[VC2] – Task 1A: Exploratory Research – Exploring the What, Why, Who and How

1. What are the current issues confronting our world today? Amongst them, what is of interest and a cause of concern to you? 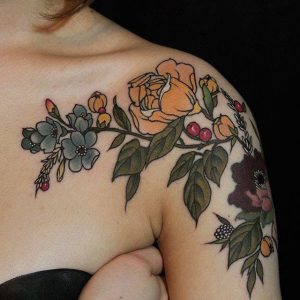 Even though people getting tattoos is getting more and more common nowadays, the negative stereotype against people with tattoos is still ever so present in today’s society. Tattooed individuals still feel stigmatized by their choice of body art. The few reasons for this negative stereotype are due to celebrities in media, the tattoo’s permanence, religious beliefs, pain, and association to tough demeanor due to media. Having tats automatically deem the individual as “unfit for working society” or “unprofessional”. Young adults find it difficult to get accepted during job interviews due to their tattoos.

I think this stigma is something we should leave in the past as we make strides to become a more accepting world. According to the article “Job Seekers Still Have To Hide Tattoos” on NPR, 20 percent of adults and around 40 percent of those between ages 18 and 29 have a tattoo.

Are we supposed to label 40 percent of the next generation that’s either entering or have recently entered the workforce disreputable? 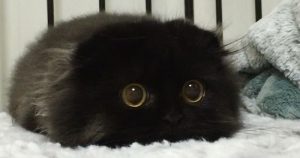 Millions of cats are put in animal shelters each year and though some manage to find loving forever homes, 71% of them are euthanized, the majority of which are black cats.

For centuries, black cats have been associated with bad luck and witchcraft or even said to be cursed. This negative and unjustified stereotype is only one of the reasons why people do not adopt black cats.

Black cats are two-thirds less likely to get adopted than white cats and only half as likely to be adopted as tabby cats. Several studies have shown the staggering preference people have for patterned and white cats. For whatever reason, a solid black coat is not as appealing or doesn’t stand out to adopters.

There are also cases where people do not think they are “instagramable”, thus being extremely unpopular to cat adopters. Even so, their fur colour makes no difference to how much love they have to give and each cat deserves a loving home.

3) Singapore’s recycling efforts are lacking even though we are a first world country. 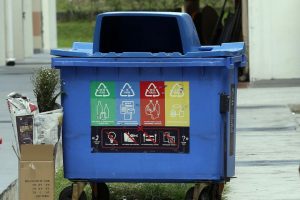 There are recycling bins all around Singapore, but why are our recycling habits still so bad?

As Asian nations call an end to importing other countries’ trash, Singapore has to step up it’s game. For 18 years, blue bins have sat at the base of high-rise flats and the entrance of landed properties in Singapore, waiting to be filled with plastic bottles, paper cartons, tin cans and other recyclable items. However, it is ineffective as not a lot of people recycle still, and there are still cases whereby people throw non-recyclable items into the blue bin. Once thought to be the key to boosting household recycling, those blue bins have ironically become the symbol of the Lion City’s lackluster recycling rates.

In the MEWR survey of 2,003 households, only 33 per cent knew that soiled paper food packaging was not recyclable. And 49 per cent were mistaken in believing that tissue paper can be recycled.

Clothes, shoes and bags top the list of items that people mistakenly think can be recycled.

As much as 40 per cent of what goes into the recycling bins cannot be recycled because they either are non-recyclables or are soiled by food or liquids.

4) Stigma against foreign workers in Singapore

Although foreign workers contribute a lot to Singapore’s society, many Singaporeans still discriminate against them and even worse, there are some cases where they bully these foreign workers. Through a recent video series by SGAG, the local media site depicted the discrimination foreign workers faced in Singapore by reading aloud demeaning tweets written by locals to them.

This just shows how un-accepting some Singaporeans are and how unfairly these foreign workers have been treated, even though there are still nice Singaporeans out there. A large part of the difficulty in accepting these migrant workers might have stemmed from the cultural differences between these workers and Singaporeans.

In an excerpt of a book titled The Future of Singapore: Population, Society and the Nature of the State, an Indian teacher, 23, commented: “… But it’s ironic that I can hang around people of different races… I find it harder to interact with an India Indian… I find that India Indians and the Singaporean Indians are very different.”

2. Why is the issue important? Who does it affect and how?

When shelters are running out of space or have animals who are not faring well in a kennel environment, they often rely on these foster-based rescue organizations to take in animals and help them find adoptive homes.

Fostering  is important because it helps reduce overcrowding in shelters and opens up space for another animal to be saved. It also helps prepare animals for adoption by giving them a chance to live in a home where the can fully express their personality, work to overcome fears, or recover from trauma.

Black cats are also most often ignored by many rescue groups because they are so hard to place. These cats are often left waiting in pounds and shelters with hopes of finding a loving home, only to be destroyed once their time is up.

Humans tend to be ignorant and discriminate among ourselves, and it is really sad that we are like that towards animals too. It is pretty unreasonable to black cats when their lack of fostering is only due to humans being uneducated and stereotypical. Black cats have been wronged by us and they need love and a safe home too.

3. Who do you need to communicate to and why?

Need and effect anticipated from target audience: The goal is to spread the joys of owning black cats as well as encouraging them to love not just white and spotted cats, but also black ones too. There is a need to dispel the myths of black cats being unlucky or cursed as that is pure superstition and based off pseudo psychology. The first step is to raise awareness of this issue that is often overlooked in animal welfare and rights.