Listen to my presentation here!

Hi everyone, Bella here. Thanks for all the feedback from two weeks ago. I refined my concept base on it and more research.

So maybe at this stage, it is too ambitious to set prisoners as the target users. As it will be difficult to study the target and test my hypothesis. Therefore, I decided to choose another segment, children. As I mentioned before, playing educational and non-violent computer games in moderation has positive impacts on people such as developing cognitive skills, inductive discovery and problem-solving skills through trial-and-error learning and. Empirical evidence shows the hypothesis that cognitive skills learned in playing computer games can be transferable to other tasks. Also, a Japanese study shows that children play computer games have better sociability as compared to nonplayers. One of the popular concepts claimed that children who play computer games are more isolated, yet research shows that there is no correlation between the playing game and the popularity of children in school. In addition, computer games were used as tools for psychotherapy sessions which were considered as more effective than traditional methods as computer games provide a common ground between the therapist and patients. It provides better assistance in behavioral observation. All in all, the educational impact of computer games is achieved with the immersion effect that allows the players to immerse themselves deeply in the virtual learning environment with the concentration on the goal. The players would pay more attention to learning materials embedded in the game. As compared to other media, such as books, movies, and theater, the computer game can provide a stronger sense of presence because of its interactivity.

Therefore, base on the studies, my hypothesis for my final year project is that: daily interaction with voice-based avatar games might be able to improve children’s social behavior. Let me break it down. First, I would like to explore the voice interface as natural language is a more intuitive way for humans to interact with the computer. The voiced game will be enabled by text to speech technology. Voice interface makes it possible to tailor the voice character to the user. Based on the similarity attraction theory people find the voice that is similar to their personality more credible. Hence, the voice interface has a lot of potential in persuasion and teaching. Secondly, an avatar is the digital representation of the user. According to the Proteus Effect, people have the tendency to be affected by the characteristics of their avatar, and their behavior shifts in accordance with their digital representatives. So we might be able to use a positive avatar to reinforce positive behaviors. Lastly, this game might be the common ground between parents, teachers, and children to assist teaching and make learning more interesting.

To conclude, this will be a research-intensive project. The process includes research, design, prototyping, and experiments with the target group. Then, the research result will be used to develop digital education tools for children. The end product will be showcased at the final year project show. If the educational game works on improving children’s social behavior. Then, with the right adjustment, it might have the potential to teach more people in the future, such as the prisoners.

That’s all for my update. What do you guys think? Please leave your comments below. Thank you! 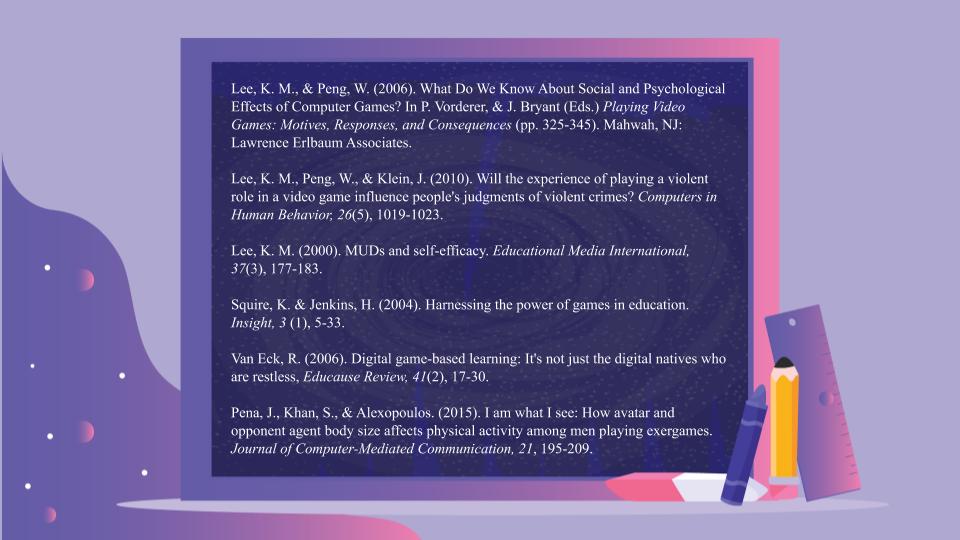 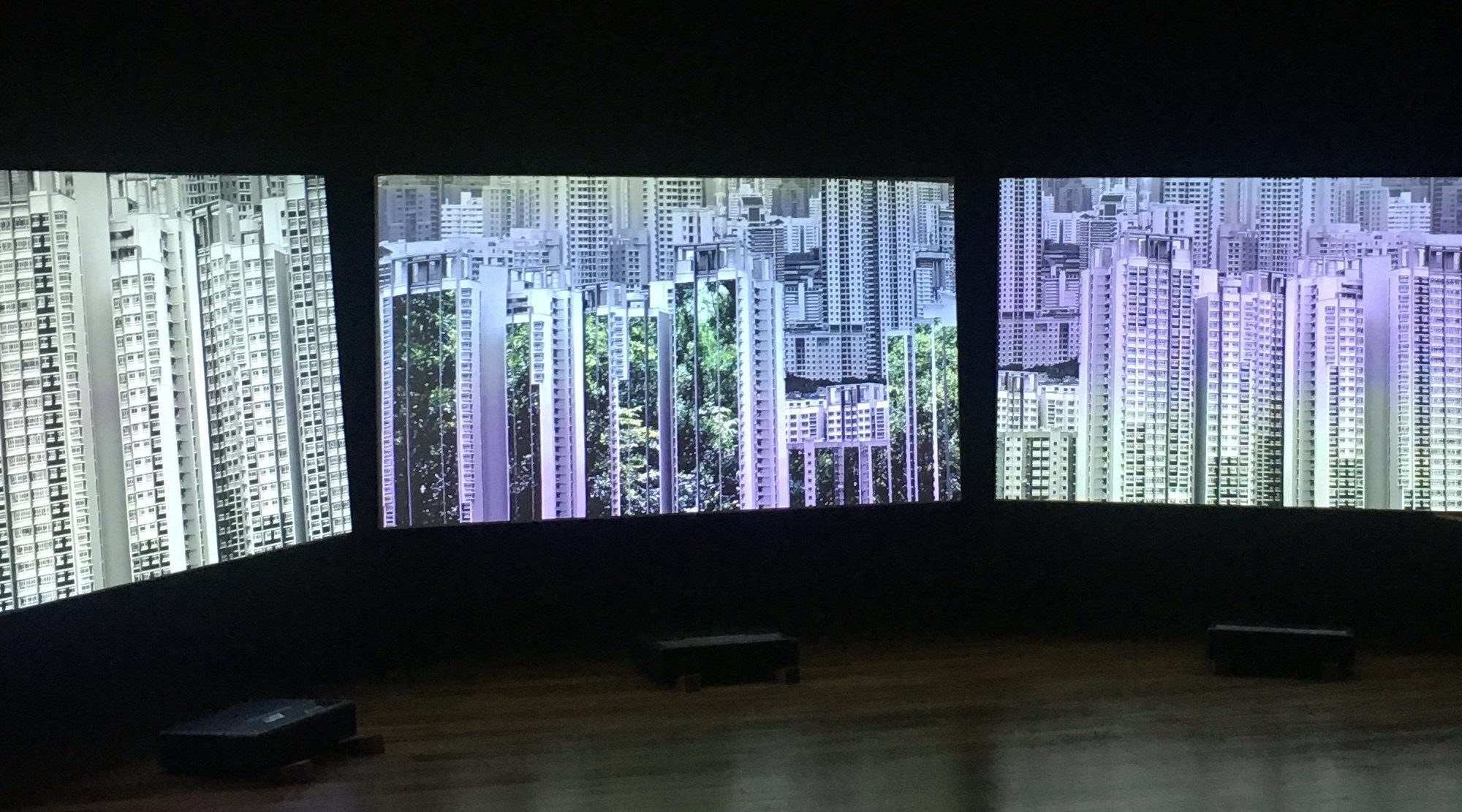 Singapore Biennale 2019: Every Step in the Right Direction explores the possibility of art, the artist and the audience considering the troubles that the world is going through. Every effort put into the making, sharing, and experience of art might encourage the actions to make the change for better. The exhibition holds the beliefs in the potential of art to turn the table around. Tomorrow is An Island, as inland, a sin land is related to the larger theme of the Singapore Biennale by questioning the future that we are moving towards “ What kind of future(s) can we imagine for our current conditions of precarious migrations, securitized fears and asphyxiated commons? … How can the disruption of nature/culture binaries foster more-than-human entanglements?” The artists from Switzerland and Singapore responded to the questions with their artworks. Similar to the other Singapore Biennale exhibition, we could experience the Tomorrow that artists had imagined in the ADM gallery space Now. 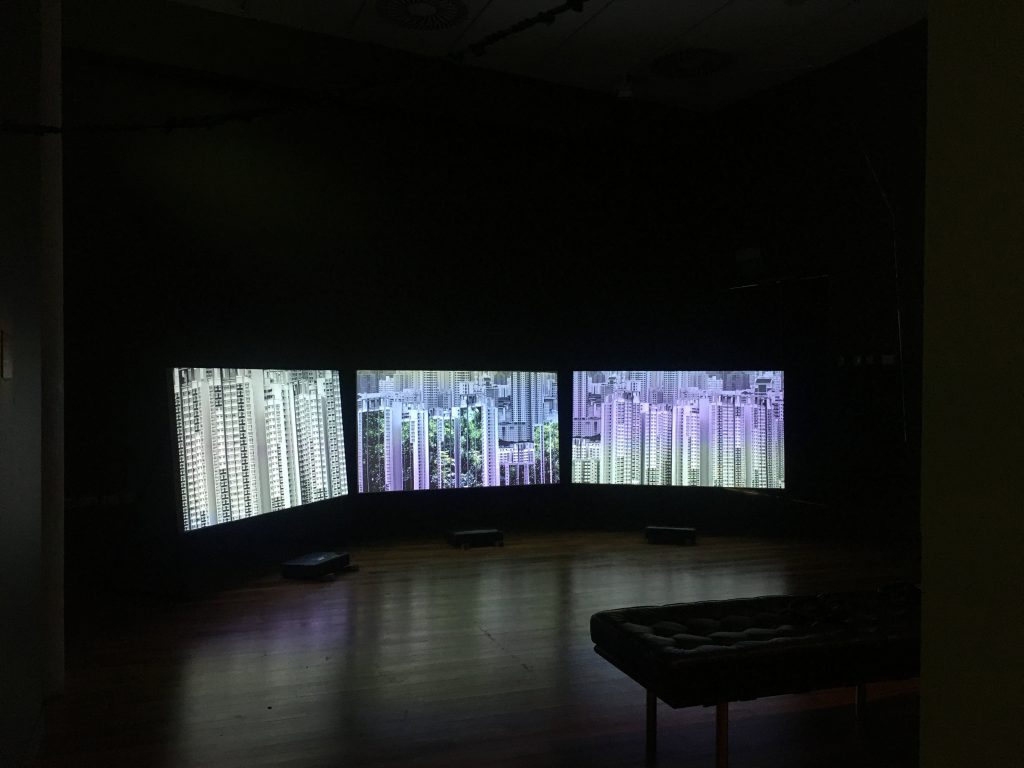 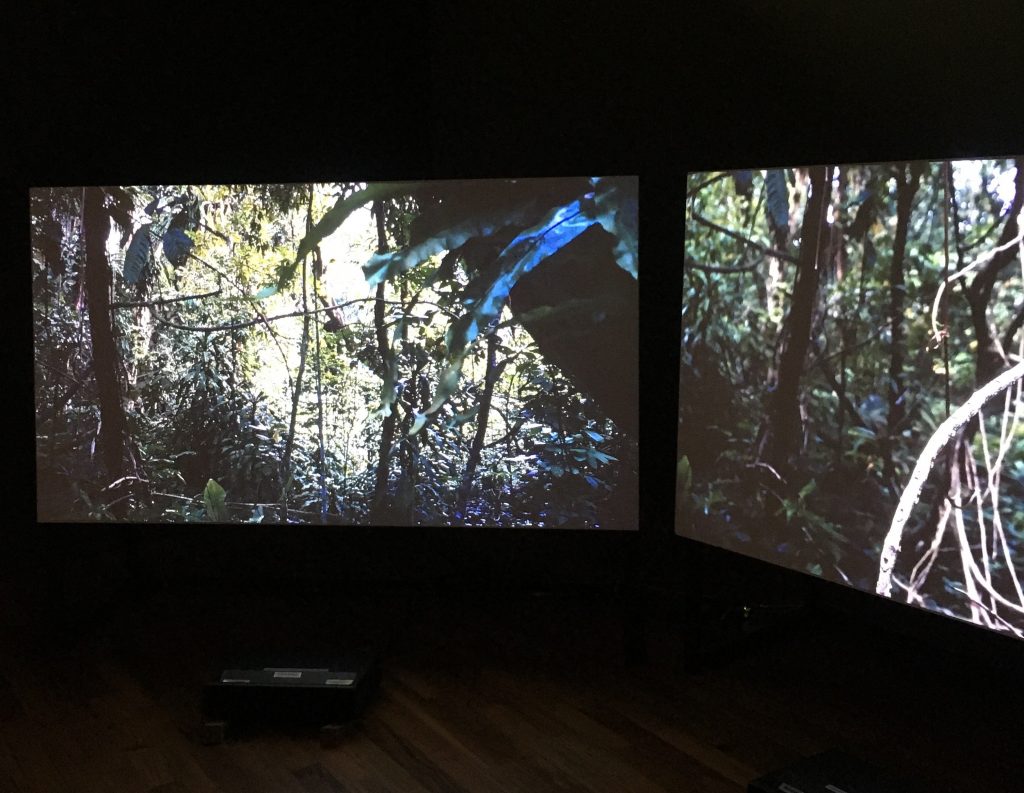 Further, Tomorrow is An Island is a much cohesive exhibition where all the exhibits are interconnected in the space yet having their own charms. The space at the ADM gallery is smaller as compared to the National Gallery and Gillman Barracks. I think the experience at the ADM gallery is more immersive as all the walls are painted green., and the letter by Damien Christinger runs through the walls. It invites the audience to follow through the narrative and immerse themselves in the gallery space. One of the artwork Forest Tales and Emerald Fictions caught my attention at one end of the gallery. It is curated by artist Monica Ursina Jager (Switzerland and UK) whose work explores the relationship between the natural environment and the manmade infrastructures. Forest Tales and Emerald Fictions is a looping 3 channel video installation. The videos walk the audience through the dense skyscrapers, the forest, the mix of both and repeat. The narration is a Singaporean woman talking about her memories of places when she was young, and it plays through the headphone that cancels all the noise around. Finally, the installation questions the forest’s sustainable role in the future of urban planning by layering the visuals to create the co-existing of nature and manmade. 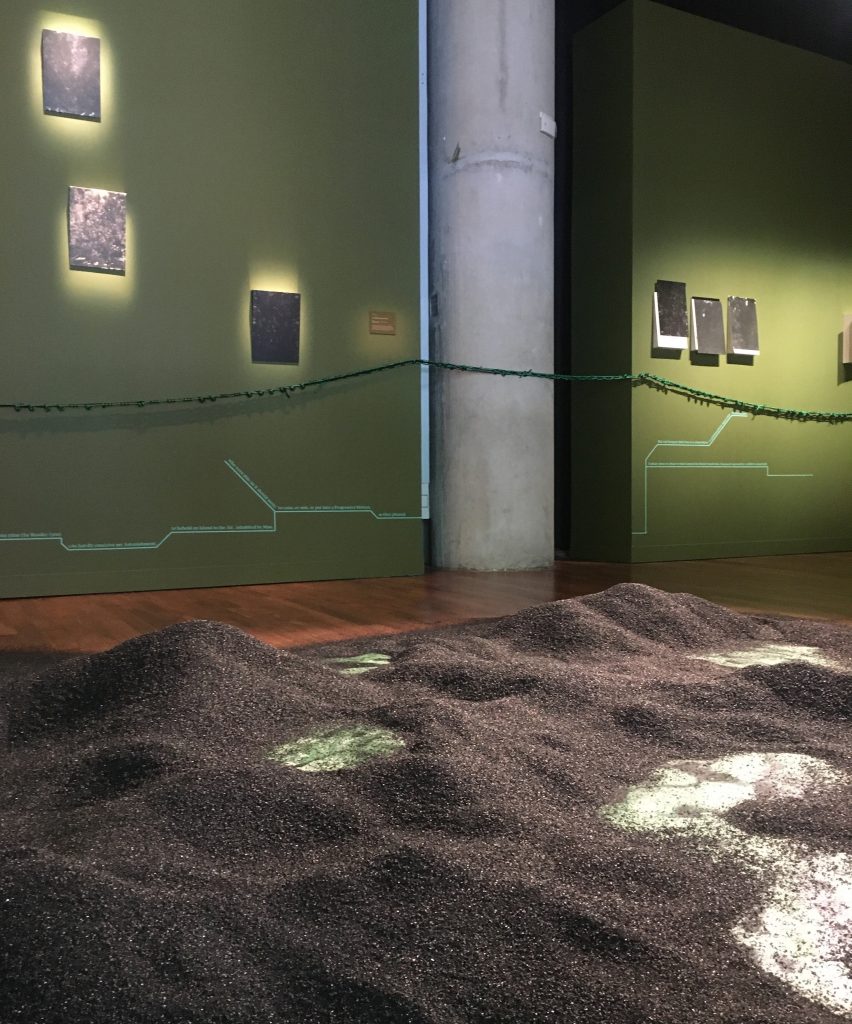 All in all, Tomorrow is An Island and the larger theme of Singapore Biennale both questions the well being of the future world. The exhibitions at National Gallery and Gillman Barracks offer a larger quantity of various artworks while ADM Gallery presented a more cohesive show. I could almost feel the conversations between the artists when I was in that space.