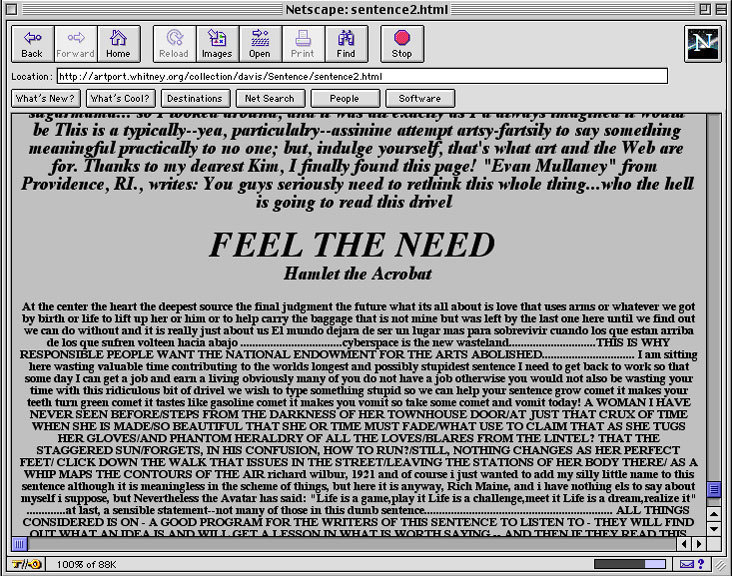 Douglas Davis, the creator of one of the earliest artwork on the world wide web, The World’s First Collaborative Sentence 1994. It allows everyone to contribute words, video, photographs, sounds and etc. to this long sentence in the collective third space. It was commissioned by the Lehman College Art Gallery, Bronx, N.Y. and The City University of New York, with the assistance of Gary Welz, Robert Schneider, and Susan Hoeltzel. Up to date, there are two versions of the sentence. One is the historical version and another is open to new contributions.

The sentences added are various, as it had been edited for a lot of time by Anonym. I contributed to the new version of the sentence that came to my mind when I was doing the research (screenshots above). I am now part of this collective artwork. So there is the question, who is the author of this online artwork? According to the essay, The Work of Art in the Age of Digital Reproduction (An Evolving Thesis: 1991-1995) by Douglas Davis, this is the first artwork that is multiple in authorship. It also has unconventional time-scales, since it can be edited anytime.

Another example of online collaboration project is called Duolingo, a free language learning platform with 200 million users. It seems to be an ordinary language learning app. However, collaboration is happening seamlessly. The users are actually translating the web while simultaneously learning a language. It extremely costly to employ professionals to translate the webpage, and computer translation is not accurate sometimes. Duolingo collects and combines the different versions of the translations to obtain the most accurate result. Translating English Wikipedia to Spanish would take only 80 hours with 1 million users. Moreover, this platform is free for both the users and web translation. Thus, this online collaboration seems to form a common thread among peers.

In reviewing the histories of artists and technologists engaged in open source ways of working and thinking in the digital age—despite the corporate influence of technology companies, social media, and big data—it appears there is a compelling path toward open, non-hierarchical approaches to peer-to-peer cultural production.

All in all, The World’s First Collaborative Sentence and Duolingo do have something in common that they gathered the “puzzles” around the world to create the piece of work, which is probably impossible to achieve by an individual. It seems that the online collaborations are efficiently creating incredible artwork, and contributing to the human knowledge. 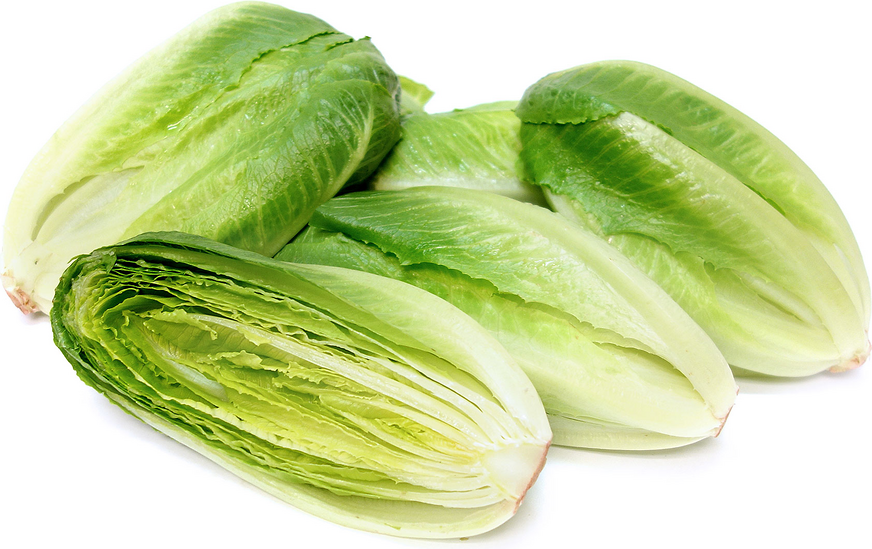 Read this essay and reference in the writing assignment below:

The tradition creation and production of art had transformed from physical space to cyberspace. The world we are living today is connected to the internet, and our lives are involved with all kinds of social interaction including art and education. This phenomenon could probably be traced back to the 1960s and 1970s when personal computers, networked computing and graphical user interface (GUI) were invented. The boundaries between art and science started blurring, due to the rapid development of the Internet. Artists and designers were able to artists and designers to collaborate globally. In the mid-1990s, open source studio (OSS) was first used cooperatively with browsers that are non-profited or with limited profit sharing.

Further, OSS has been used at NTU School of Art, Design, and Media after professor Randall Packer joined. This platform allows ADM students to share ideas, techniques, and aspirations. Students are no longer constrained by the physical arrangement of the classes. A project is not a singular task of individuals. Instead, this network encourages collaboration (DIWO) and experimentation. Students are free to appreciate, comment and share each other’s works.

However, OSS is facing the challenge of the current situation where some artworks are only exhibited with profit-driven organizations. Therefore, some artworks are only able to reach a limited amount of audience which is probably restricting the creativity and productivity. In addition, there is conflict between OSS and proprietary model. According to Richard Adkisson, the belief in high levels of intellectual-property might control over the creative process, as creator might not allow accessing certain sources legitimately for innovation.

All in all, open source studio is beneficial for the art and education. It is because it allows artist, student, and educators to share information and create collaboration opportunities in the cyberspace. However, the profit-driven market and proprietary model seem to go against OSS, as the result of limiting the creative process.