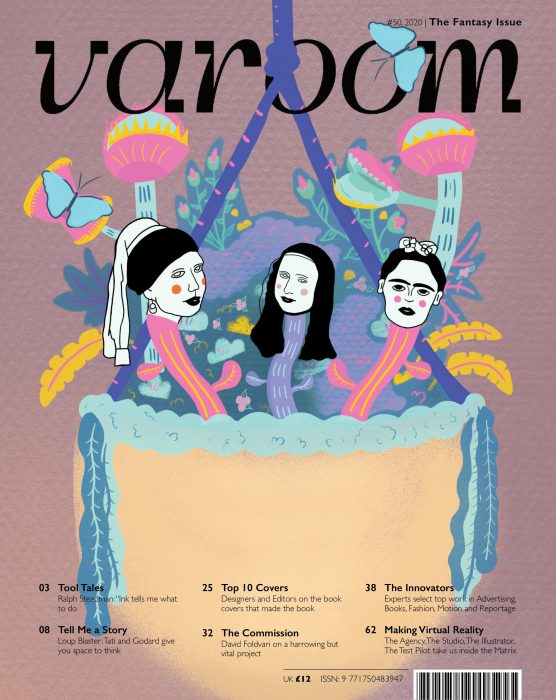 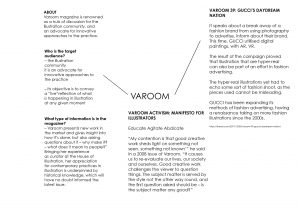 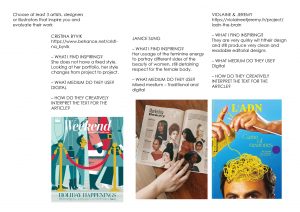 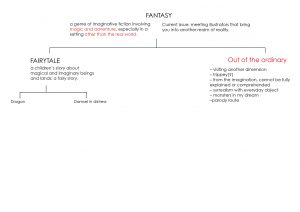 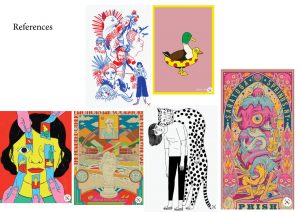 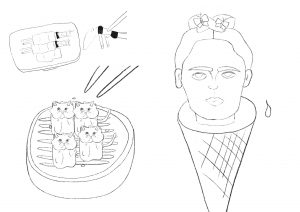 The initial stages of ideation was to involve food into unconventional objects or living things. As I was beginning to sketch and formulate a direction for this project, I found myself doodling food and animals and girls. Therefore, you can see the Siew Mai Cats, the Frida Kahlo ice-cream and girls in the prawn rolls! (Funny how they are all my favourite snacks!)

After consultation, I was advised by Lisa to dive in deeper into the meaning of Fantasy and what does it mean for me? Given a few references below, 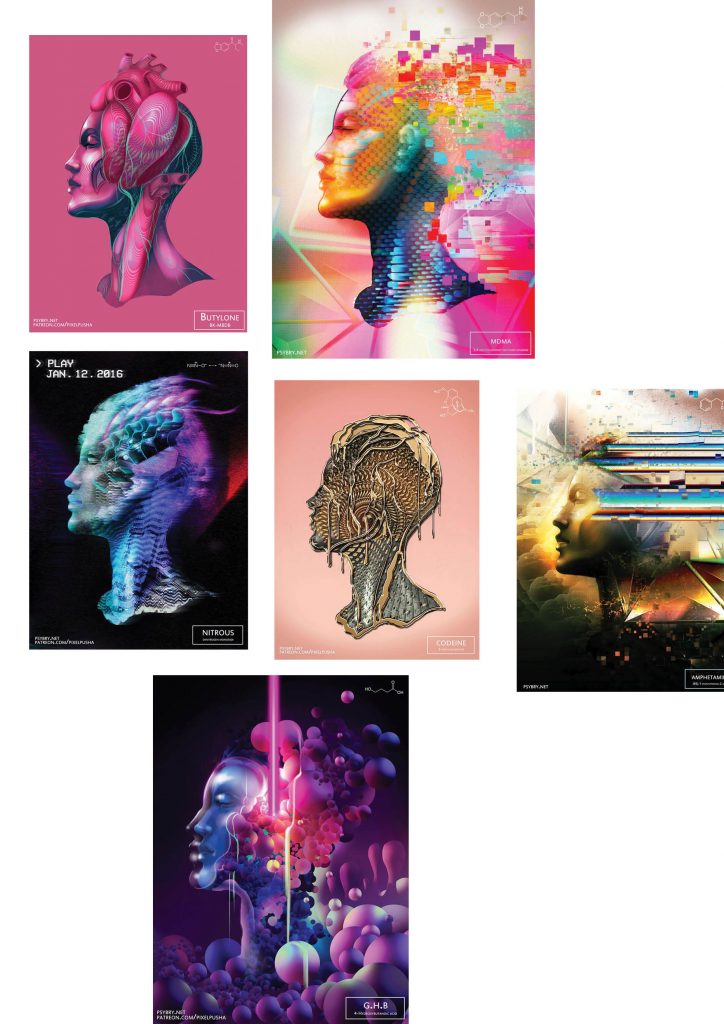 After viewing how Brian Pollett portrayed his idea of the after effects of drugs and the relationship between drugs and art (pixels), I decided to start on a blank canvas and relook at the meaning of Fantasy in my own interpretation.

After brainstorming, I realise that I am intrigued with the idea of botany, serpents and girls all at once. Growing up as a Christian, my religion exposed me to the idea of the good and the evil – gaining inspiration from the garden of eden and the forbidden fruit. As an old scripture that explains the curses then made to men and women, I wonder about the unexplained and the explained. What is an extension of the real world (of logic), is magic or imagination just part of the science of illusion? But, things left unexplained are totally fine! This gave birth to my interpretation of Varoom Fantasy Edition 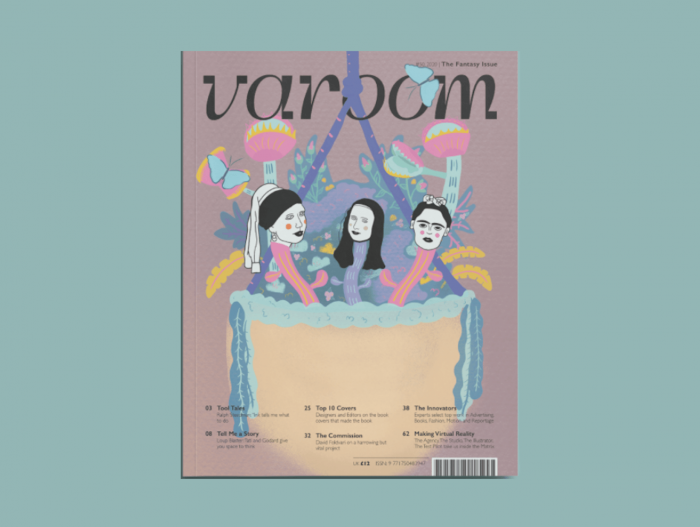 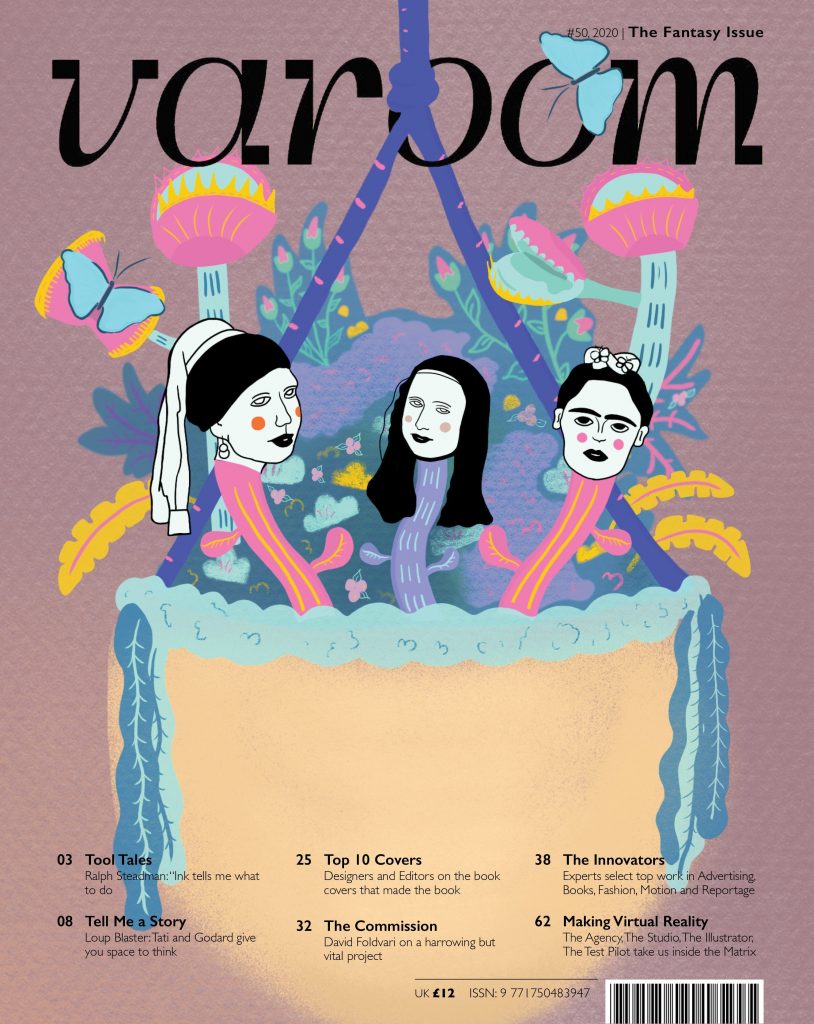 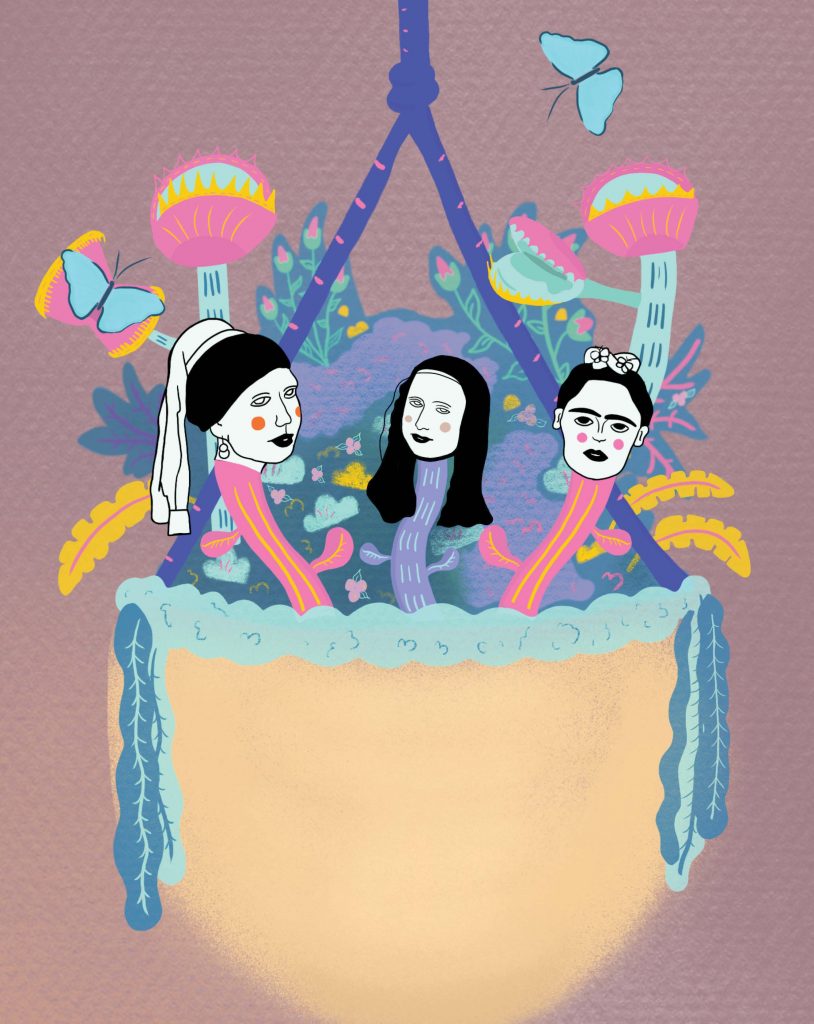 Fantasy is a genre of imaginative fiction involving magic and adventure, especially in a setting other than the real world.

I wanted to explore Fantasy in the form of the art scene’s conspiracies infused in a botany, flora and fauna setting.

The contained mini version of God’s garden of eden, depicted in a form of a basket of plant life, mirrors that of God’s creation of our world that also contains the good and evil. (The fruitful plants and the Venus fly trap – carnivorous plant)

The notable faces – The girl with the pearl earring, Mona Lisa and Frida Kahlo. The conspiracies circling these women (fiction and non-fiction) brought about the idea of the illusions and the seen and the unseen.

Facts and background about these women 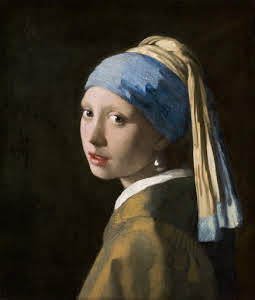 It was speculated to be the artist’s daughter, yet was argued to be classified as a type of work that is called a tronie. “Tronies are paintings that focused on the face of a subject with an added element of fantasy or an exaggeration of expression that differentiates them from portraits.” The identity of the girl created mystery and curiosity to art goers.

Mona Lisa (the subject of the painting by Leonardo da Vinci) 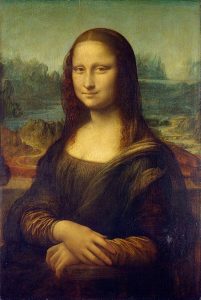 Many thought that the gaze of Mona Lisa follows the viewer no mater where it is viewed at and has been debated to be haunting and feels like you have been watched by Mona Lisa herself.

The smile has been interpreted differently from many people. It is also deemed to be ever changing depending on the angle it’s viewed at.

3. Identity of the subject.

Although it is widely known that the sitter is Lisa del Giocondo, there are a shortage of definitive evidences and many fuels alternative theories regarding the subject of the painting.

Frida Kahlo (the person and the subject 55 self portraits) 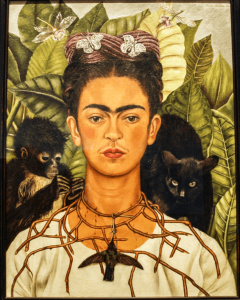 Being born in 1907, Frida changed her birth year to 1910. She had a series of near death experiences throughout her life time of which made her isolated and alone which resulted in many series of self-portraits which she quote, “Because I am so often alone….because I am the subject I know best.”

She is best known often known for her portraits mixed with autobiological elements, realism and fantasy, that made her more than a person, but also an icon. Her physical and painted self blurs the living and the non-living. 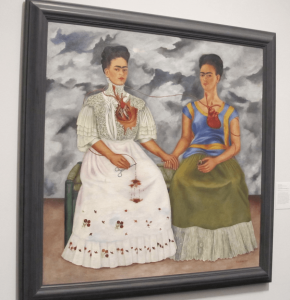 The fantasy about the unknown and the known, the living and the non-living is blurred through a paradoxical combination of two elements from two different spectrums. The colours used are bright and enticing, very much like a sweet indulgence of mystery that allures people’s attention and gazes and embodying the visual myth of enchanting gardens, contained. 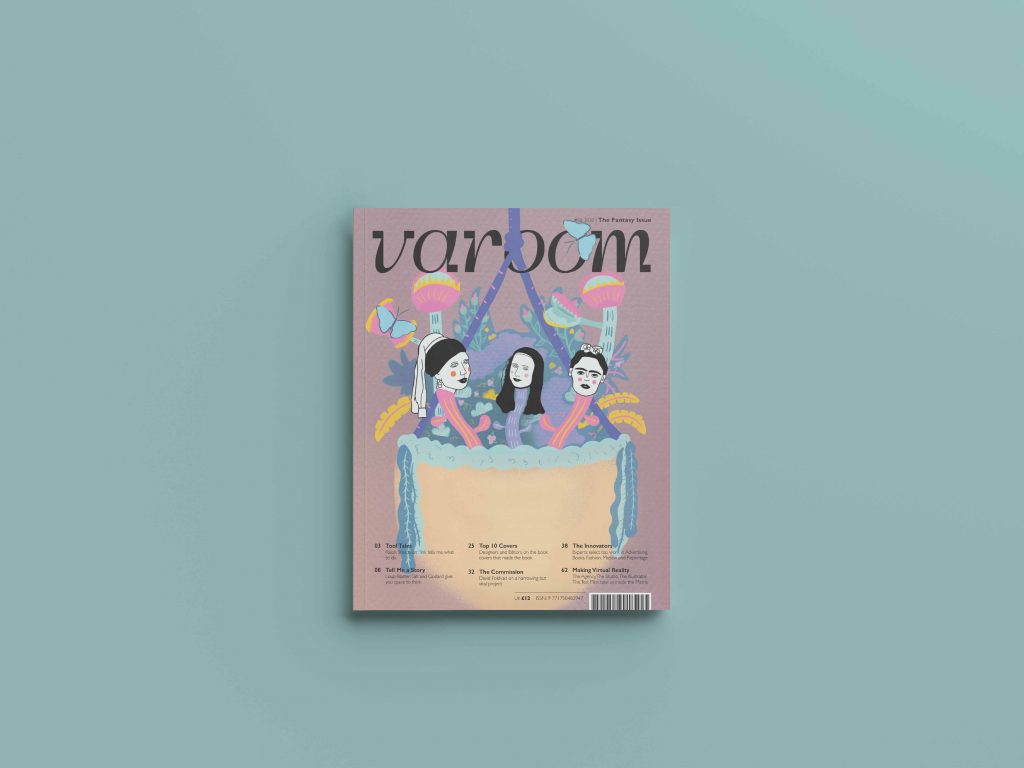 15 Lovely Facts About Girl With A Pearl Earring

During lesson, Lisa gave us a huge A3 paper and tasked all of us to draw a favourite piece of clothing in the wardrobe, favourite story book and our front door! 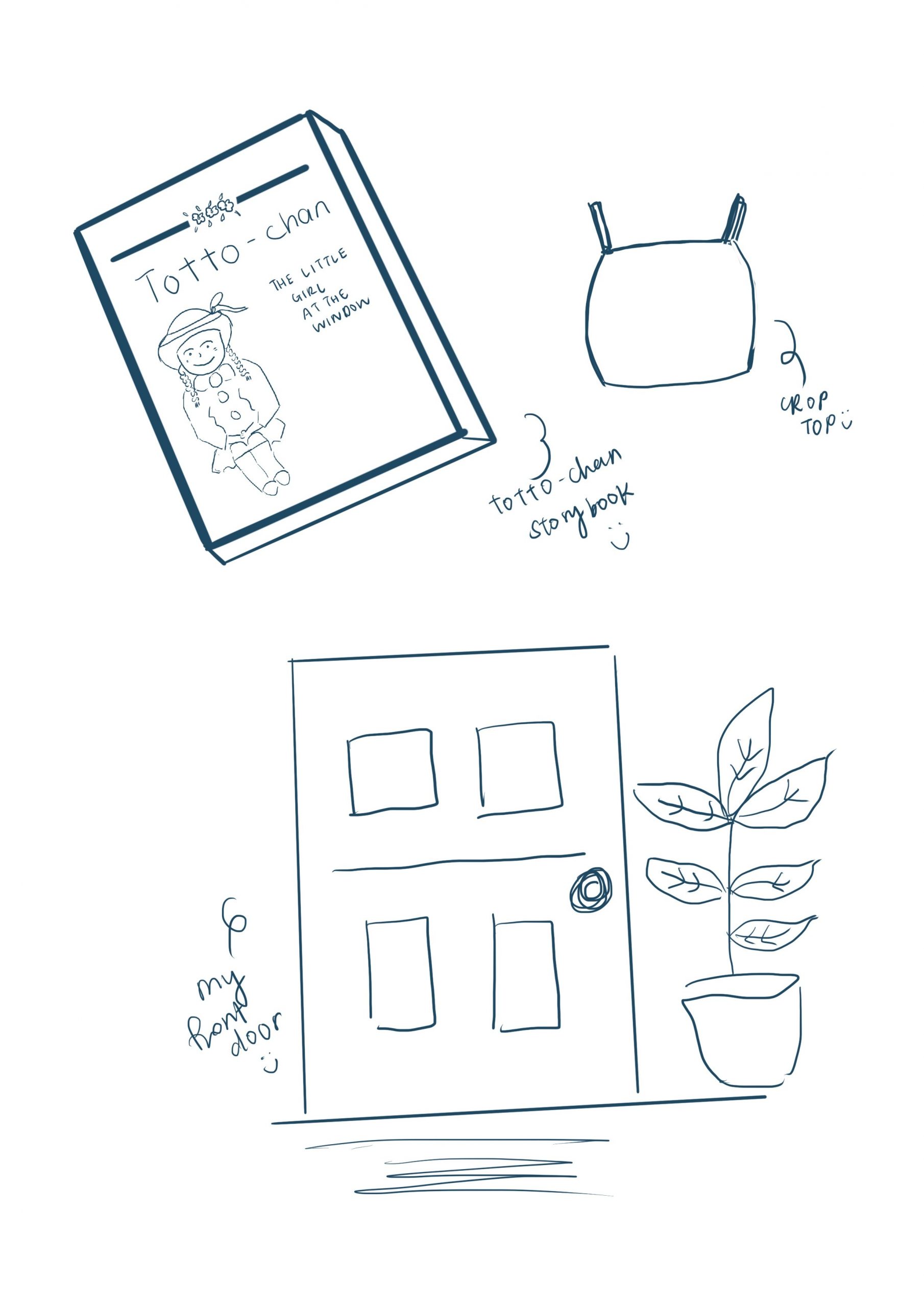 I took a bit of time to actually think about each item, visualising and them and trying to draw them from my memory was a little bit tough!