My slogan is “>esign” or “Greater than Design” that aims to portray the art scene of Singapore as more than what it already is. As people put more attention and value on deign in Singapore, the Design week is a celebration of that phenomenon and a vast change in perspective. Of which I used a rising sun that portrays the “new light” people have on the topic of design and the art scene with a splash of memphis elements portraying a celebration.

As mentioned in my previous post on my visual research, I had some slogans in mind, namely “>esign” (greater than design), “Springing into >esign” (springing into greater design”. 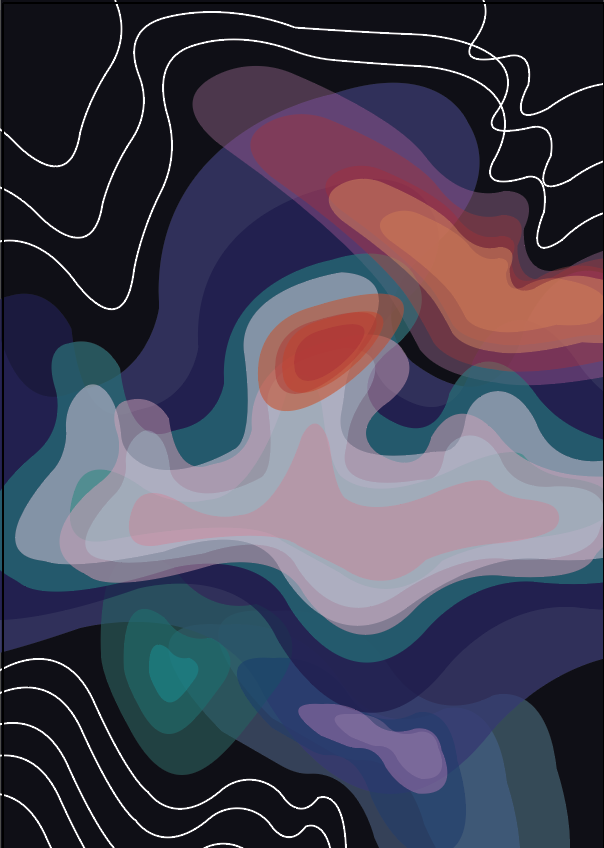 Initial phases of 1 was inspired by the moodboard I put together as seen on the previous post. 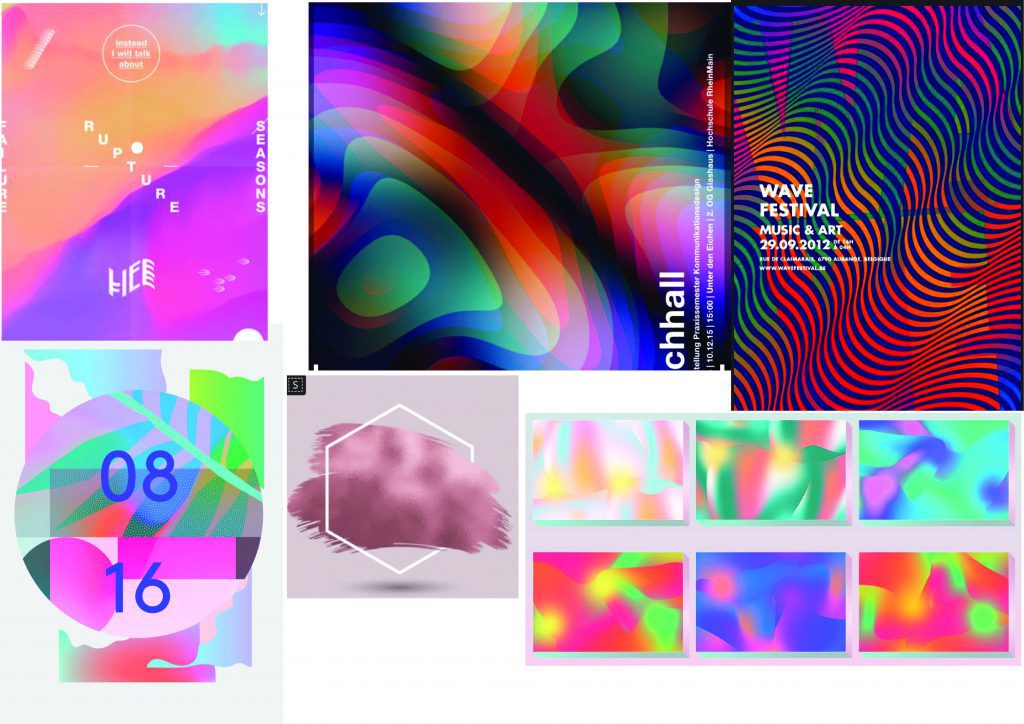 That includes fluid shapes that plays with opacity. I thought these effects gives off a mysterious impression, a foggy channel forward. Linking it back to my concept of >esign, it might show an onward lookingness, with the use of vibrant colours and inorganic shapes. 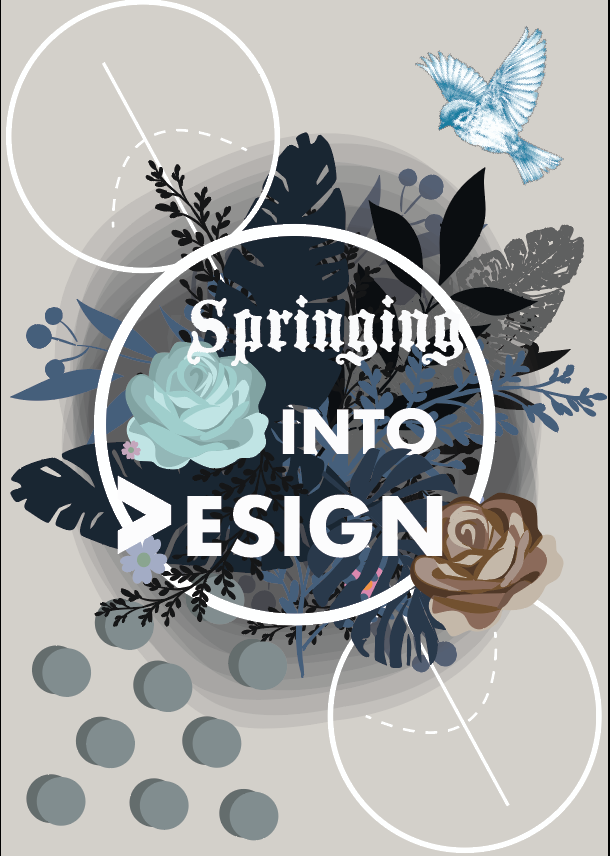 Initial phase of 2 for “Springing into >esign” looked more like an invitation rather than a poster and it looks more personal than for commercial uses. Hence, I decided to scrape the entire design. 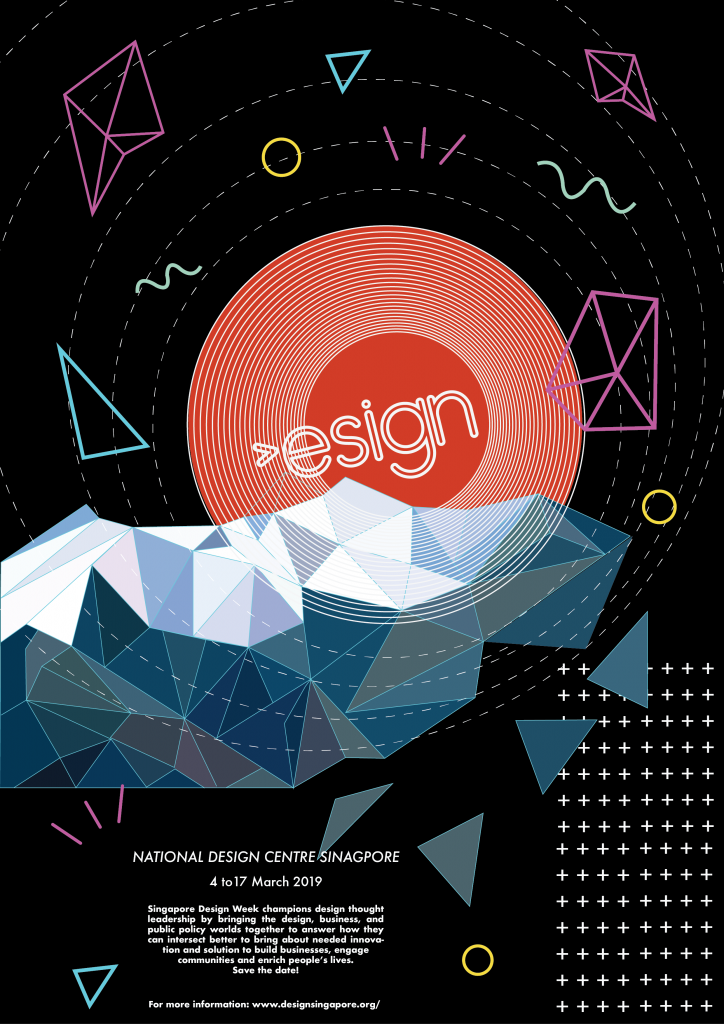 Design 3 is a brunch out from design 1. I added memphis elements to create a sense of playfulness and a black background to portray a vague future. However, it was seen as having little relation to help to reinforce the concept and the “>” looks vague.

Relooking at my concept, i thought settling on a specific art movement will streamline the thought process in coming up with my design.

a trend in the creative arts that shows the influence of depictions of the future produced in the early era.

If “futurism” is called a “science bent on anticipating what will come, retrofuturim is the remembering of that anticipation.

Since “Greater than Design” has the element of forward-looking and yearning for the future, I thought RetroFuturism art movement is in line with my concept, hence I decided to adopt it. 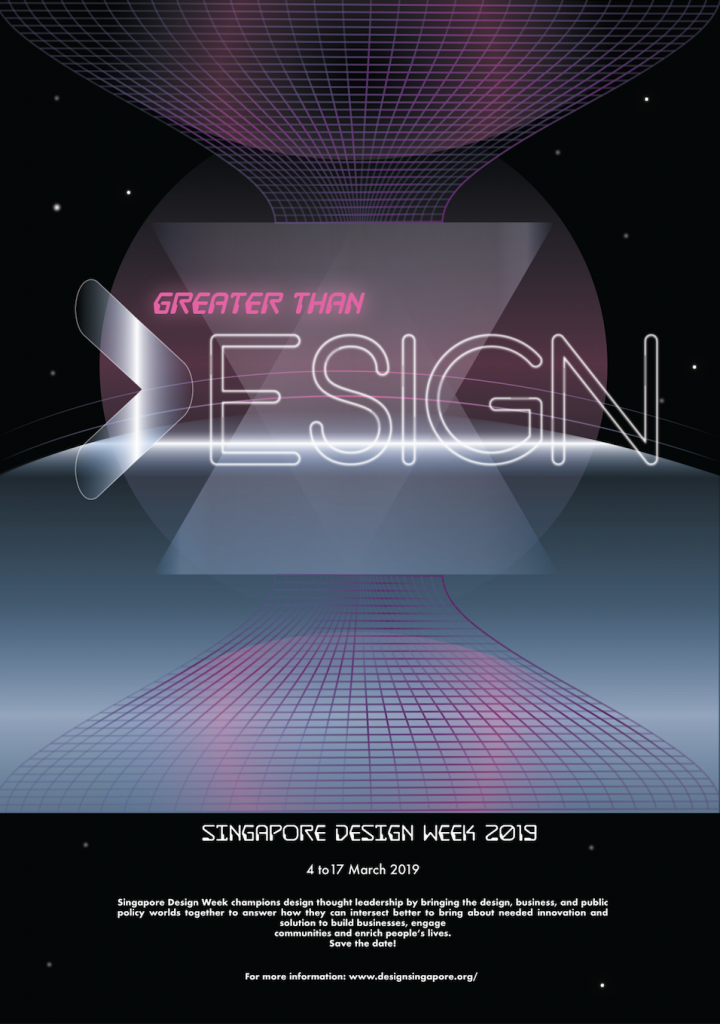 Design 4 was born, using inspiration from the retro-futurism art movement to try to bring out my concept more. I played with gaussian blur to blend out harsh lines and to give a glowing effect.

Some feedbacks I got was that the black block of information feels harsh and sudden. Additionally, the I font chose seem really stiff. Also, more movement can be introduced to further bring out my concept, playing more with “>”. 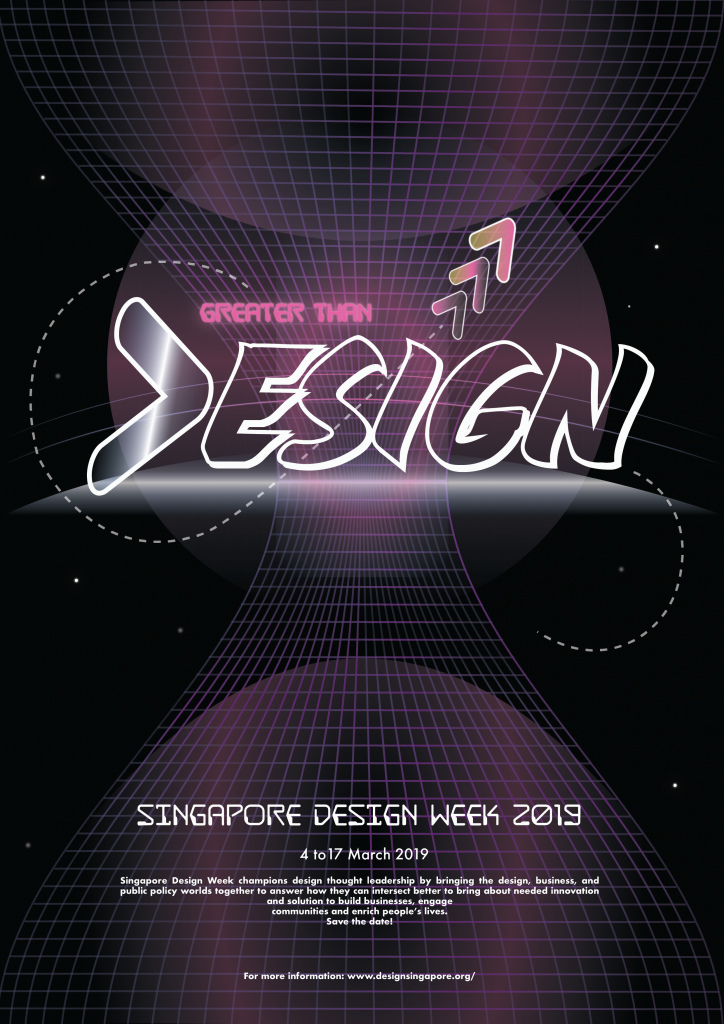 With much diversion at the start and feedbacks, design 5 was submitted. I chose a more fluid font in the end, trying to blend the “>” sign more as a vague “D” to poke people to wonder about the slogan and the sign itself.

Concluding this project, I got to consider more about the elements I put on a single page that will blow up in size (looks much smaller on my screen). The hierarchy of elements, what you want your audiences to see first? What to see next? Will your audience view your information (fine prints?) Many to points to consider. Also, how the elements you use on the page communicates your concept.

I got to experiment the aforementioned points through this project. I thought with the given amount of time, I had solved most of the problem areas with the design. It was a tough ride, but looking at the A2 final product placed along the corridor was somewhat a bittersweet moment! 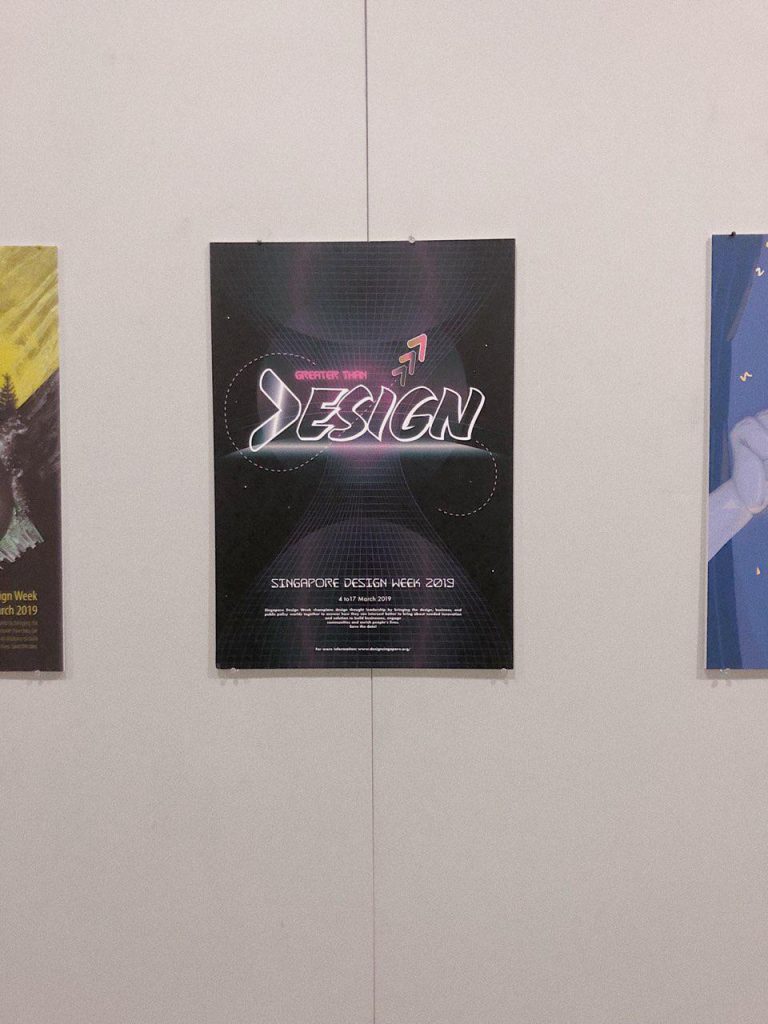