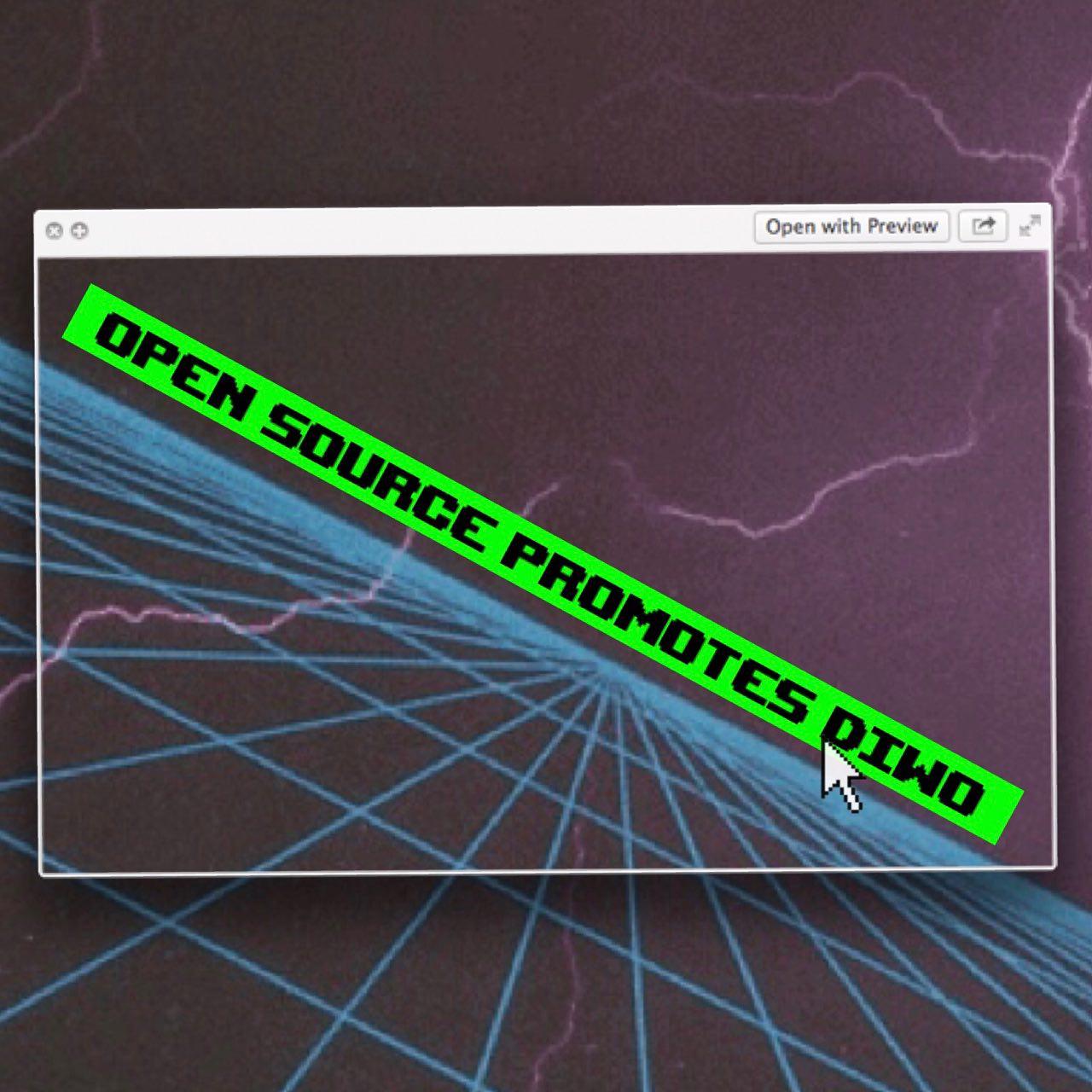 Summary of the readings

Open Source is a platform where the community can access to shared information, utilizing the human capital to a greater extent. Stemming from the hacker culture, Open Source, liberated the otherwise restricting and inflexible means of creative production, promoting DIWO (Do It With Others).

Open Source allow for virtual sharing of content using the World Wide Web on cyberspace. This has largely shrunk the “distance” between artists and viewers of art. Responding against proprietary models, Open Source, has made creative productions a common good, available to the mass without monetary profits. In the case of Open Source softwares like Linux, the accessibility to the source code can allow for alterations by innovative programmers to execute a modified programme. As such, the concept of Open Source has turned the World Wide Web into a platform for synergistic interactions of the mass, updating or enhancing current information.

Before the liberty for synergistic interactions, restrictions were imposed, putting a price tag to the accessibility to datas. That led to a rise of hackers. Richard Stallman, a researcher of MIT AI Lab and the father of the idea of Open Source, pushed for the idealization of the concept. As a hacker, he provided free UNIX (operating system) under the GNU project as he thought the proprietary model was discouraged openness and the exchange of ideas. Linux and GNU are some prominent examples of liberal softwares with Open Source development in the 90s. A basic license called the General Public License (GPL) was implemented, allowing for modification and distribution of softwares. Owing to Stallman’s leadership in the Open Source field, the Open Source culture still continues today, benefitting billions.

A more detailed and concise history of Open Source can be found in the infographic below:-

The decline of traditional proprietary practices has allowed for a more collaborative art scene, highlighting Yochai Benkler’s idea of “peer production”. In fact, the essence of Open Source requires for collaboration and inputs from the masses, otherwise the concept is considered futile. The Open Source culture make ideas and information as readily accessible as possible, leading to more gain than loss to the community. Traditional proprietary practices is a more isolated and individualized way of creative production, more contained within an atelier. Per contra, Open Source creates a mean for sharing and collaborating without a gatekeeper. Aforementioned in the first paragraph, Open Source creates virtual interactions for inputs. This creates a constantly advancing and conclusive community of sharers, creators, learners and teachers, promoting DIWO.

To end off, below is a video about the origin of Open Source and interesting facts about it:-

What is Open Source? // your phone probably runs it! (WITH LEGO) by Danielle Thé

Technological advancement plays a key role in allowing Open Source to strive. It is with the access to computers and the World Wide Web, does it allow the mass to contribute and receive inputs. Technological advancement globalized the world, shrinking “space” and “time”. Please Change Beliefs by Jenny Holzer discussed in class is an apt example. With the “third space” available, people from different countries are able to gain access to the site, crippling the physical distance. Also, since it is available 24 hours, assuming to infinite time, the site technically compiles inputs from the people of the past, present and the future. Essentially breaking the barriers of actual space and time, Open Source is a marvellous tool that continues to exponentially advance us as a community with DIWO.

In fact, in ADM itself this practice is prevalent, with our very own Open Source Studio (OSS). The community based sharing and collaborative site allows for the display of creative productions online (yet not restricting the nature of the art work, tradition or digital mediums).

Peer-to-peer interactions can be seen with the comment section open for insightful feedbacks or comments. Ergo, such platforms continues to inspire the newer generation of creators.