Using Gudak, the mobile application, I created a mock up of the ideal outcome using Photoshop. 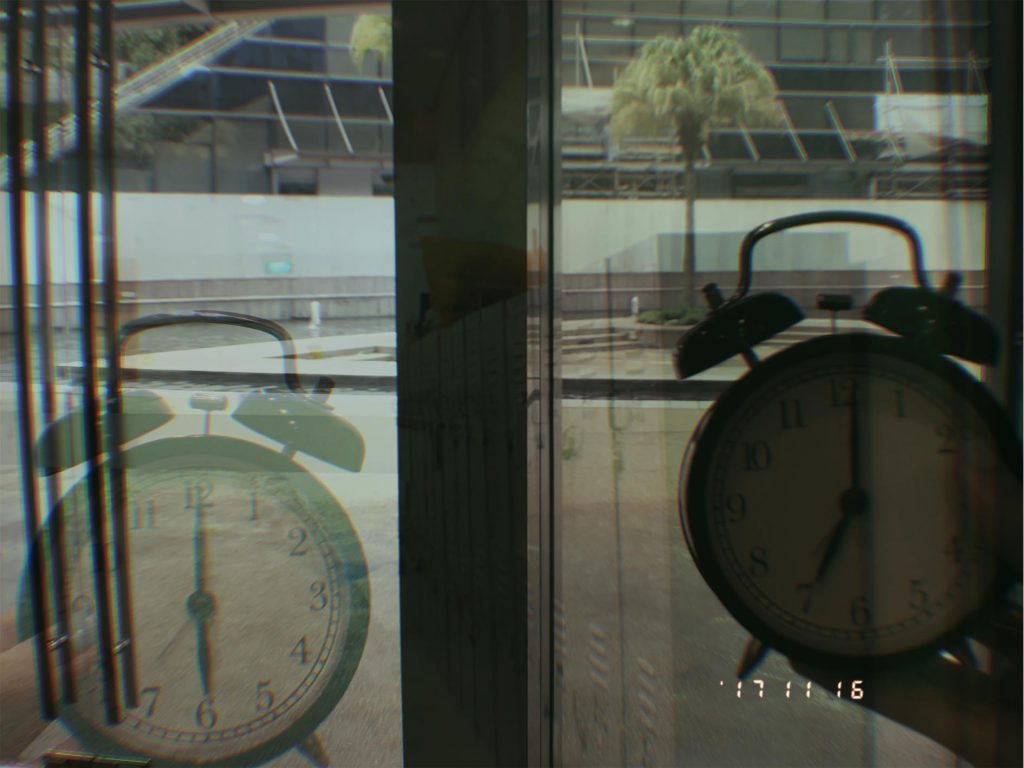 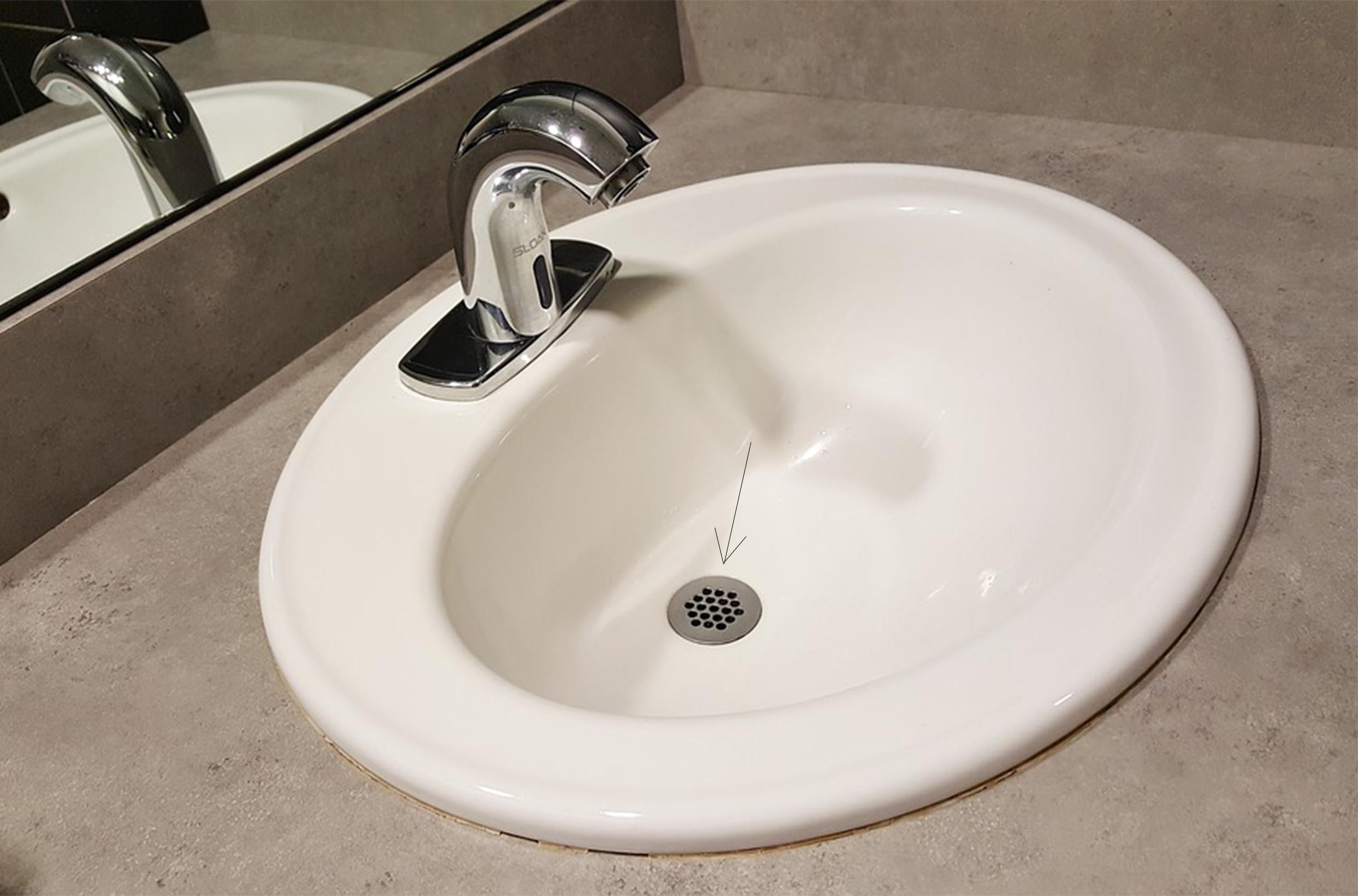 Sink-ing [(present participle) / verb: sink], the state of being in the sink. “i found myself sink-ing the other day, this was what happened..”

Before diving right into the project, we were to list down places we have not been before and the toilet pipes were on my mind..

Thereafter, create a 1-minute film on how we would perceive the location.

So I decided to go along with a sink… since I thought recording the sounds of water will be interesting!! Playing with perspective, I made the audience to be the in the first person view in the film. Shrinking them into a small creature who can fit into the scene, I added a tiny narrative along with it and a cliff hanger at the end of the film, where the audience can start to imagine what might happen to the tiny creature hiding in the sink. 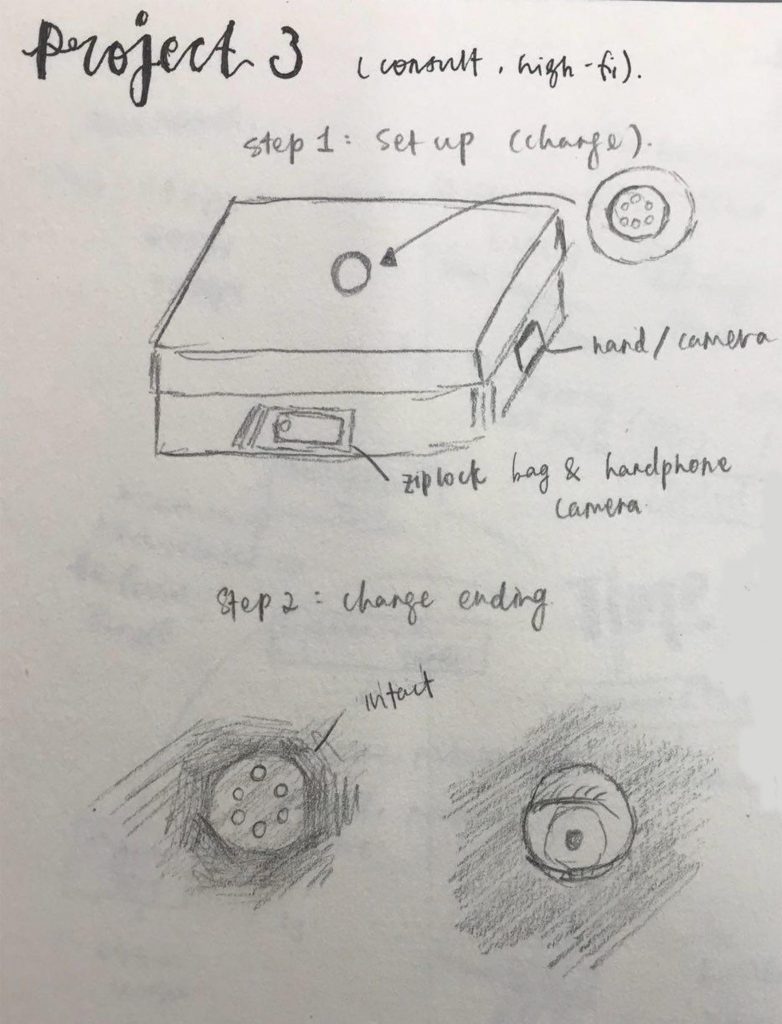 – the panting, loud to soft

– the gasping, sudden loudness, then dying down

-the panting and gasping. 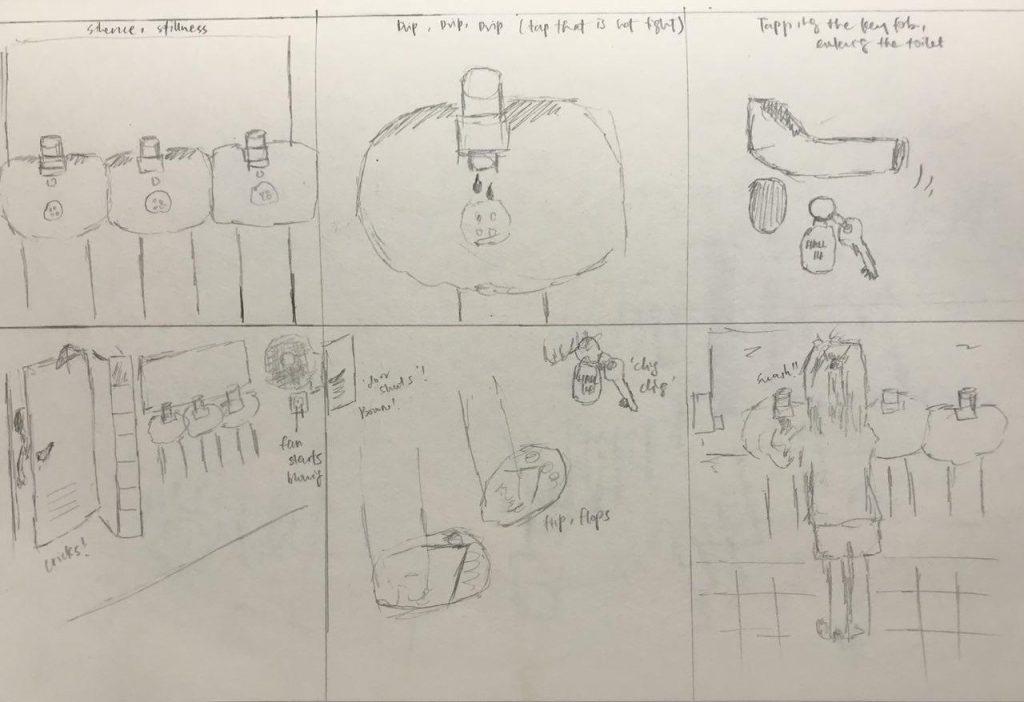 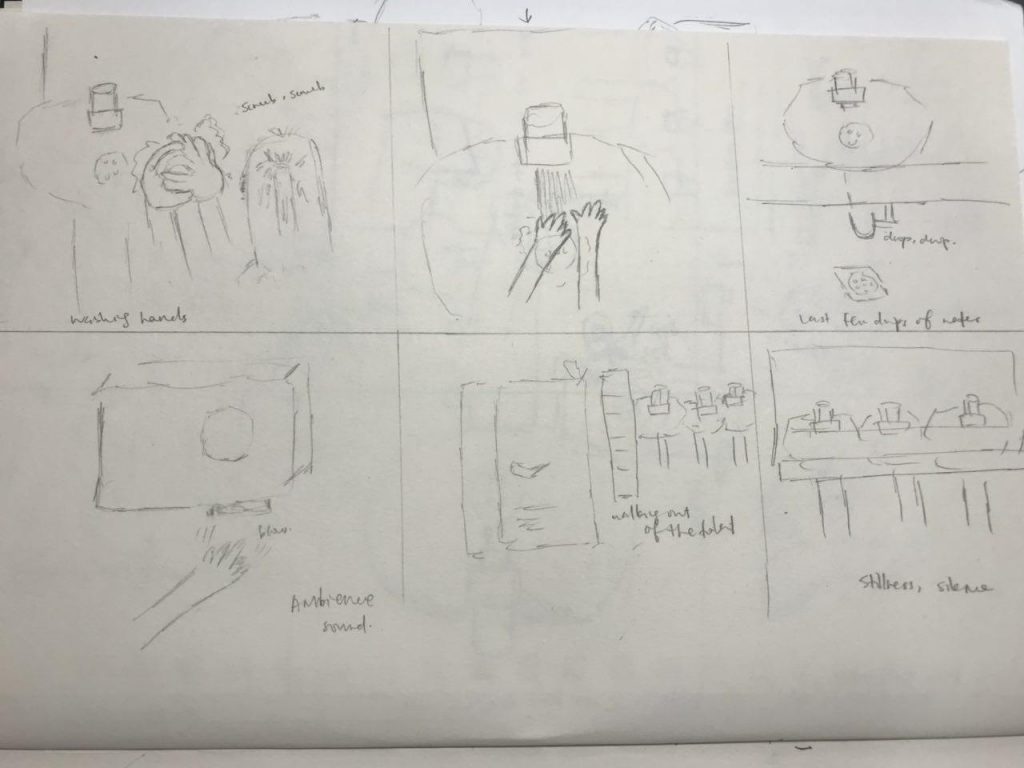 All sounds are recorded by me using the Zoom Recorder, adjusting it from 90 degrees to 120 degrees. 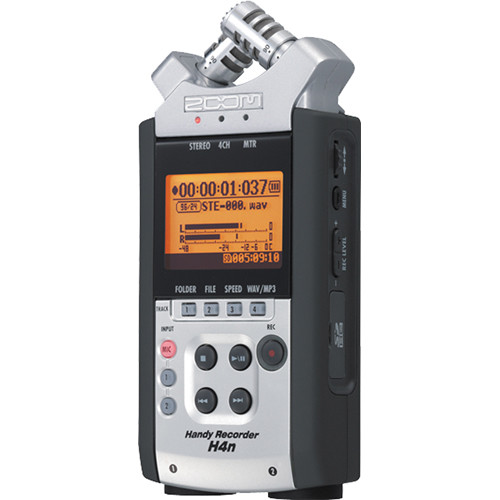 This device is seriously good.

All audios are recorded separately, i.e walking into the toilet as an audio, washing hands as an audio, and then using iMovie to combine all audios together.

Since this project is more about the sounds we experiment with, I decided to record my ambience audio first, then record the visuals thereafter. Foley recording is recorded the last after the visuals and ambience audios are recorded to better match the entire film.

How was the visuals recorded

Visuals are recorded in a MTV style. The ambience audio was played at the background, and the washing of hands and the cliff hanger at the last part was simulated to match the audio itself.

How was the foley recorded

As aforementioned, the ambience audios and visuals are done up, I then continue to record the creature’s reaction in the sink.

It was difficult to keep it in sync (sink) with the rest of the clips. This was the hardest to record after the visuals. The first difficulty was deciding how I wanted my creature to react in the sink. The second was how am I going to record it and what sounds are appropriate?

While in thought, I was having a cup of drink and then I thought it will be a good idea to record me blowing bubbles into a cup of water. That was literally how I derived at using bubbles sounds to layer it with the ambience audios.

Overall, I enjoyed recording sounds for the first time, and discovering the different sounds that are produced in our environment which I rarely ever noticed before this project. The filming process was a lot of fun, and I have attached a photo below! 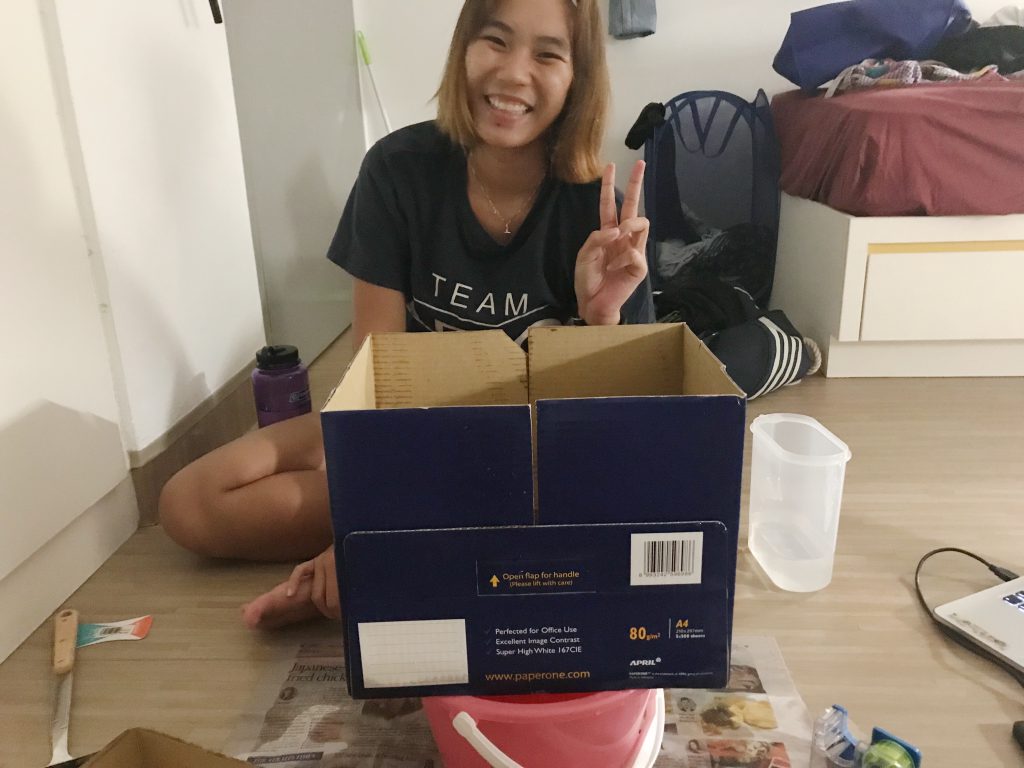 My friend, Vanetta, had to help me with the pouring of water and holding of the ladle as the sink. 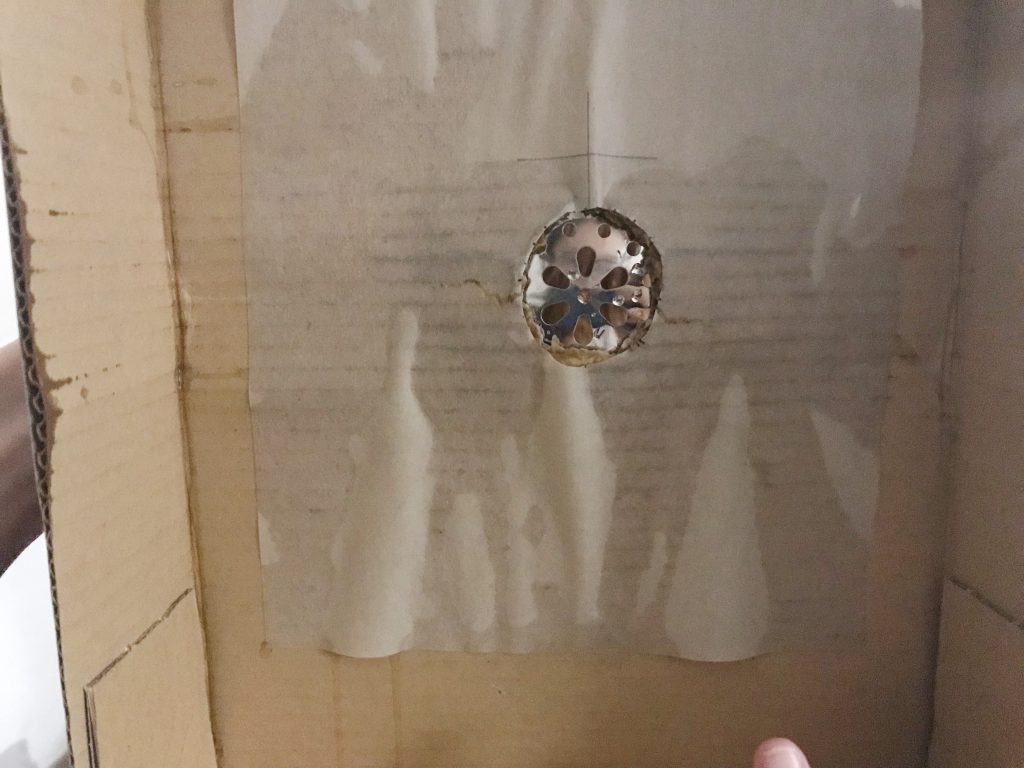 I placed the camera in the box, tight with a ziplock bag and started the filming. Watching of hands was simulated, although you cannot see that clearly, but I wanted the audience to observe these small actions, especially when that is the main focus in the short film.

Also, I was very impressed by my classmates’ creation as a bulk of them used drawings and animations to portray their respective sounds. (which I did not expect) Besides, I got the chance to work with Brendan with his film, which was super fun and something out of my comfort zone.

In a nutshell, although the location the sink is  a tiny place that I can never visit, but coming up with the filming process and seeing the outcome is a very satisfying thing!