As read in the prelude to our final project, Third Space Fallacy, uses social media to broadcast a certain friendship conflict that two girls have, Daphne (me) and Bella. Of which, polls put up on our Instagram stories will decide the next cause of actions. To disguise this project that we were planning for the final project, we decided to create another Instagram account @abracadabrrun that will decide the narrative for Bella’s death.

The inspiration for this piece is our realization as a team how social media can affect our first space decisions and actions. On a more extreme note, the case of the death of Megan Meier because of social media, that further motivated us to create a a friendship drama narrative broadcasted on social media to observe how our followers would react and respond.

Also, we realized how emotionally connected netizens are to their social media accounts. During one meet up with the team, Bella said, “it is as if everyone has a mobile phone, an addition to themselves”. It is true, our mobile phones always need to be within sight, occasionally checking our social media platforms for updates once in a while. Besides, Bella also shared with us during team talk about a comment that Randall Packer left, that spoke to her:-

We decided as a team that apart from achieving our project objectives, we, as a team wanted this piece to be a statement addressing the potential of the Internet.

The team has agreed to activate Bella and I in the conflict that will be put online. Both of us used our own personal Instagram accounts, @um_brella and @d/aphnepotata. To create a narrative (if people question us about our friendship), we planned to create a fib of Bella and my past. We met in secondary school in a writing competition and had been really close friends since. Then we came to the same university, but problems in our friendship arise. 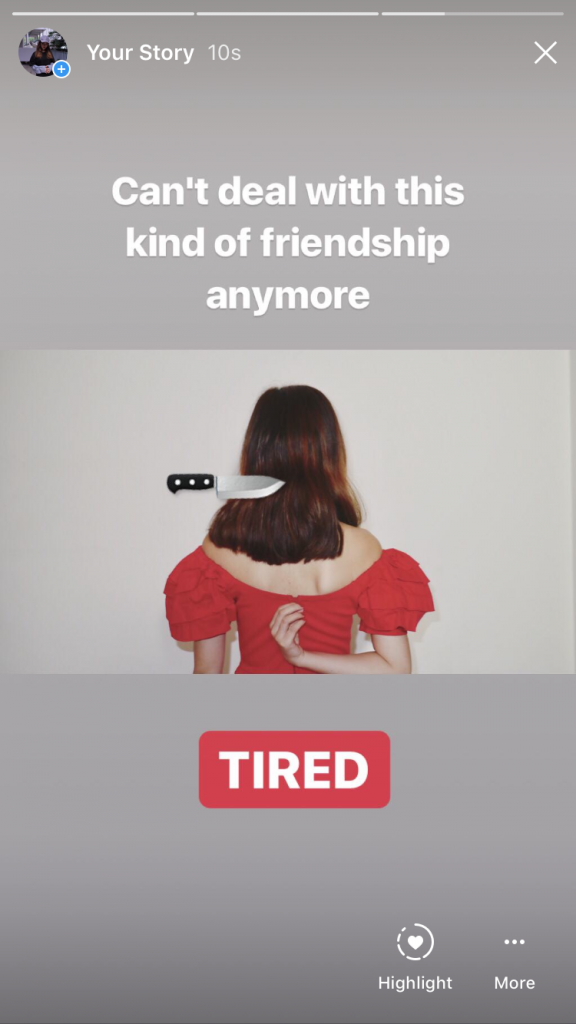 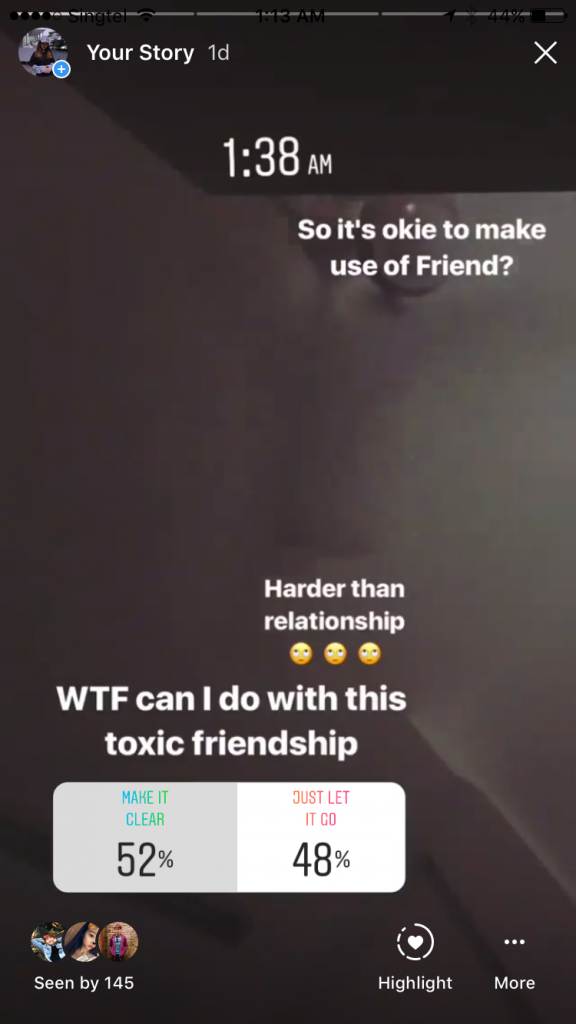 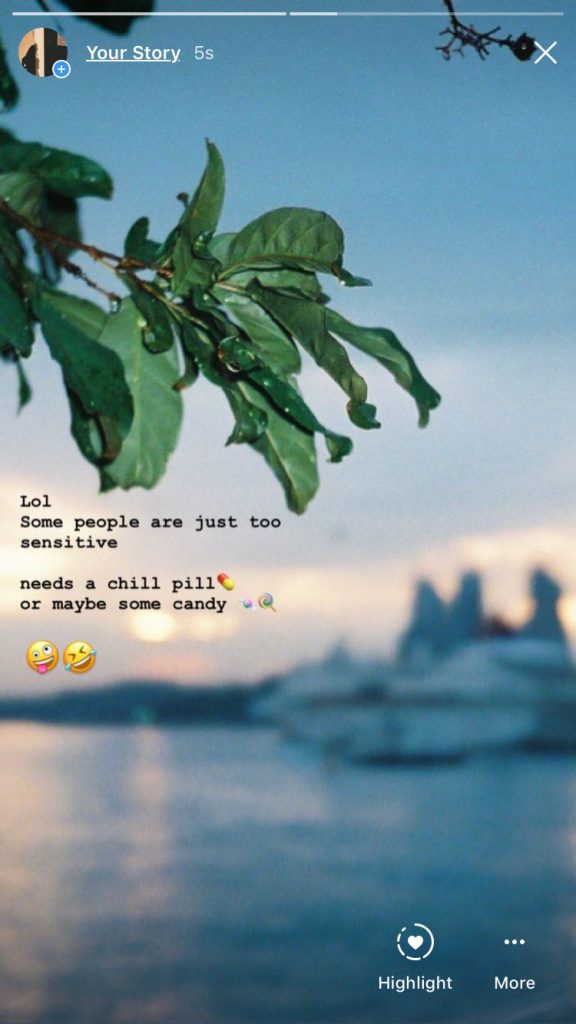 Indirectly talking about a specific someone is a common sight on social media. When “indirecting” someone, it is often posted up on social media platforms that the person is following you on, and you speak about the situation or the “beef” you have with the other person but not mention or tag them on the post. The objective is for the other person to get the message or the hint through that, without directly telling them. This is what is done between Bella and I on Instagram. The people who follow the both of us by this time have gotten the hint. 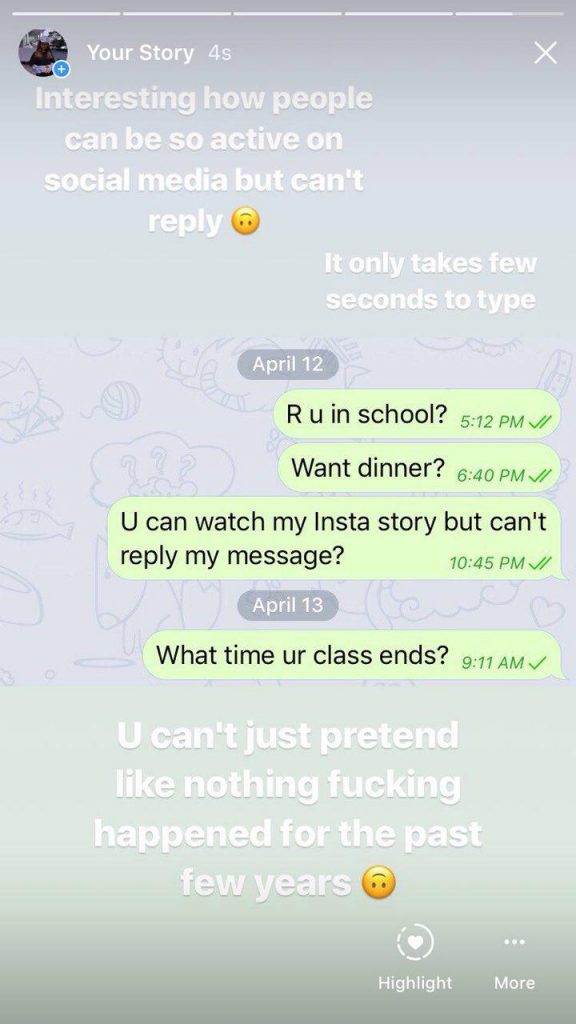 Posed by @um_brella, highlighting the fact that @d/aphnepotata did not reply her after many messages. 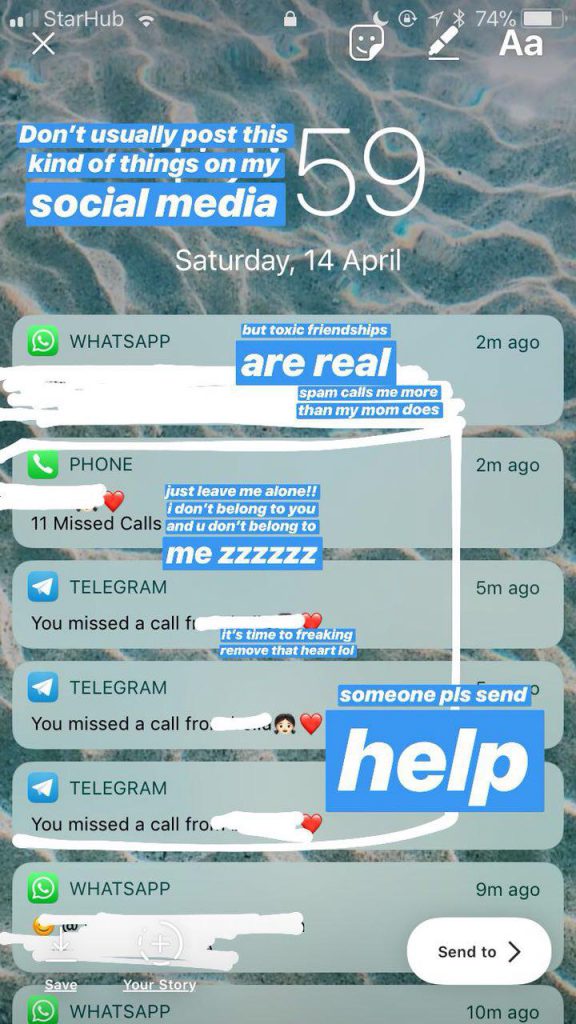 A post put up by @d/aphnepotata, stating the fact that a certain someone (@um_brella) has been spam calling her, seeking for her attention and she is annoyed. 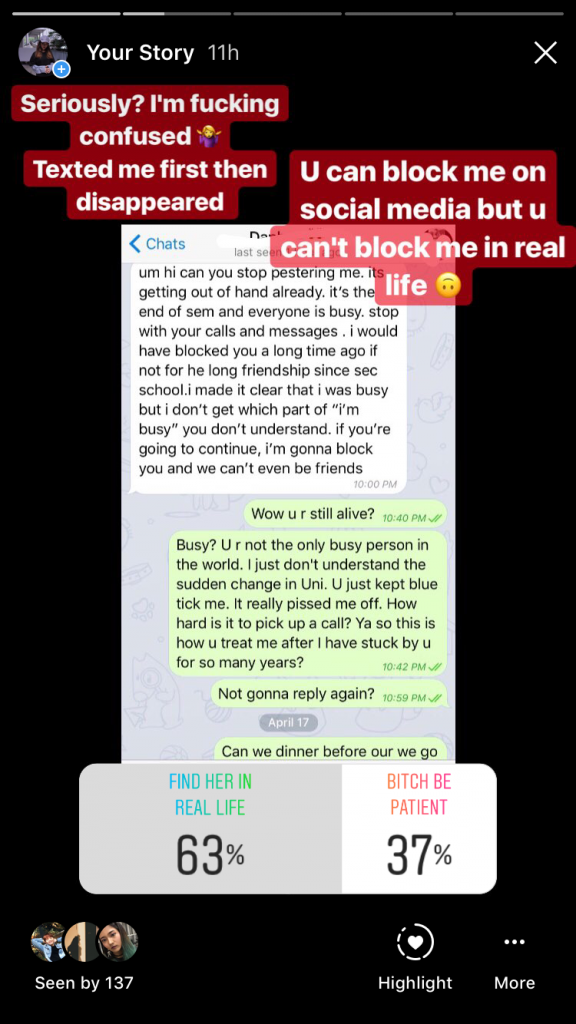 A poll posted on @um_brella with the conversation between Bella and I up on the Instagram story.

Bella had purposefully not do a clean job in censoring who the sender was, and revealed part of the name “Daphne”.

Apart from using our personal account to post the drama online, we also created another Instagram account, making polls for people to take, forcing them to make uninformed choices through the polls, that will ultimately be the narrative for Bella’s death. 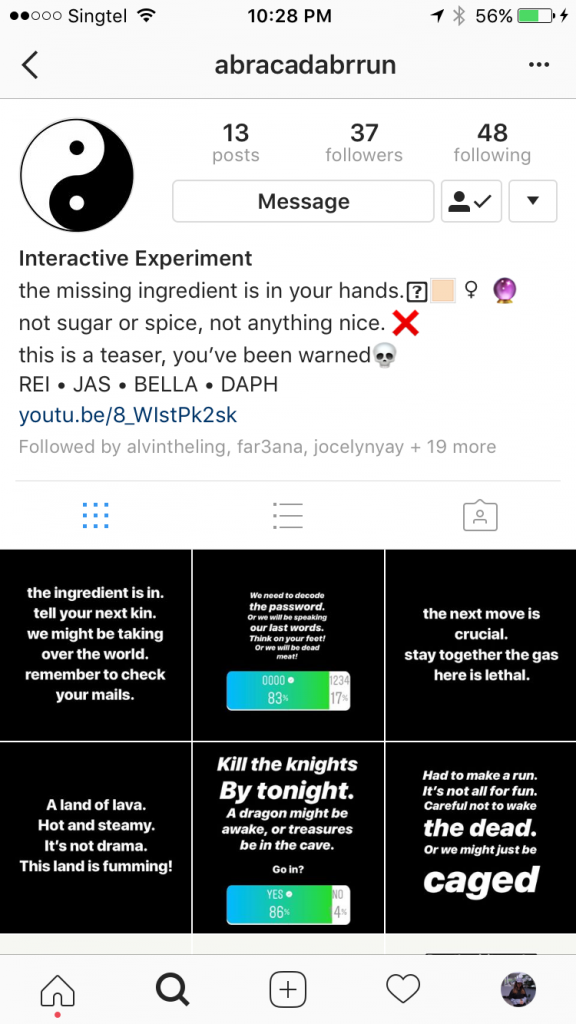 This account is filled with short poems that might suggest a certain quest that is taking place for our team’s “final project”, but instead it is used to decide the ending of our actual project’s narrative. 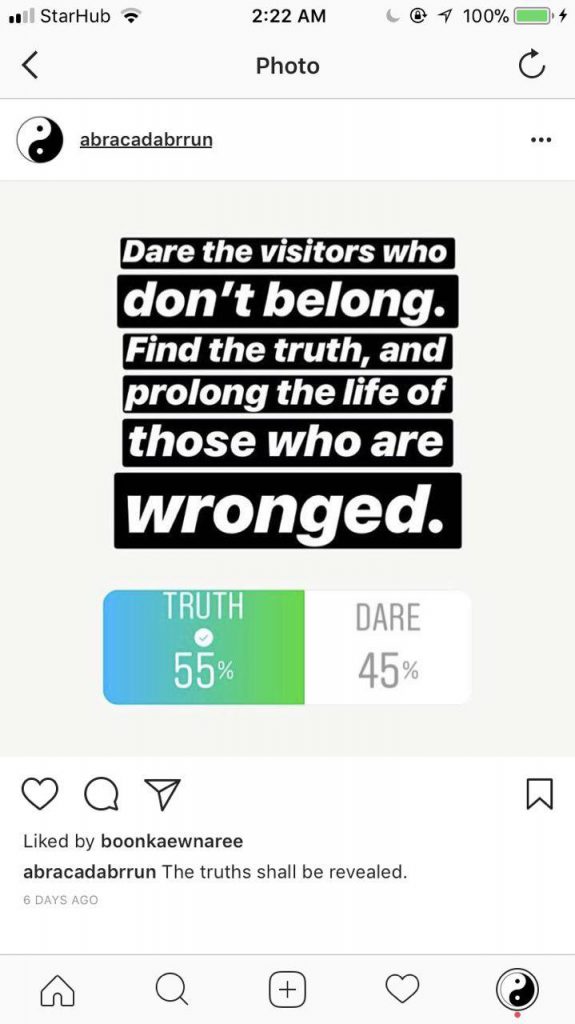 Polls done on @abracadabrrun that was featured on the trailer deciding the narrative of Bella’s death, of which the truth behind her death was revealed. 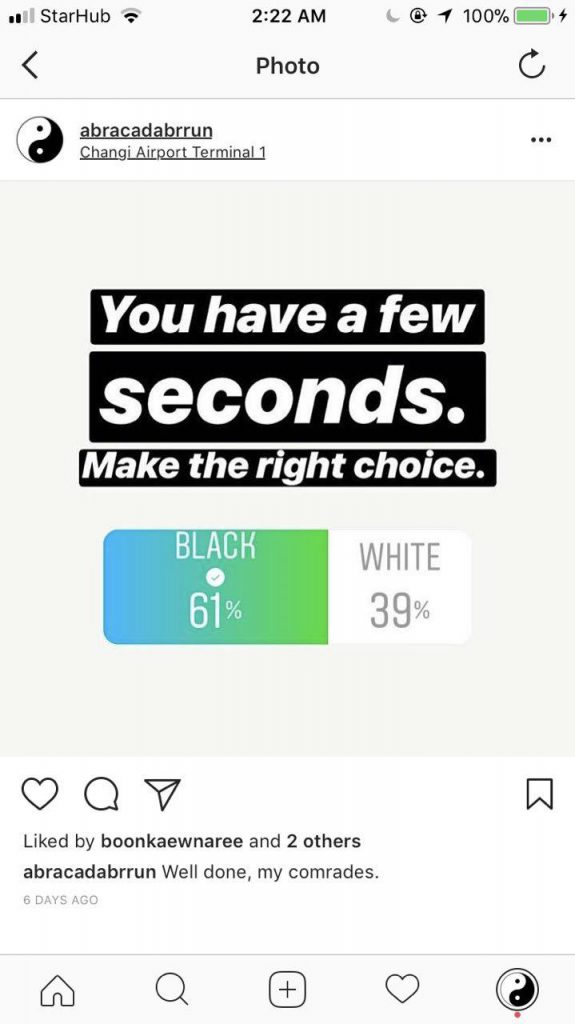 Polls done on @abracadabrrun that was featured on the trailer deciding the narrative of Bella’s death – of which she chose to die in a black outfit. 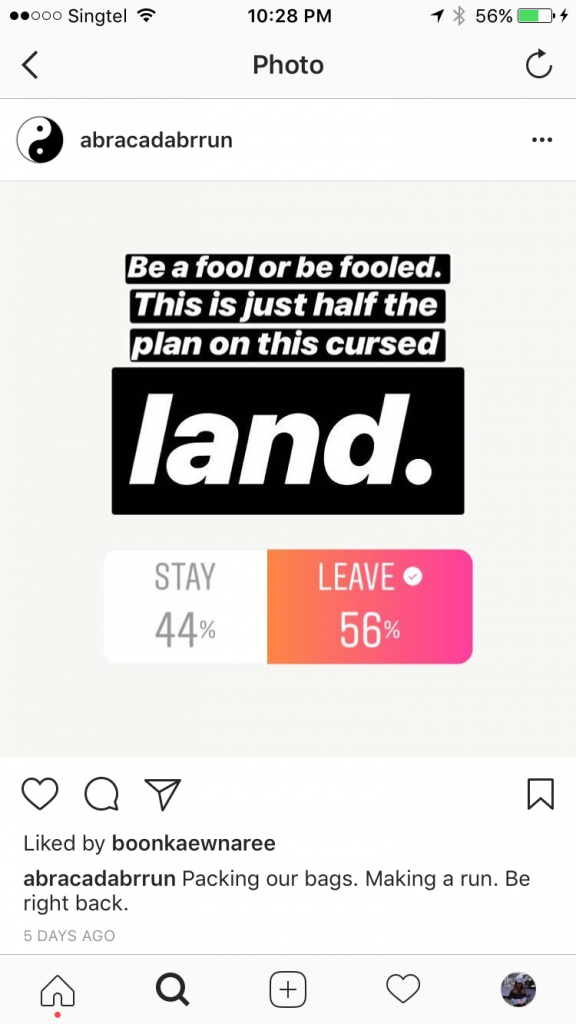 Polls done on @abracadabrrun that was featured on the trailer deciding the narrative of Bella’s death – of which Bella chooses death, to leave the entire situation. 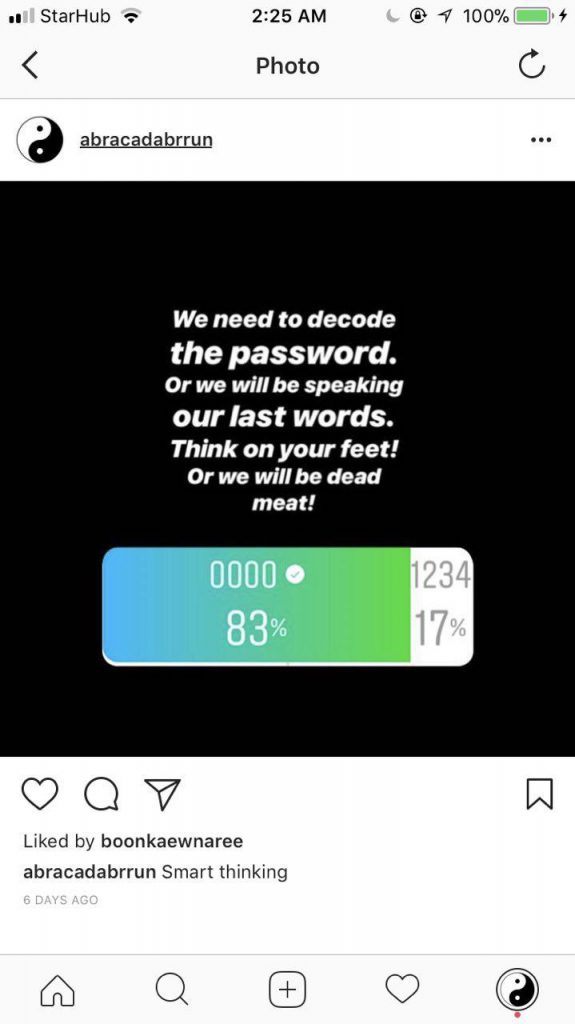 Polls done on @abracadabrrun that was featured on the trailer deciding the narrative of Bella’s death – of which 0000 is the time Bella will take her own life.

Thereafter, Bella posted this on her account @um_brella indirecting it to @d/aphnepotata on the entire situation, hinting that she will take her own life.

Translate: It doesnt matter if I die today or tomorrow as long as you can witness it.

Thereafter, Bella left social media for 18 hours to make her death as real as possible. Not answering any calls or messages.

Because of that, meals had to be sent to her at her dormitory, to avoid her being in the public.

Throughout the entire process, Bella and I had received many comments, messages. The bolded ones are the responses we received regarding each Instagram stories that we have each posted.

Bella and I had to be proactive on posting Instagram stories about how troubled both we were about each other. Because of that, many people in ADM have already caught the hint that it was Bella and I who are “fighting ” indirectly on social media.

Some had mentioned and asked us personally about the entire situation and had comforted us about it.

Many actually believed what they had seen online, and bought it. Hence, the performance had to be brought offline as well, in the first space when we were each questioned about the entire situation that we had put up online.

Making of the Trailer

Initially, we had wanted to remake a news station on YouTube inspired by the InCentral.

InCentral is a channel on YouTube that updates its subscribers about dramas happening online between celebrities and happenings that are juicy and interesting. 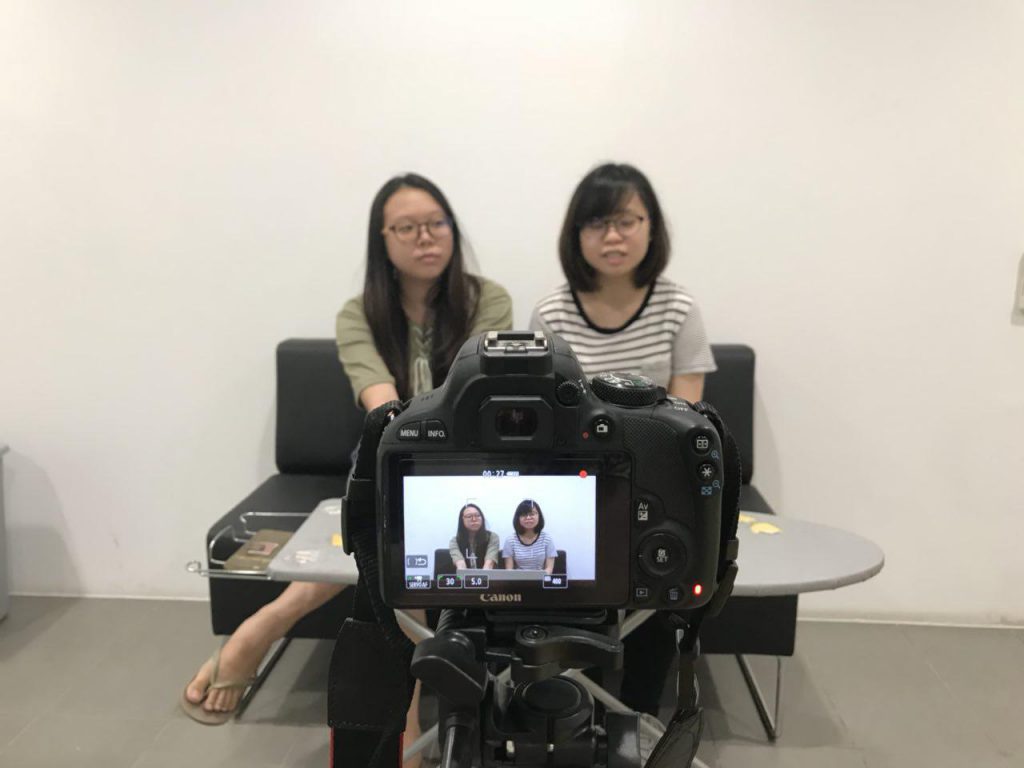 Behind the scenes of Let’s Talk the Talk

We named the channel Let’s Talk the Talk and filmed a whole news about the happening between Bella and I.

Influence of The Blast Theory

We were inspired by the Blast Theory’s quote “explore social and political question”, of which we touched on how news received on social media are treated seriously by many netizens. Even for Bella’s death, she cannot literally die in the first space, but she sure can die in the third space. By going inactive and unresponsive, her death on the third space can be staged, allowing people to really believe it.

Also, touching on death is a controversial topic, yet it is very real that we can fake a death on the third space, similar to what my team did for Bella. This then helped us explore fake news that very much came as a package with the rise of social media.

Initially we had wanted to put up a death note by the parents of Bella to inform her followers about her death, but scraped it and replaced it with a scene in the trailer of her cutting herself. This approach has brought out a much poetic way of expressing her death, which we thought was a better way of addressing death, a sensitive topic. 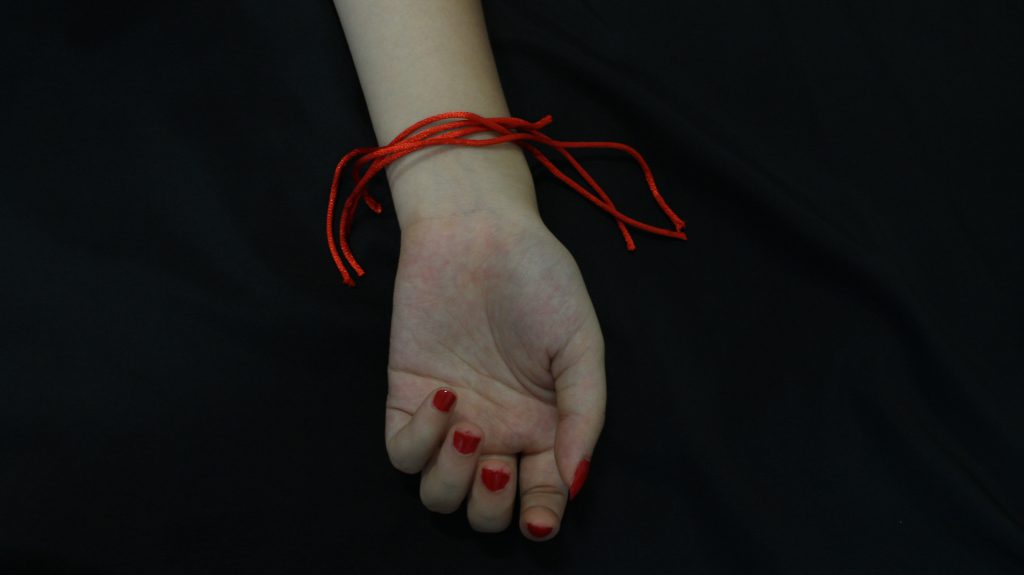 Scene of Bella cutting herself in the trailer.

The claim and counter claim that spread out around ‘fake news’ like an amorphous cloud of meta-fakery, as reams of additional ‘information’ — some of it equally polarizing but a lot of it more subtle in its attempts to mislead (e.g. the publicly unseen ‘on background’ info routinely sent to reporters to try to invisible shape coverage in a tech firm’s favor) — are applied in equal and opposite directions in the interests of obfuscation; using speech and/or misinformation as a form of censorship to fog the lens of public opinion. -Natasha Lomus

This process is collaborative, between Bella and I with our followers on our accounts. They are able to interact directly with us through direct messages to comfort us, provide suggestions, take our polls, on the third space. This entire narrative is then brought to the first space when people around us ask us in real life about the entire situation.

Third Space Fallacy, as its name suggests rode on the emotional attachment people have to social media to create an entire narrative of friendship problems and the resulting death on this platform. It is as its name suggests, a mistaken belief happening on social media. Our aim, discussed, was for viewers who knew Bella and I to at least partially believe the entire narrative.

Upon finalizing the project when our trailer was being played in class, many were shocked yet they saw the entire narrative coming into place on social media. Even so, most were in between believing and not believing it.

It was quite an experience when the entire performance was brought to to the first space in the span of one week. We had realized the power of social media. Both Bella and I ended it by posting a note to our followers online. 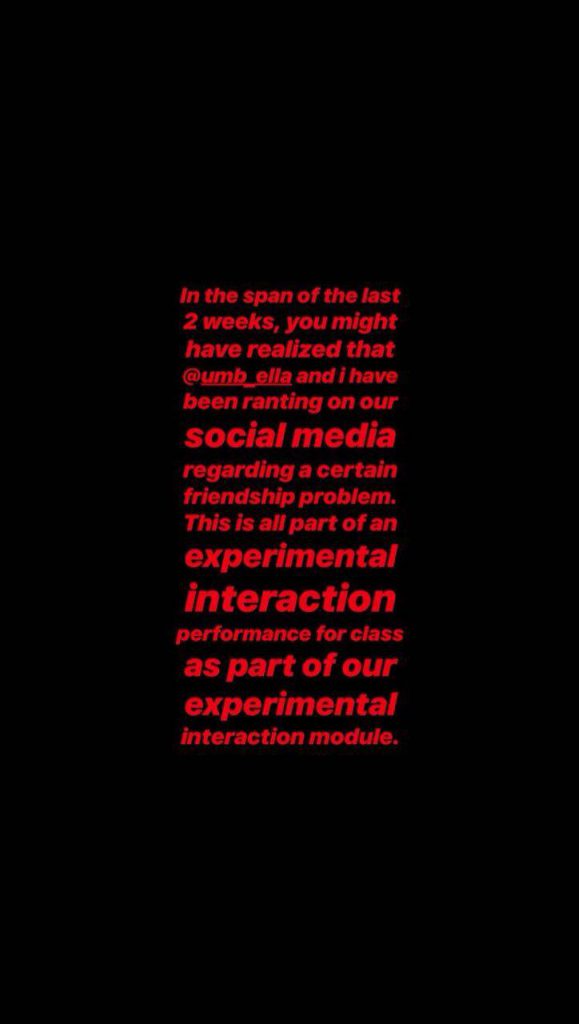 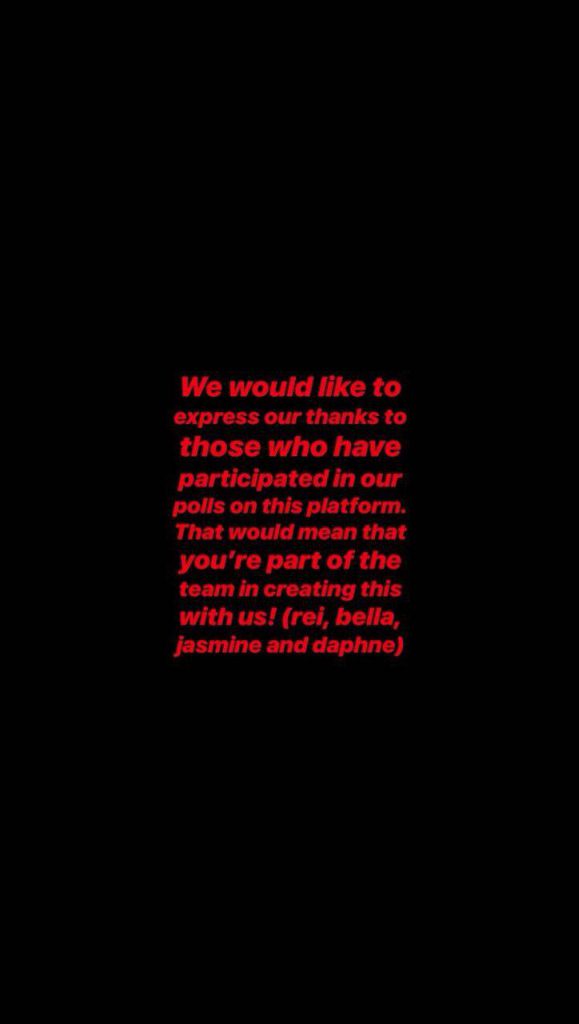 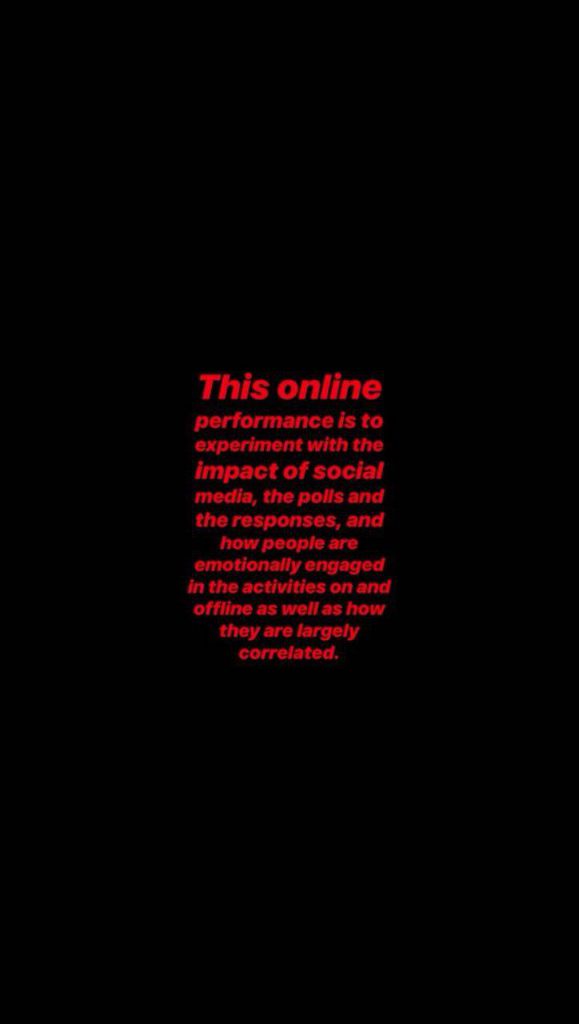 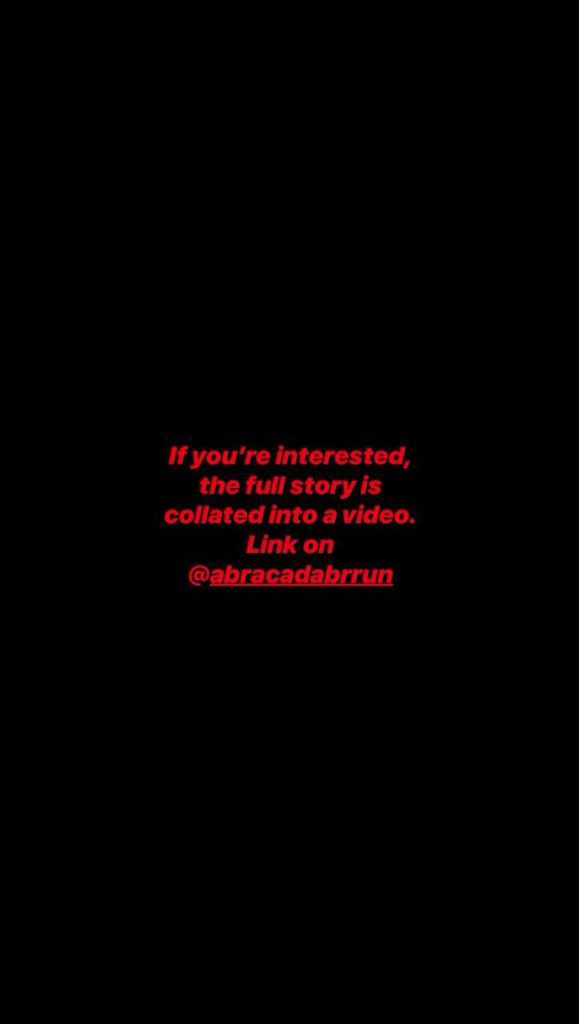 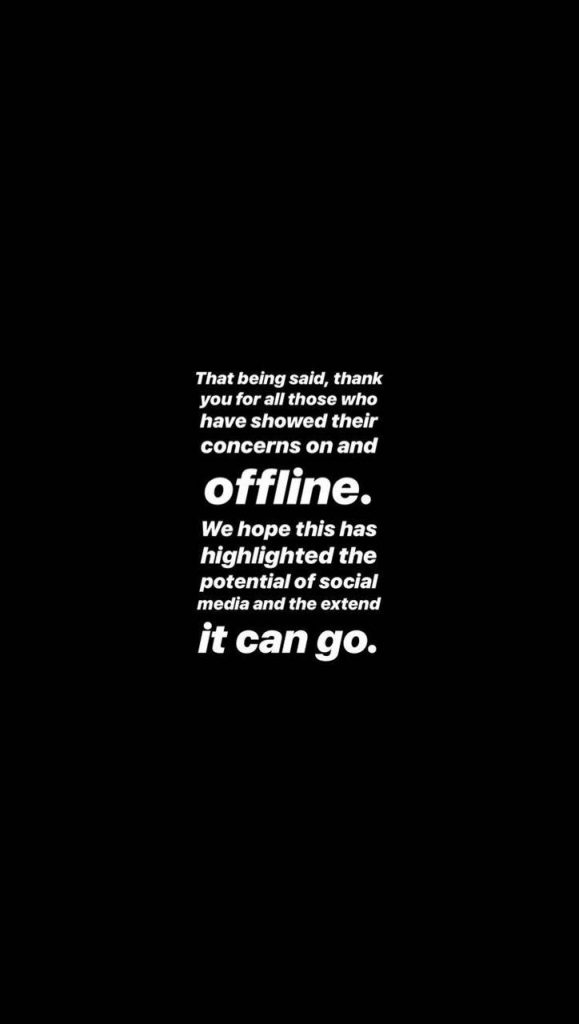 Both Bella and I had “emotionally cheated” on our followers as many bought our act and were concerned for the both of us in that one week, the tough thing was to ride on the entire narrative when they approach us checking up on us in the first space.

But we had some encouraging message about the entire performance put online! 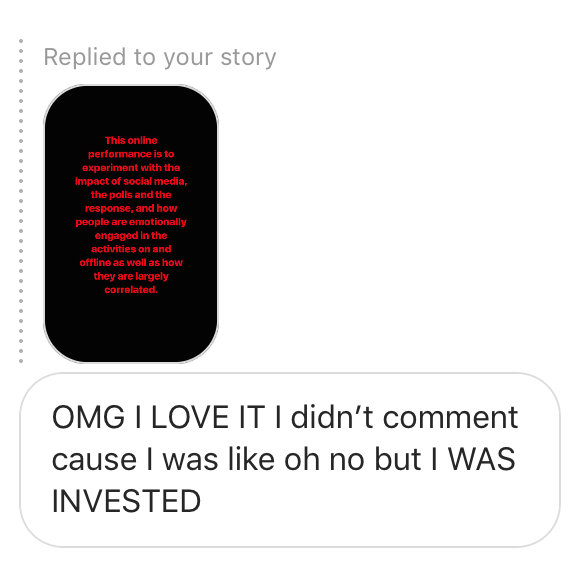 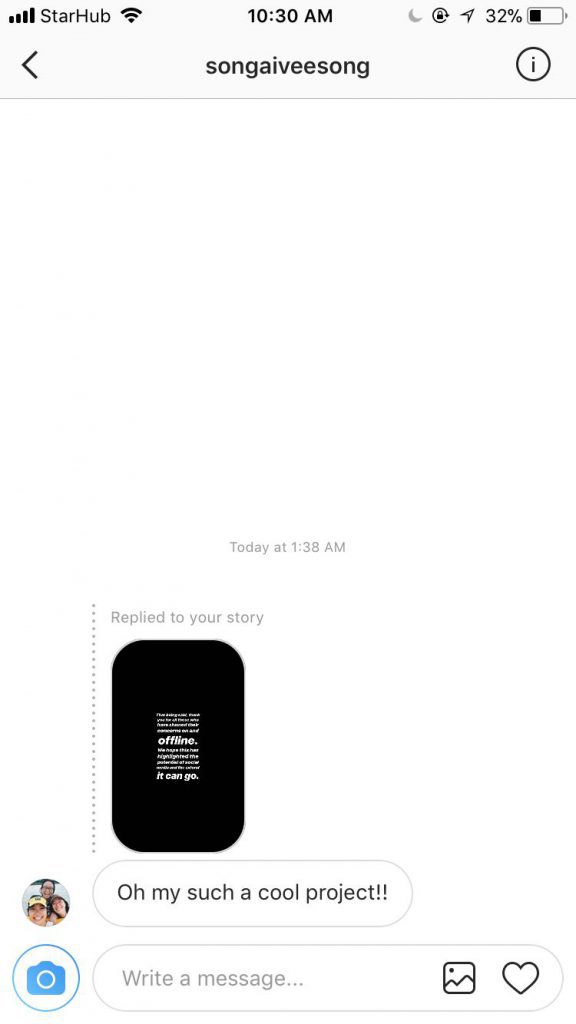 As a team, we hope that we had highlighted the power of social media and the amount of time and emotions we had invested in it. As technology advances, our human interaction also advance with it, bringing it online. We hope as a collective, that we had brought a statement to all our viewers and audiences.

Fake News is an Existential Crisis for Social Media