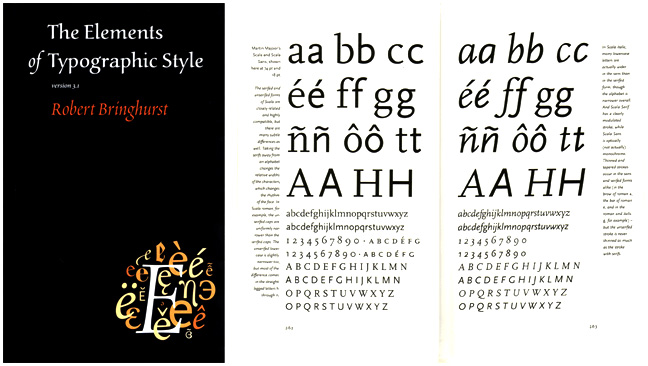 In this chapter, Robert Bringhurst addresses many great principles on type design that has open my mind into agreement. I specifically like how he uses a musical performance as a metaphor for type, where it is an essential act of interpretation.

“Like music, it can be used to manipulate behavior and emotions.”

Bringhurst stated how we as type designers should FIRST “read the text before designing it”, as it is an essential task in correctly interpreting a text and to appropriately choose a design to communicate. Through the designed type it should determine and show its form, structure, tone and tempo. “The typographer is to the text as the theatrical director to the script, or the musician to the score.” Next we should analyze and map, creating an identity to the typographic form. To have the ability to convey the inner message on the outer surface, giving a sense of transparency.

“The reader, like the listener, should in retrospect be able to close her eyes and see what lies inside the words she has been reading.” This suggest the intricate thoughts a type designer needs to pour in when designing a type or even meticulously choose a typeface that would honor the character of text. To be able to achieve the ability of revealing the message clear and loud in the simplest form.

“Letters are microscopic works of art as well as useful symbols”. It is an art and craft holding meaningful bits of information and thoughts. “When the type is poorly chosen, what the words say linguistically and what the letters imply visually are disharmonious, dishonest, out of tune.” This is true. Each of the available typefaces in the world carries different baggage with history and meanings that can characterize texts in certain ways. It acts as a costume or personality wear to these texts – putting meaning on it that may or may not convey the right inner message.

Typography SHOULD draw the reader to the text, slowly revealing the tone and meaning. It should show structure and order that links the texts with other surrounding elements – tying the ambience in the environment together. Typography is like a breathtaking musical performance where it builds the whole character, tone, mood, which eventually carries the inner message into our mind, heart and soul. Yet behind this beautifully scripted piece holds thousands of meticulous choices and thought in the tiniest detail.