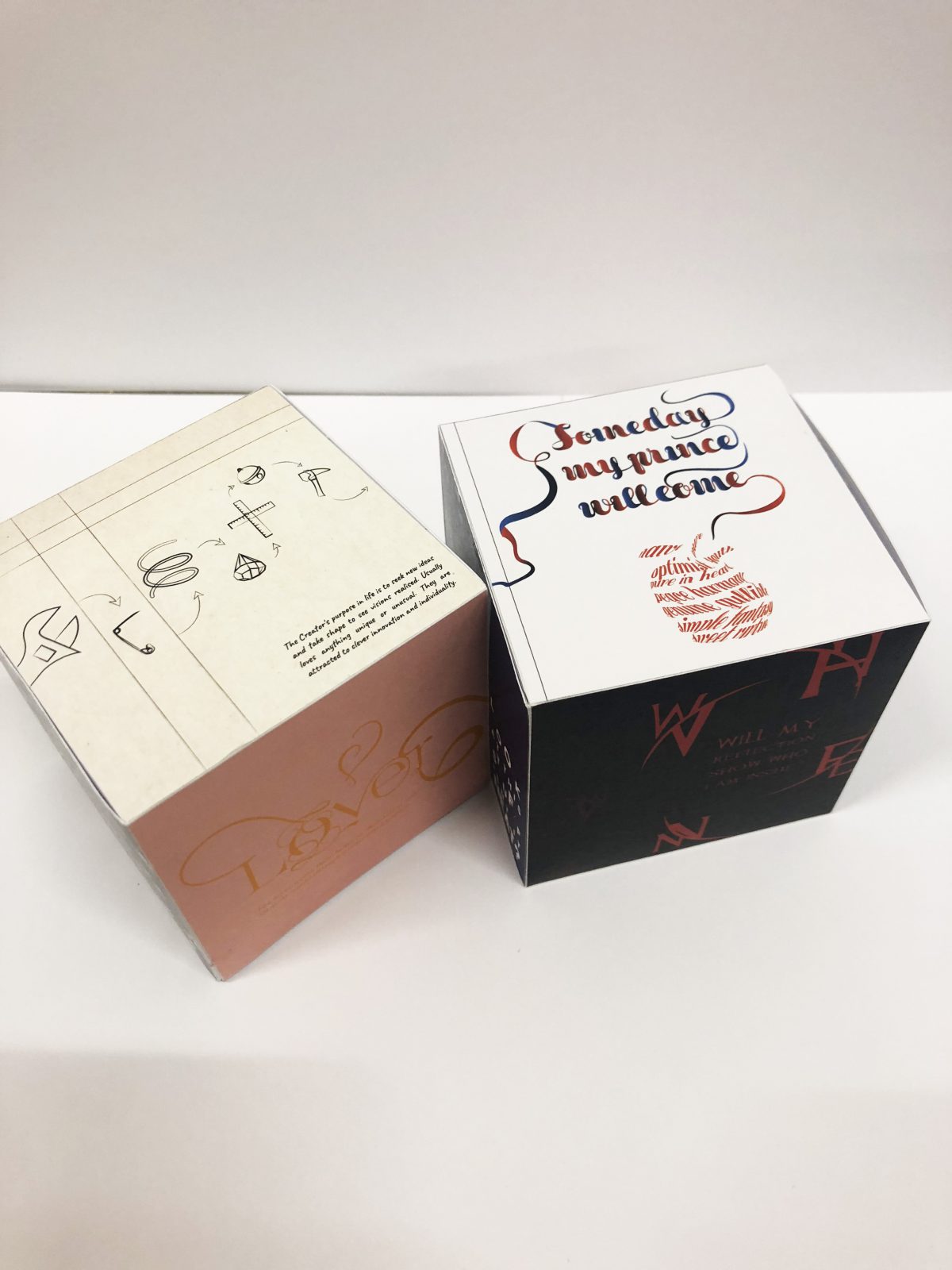 During the first brief of this assignment, I had no idea how I would execute and show my type in referencing to the archetypes learnt. Hence, I started brainstorming and researching on brands to learn how they played on the chosen archetypes. It took me quite some while till I came up with a theme to form a unity. I have chosen to take on a theme of Disney Original Princesses to show the following chosen archetypes: Lover, Hero, Innocent, Ruler, Creator and Explorer. To make it more interesting, I went to experiment on a 3D shape to present my designed faces through a cube (in presenting the idea of a game dice). It holds the idea of a game for kids where you have to match up the two cubes together, in resulting the same connecting face/ archetype. 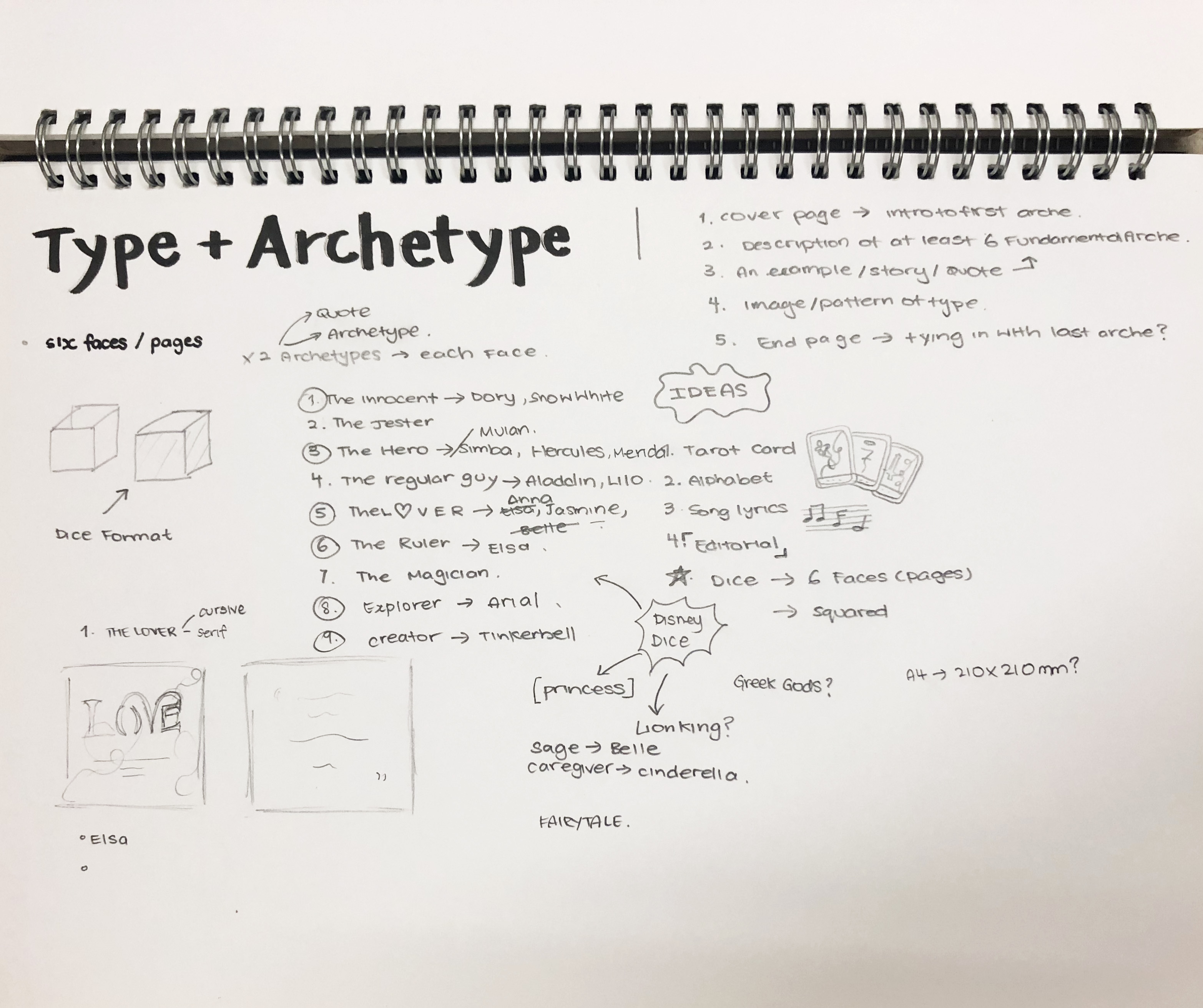 For each archetypes, I tried to find a scene from the movie to help inspire me with the layout and following design .

I chose this scene as I personally think it really sets out the archetype, the lover, well where she puts her heart on her sleeve and giving it to someone she just met.

Instead of choosing a scene that really captures Mulan’s heroic actions like the battle field scene or the end scene. I wanted to capture the beginning of a hero where you are still in self-doubt and an unquestioned identity. 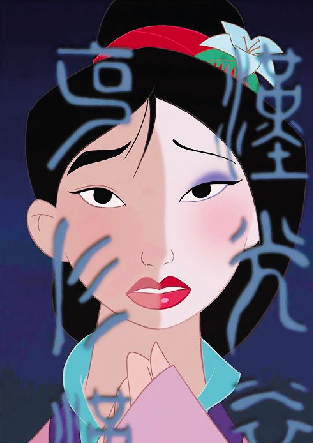 I did not choose a specific scene for Snow White as I believe her actions and gullibility towards the bite of an apple shows it all. Thus, I went to form a bitten apple with type. Instead of choosing a cute rounded font, I went with a handmade ribbon font as I feel like it would suit Snow White better in the sense of innocence and sweetness.

I referenced this picture for my layout to portray the swirl of Elsa’s powers. To add more elements, I placed snowflake letters, transform and distort, like how we learnt in class. It was truly an amazing skill to learn! Instead of choose a typeface, I went out to spice things a bit by using graphic forms of Tinkerbell’s tools in creating my type. Just like in the movie, where she creates a blueprint on an old textured paper. Thus, I used this idea to design my font. 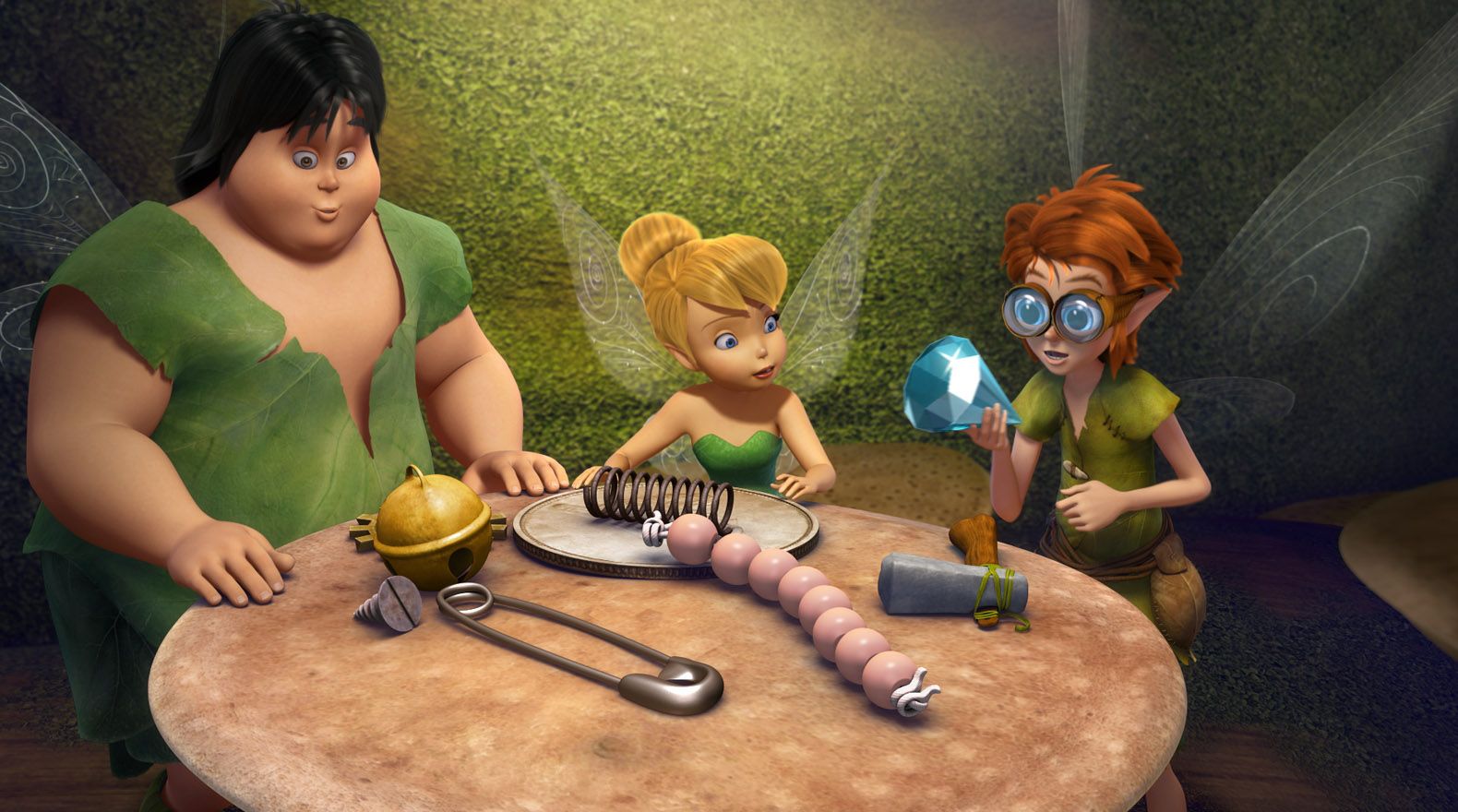 Last but definitely not least, I build upon Ariel’s curiosity to explore the other world as my inspiration layout. Designing a ongoing tunnel- like layout like the image below. I chose to form a rounded tunnel to reflect the infinite curiosity and exploration the archetype holds. 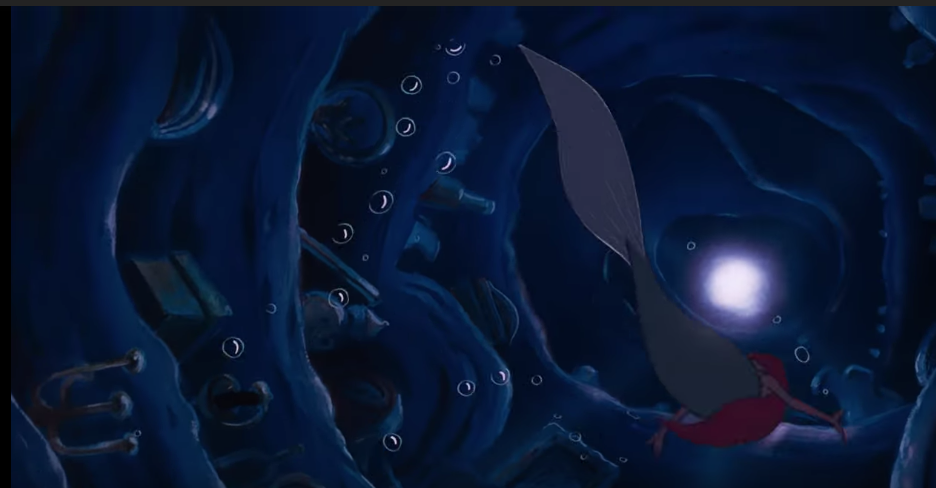 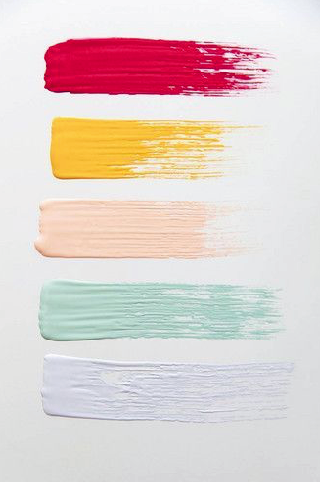 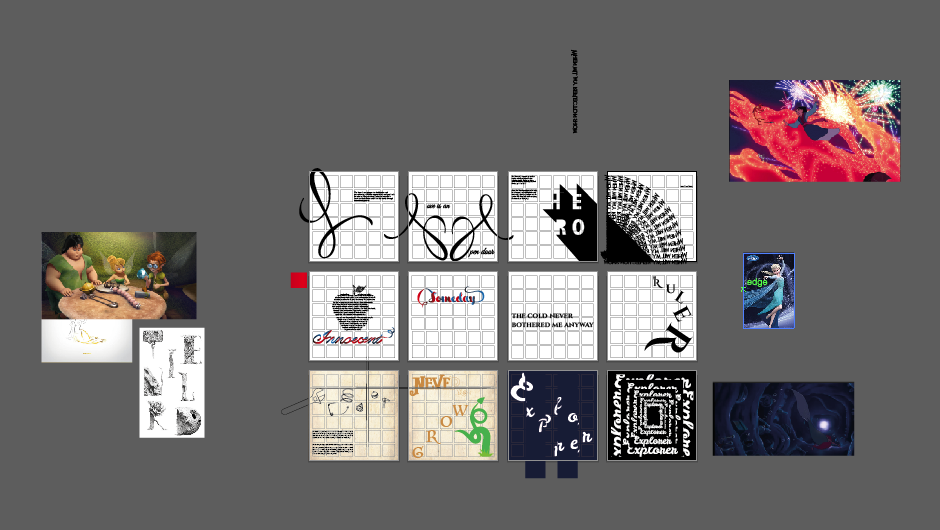 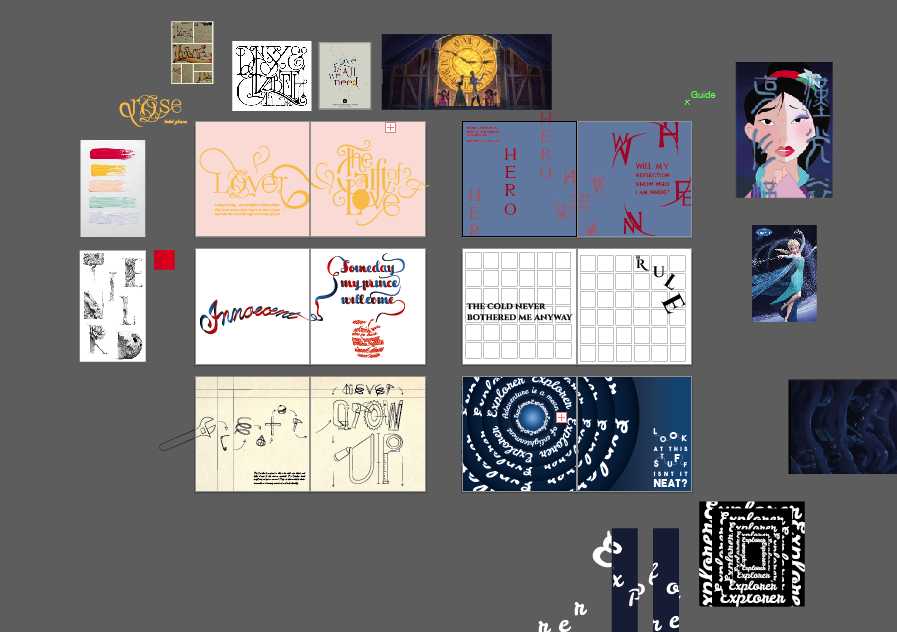 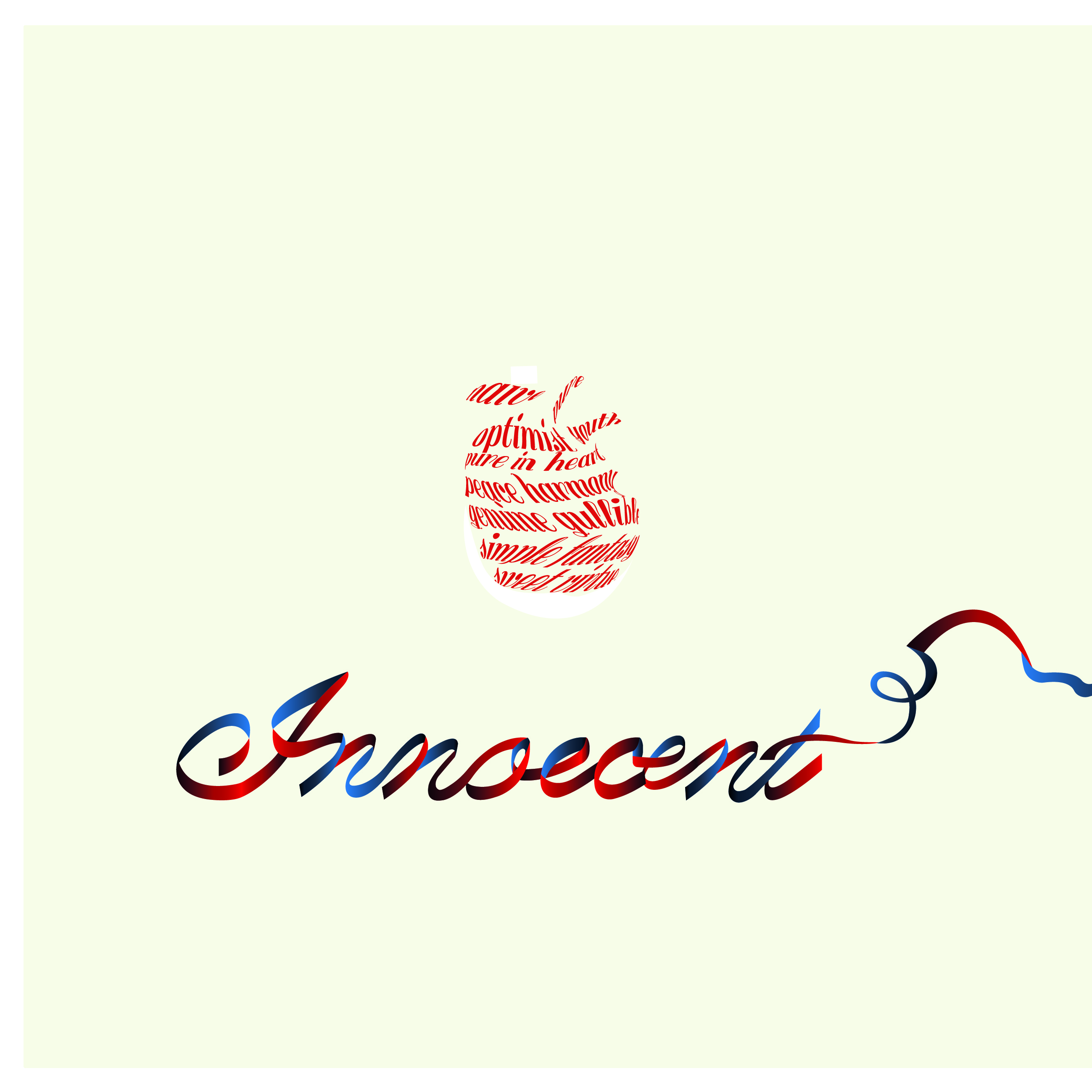 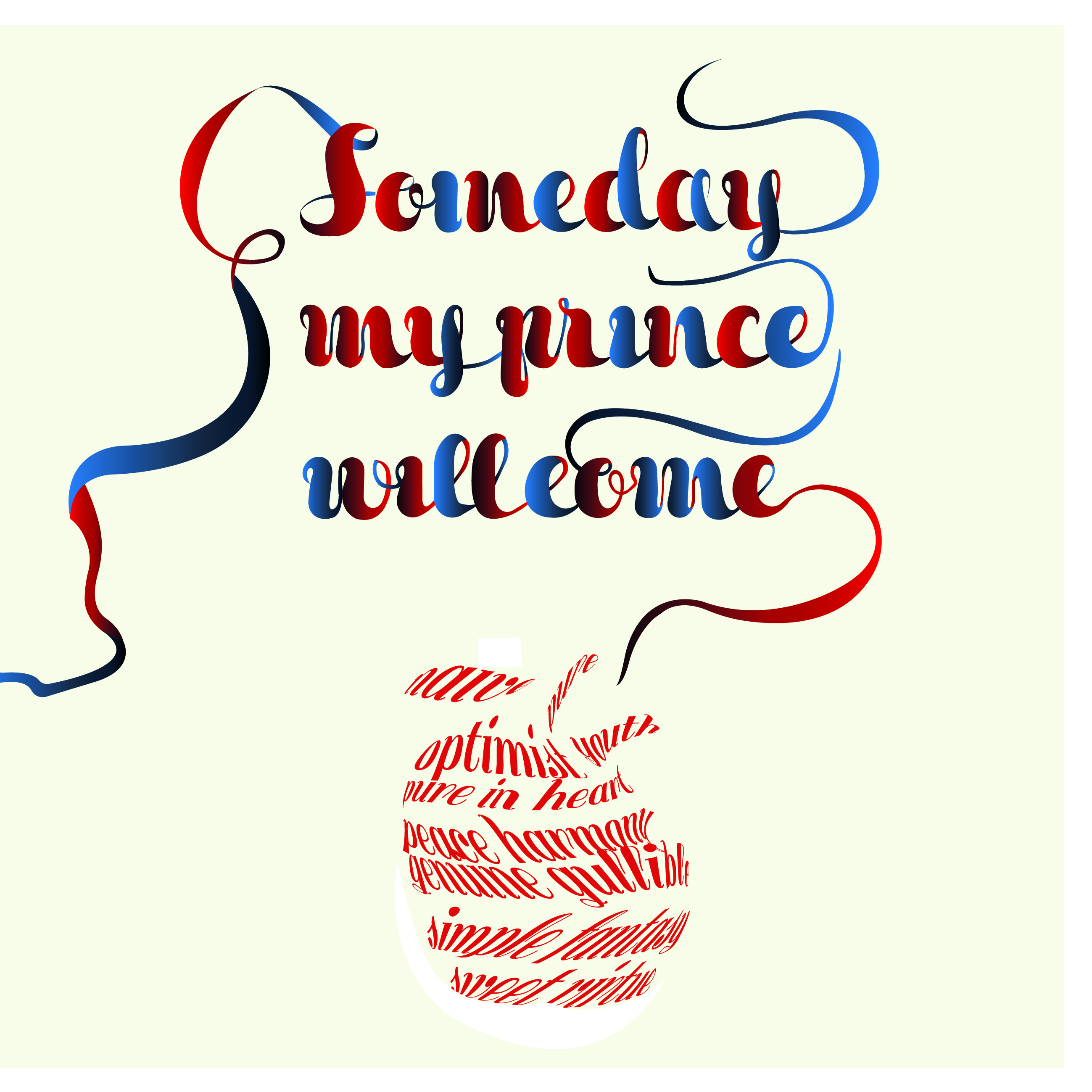 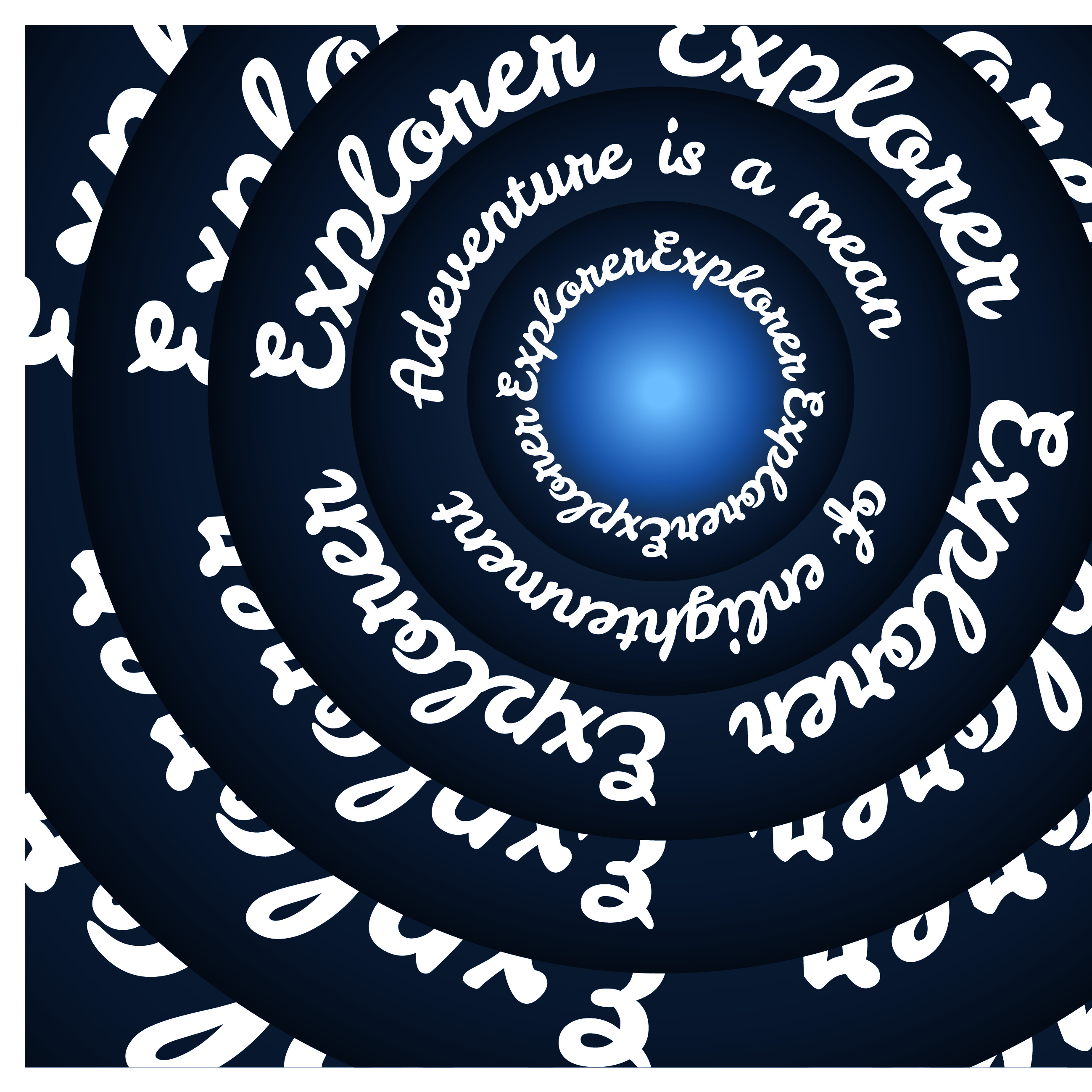 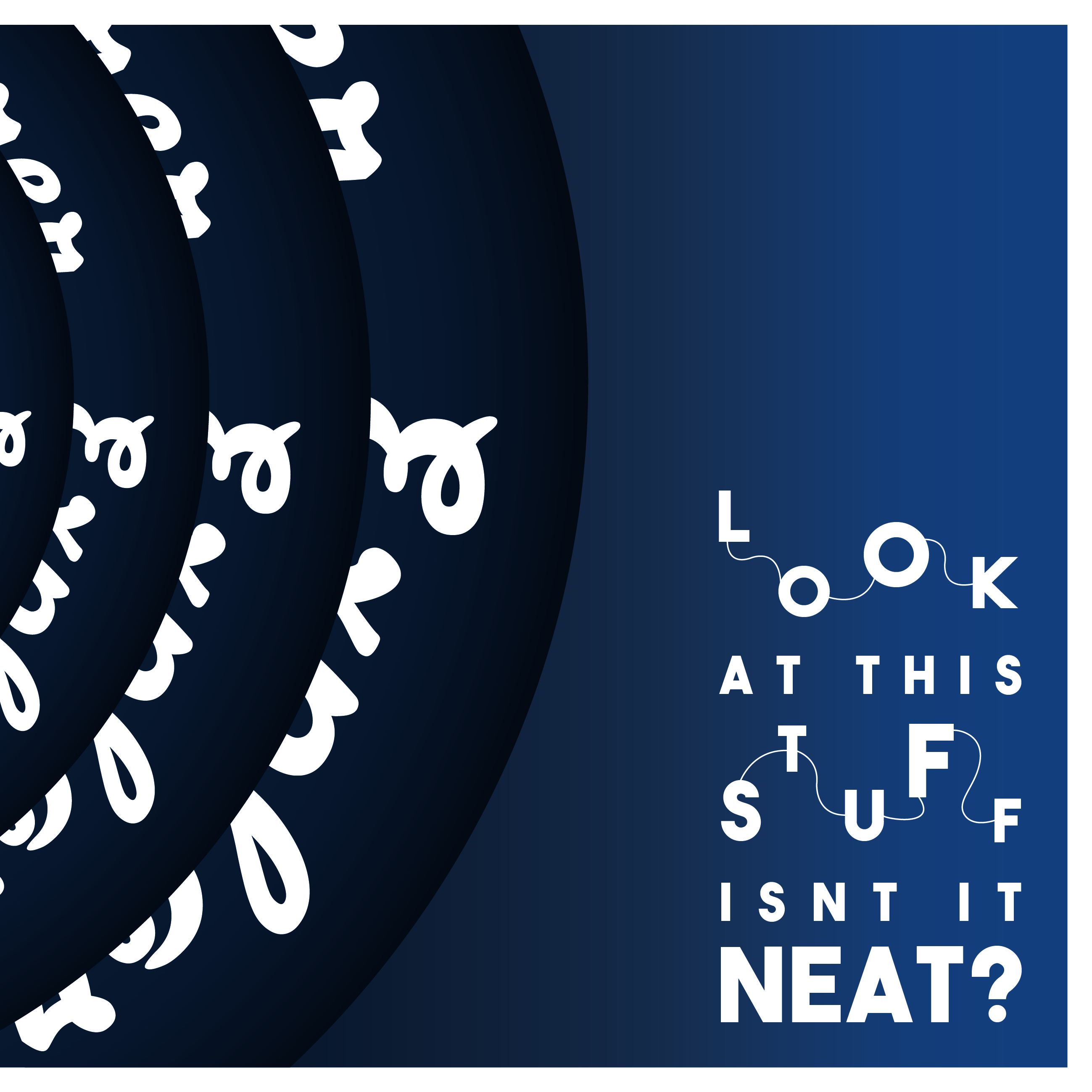 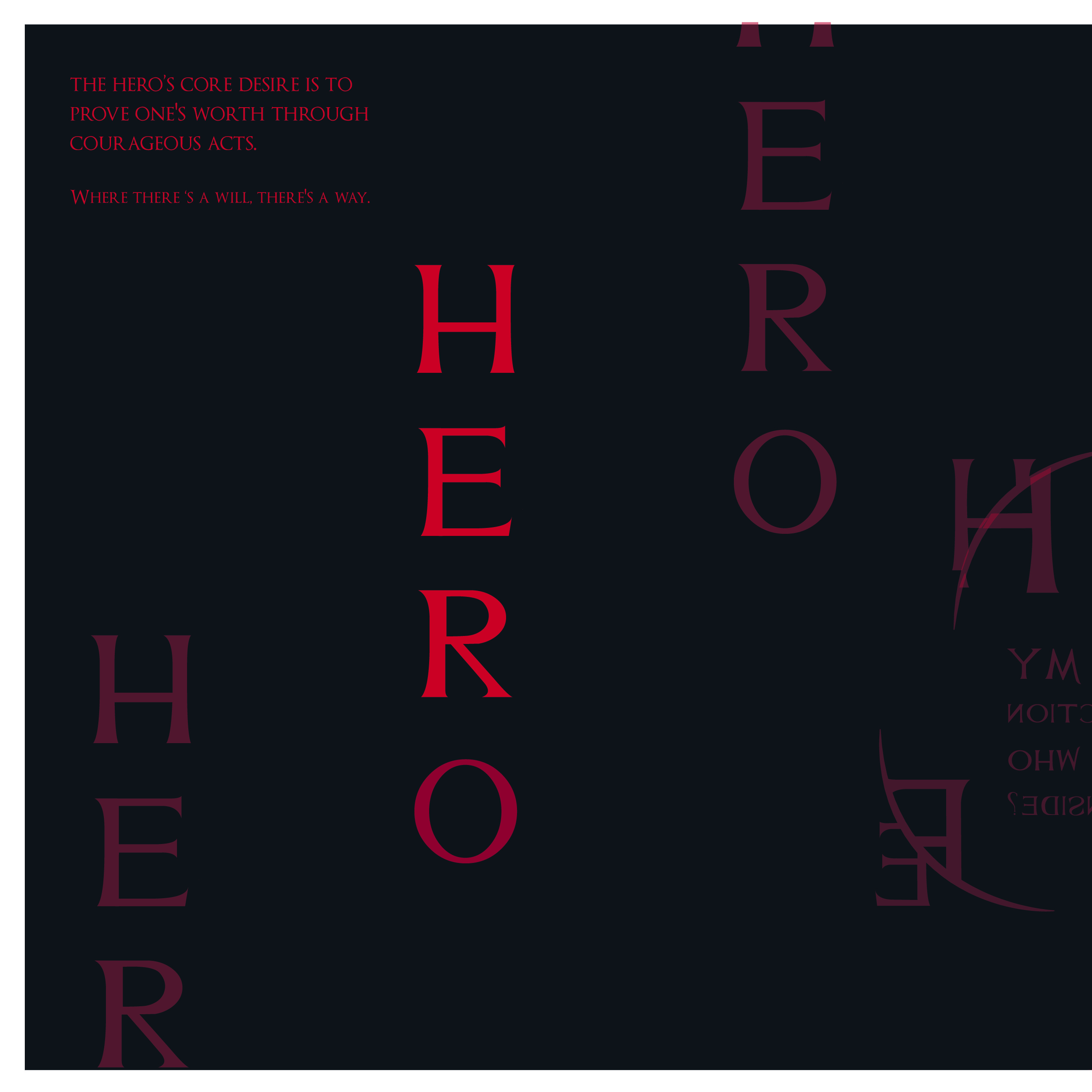 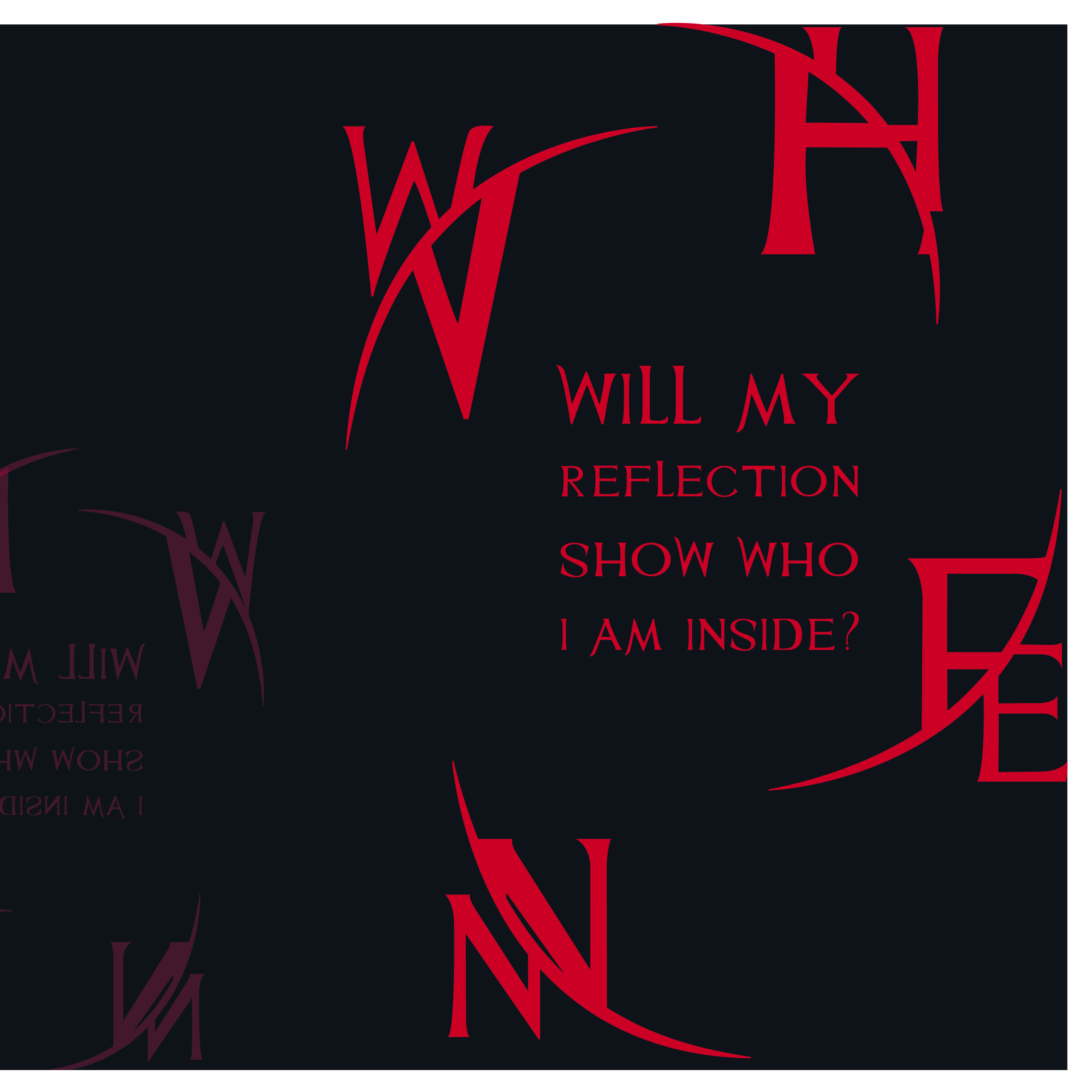 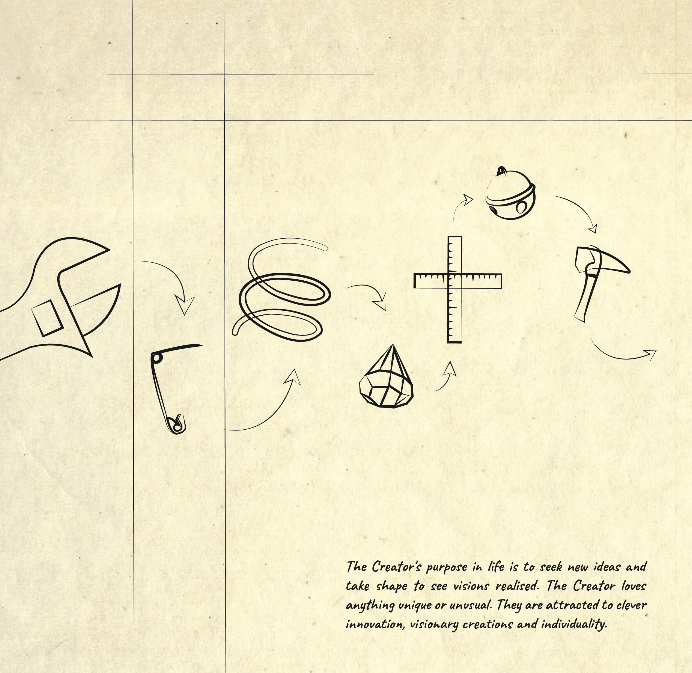 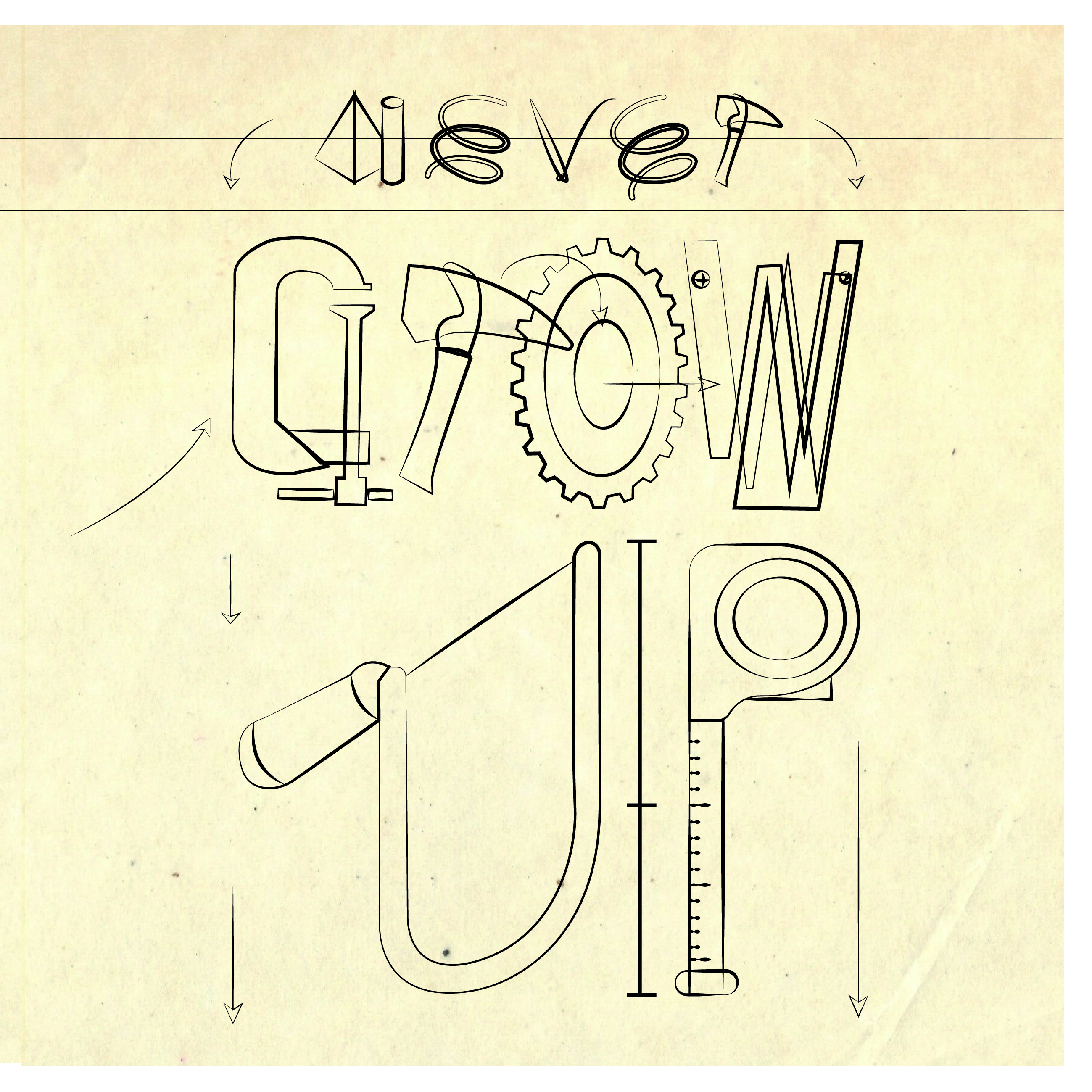 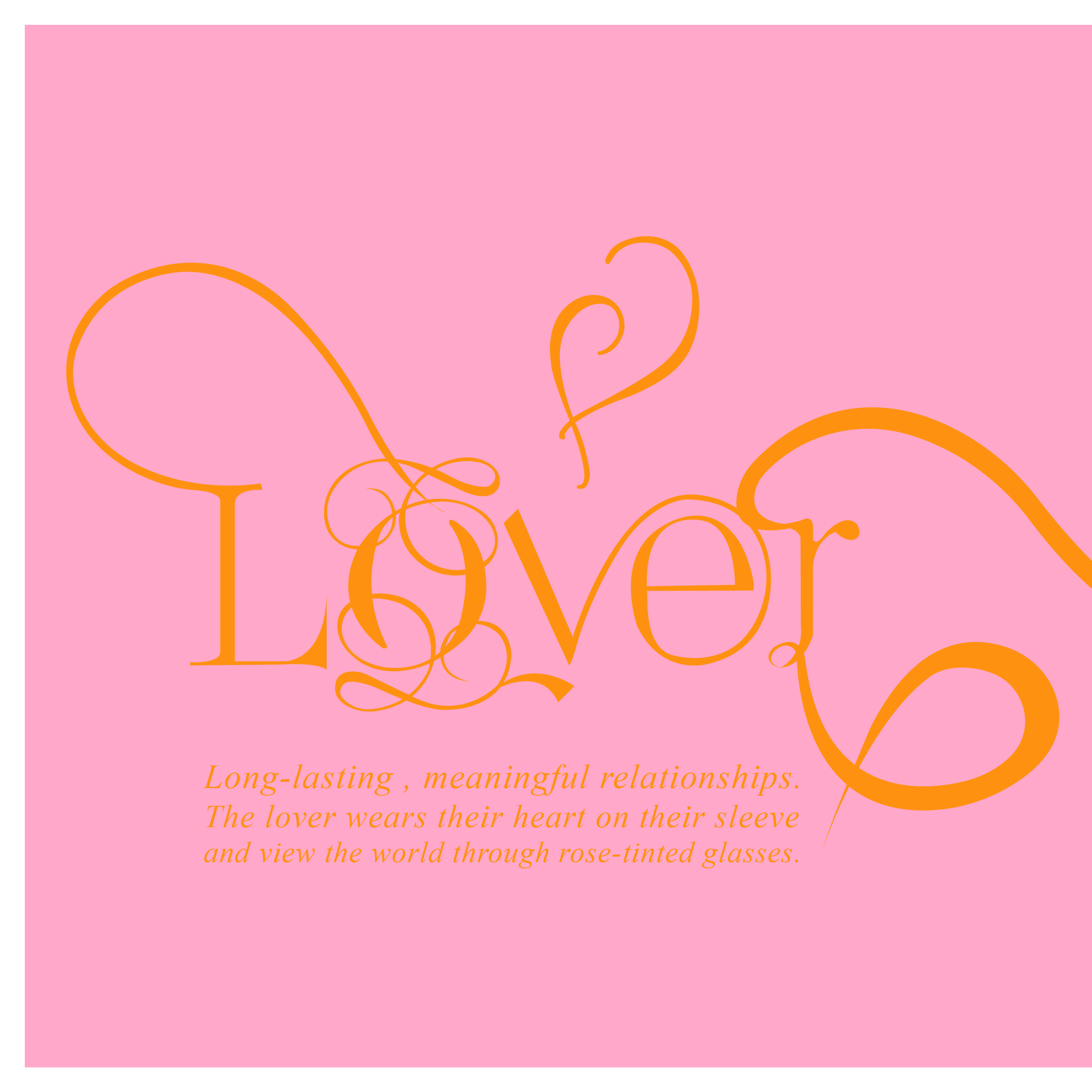 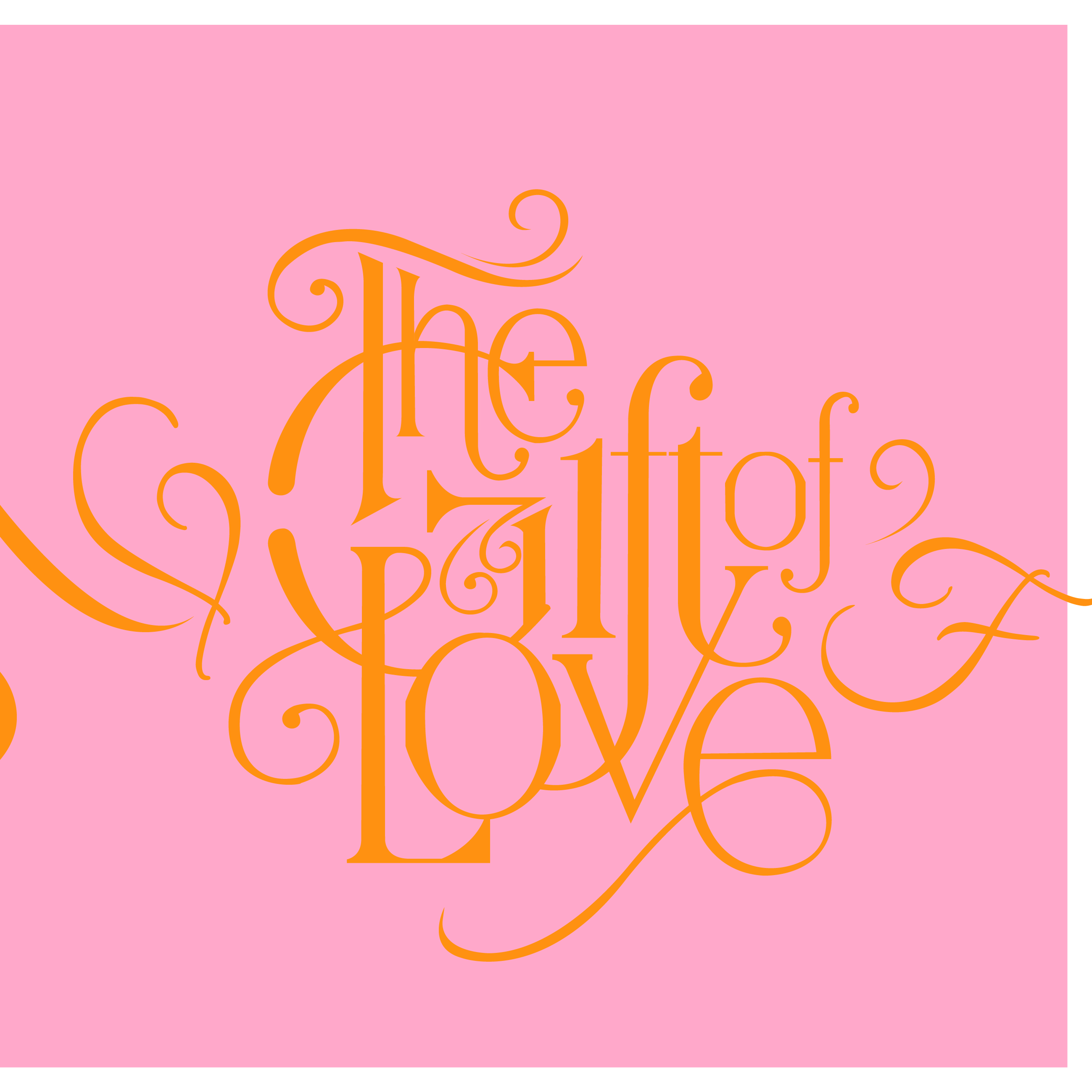 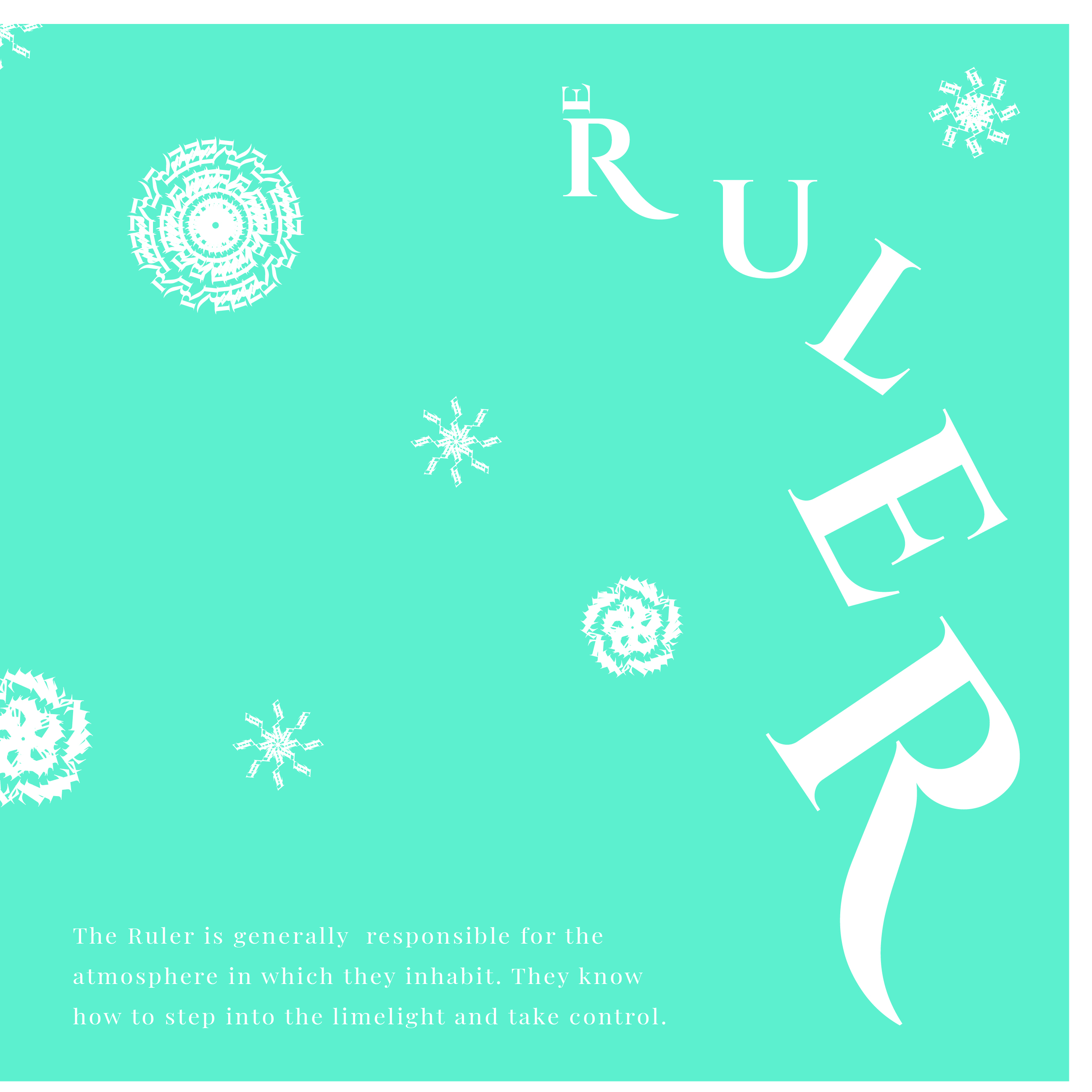 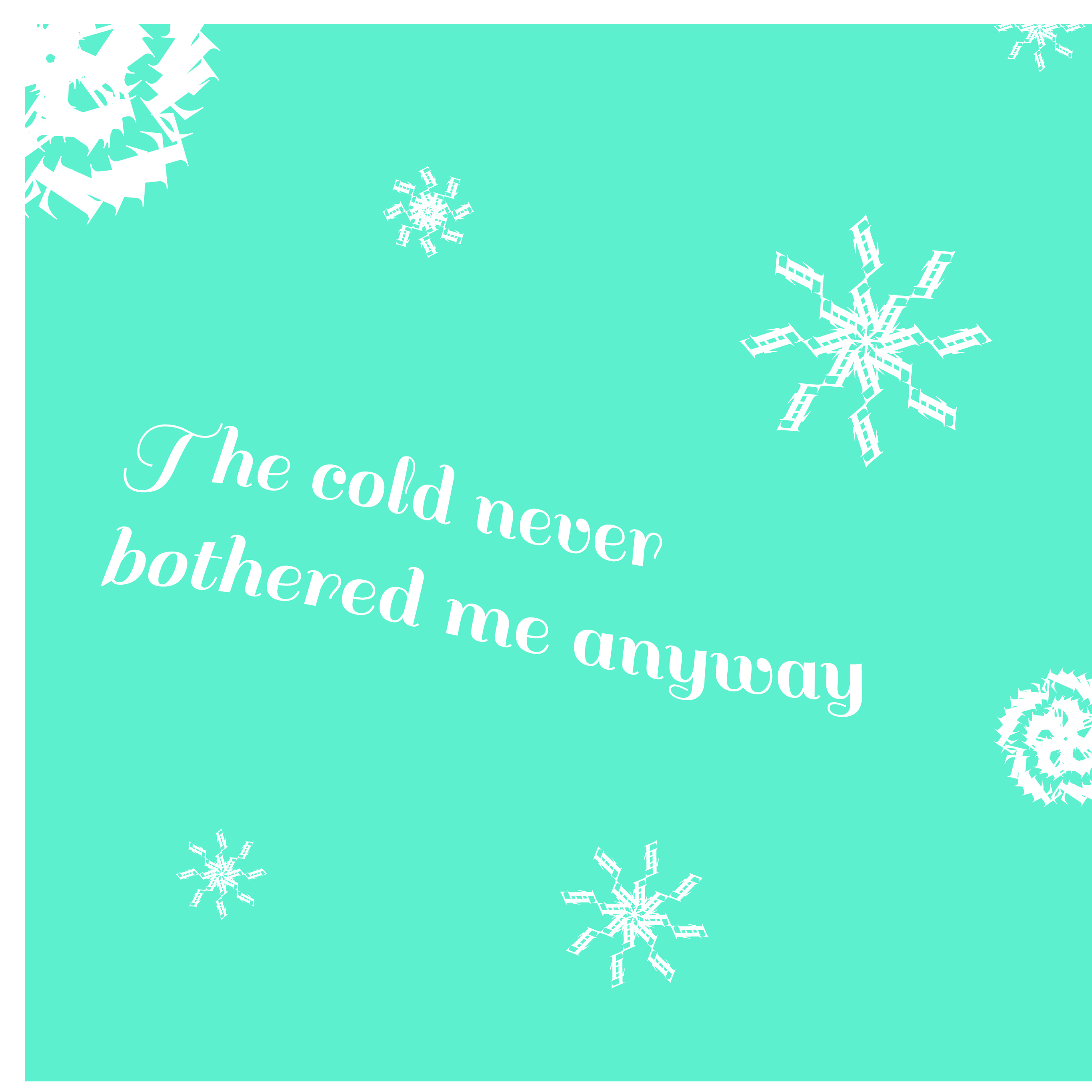 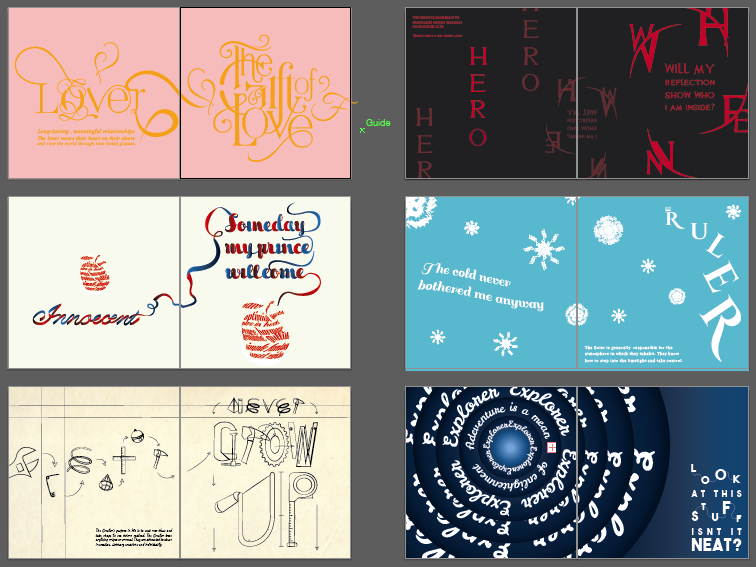 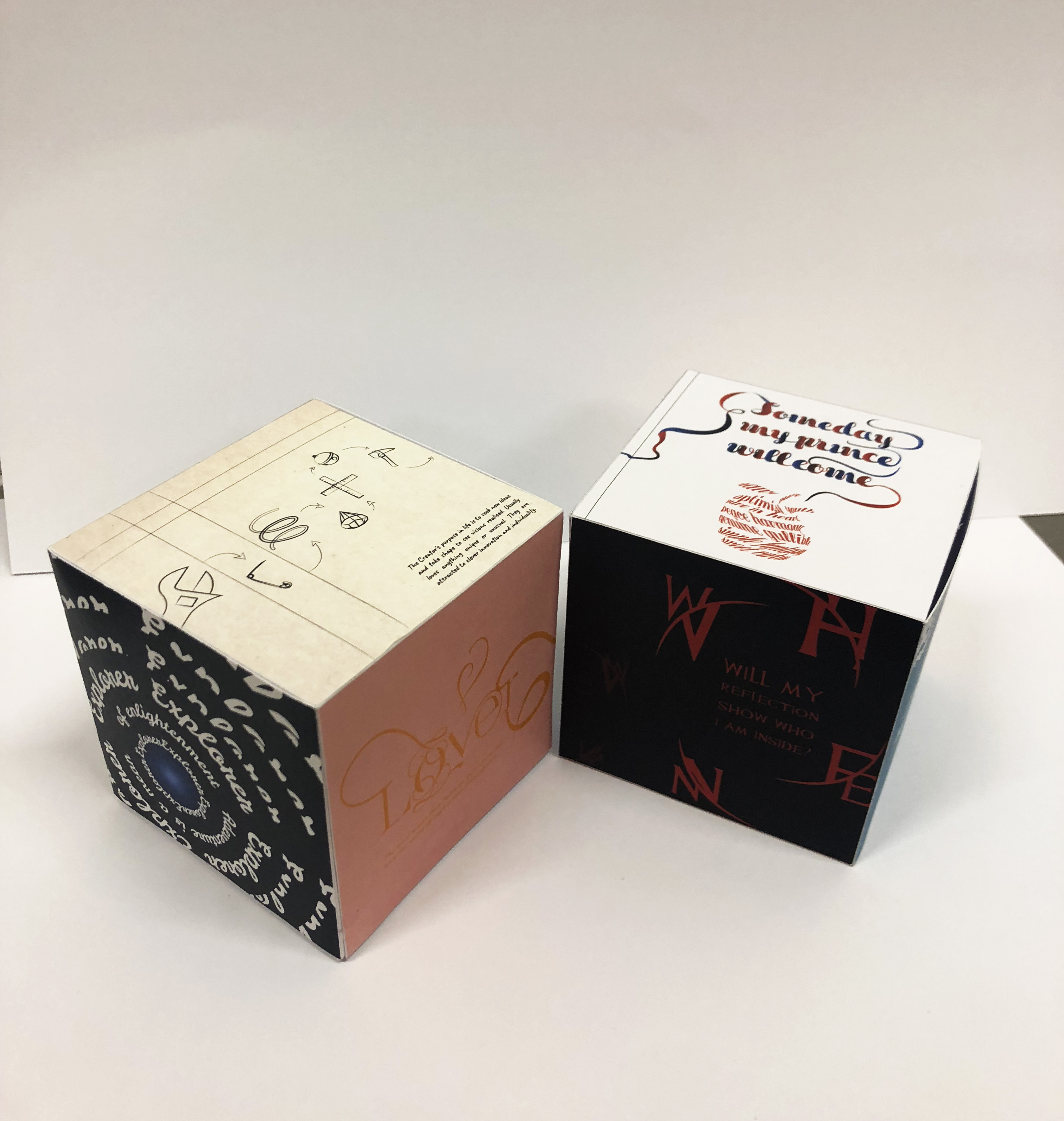