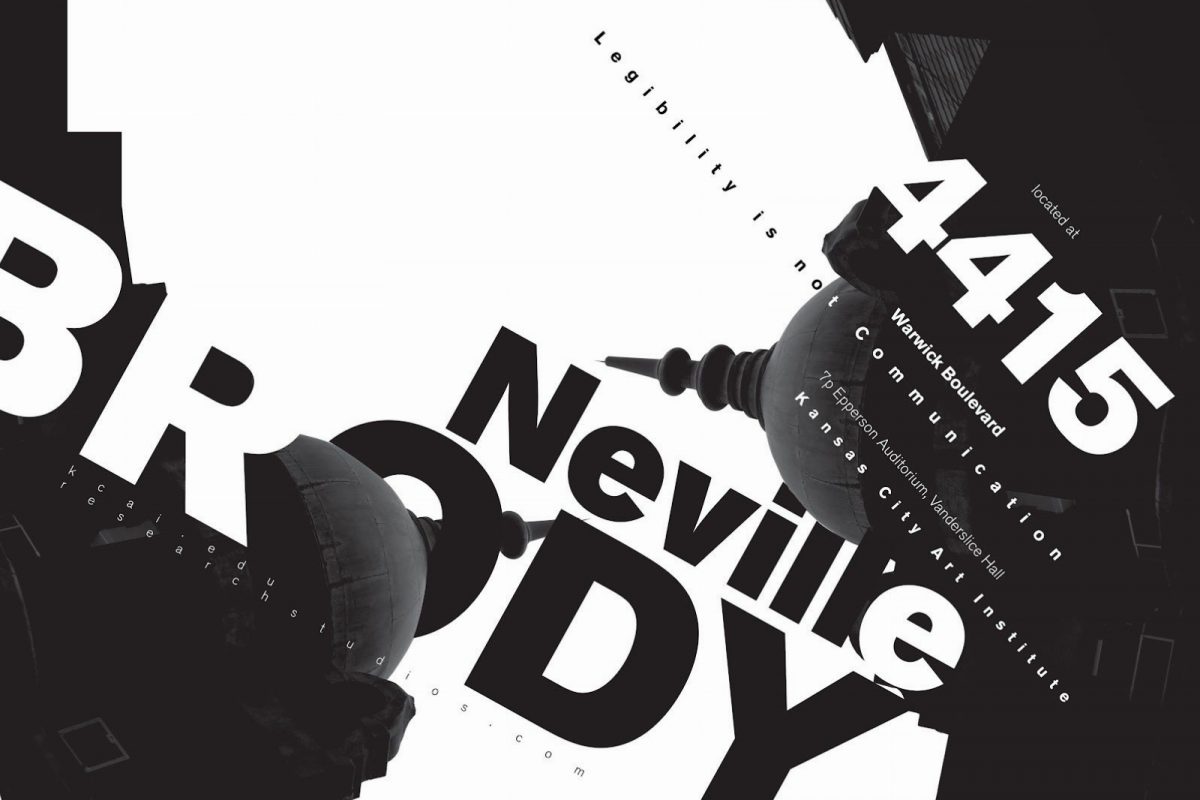 Neville Brody is an English graphic designer, typographer and art director. In his student years, his designs were often criticised by his professors as uncommercial designs. Brody was highly inspired and influenced during the era of punk rock, but his experimentation was not met up to standards to his teachers. However this did not stop him into exploring the boundaries of graphic design, thus he began researching on the subject comparison between Dadaism and Pop art (which is reflected in his following works).

Brody started his career as a record cover designer but was recognised in the market through his work as an Art Director for The Face magazine. Thereafter, he gave direction to several international magazines, newspapers and even redesigned one of the top two leading English newspapers. His achievements has revolutionised and gave meaning to the media and the world of visual communication.

Brody is also one of the founding members of Fontworks/Fontshop and has designed numerous notable typefaces for websites. Such as:
Arcadia, Industria, Insignia, FF Pop. 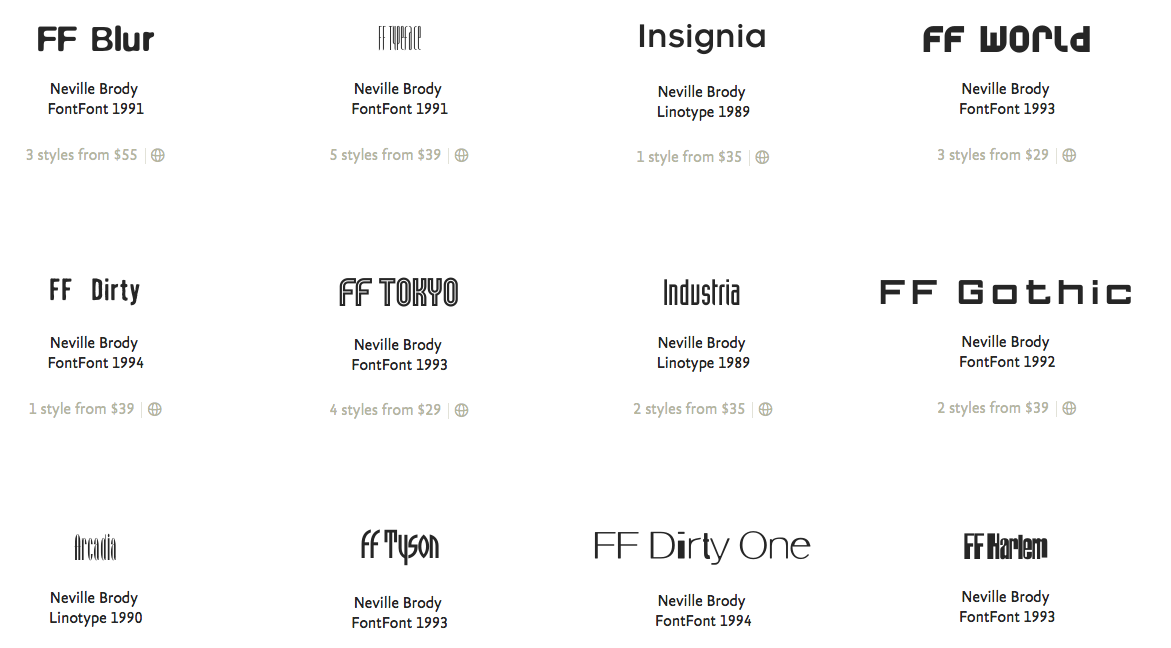 Some of his font design, such as Arcadia was influenced through the style of Art deco. It reflects “the great gatsby” period, capturing the vibrant spirit and the lush atmosphere of the Art Deco. It features a tall and striking geometric design with extremely condensed and contrasting forms. Arcadia’s elegance is used to display settings for advertising, packaging, invitations, or logos.

Furthermore, Neville Brody established the FUSE project, which fuses typeface and graphic design in a magazine. The project brings forth designers, architectures, sound and film directors together through conferences.

Neville Brody plays with colors, form, weight and type that evokes loudness and eye-catching elements in order to push through the boundaries of design whilst playing with the unconventional. His work effectively hinders the line of rule breaking by creating a refreshing side on graphic design. Brody embodies the essence and the true meaning of design and to communicate visually, instead of falling into commercialism. One has to stand up in order for the rest to rise.