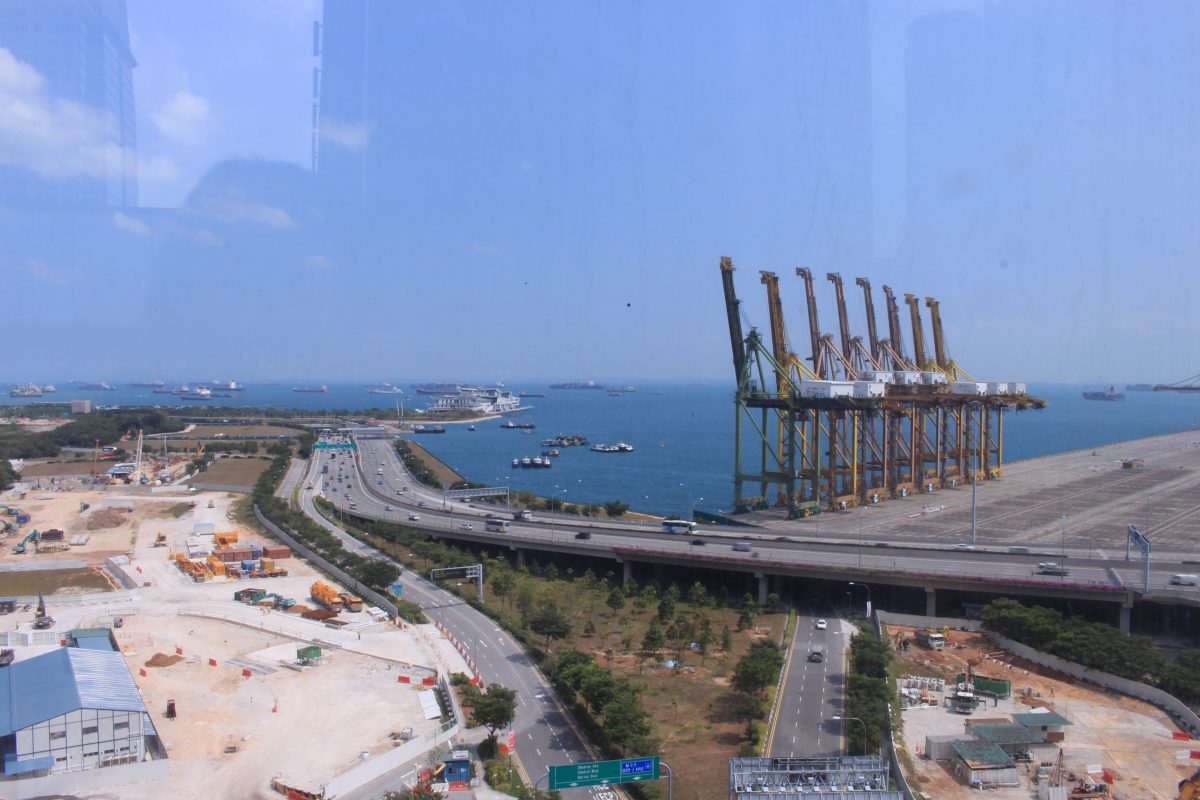 Shenton Way begins at the junction of Boon Tat Street, Raffles Quay and Commerce Street, and ends where it meets Keppel road- in the heart of Singapore’s city centre. The shape of the area resembles an upturned shoe and contains Singapore’s most expensive real estate. It is designated as the financial and banking hub.

This area is known for commercial skyscrapers. It is also known as Singapore’s wall street.

Shenton Way was named after Shenton Whitelegge Thomas, the governor of the Straits Settlements from 1934 to 1946, as an acknowledgement of his decision to stay in the city during the Japanese occupation. Built on reclaimed land that was part of the Telok Ayer reclamation project completed in 1932, the road was not officially opened until 1951. The road was initially planned to be called Raffles Way, but the decision was revoked as there were already many roads, institutions, and places named after Stamford Raffles.

The very first structure built on the reclaimed land was the first Singapore Polytechnic campus, which was completed at the end of 1958 on Prince Edward Road, off Shenton Way. Designed by colonial architecture firm Sawn and Maclaren, the polytechnic remained there until it relocated to its current Dover Road campus in 1979. Much of the site is still standing today as Bestway Building.

It was not until the 1960s that the first buildings appeared along Shenton Way. Amongst the first modern buildings located there was the Singapore Conference Hall and Trade Union House, which was opened officially in 1965. The building is recognised as a prime example of Singapore’s urban architecture of the 1960s. It was designed to suit the local tropical climate, especially through the use of a cantilevered roof and terraces to provide shade and a natural ventilation system to keep the interior cool.

Besides commercial buildings, the government also located its financial institutions in the Shenton Way area. Among the first were the DBS Building designed by Alfred Wong Partnership. They also shared the same tower-and-podium structure as their neighbours. In 1971, the DBS tower was hailed as a symbol of Singapore’s rise from “a small fishing village” to a modern nation, and it was compared to monuments such as the Taj Mahal of India and the Great Wall of China. In 1987, the Monetary Authority of Singapore (MAS) also moved into the 30-storey MAS Building, and the Ministry of Finance and the Ministry of Trade and Industry into the 52-storey Treasury Building, both in Shenton Way. The DBS Building was acquired by Overseas Union Enterprise (OUE) in 2010, and it has since been redeveloped into a new mixed-use project called OUE Downtown, comprising offices, serviced apartments and retail spaces. (downtown gallery)

In June 2017, a new bus interchange was built in Shenton Way to serve commuters in the Central Business District. The terminal is located off Shenton Way, next to Bestway Building and directly opposite the MAS Building.

Urban rejuvenation in Shenton Way has continued apace in the new millennium, with makeovers for several older buildings.

For my Zine, I would like to focus on the form, shapes and patterns of the buildings to create something abstract (looking at cubism, photomontage and Kadinsky, and maybe psychedelic Japanese art to convey the hectic, fast paced atmosphere) as well as using money metaphors as a theme. Creating a buzz of fast pace environment, a structured area and the hectic workaholic feel.