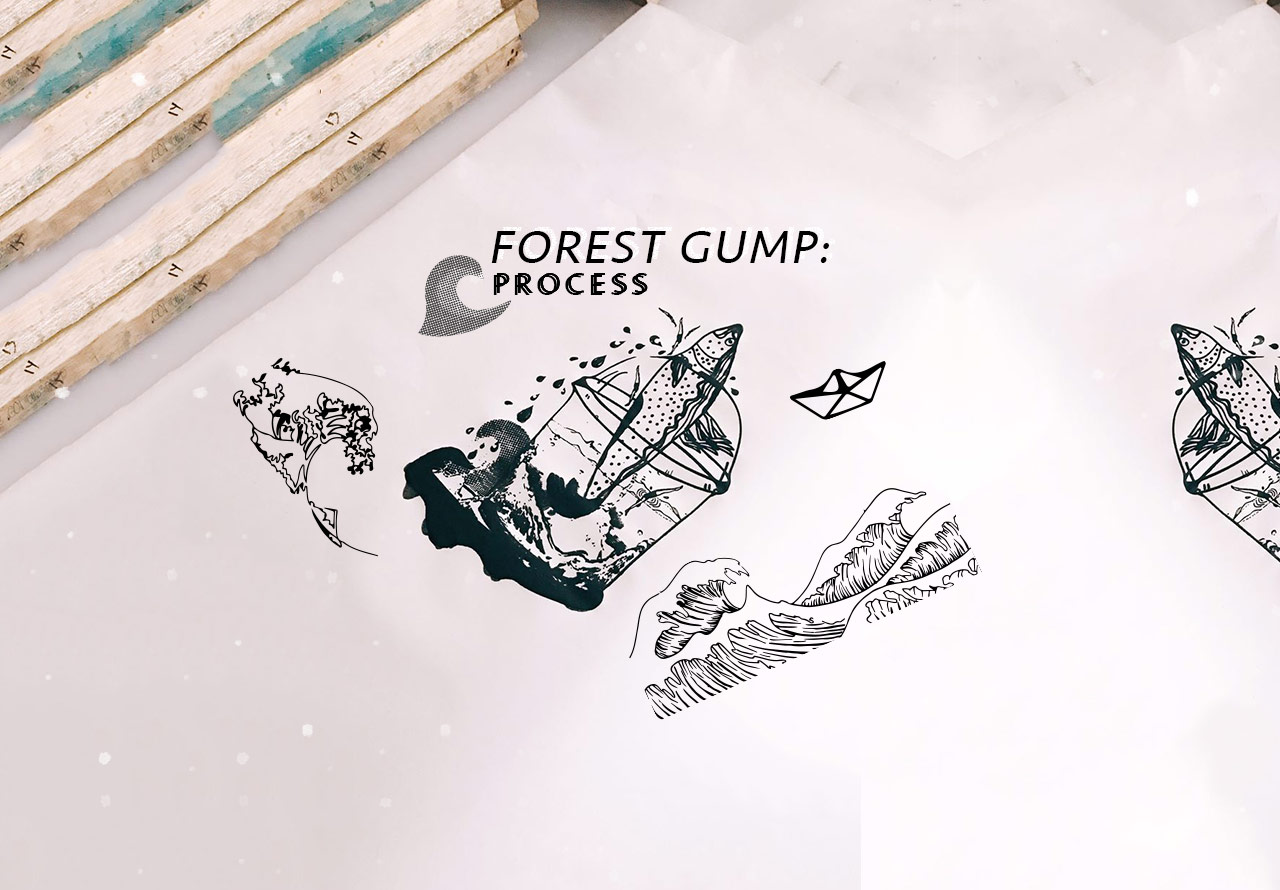 After going through the brief, various thoughts and ideas came to my head. However, I was not sure of how exactly I wanted to come up with and portray my compositions.

I immediately started off by going through quotes that are closely related to life and human feelings. I drowned myself in a sea of emotions and feelings from movies that I closely relate to or have been inspired by. 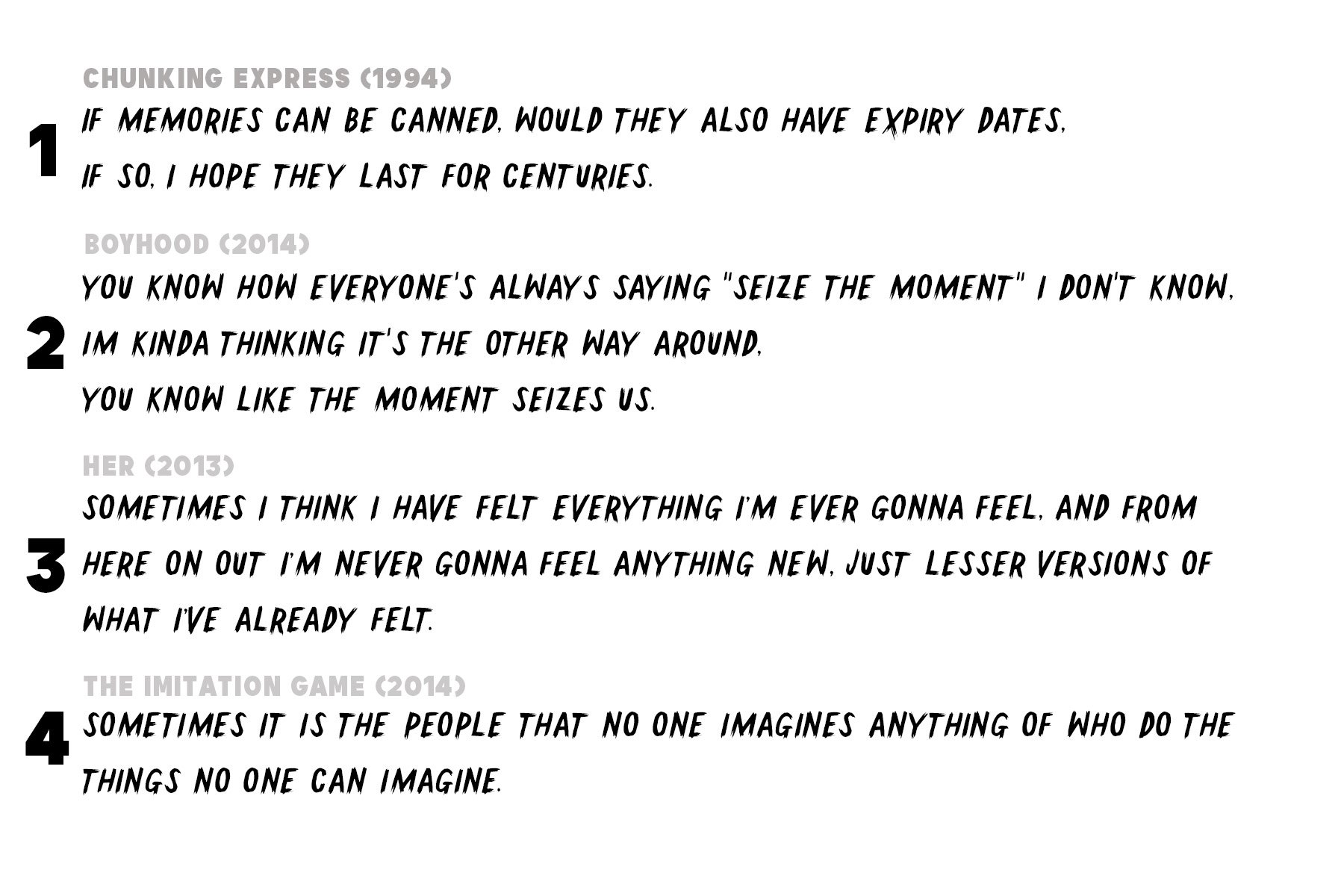 I settled on these 4 quotes as I felt that they spoke to me in a certain way and had the potential to explore various compositions.

“think about the quote in a different perspective” / “dig out a different meaning” / “link quote to various objects in life” / “be unconventional, don’t be literal”

These thoughts replayed in my head as I tried to come up with a concept/overarching idea for my compositions. I took to staring at objects around me and tried to create a connection between them and the movie quotes.

Deeply inspired by surrealism, I wanted to make use of everyday objects to tell a story about my quotes, almost as if the compositions/interpretations of these quotes are from a different world of its own, where everything works differently.

: the art or practice of using symbols especially by investing things with a symbolic meaning or by expressing the invisible or intangible by means of visible or sensuous representations: such as

a :artistic imitation or invention that is a method of revealing or suggesting immaterial, ideal, or otherwise intangible truth or states

b :the use of conventional or traditional signs in the representation of divine beings and spirits

There were certain similar elements in the quotes that were chosen.

Thus, by using everyday objects it better symbolises life and feelings of a human rather than any random object.

I came across various artworks and was inspired to create compelling compositions of my own.

In addition to the initial research done on Dadaism and Surrealism artists, I also narrowed down the artist references for my compositions.

Dali’s works are compelling, making one want to stare at it longer to uncover what different meanings each element in the painting portrays. In this piece, Dali portrayed the theme of time with an objective of discarding the world of reality. He did this by distorting (melting) the clocks and creatures with a perfectly normal background. It is clear this art piece was a result of his interpretation and imagination.

A surrealist artist greatly inspired by Salvador Dali. His works portrays fascinating stories and imagination with the use of everyday objects such as food, and shoes.

Henn Kim is an illustrator from South Korea who evokes theme of, “beautiful dark twisted fantasy” in her art works. Her works are compelling and are always in black & white. Her art style and work were my main form of inspiration for my 4 compositions.

These sketches received generally okay feedback on the first round of consultation but were given feedback for improvements. Since the use of the hand motif is strong, I decided to use that as a common element in my compositions to make them look more consistent. It was also suggested to maybe also use cups across all my compositions to suggest the same meaning of life in each of them.

– Included use of hands and cups in all 4 compositions – 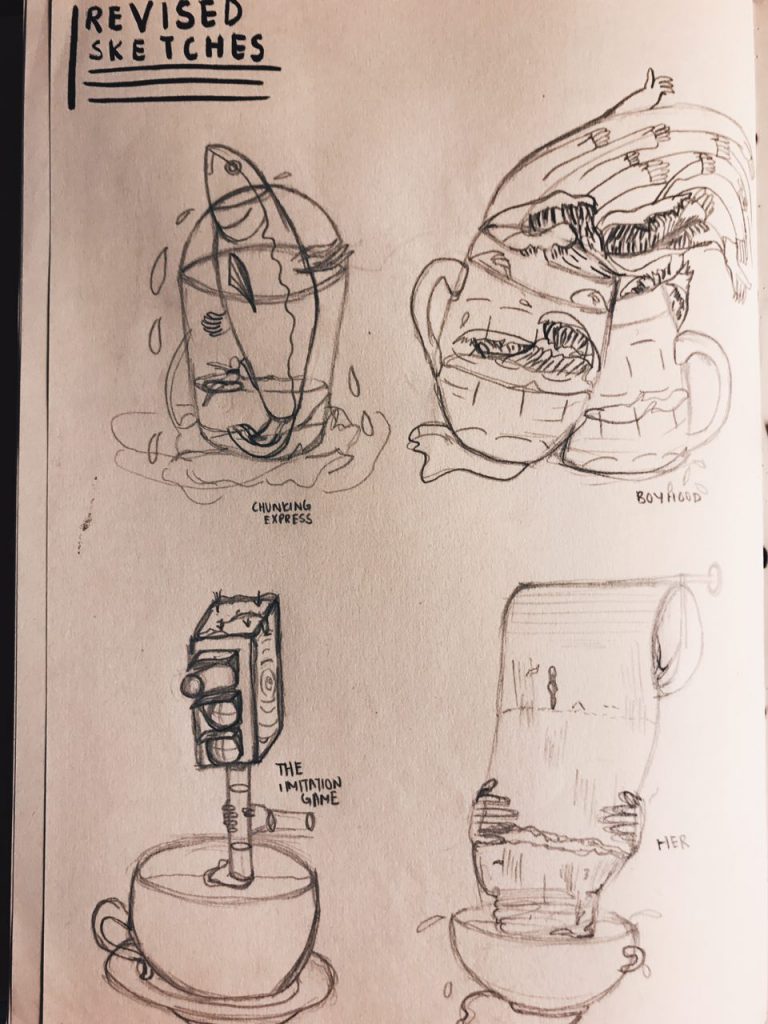 Feedback: Cup and sardine seem to be clashing, girl looks like she is about to crash into cup, fish fin can be tilted slightly upwards to have a better direction flow.

Feedback: Interesting use of toilet paper roll (at least some thought so), humans on the composition are a little disconnected/doesn’t make a lot of sense, can flow better, replace with something similar to other compositions.

Feedback: Looks abit more plain compared to rest of compositions, can make cup tilt little so that the cup looks unstable almost like the rest of the cups in other compositions, add more water droplets, traffic light currently doesn’t look like a stirrer, tilt traffic light a little to show that it is in motion.

Read more about the ideas and meanings behind each composition in my final Forest Gump post!