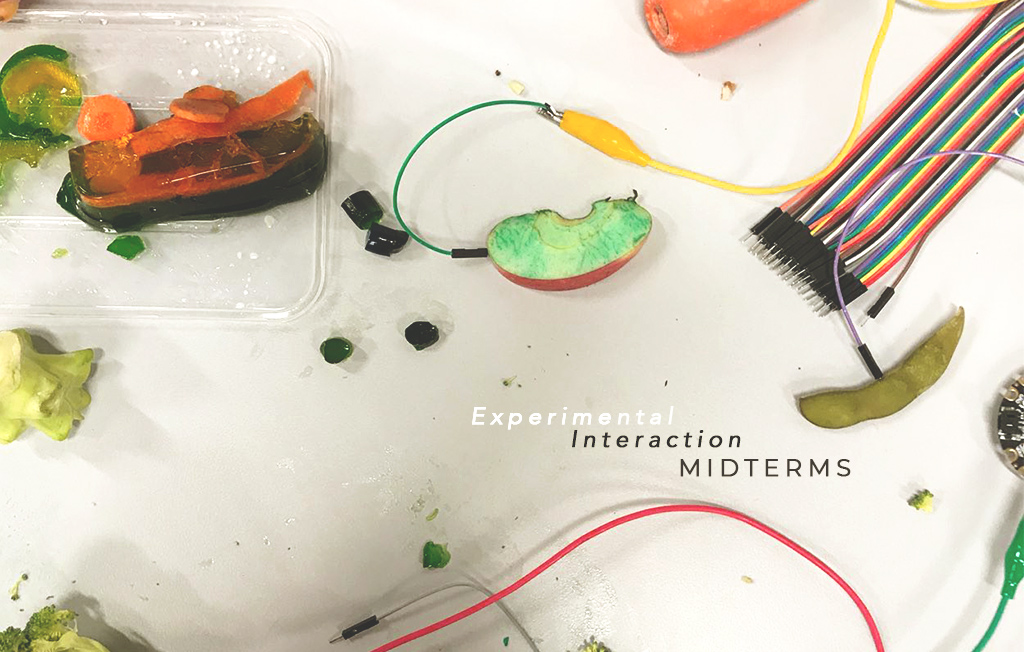 My group mates and I brainstormed and eventually decided to use the Circuit Playground express to create an interactive agar piano using capacitive touch. From there, we built on the idea and wanted to our final product to produce something with visuals.

With that thought in mind, we decided to expand our initial idea into:

An interactive agar piano causing a visual to appear when a key on our “piano” is pressed.

Since our project consists of different components – Circuit Playground, Making of Agar and buying of fruits to experiment with, Processing – we decided to split our work into these categories as well. At the same time, we still all did research on ways to improve our project.

This way we could all work on our individual parts at our own time and put everything together at our group meetings.

Our first group meeting was mainly to test out if capacitive touch really works with the fruits. Jamie and I prepared boxes of Agar and Jello to see the difference and brought whole pieces of fruits to test out as well.

Unfortunately, our agars and jello did not work, instead we only managed to get the capacitive touch to work with the vegetable our fruit slice. 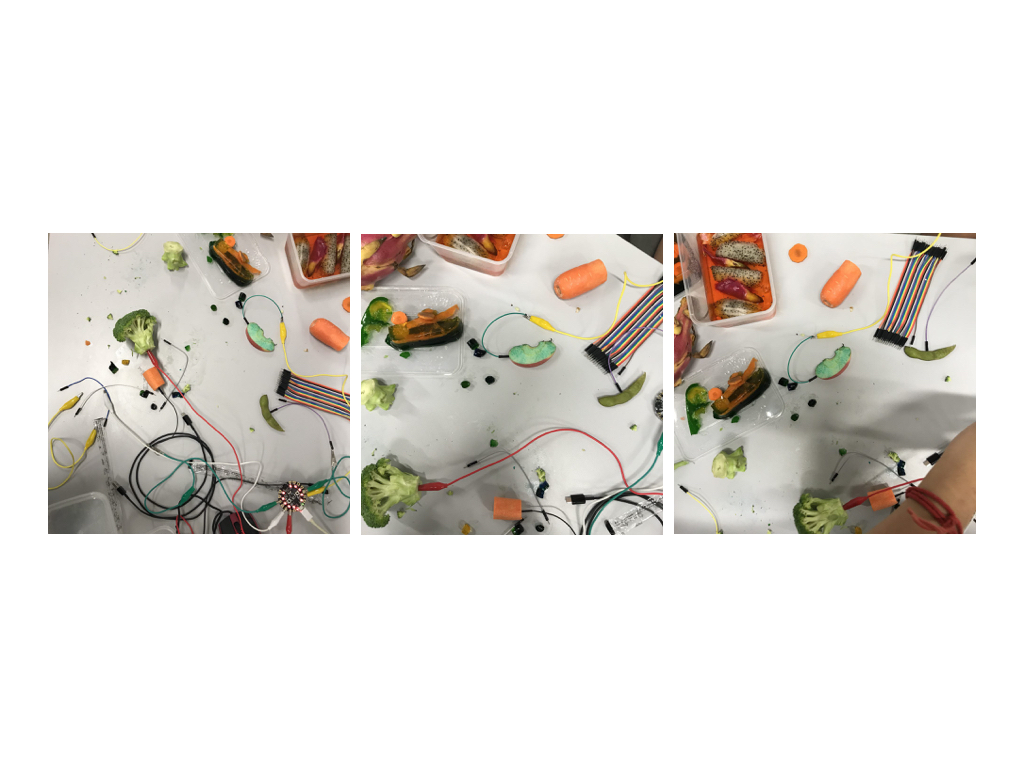 This method of poking crocodile clips into fruits worked and allowed us to play sounds by just touching the fruits. As a result, we decided to go back and try again as it should work with the Agar and at the same time, Claire could still work out the visuals through Processing.

During our consult on recess week, our group’s main problem was to link Adafruit to Processing so that one key on the “piano”  is pressed, it will create a reaction in Processing, then forming a visual on screen because of the key pressed. However, there were several port issues and the adafruit code would not link. We first tried the method of connecting adafruit to arduino first as it may be easier to connect it bit by bit this way. BUT! It also didn’t work! Dominique and I realised that the computer port may not be recognised and tried to troubleshoot it through the control panel on her windows laptop.

Finally!!! We managed to fix it and the port connection was still successful so we eventually managed to transfer the code over. From there we worked out the connection to processing as well.

Claire was also struggling with the visuals as she wasn’t sure how to make the visuals come out and how to make it sync with the sound/key pressed. Thankfully she managed to clear her doubts and eventually coded boids that looked amazing 🙂 We all owe it to her for the coding on Processing.

Jamie suggested to use real piano audio notes instead of the adafruit sound, so that we can make it louder and also it is clearer that we are trying to mimic a original Piano.

On the day of the presentation itself, we realised that we were not able to carry out capacitive touch as processing reads pure touch and not different pressures. Because of that, we weren’t able to clip the crocodile clips as the boids will appear non stop because of the constant pressure and crash the code.

I was in charge of creating the looks of the agar agar piano and testing out with the circuit express if the capacitive touch works with it, and it did! 🙂

Overall, this project was enjoyable even though we met a lot of difficulties. I do think that it has taught us a lot and we have managed to find out more about these various softwares. Creating the Agar was fun but I hope to be able to do more coding for my future projects.