the faculty or activity of imagining impossible or improbable things.

activism
/ˈaktɪvɪz(ə)m/
the policy or action of using vigorous campaigning to bring about political or social change.
—

For the reason that I just feel like drawing plants for this project, I was torn between doing fantasy and activism because while I wanted to do a fantasy, plants are very easily associated with topics of sustainability. I then thought, why not create an activist’s fantasy? Or… not so much an activist but just an avid plant potter.

With my indecisiveness, I created two user personas. Thankfully I made a decision in the end, going with the second one (Jazzy). 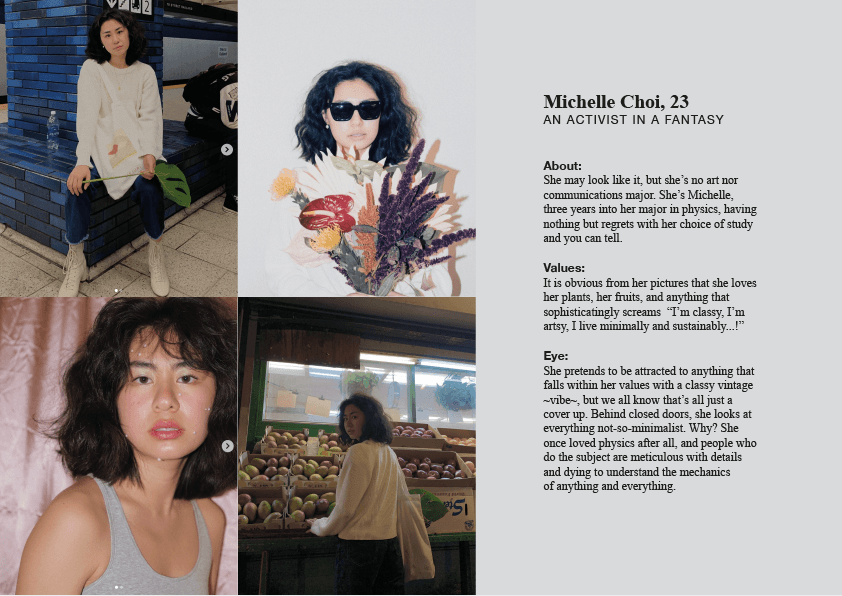 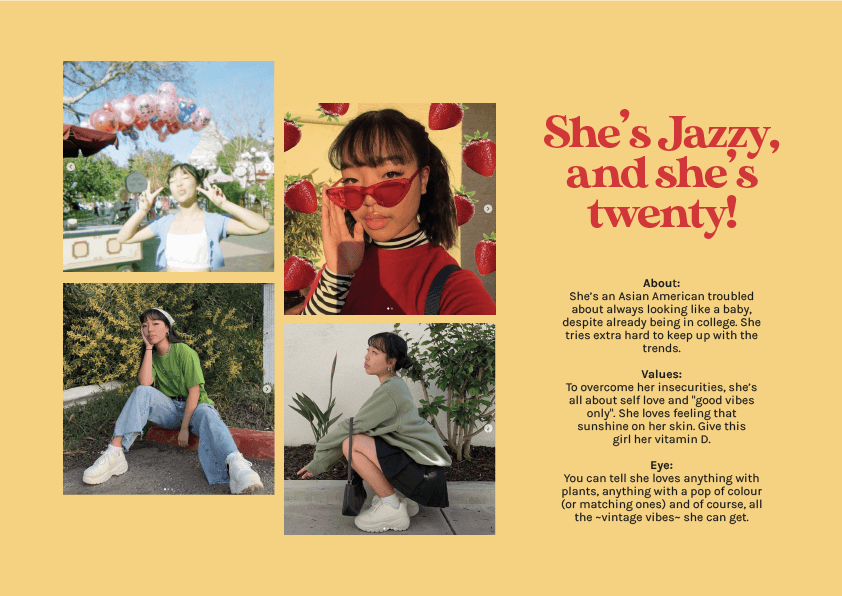 *I’m sorry about the orphan

Again, being indecisive, I created a few mood boards to see which styles would be more fitting for my ideas. After going through my thumbnail sketches, I am most likely going with a tarot card style with a hint of Alice in Wonderland surrealism.

However, I still plan to take inspirations in different parts of the first three mood boards, like colour scheme from the first, art style from the second, and composition from the third. Please don’t @ me if I change my mind. 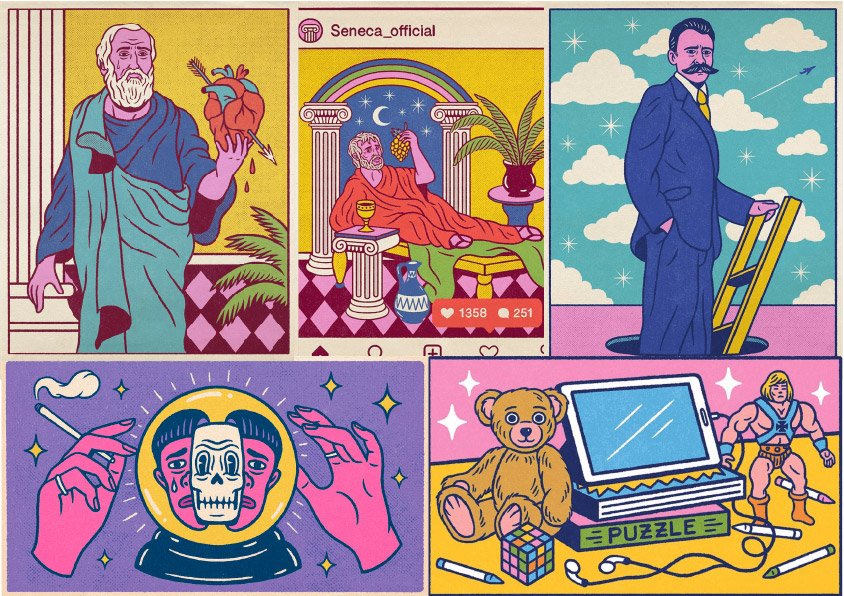 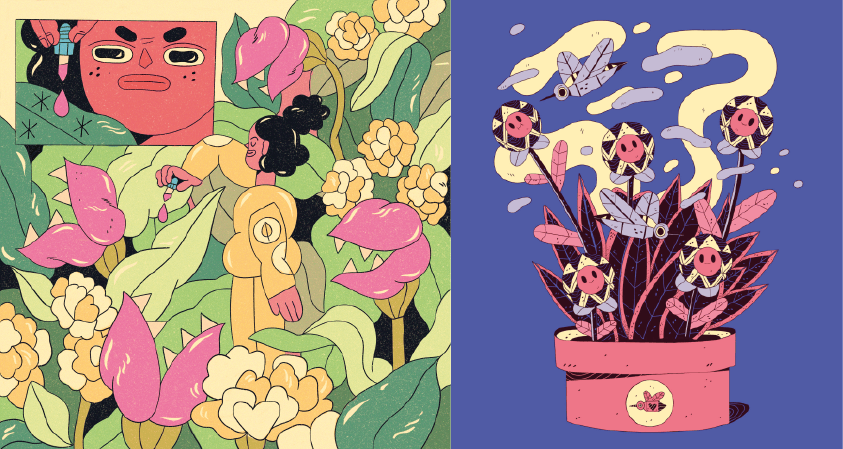 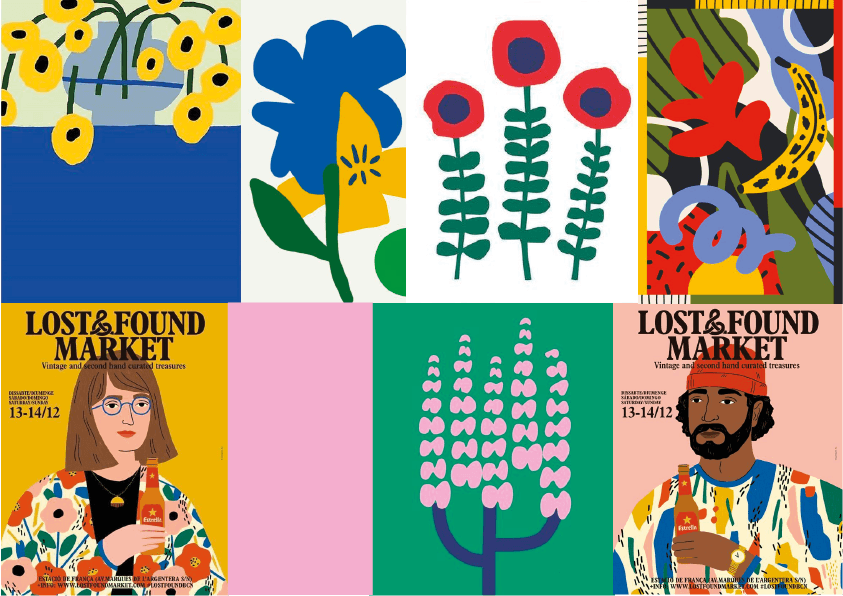 The general concept that runs across most if not all my thumbnails is simply the story of my mother who has been trying very hard and failing to propagate some Peace Lily plants, because they keep burning in this Singapore weather. Her fantasy would hence be a world where Peace Lilies would grow in this hot sun. 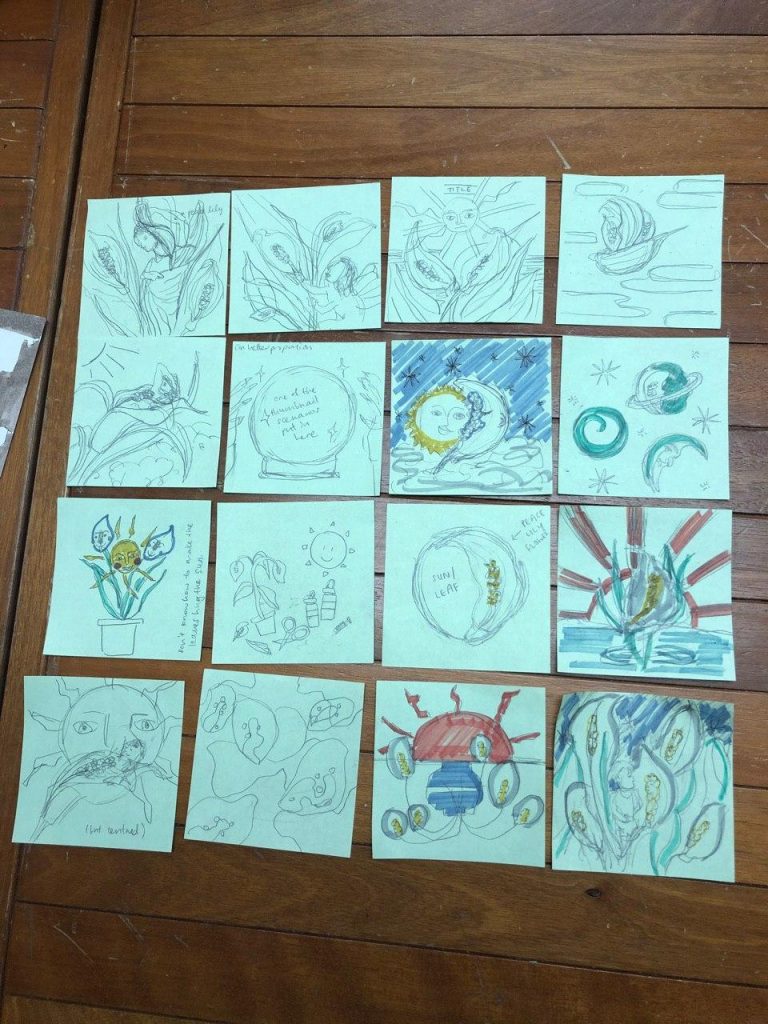 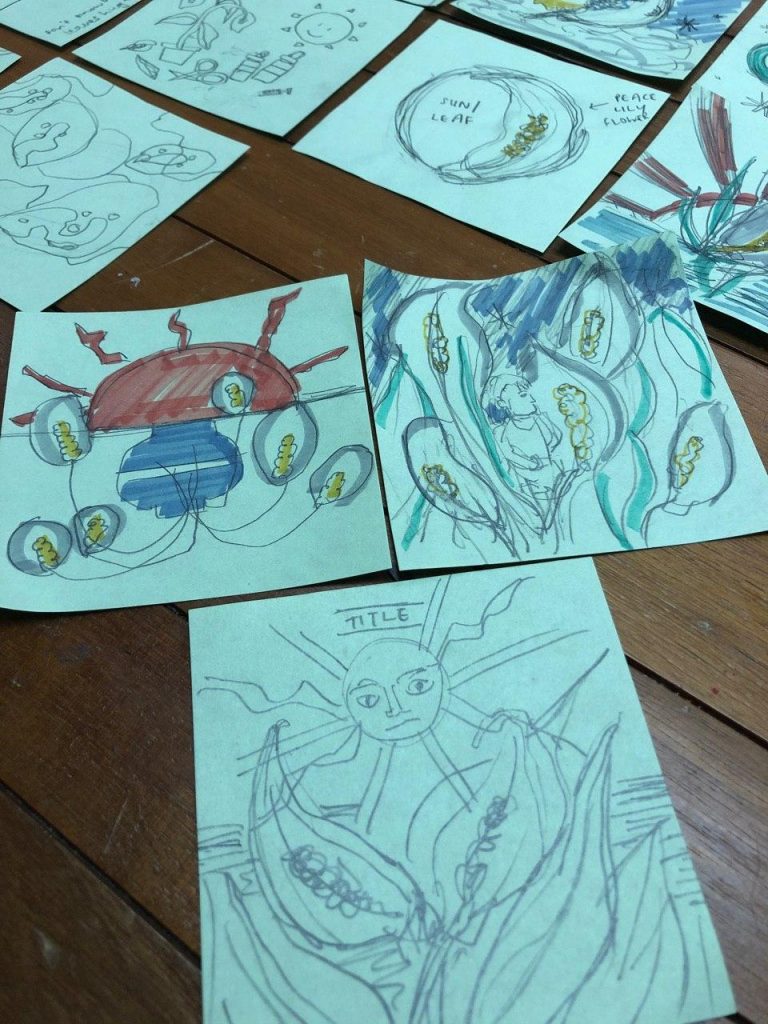 These were the three selected thumbnails to work on. The first one had the strongest concept, while the other two were more visually appealing.

First:
If you look at the potted Peace Lily upright, it would show that the flowers are dying, but as a whole image with the pot upside down, the dead flowers are actually rising up towards the sun.

Second:
A small figure in a giant Peace Lily forest.