Greetings, from day -1 of circuit breaker.

I’d already begun self-isolating from awhile ago, and now I’m already bored before the official start of lockdown and am on the verge of piercing my own ears!!!! Help.

Inspired by the Instagram account @mignonettetakespictures that posts some of the most aesthetic, CUTEST small animals, I decided to base my final project on cute animals. 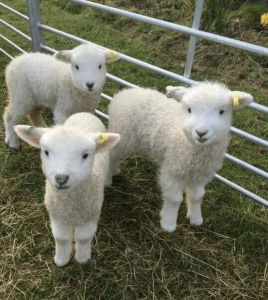 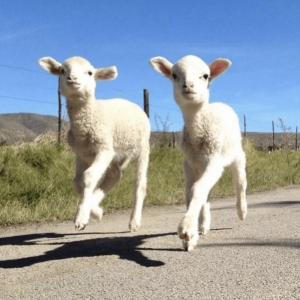 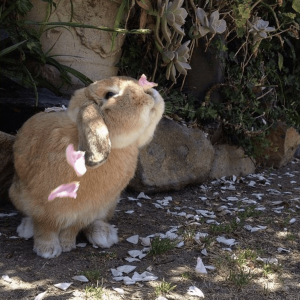 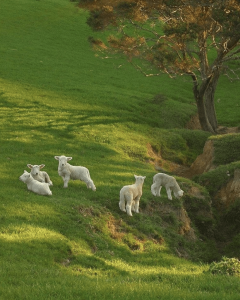 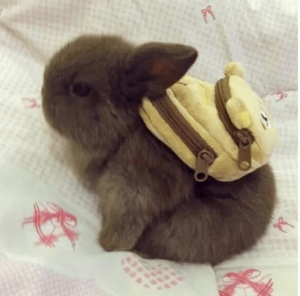 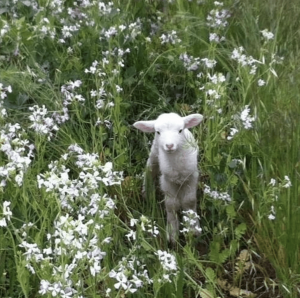 I had various ideas that were based on reality, like renting a pet for a day (kind of like dog-sitting), having a day care centre, a see-but-no-touch exhibition that’s pretty much like a zoo, and struggled to come up with something that really HIT it for me. I also really worried about people abusing these babies.

Lisa suggested that I try going out of reality and not have logistics run this project, and even referred me to these works below that honestly scared (still do) me (insert laughing emoji here). Thank you for the references Lisa, but I kind of want to stick to doing something cute and innocent hahahaha. Not trying to ruin anyone’s perceptions of cute fluffy animals! 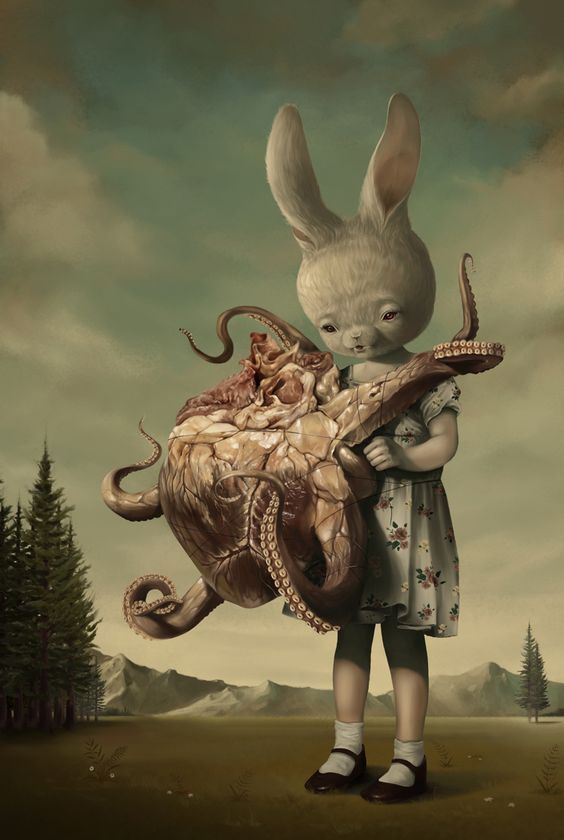 Somewhere along the way I had the idea of having a Grand Mansion that had different unrealistic rooms, like one room would be a never-ending field for a baby lamb, one would be a room full of mirrors for a narcissistic cat, etc. It’s kind of like minecraft where people build crazy mansions, and it’s also kind of like The Chronicles of Narnia. However I ended up not going with that idea… because, well, I let the project run its course.

Inspired by Lolita Chiong, a very, very, very talented local artist who’s struggling to finance herself for CalArts 2024, I wanted to try mixing image backgrounds with illustrations. (You can see the reference from the thumbnails, but do give these a watch when you have the time!)

Bird cartoon link in my bio! 🥺🦜 watch the full film there! I was hesitant of sharing it at first because omg it’s BAD. But I love lovebirds so much and they very cute. So you gotta watch 🥰🥰🦜🦜🦜 #lovebirds #lovebird

So here’s the process of first attempt. I honestly laughed so hard at my very first attempt at mimicking Lolita’s simple use of shapes and black outlines. The cat looked like Doge?!?!?!?!

While it’s easier for the illustration to stand out with outlines, after playing around with different stroke widths, I decided against it as the style just wasn’t doing it for me.

I dove into the world of Pinterest and created a huge board with all the potential images I could use for my animals. While picking out images, I thought about whether I wanted the animals to be placed in a realistic scenario (e.g. field for lamb), if I wanted them to be extracted from reality , or if I even just wanted an aesthetic background that could suggest a scenario but not actually show it (e.g. just water ripples, plants). I went through 1001 images and eventually decided not to fixate on just one, that it could be “realistic” but also out of reality, and it could also just portray a sort of mood that is coherent to the rest.

Something else I also considered was whether I wanted to place the animals within human civilisation, or just a ‘human’ environment (like in a house, at a picnic, etc.). I tried putting the penguin in roller skates at one point, in a roller disco/ those retro diners with checkered floors where the servers skate. The background images were all bad so I didn’t go with it, but I also eventually decided to keep the backgrounds to nature for coherence, hence I don’t think I will be using the house cat. 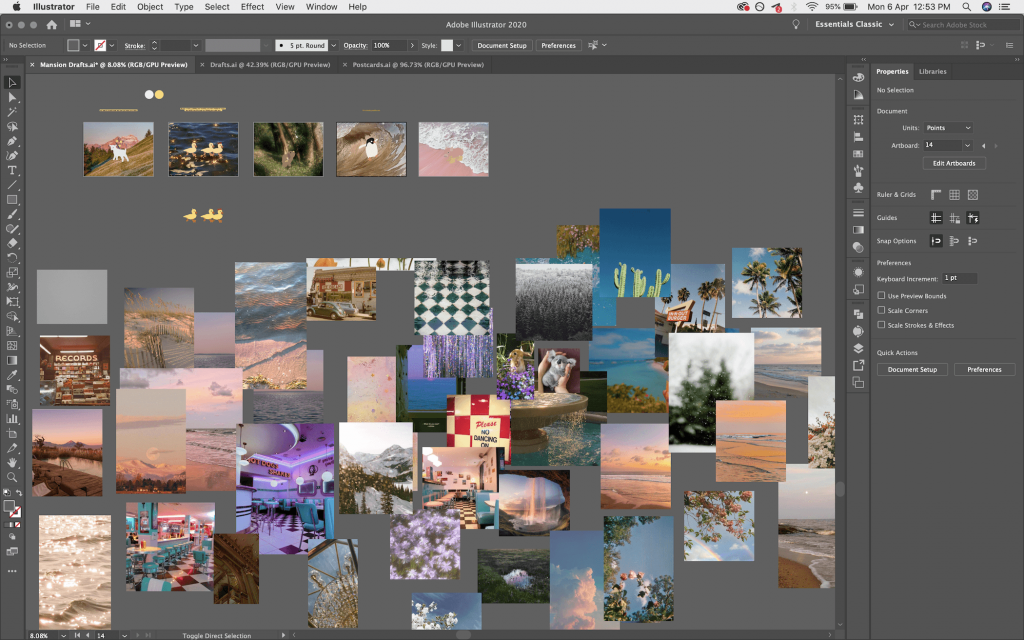 (Trust me, I spent a LONG time finding the best backgrounds for these lovelies).

At first I did not mind the background images to be of low quality, inspired by Lolita’s works, however the images were turning out to be on wayyy different levels of quality, so I had to do something to make them the same. I brought my backgrounds to Photoshop and applied the same Dust and Scratches+10 and Noise+15 effect to all of them. The blur effect that the dust and scratches gave the images also allowed my illustrations to eventually pop out more.

Now, where is this project headed, you suppose? I’m not so sure myself. I believe I’ve drifted away from the idea of the mansion because I’d have to imply that these scenarios are through the doors of a mansion somewhere. At some point I thought the mansion could be “tourist attraction” that people could come to, and would literally be visiting several attractions at a time, and could walk away with postcards. So I have postcards, with little inspirational “movie” captions relating to either the scene or the animal.

Right now it seems like I’m creating a sort of grand tour to visit these cute animals “around the world”, and the overall art direction is a feel-good aesthetic. The only problem I have with “around the world” is that the ducks aren’t placed in a proper scenario.

Here’s me playing around with compositions:

(I tried making the animals big, but nah.)

So, now I’m at this point, where I’m deciding whether to have the animals directly interact with their scenarios. For example the penguin is on a surfboard on a wave (interacting), but the duck has a whole sun to itself, the lambs with clouds flowers and grass. I’m currently leaning towards letting it be a mix, as long as the overall look is coherent. Actually, maybe if I just added little waves around the penguin then it would all be matched up…!

I also decided to have them all centred rather than have them interact with the background too much, for reasons I’m struggling to put into words, but I really just quite like it like that.

And,,,, the reason why I expanded on the illustrations of each animal was so that I could create a little motion graphics video for the project, where each animal would have their own set of… assets. Here’s what I have so far:

(PS I forgot to cut the video length before uploading. You can stop after the animals are gone. Also ignore the beginning! Not sure what to put there yet.)

So far only the penguin has slightly more excitement to its animation (it FLIPPED! for heck’s sake! wow!), and I’m working on thinking of what I could do with the rest. I really went with the flow with this, and the animals zooming in and out like “ayyy”, “bye bye!” really does make it look like we’re going from place to place. So it’s really turning into a tour kind of thing like I mentioned earlier!

For the opening I’m imagining there to be a zooming-in, spinning, retro title, or a spam of travel-esque vehicle images following the beat of the BGM. This video could be a promotional video of sorts.

I’m no character animator, in fact I’ve barely ever animated anything in my life, so I’m not looking to do anything super drastic… like… MOVE THE HEAD OF THE LAMB TO EAT THE GRASS? How in the world!

For the remaining assets I’m still exploring my options. Right now I’m thinking of enamel pins, tote bags and whatever, but I’m really trying to think of what I could make that would not just be planting the same illustration on different products.

Moving on to my next step, I know I have to solidify my idea of what this ‘event’ actually is so that I can better tie everything together.

Sorry (am I really…?) for being long-winded. I just really want to show everything!