SPLIT CHEF is what the name suggests, a chef that has been split into two. It is a game consisting of two players, titled ‘Instructor’ and ‘Executor’ in this post, who will work together to prepare a dish. There is, however, a twist. Both players will not be allowed in the same room, and will only be connected via a third space screen where the Instructor will instruct the executor only through drawings within limited time, and the executor may only execute based on his/her interpretations of the drawings.

This is the basic rundown of how it works: 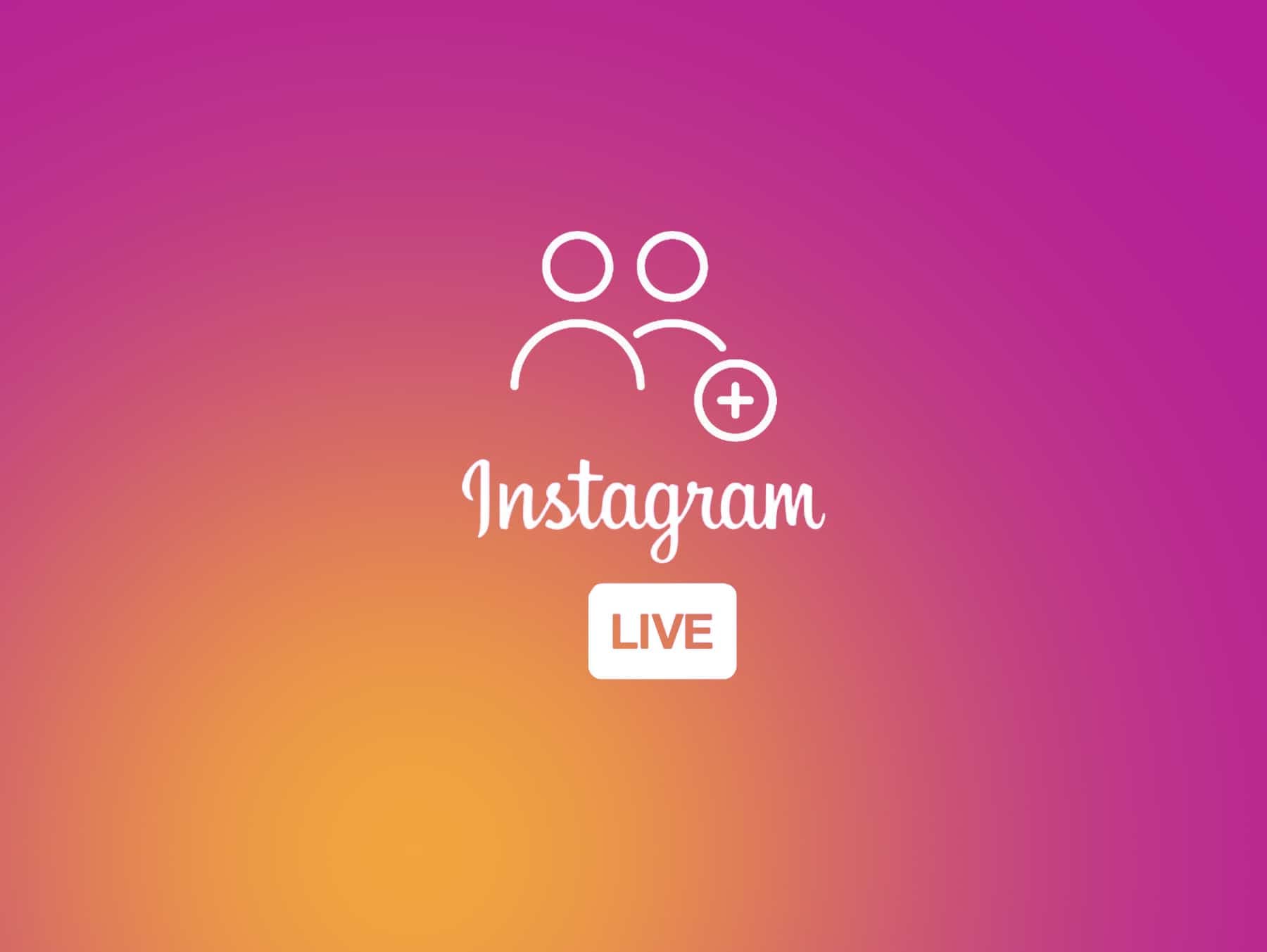 On the 28th of March, Thursday, was the very first trial run of Split Chef. Through the run, we realised that we were very unprepared in many ways, and that there were many unforeseen circumstances occurring that will have to be discussed.

From here, I will discuss what went down in Part 1: Grocery Phase, Part 2: Cooking Phase as well as an overall analysis of the run.

Since the players were not allowed to know the recipe beforehand, Brendan and I had to decide on it ourselves, where we settled on a basic Chicken Quesadilla. We figured that it was a pretty easy recipe, given that all that was required was chopping of ingredients, marinating the chicken bits, one cooking method of frying everything together and placing them in tortilla wraps. The only thing that we thought was going to be challenging was how the Instructor was supposed to draw things like “BBQ sauce” without being able to write any words within the drawing.

However, the recipe turned out to be more challenging to execute than expected.

On top of the recipe’s ingredients, we also decided to throw in some random ingredients that were not part of the actual recipe, so as to throw off the executor, preventing him from instinctively guessing what the dish was going to be based on the ingredients he was getting.

As expected, our Executor was indeed confused by the mix of random ingredients, and had also purchased 3 wrong ingredients (of which 2 were used). BBQ sauce became Tobasco sauce, shell macaroni became dumplings and chicken fillets became a WHOLE CHICKEN… Note Joel’s face of confusion/surprise. 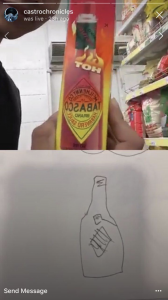 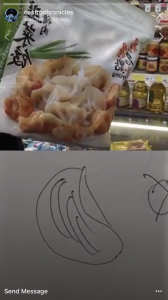 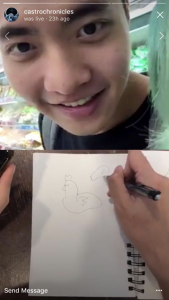 Here are some pointers that I’ve noted based on our run, along with potential ideas and rectifications for the game:

A break was taken on the stream while Brendan and Joel made their way to Hall 2’s Kitchenette.

On the other side, our friend Zhen Qi (ZQ) had taken over Bryan’s position as Instructor as Bryan had to leave. (Note that this will not happen in the actual run)

At this point, the connection and quality of the dual live stream became extremely poor due to the poor reception at the kitchenette. The game had to be paused several times due to the loss of connection. Perhaps it would be better if we conducted the second phase at someone’s home kitchen instead to ensure a good quality outcome, despite the longer travel time from the supermarket to the house. 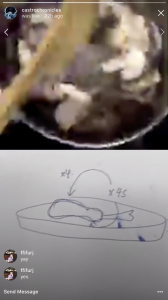 *Note the poor quality on the Executor’s side 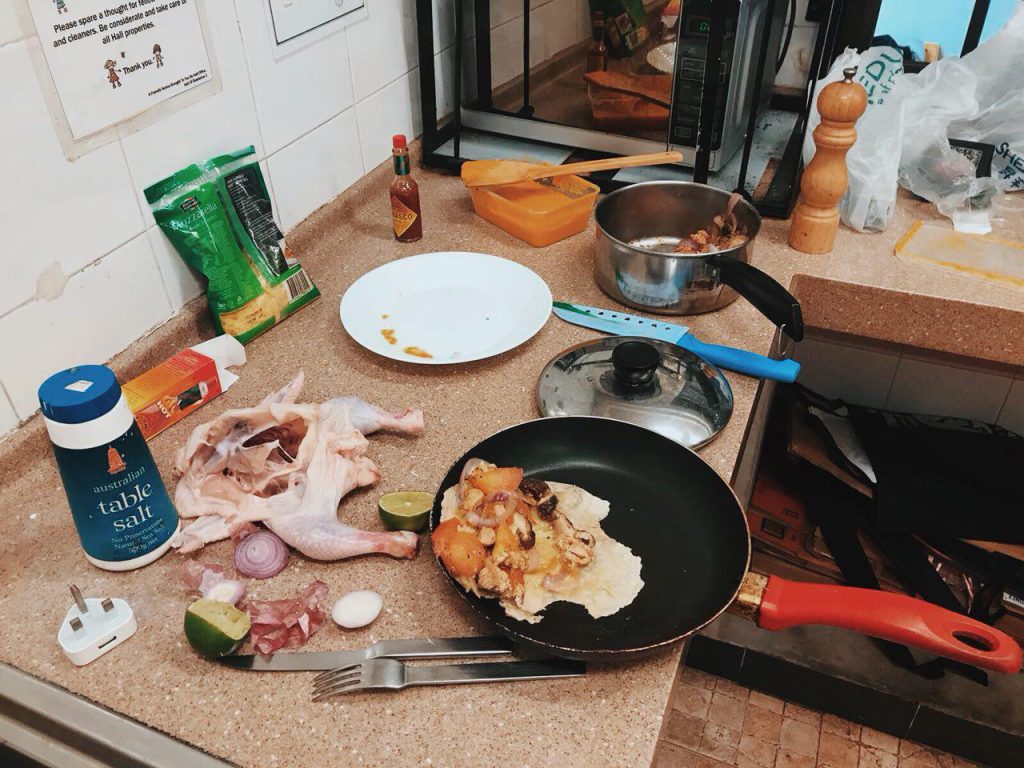 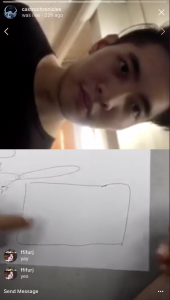 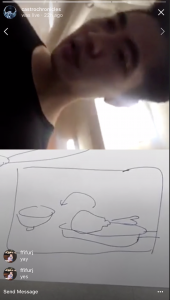 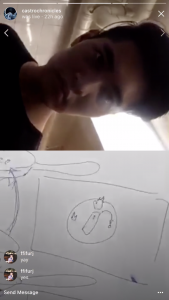 *Random boxes being drawn all over to separate drawings

*Here, ZQ had drawn a mushroom and pointed it to the previous step, which I then told her to do a whole new drawing

Although almost entirely different from what the dish is supposed to be like, the final outcomewas thankfully, still edible. However, a lot of it was based off Joel’s natural cooking instincts, if not the final dish would have probably been poison to the stomach… 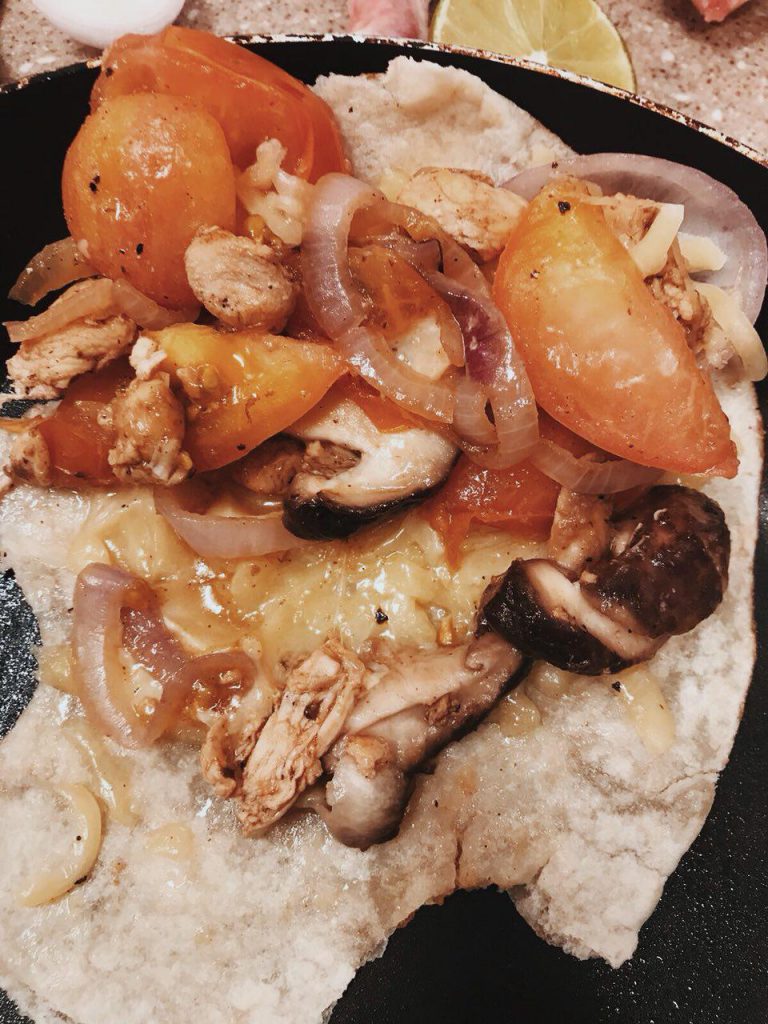