What I chose as my interesting object for class was a transparent, tear-drop-shaped… thing (I’m not really sure what it is). Initially, why I chose it as a 3D object that interests me is because I felt that it is an object that changes in every perspective.

To explain…
When upright: Tear drop
Upside down: Hot air balloon?
Bottom: Possibly a flat, 2D circle surface or a ball (Plane)
Top: A point
Side: A bird’s head 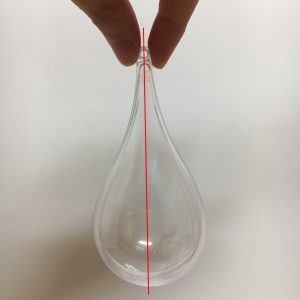 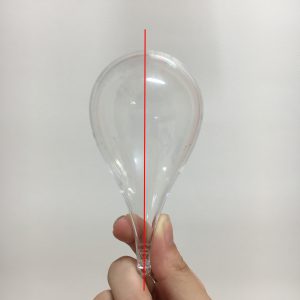 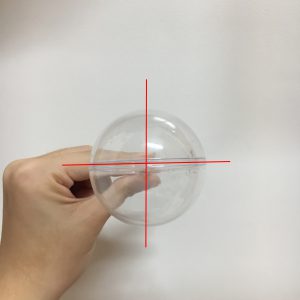 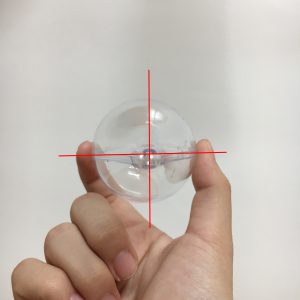 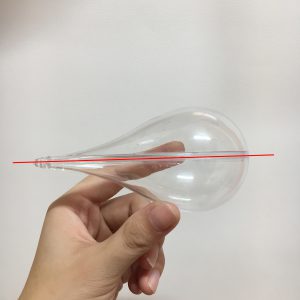 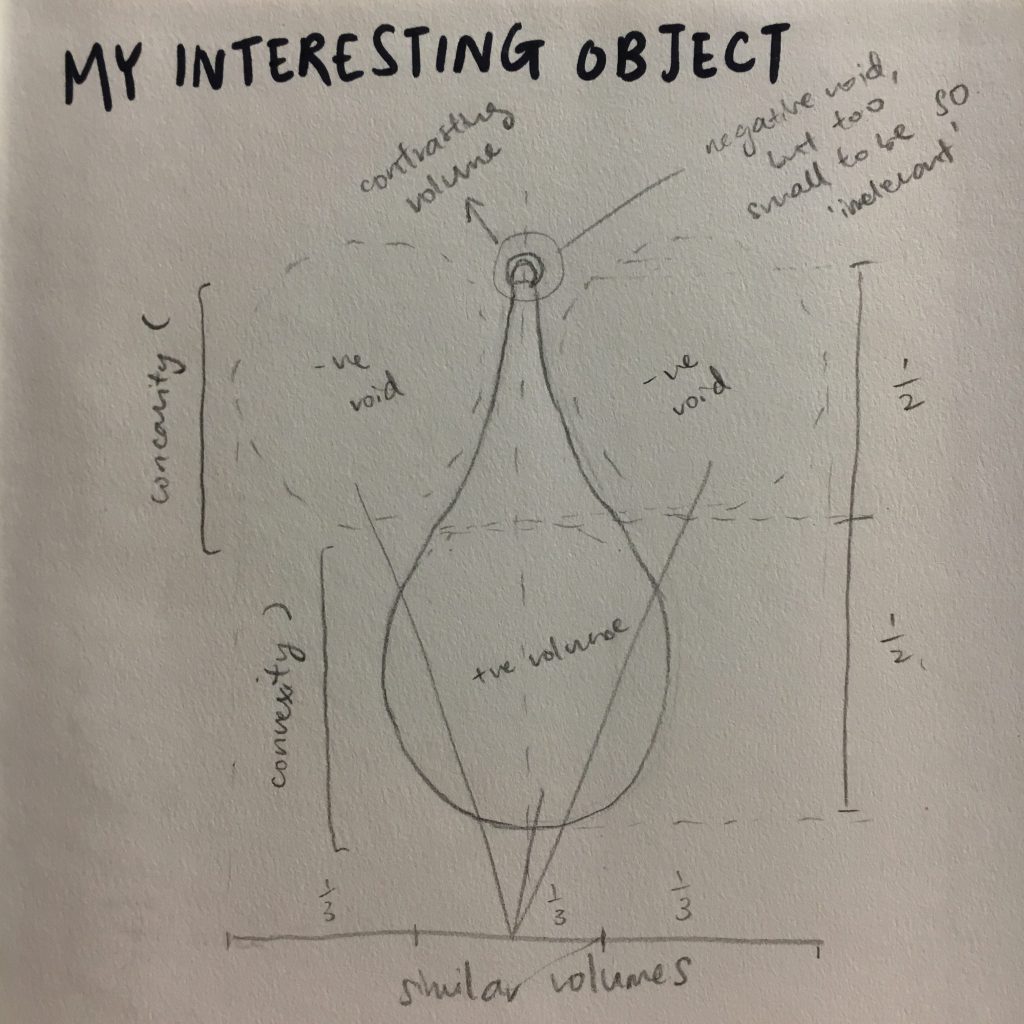 (The entire thing is the dominant, and there is no subordinate as the little negative space at the tip is too small to be considered relevant. If it was maybe three times its size, it could become the subordinate of the object.)

It was interesting to learn how to look at the object again in the eyes of a 3D artist, seeing how different elements like negative voids, positive mass, rule of thirds, similar volumes, contrasting volumes, dominant, subordinate etc. come into play. Now, there’s so many more reasons to why I find the object intriguing.

For instance, previously, I would not have said yes if I was asked if the object was designed using the rule of thirds in any way. I would have only seen it as half-half. However, now I realise that the object does actually (kind of) practice the rule, seeing that the two negative voids and the positive mass are of the same size.

Now I realise, there is more to 3D design than the aesthetics. I mean of course I’ve always known this… but now I actually know what the ‘more’ part is.

A post of my 3D sketch models for the magical pandora box word will be coming soon!

2 thoughts on “An Interesting 3D Object”