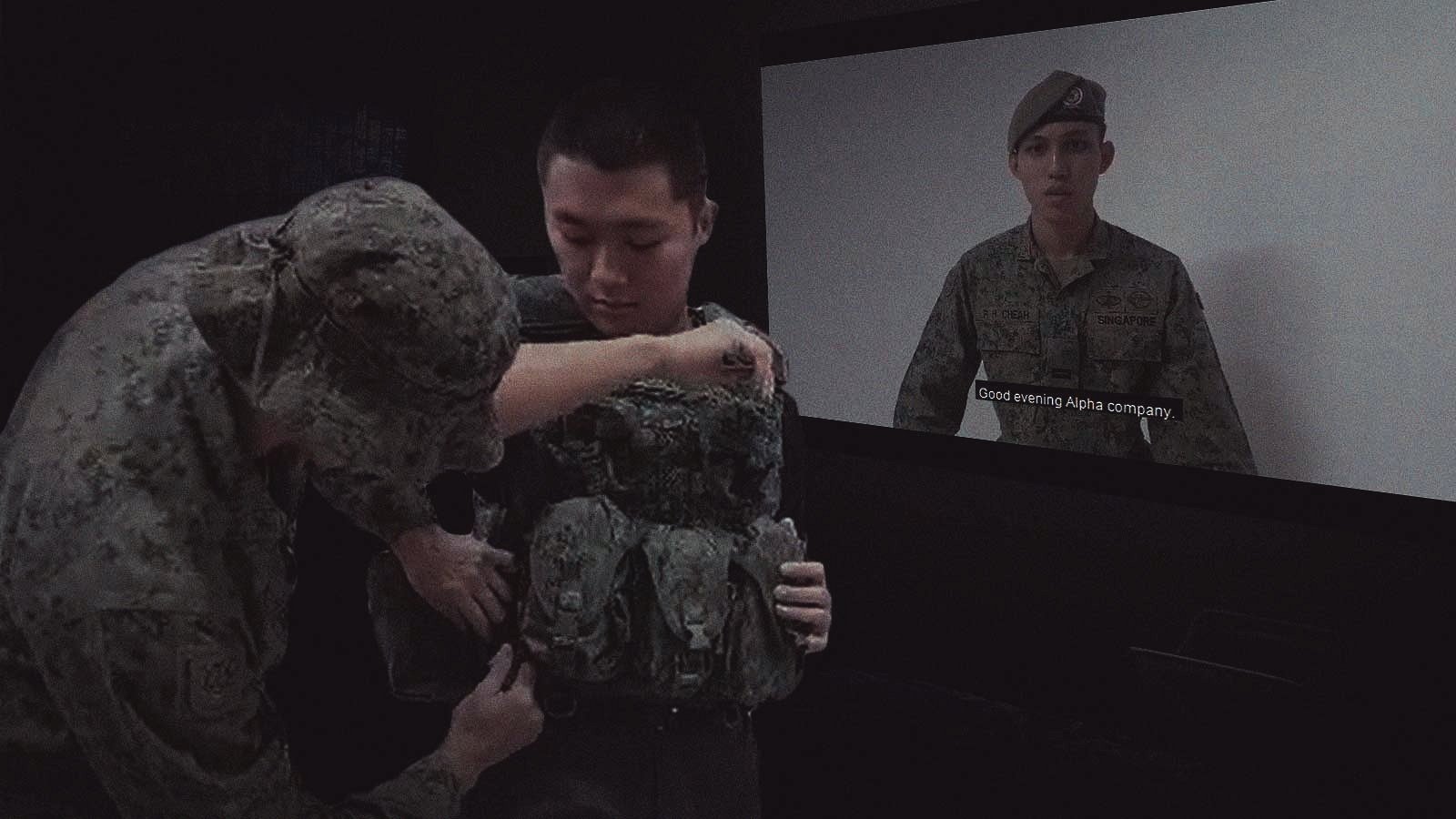 What is our project about?

Whether in the military or as a civilian, at some point during our lives many of us will experience a traumatic event. Centred around an army utility vest, also known as an Integrated Load Bearing Vest (iLBV), our dark object aims to simulate a war veteran’s PTSD, specifically a grenade explosion trauma, and make the wearer feel stressed, tired, isolated and judged. This project is directed at society and how they have abandoned/forgotten/discriminated or are not aware of these people with disorders.

The participant will engage with the exhibit through a video while wearing a vest which has been fitted with a photocell, a vibration motor & a tablet all linked through an Arduino Nano board. The exhibit works like this.

Here were some initial feedback from testers:

After the bodystorming exercise and user testing, we decided to work on the durability of the circuits on the vest as well as the sound effects and vibration. It was easy to integrate the circuits into the vest as there were nettings and slots that allowed us to weave the wires into. We shortened the timing between the grenade warning and explosion and decided to keep the interaction to 2-3mins. My partner and I became part of the interactive exhibit as “soldiers” to guide and assist in the fitting of the vest and to issue instructions whenever necessary. This is how the final installation turned out > video.

While overall the installation went as planned and received good critiques from lecturers and the class, here are some feedback from participants in the final showcase:

How did we build the interactive vest:

For this vest, two software will be used – Arduino & Processing.
Step 1: Build the circuit as shown below. Cables connecting to the vibration motor and photocell from the breadboard should be around 1-metre long.
Step 2: Upload Arduino Code. The Arduino system will use the photocell to measure & read the amount of light in the surrounding and monitor for any flunctuations. If the light reading falls below the Threshold as stated in code “int threshold”,  Arduino will activate the vibration motor while sending a message to another software called Processing.
Step 3: Upload Processing code and place the Grenade SFX file into the same folder as the new processing file created. After receiving the signal from the Arduino board, Processing will play the Grenade SFX.
Step 4: Install and hide circuits in the vest. Here is how we did it: 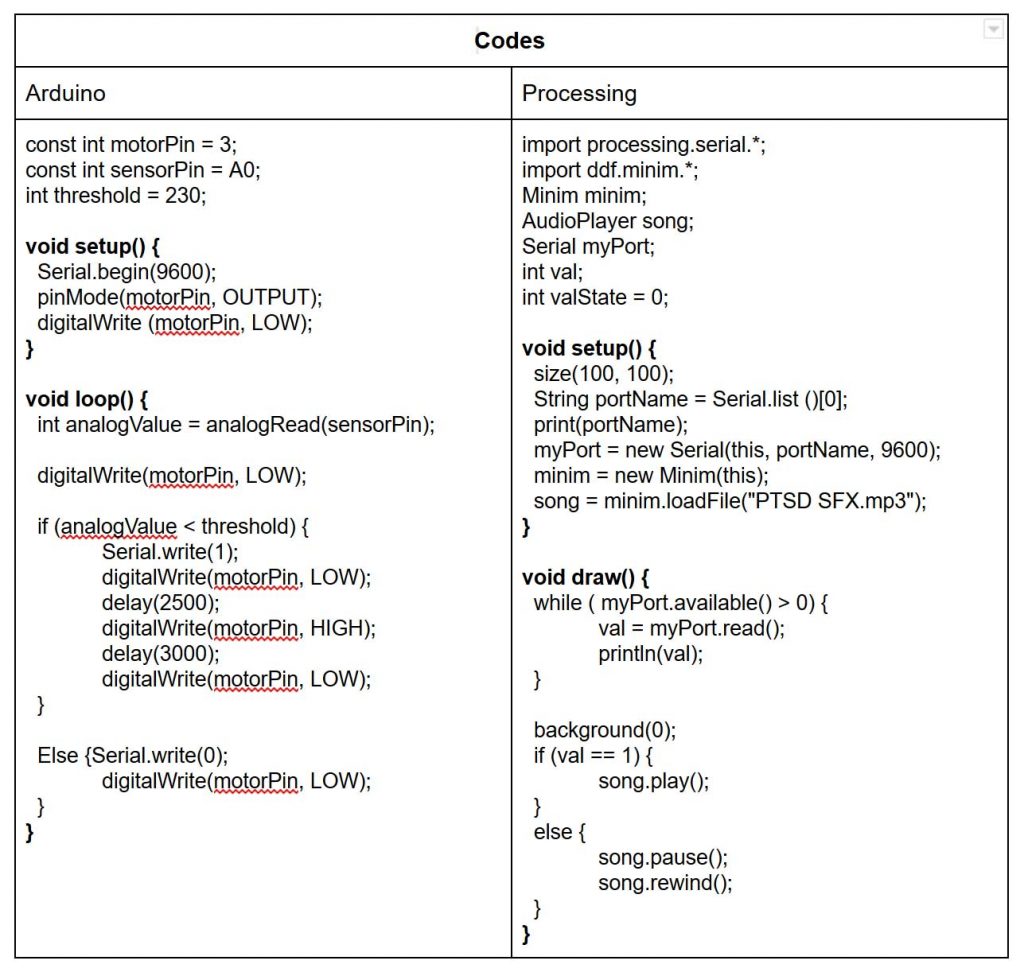 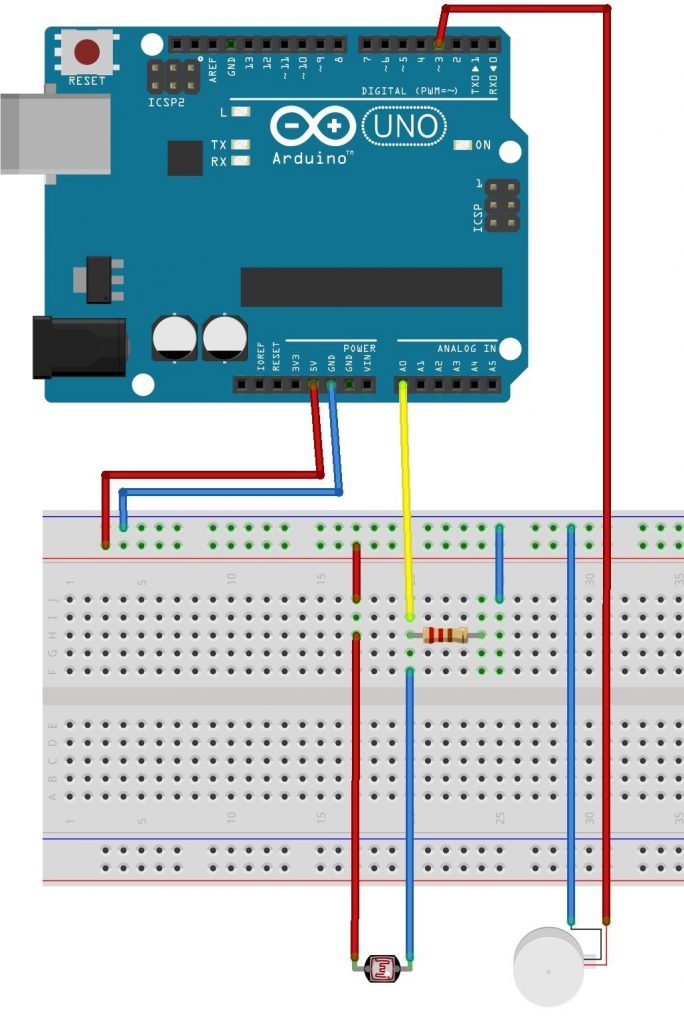