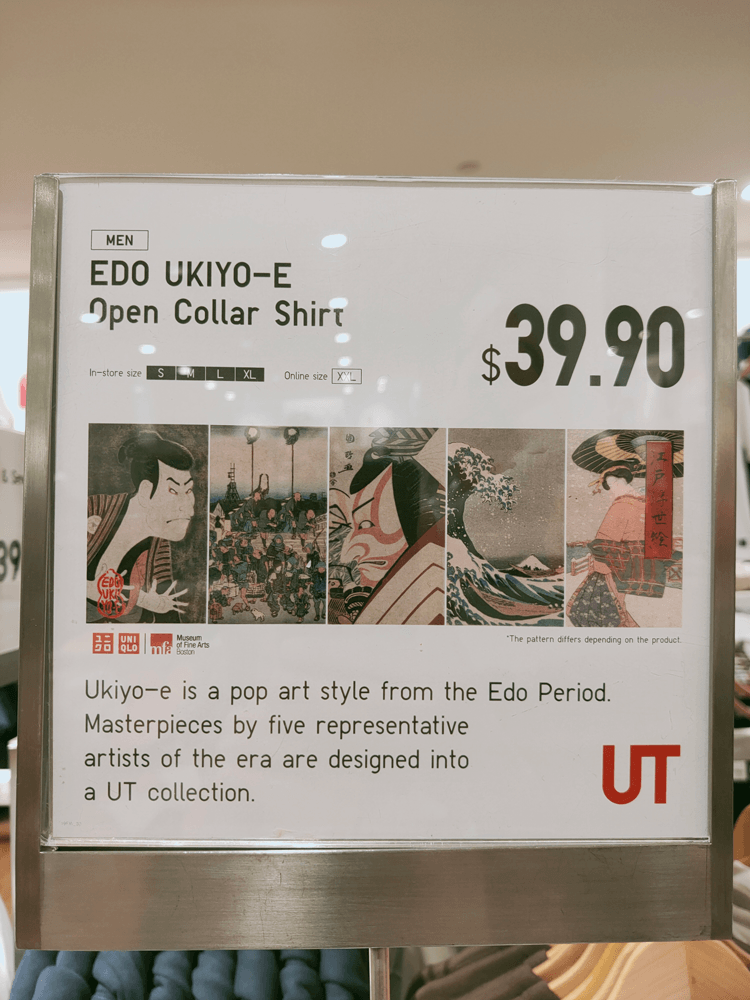 Upon hearing Ukiyo-e during the lecture, it triggered a memory; however, I could not exactly remember where I heard or saw the term. But during another shopping trip later that week, I saw it.

Picture was taken at Uniqlo.

Ukiyo-e is a style of Japanese art which flourished from the 17th through 19th centuries. Its artists produced woodblock prints and paintings. The term ukiyo-e translates as “picture[s] of the floating world”.

Looking at these prints from the perspective from an art historian point of view, these works not only document the leisure activities and climate of the era, but they also depict the decidedly Japanese aesthetics of beauty, poetry, nature, spirituality, love, and sex.

After further reading into the art style, a writer mentioned how ‘Uki’ and ‘yo’ actually meant ‘sadness’ and ‘life’ respectively. Combining them together was supposed to reflect the Buddhist concept of life as a transitory illusion, distractions of earthly pleasures, involving a cycle of birth, suffering, death and rebirth. However as the art form progressed, it became more focused on the aspect of pleasure and leisure instead.

Why and how did this happen? Perhaps it was because it was more profitable that way, or maybe the artist was trying to be satirical? Who knows? That is a whole other essay waiting to be written.