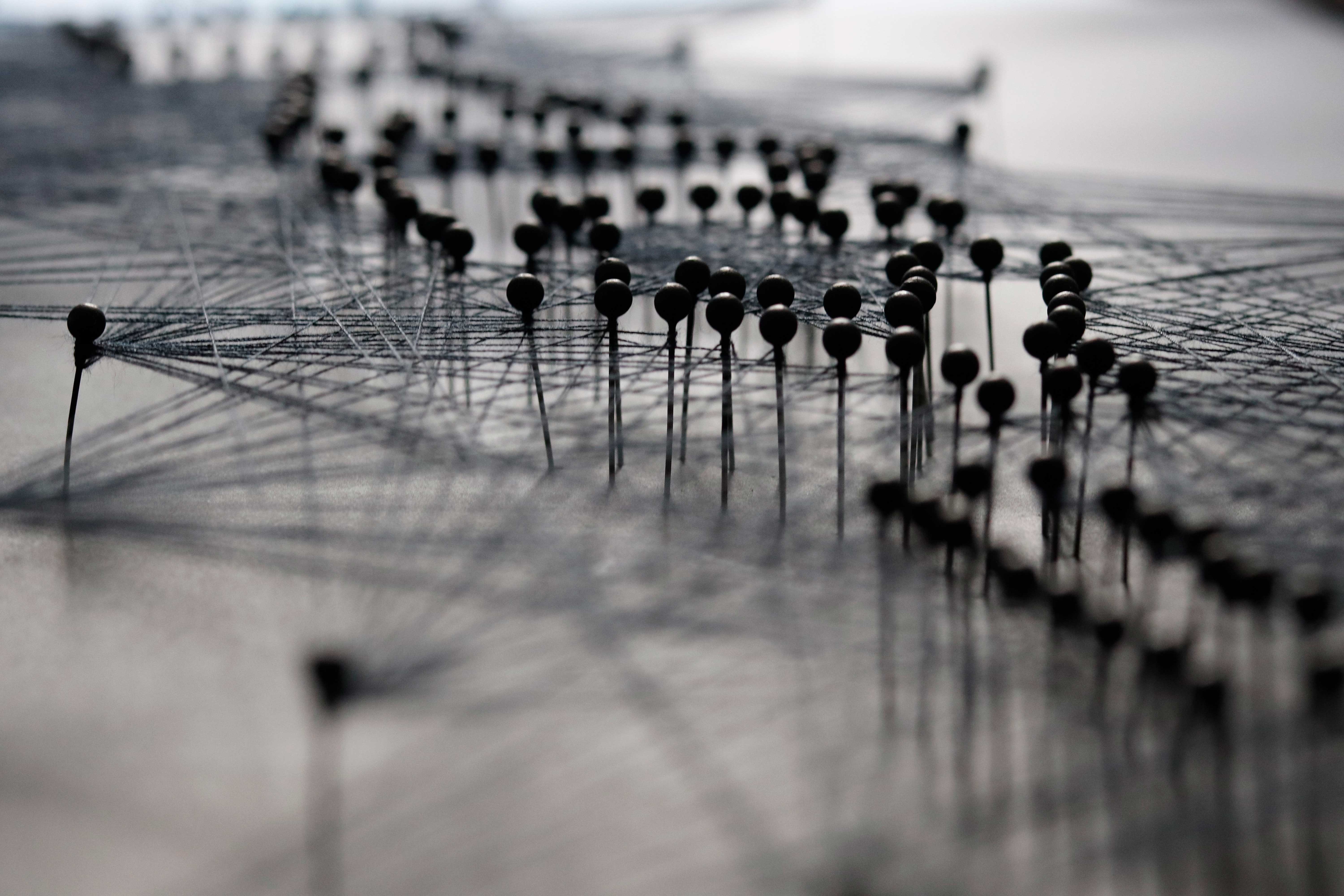 Brief:  To create typographic portraits by using our whole name, parts of our name or initials using a minimum of two letters, to describe our future jobs. The aim is to use typography as an end itself, minimizing the support of imagery. 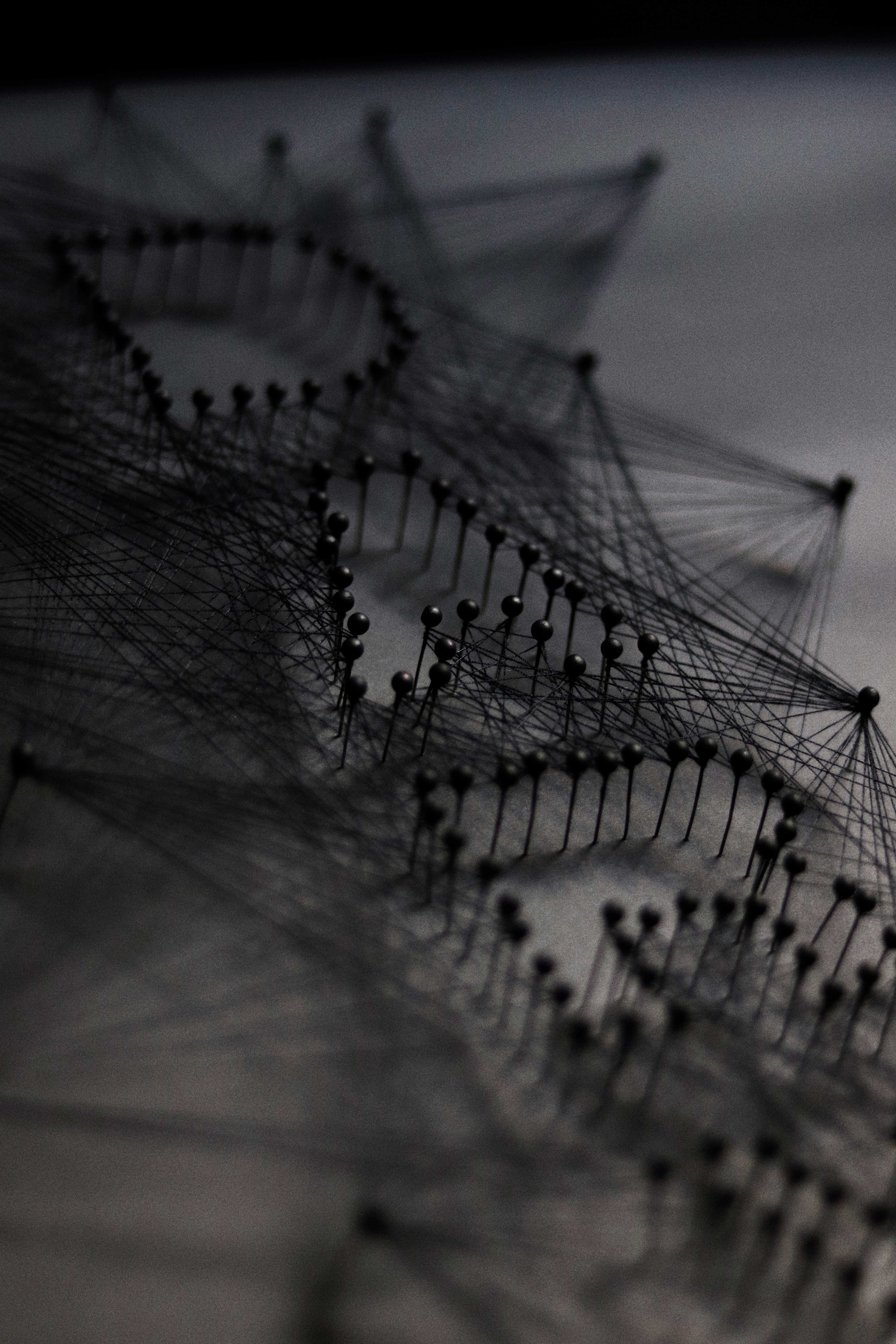 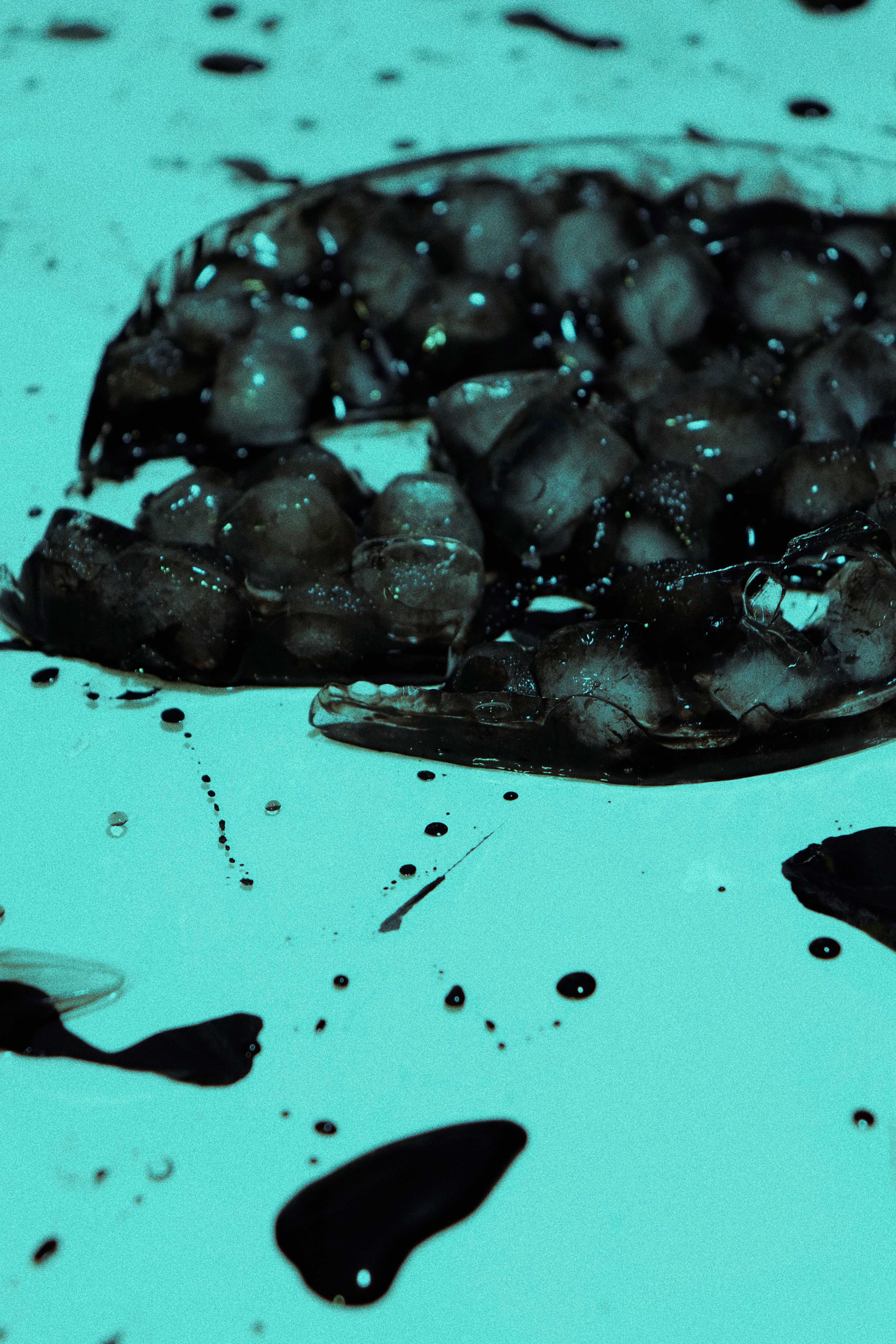 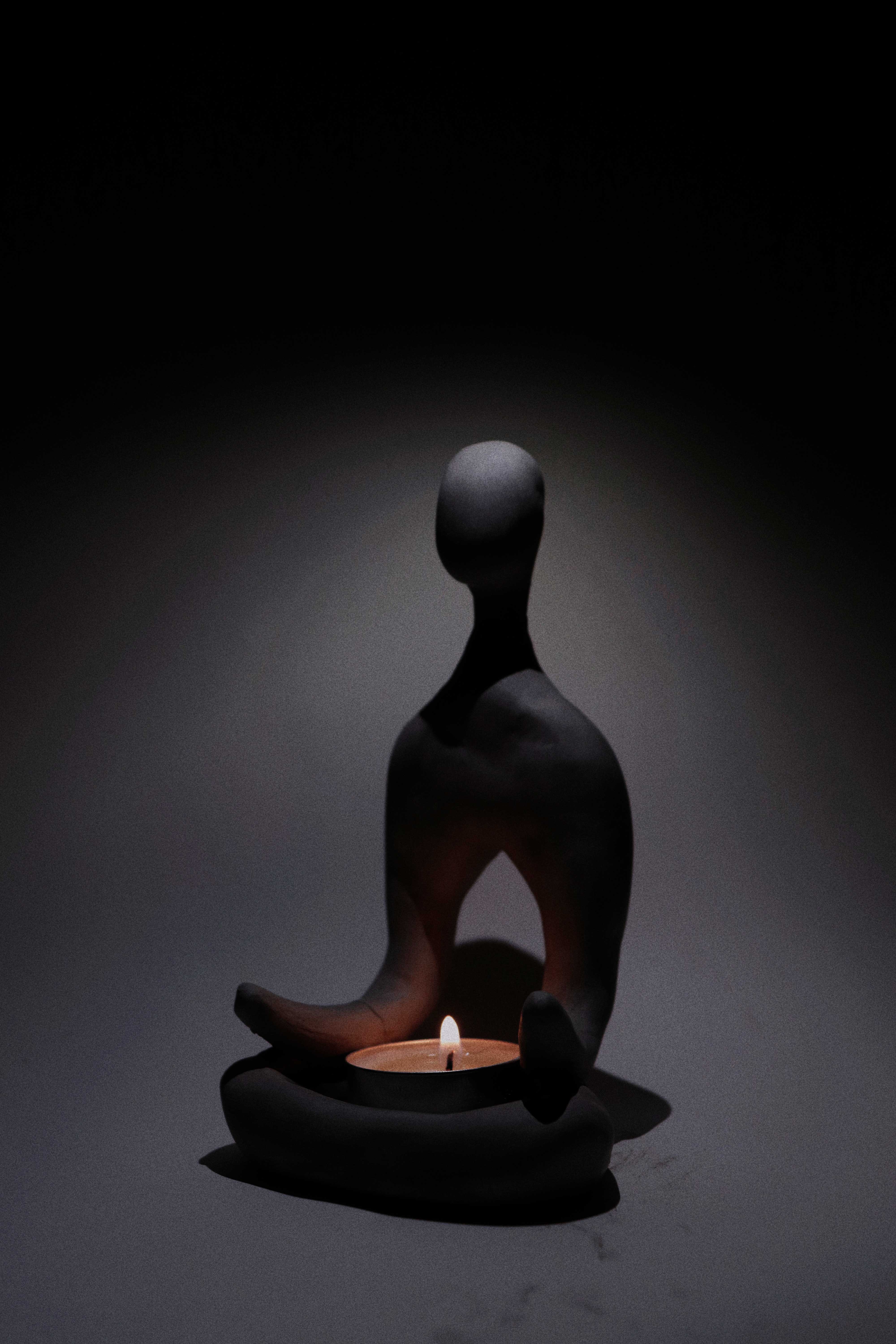 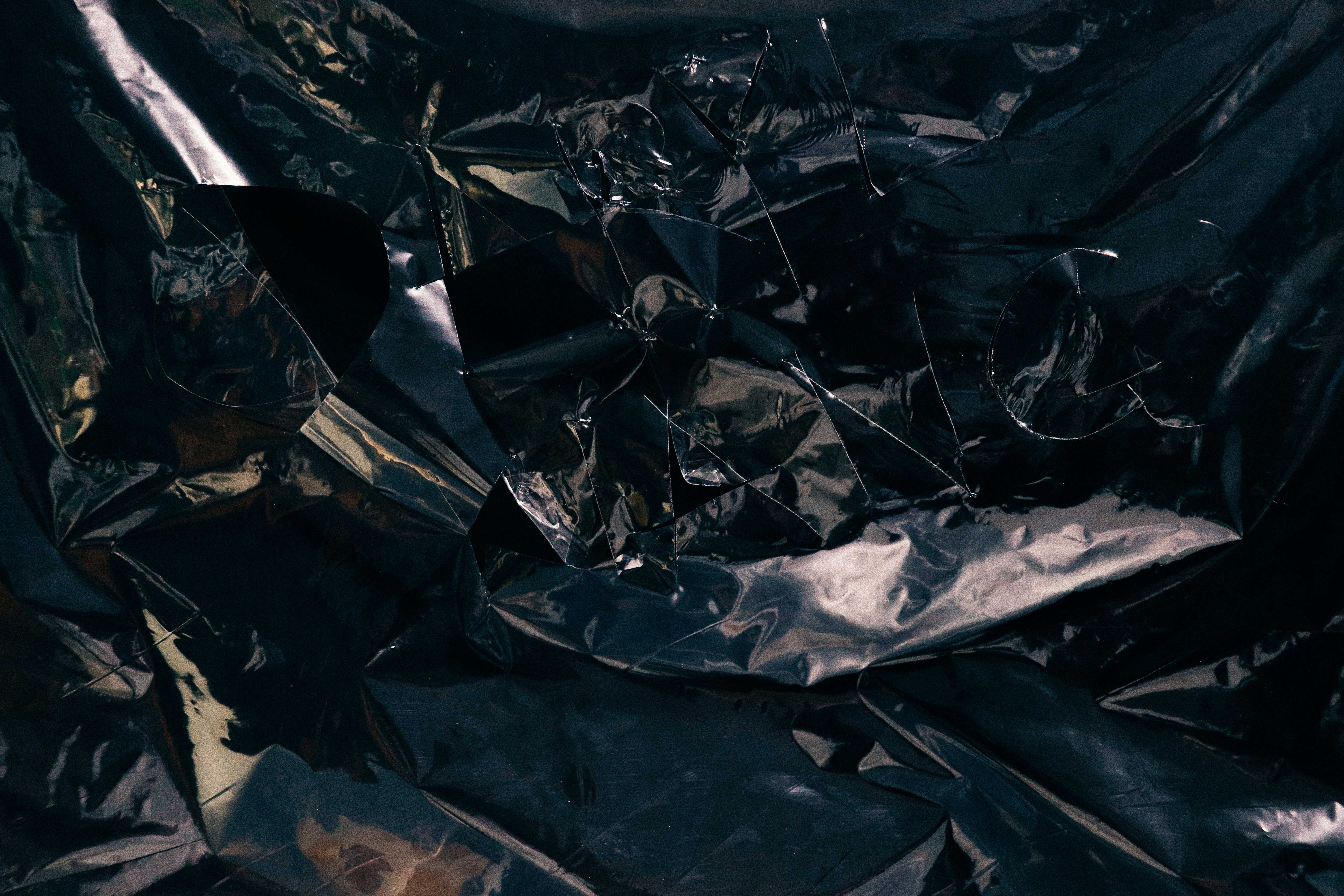 Concept: Instead of manipulating typefaces in 2D to express my ideas, I decided to work with 3D materials and photography. The idea was to involve the use of specific materials of specific colours and shapes to form the type and then in whole express the occupation I have selected.

1. Conspiracy Theorist
As a conspiracy theorist, it would imagine some fear of being controlled by a larger and secret organisation that is planning and plotting behind closed doors. It might not even be existent and other explanation might be possible however they choose to let these theories control their minds and lifestyle. After stringing the piece together, I used photography and lighting to create a tones and mood.
Materials used: 1x Box of Pins, 1x Black Paint, 1x Black Thread,  1x Cork-board, 1x Black A2 Paper.
Other shots: 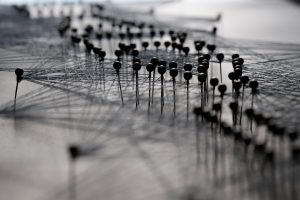 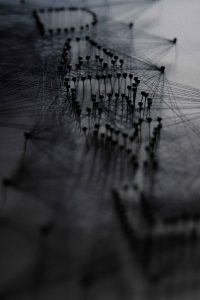 2. Global Warming Activist
As a response piece to “Conspiracy Theorist”, where people claim that Global Warming is a hoax, I want to prove them other wise by being an activist and educating the public about Global Warming and its threats.
Materials used: 1x Bottle of Chinese Ink, 1x Aluminum tray, 1x Roll of clear plastic sheet, 1x White A2 paper.
Other shots: 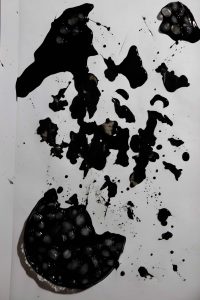 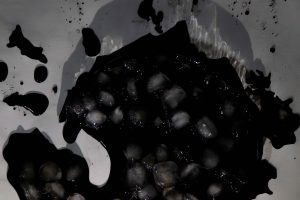 3. Zen Master
For this and the last piece, they focus on mental and spiritual states. As a Zen Master, I wanted to use clay as over time, it changes states from semi-solid to solid. Similarly to our mental and spiritual strength, over time, it becomes stronger or in other words a “solid foundation”. Using my first name “DARYL”, I created a meditating figure, ‘D’ being the base, ‘A’ being the hollow chest, ‘R’ in the arms, ‘Y’ in the neck and shoulder and ‘L’ being the entire figure sideways. I made the base a holder for a candle as I wanted it to symbolise the heat/warmth that is present when you calm and controlling your breath during meditation. The candle was also meant to cast as shadow on the wall, revealing the letters from my name. However for the submission shot, I could not get the effect clearly into frame.
Materials: 1x Bag of Clay, 1x Tea Candle
Other shots: 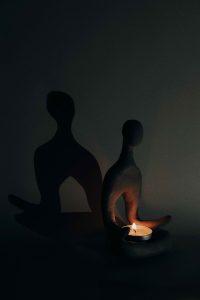 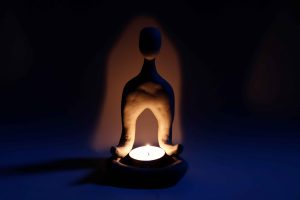 4. Cling Wrap Wrapper
As a contrast from the Zen Master piece, I wanted to portray the feeling of suffocation or stress hence the use of a cling wrap. As a cling wrap wrapper, they wrap up tons of goods and products everyday. The properties of the cling wrap resembles the way we wrap up all our stresses and troubles without us even realising it until it becomes too suffocating or it explodes.
Materials: 1x Roll of Cling Wrap, 1x Scissors, 1x Black A3 Paper.