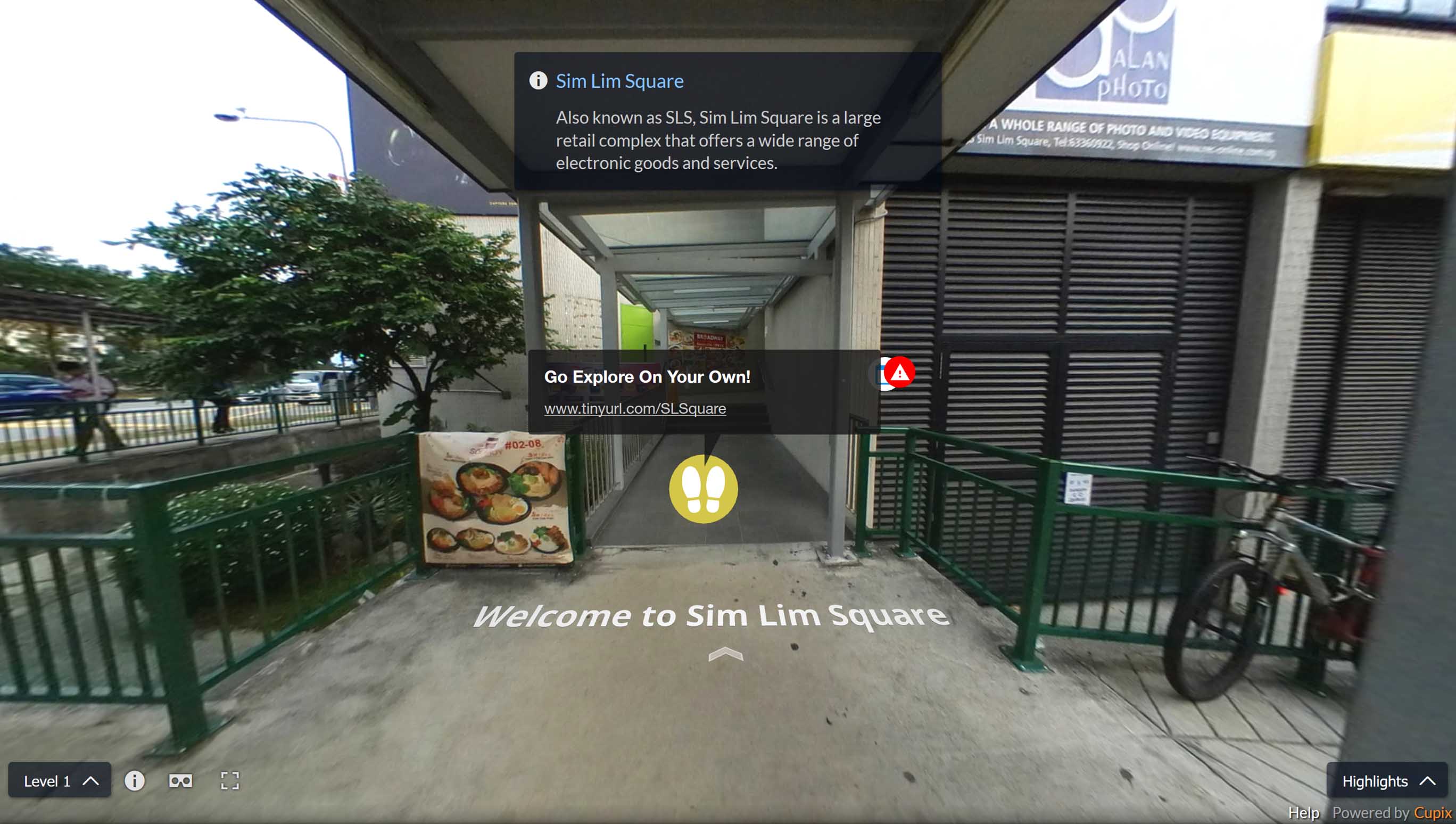 Brief: [Part 1] Research, engage and document experiences with a location of our choice present the data in a visually engaging manner.
[Part 2]: View here. 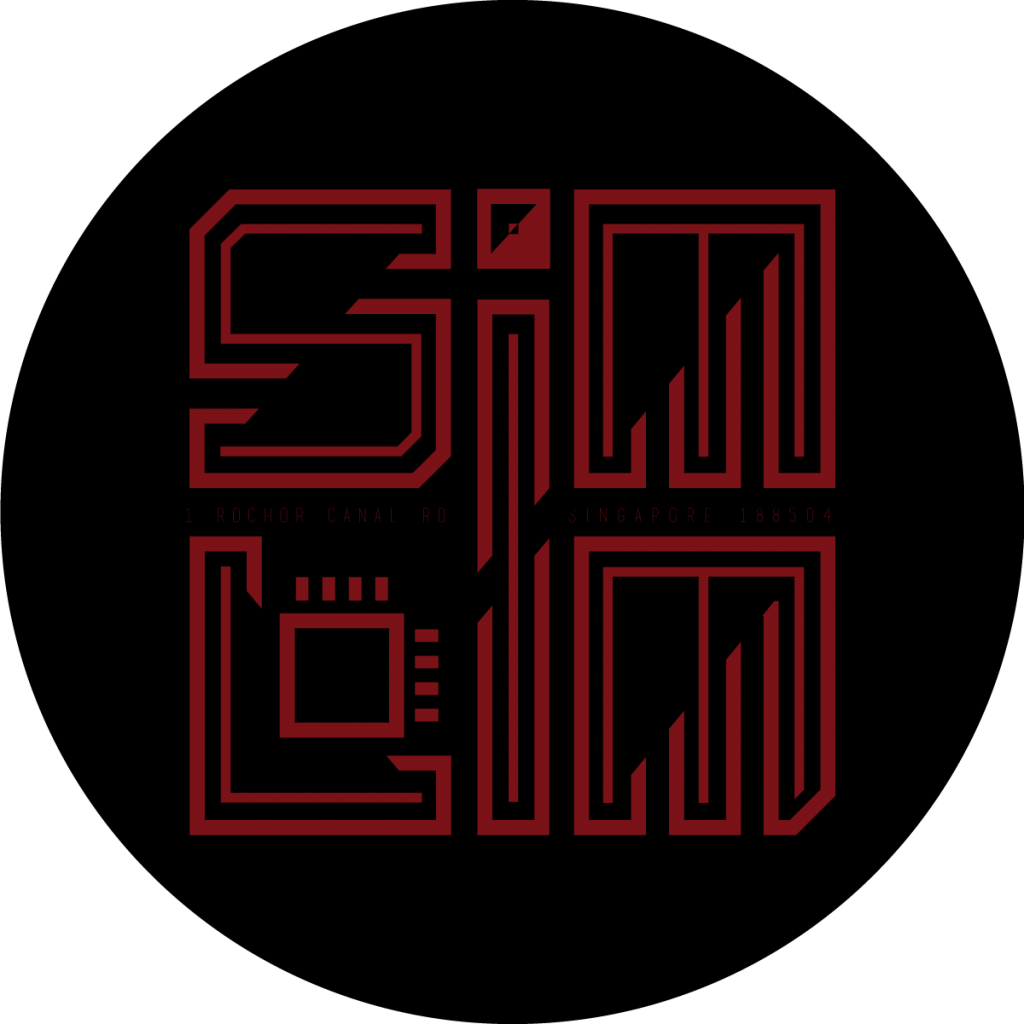 Location: Sim Lim Square
With its fair share of scams, unique history and interesting architecture, I wanted to present the mall in a new light, giving visitors and interested participants another chance to engage with the mall and its stores.
The complicated floor plan and similar looking stores may cause guest to become disoriented hence with the help of the VR tour, guest can navigate through the crowd and clutter.

Introduction Video:
Watch video here.
After visiting the mall, I realise that Sim Lim Square is a mall with a personality. Different from its counterparts in the city and shopping districts, the strata-titled mall is almost like a multi-story ‘kampung’ with its history of drama but also a sense of nostalgia and family. The seemingly complicated layout of the mall together with the decorative LED lights in the mall creates an alluring effect, somehow ‘trapping’ guests who get lost in its maze.

360 Degree Virtual Tour:
Try out the virtual tour here. [Best tried with VR goggles.]
While the 360 degree function is a familiar tool that we have all played around with on Google Maps, why not create one for the interior of a mall. While orientating themselves on Google Maps, explorers can choose to enter the building to take a look. Highlights are added in the tour for quick navigation and special in-store tours. It is important for stores such as the Zepplin & Co. Cafe where viewers can experience a 360 video of the ambiance and its service. At the same time, the tour could also allow interested tenants or companies to familiarise themselves with the location and its 500 units.

Here are some screenshots from the virtual tour. 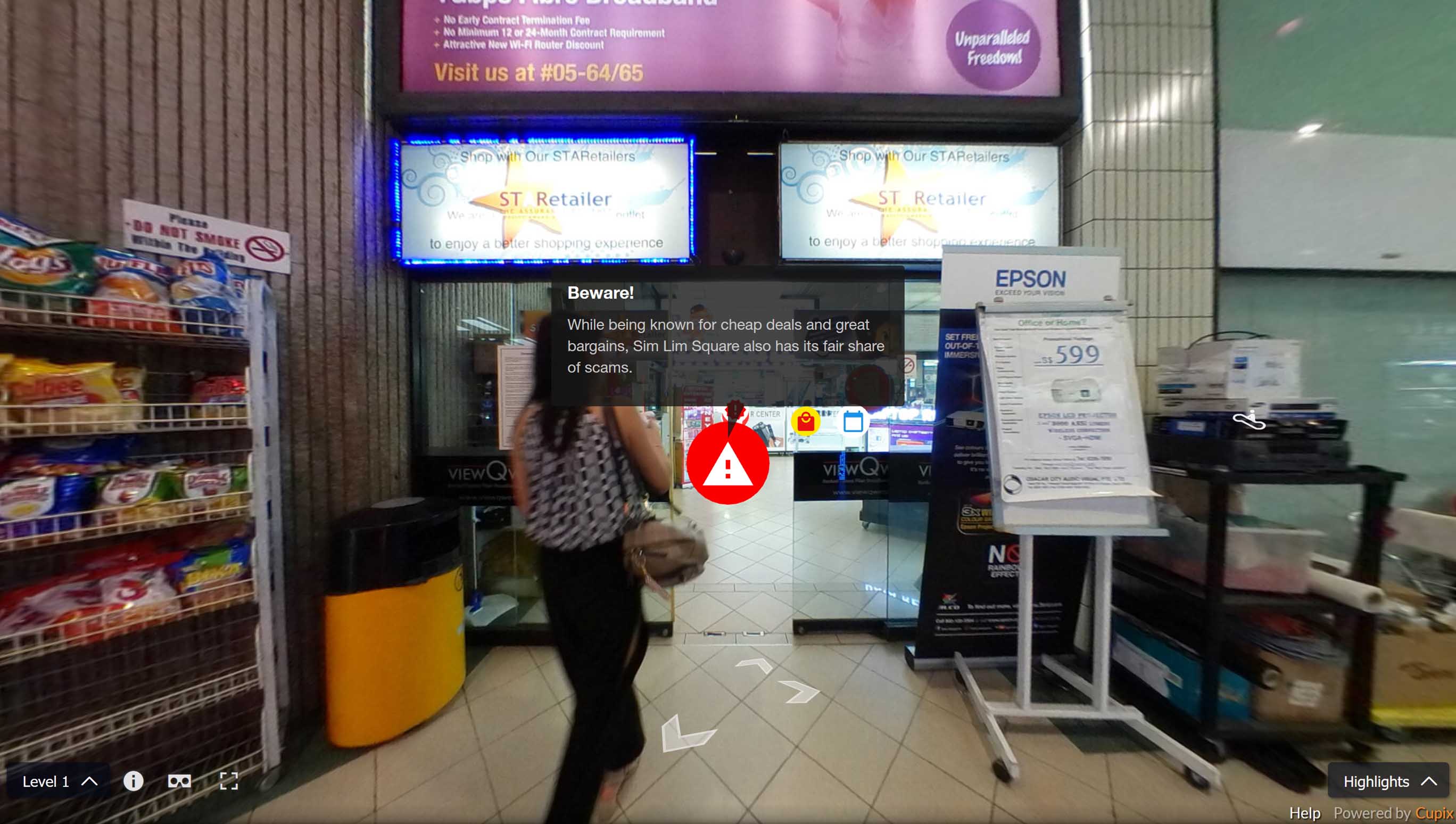 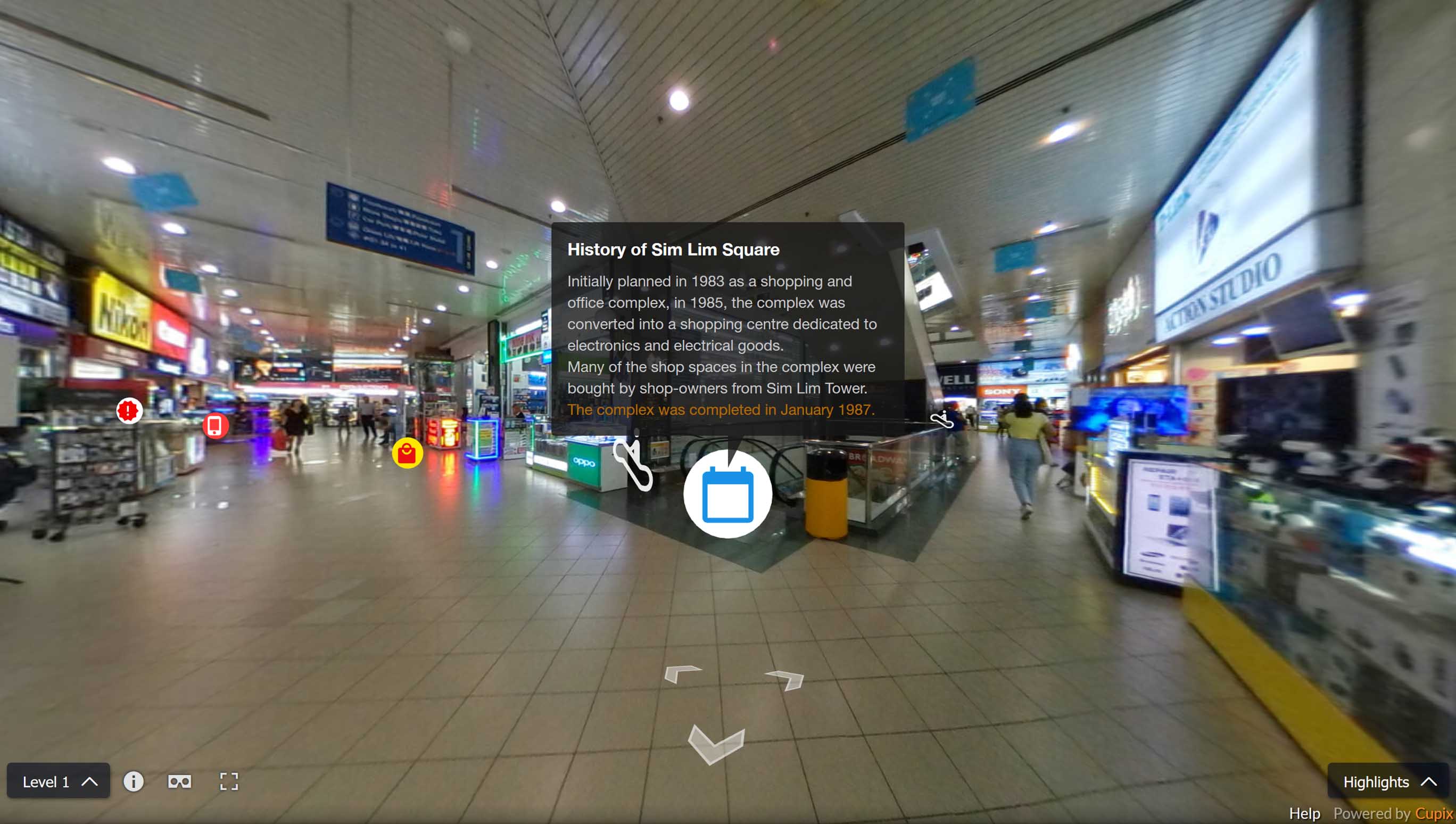 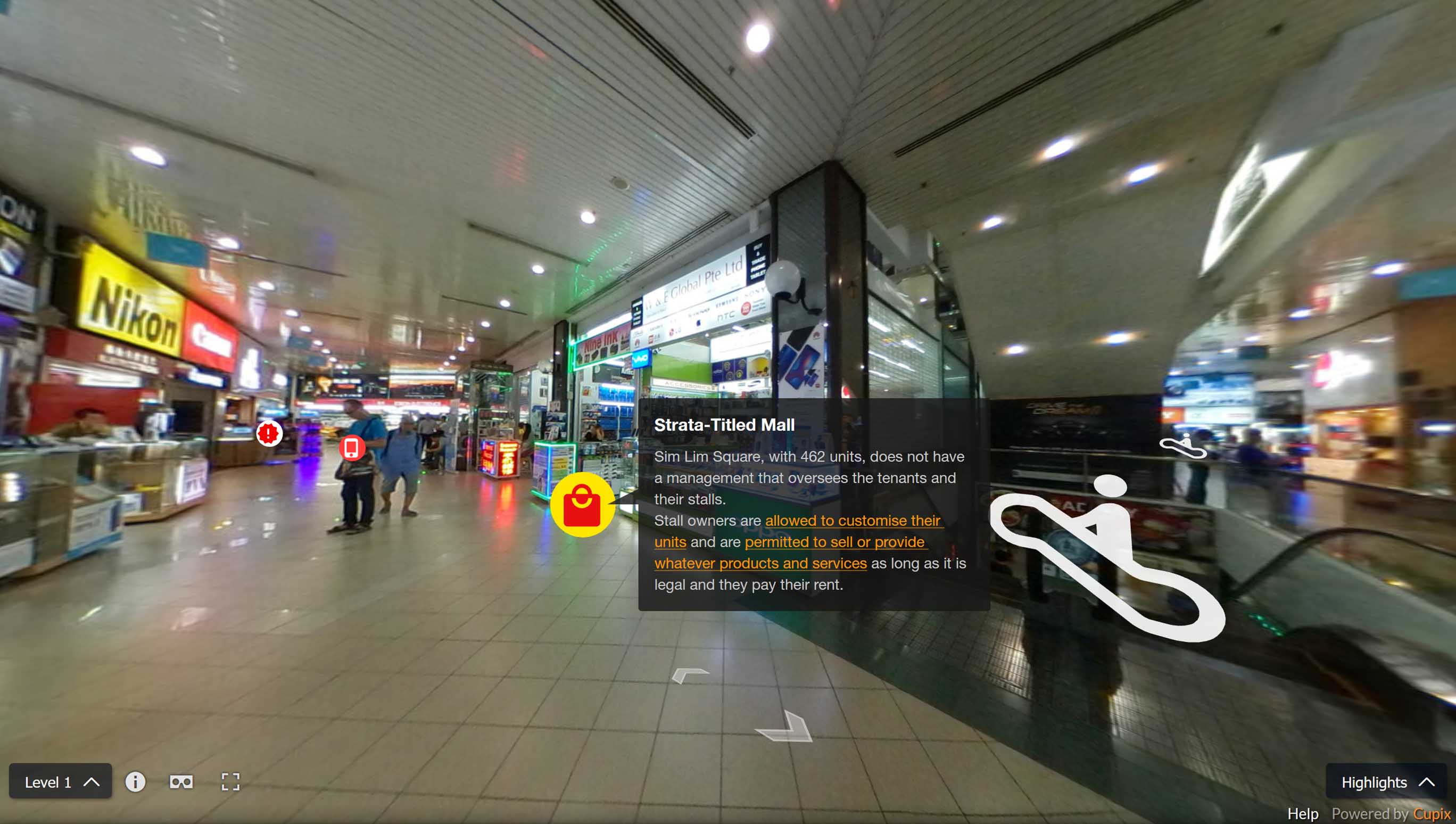 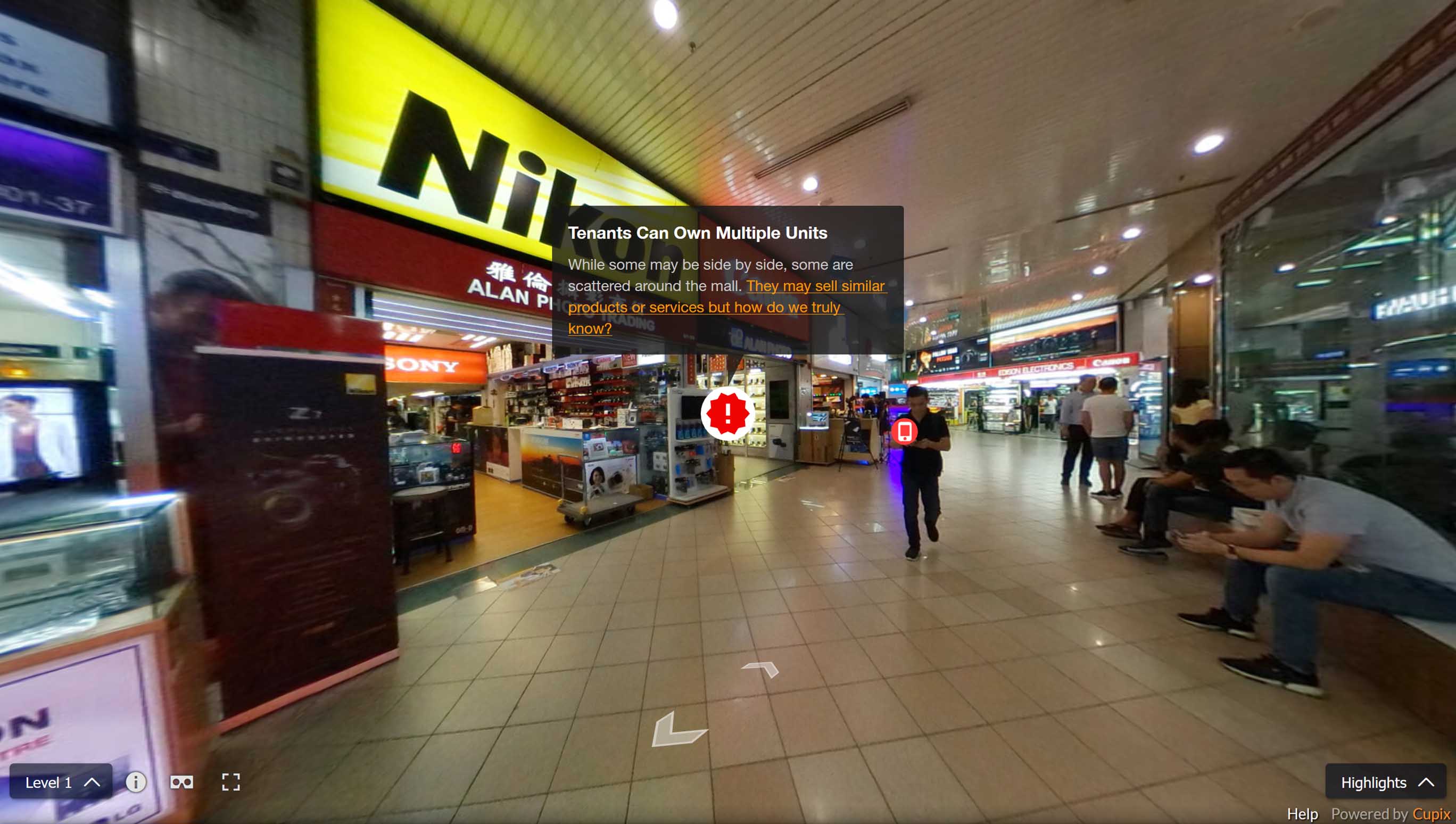 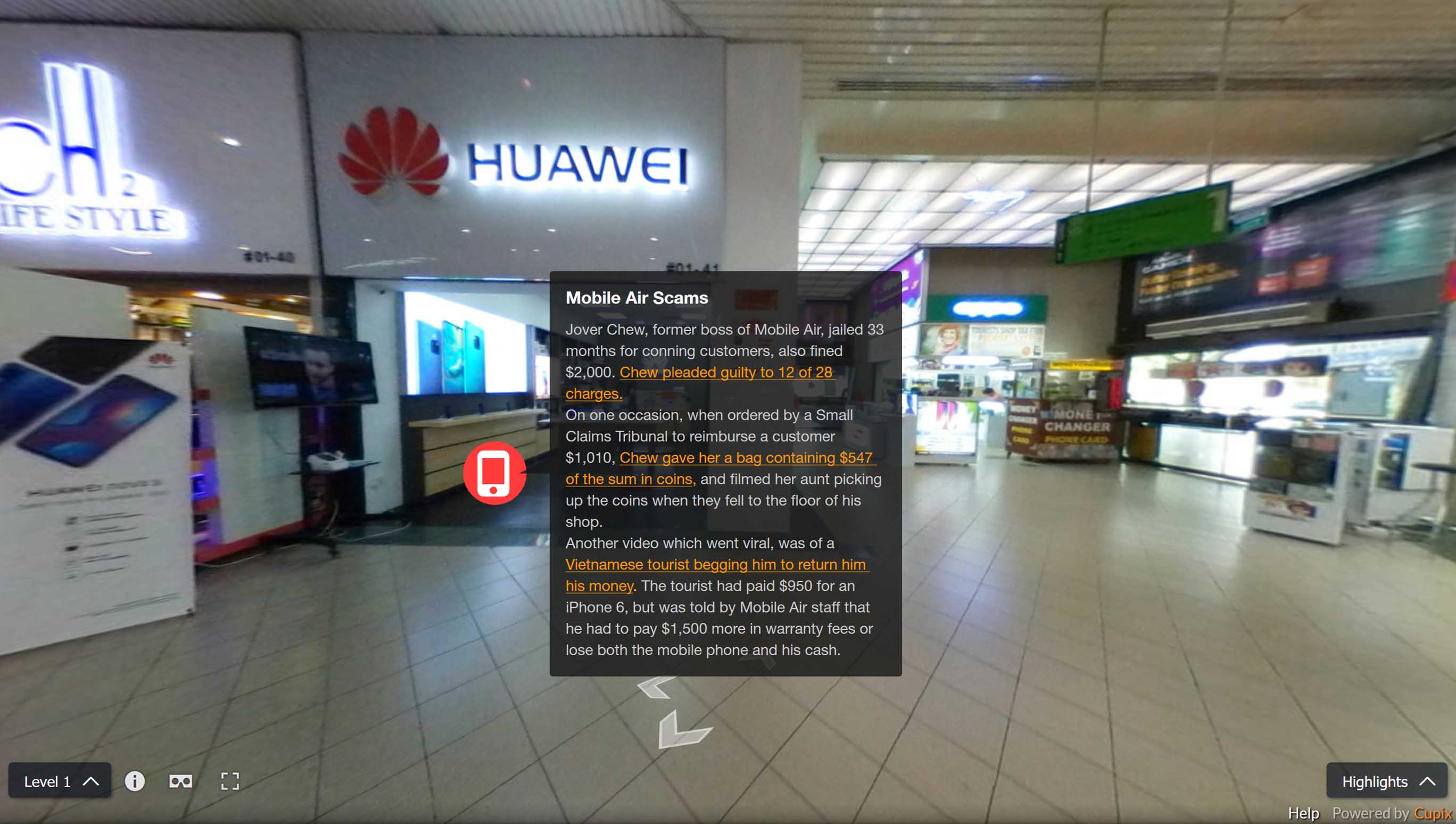 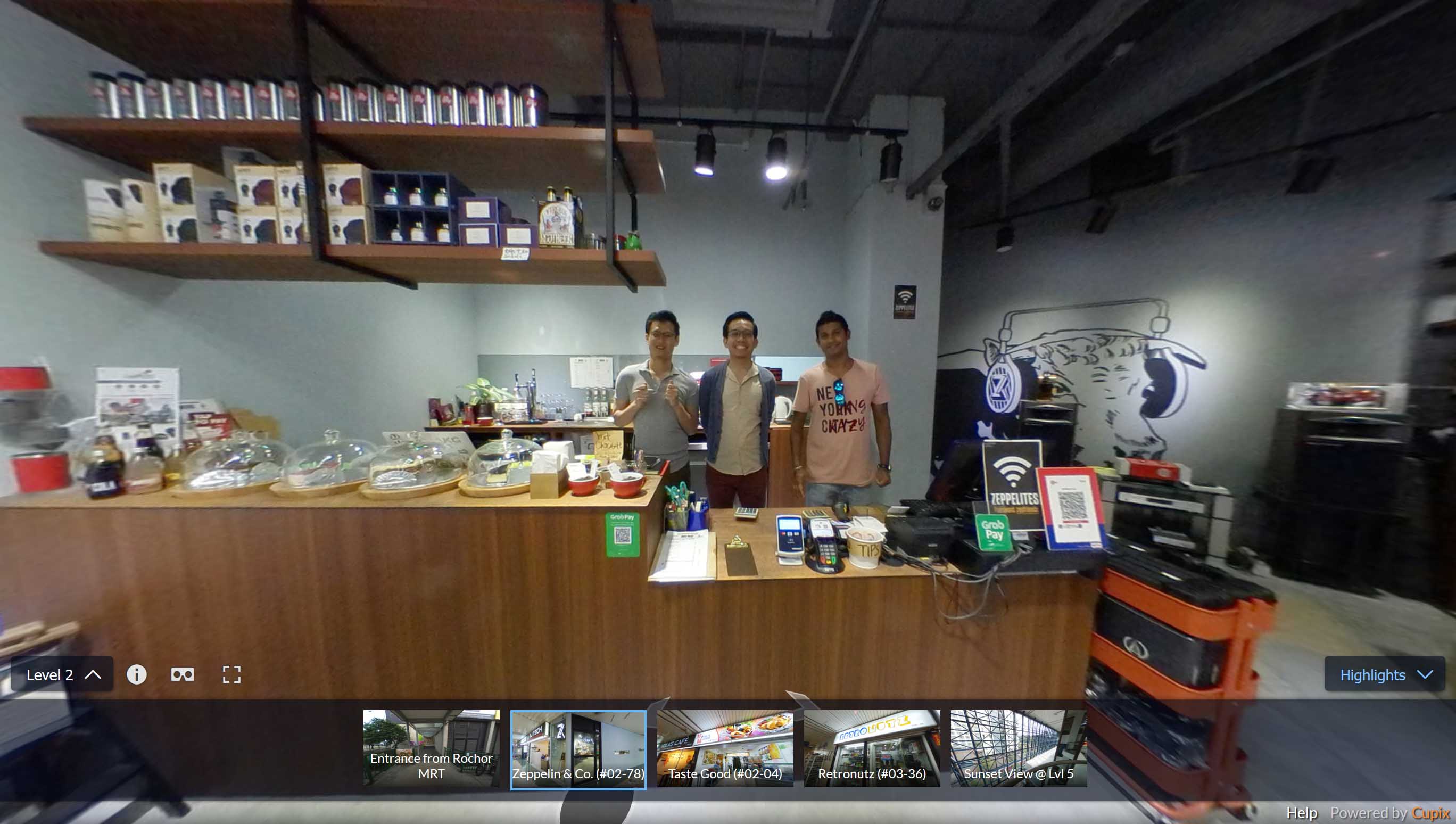