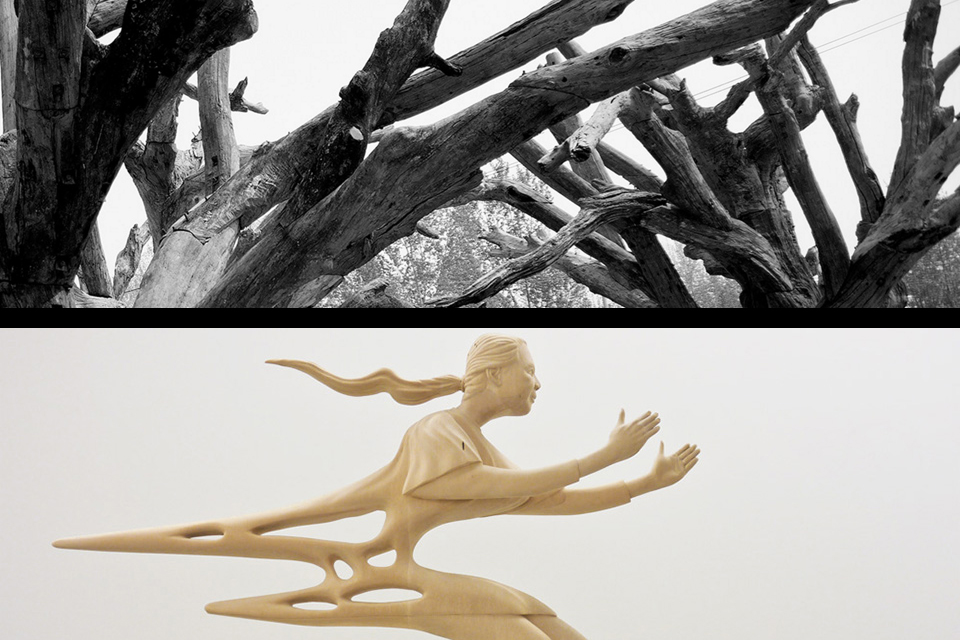 Wood has always been a popular medium in art. But these two artists create more than just your average sculpture or carving.

This essay is an exploration into the concepts and processes behind the work of Ai Wei Wei’s “Trees” and Paul Kaptein’s “Warped Wood Sculptures”. 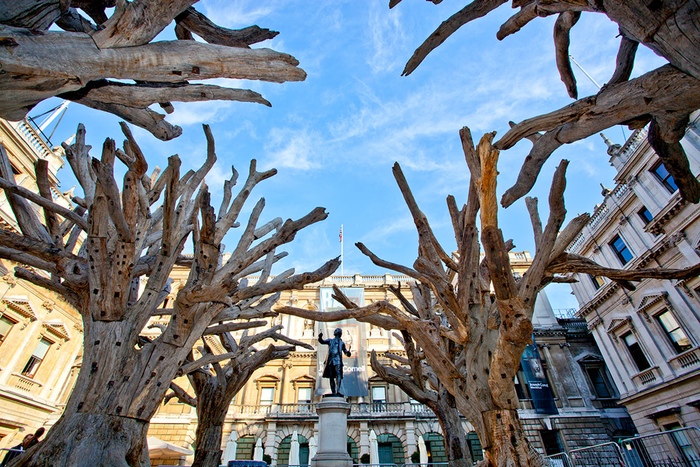 These tree sculptures were created by Chinese artist Ai Wei Wei. Made from parts of dead trees that are brought down from the mountains of Southern China, Ai Wei Wei transports these trees to his Beijing based studio where they are made into the “Trees” we see in the photo. Like a memory being recreated, the trees are held together by hidden mortise and tenon joins and large industrial bolts. From a distance the trees look natural but on closer inspection the artificiality of the trees is clear alluding to the state the modern Chinese nation, where ethnically diverse people are brought together to form ‘One China’. 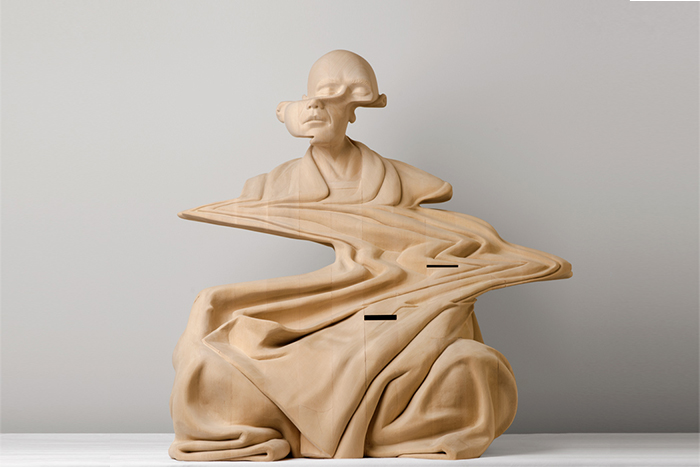 Perth-based artist Paul Kaptein uses large blocks of laminated wood to create warped and distorted human figures, some of which have holes pierced through them to look like star constellations.

These hand-carved busts and sculptures have gaps in between the wood work created during the laminating process, thus creating the over all impression of digital glitches or skewed imagery one would encounter where he/she has poor reception. 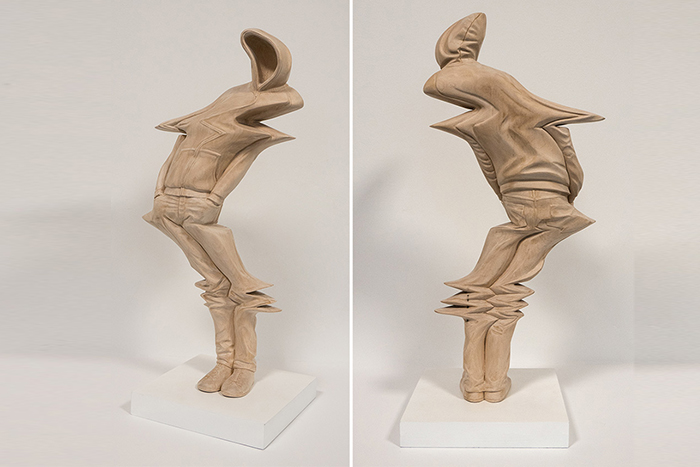 “I am interested in examining the undefined area between expansion and contraction, or interconnection and incompleteness

Even while the viewer walks around each piece, the warped nature of each artwork continues the push and sink in different directions creating new perspectives on the artworks. 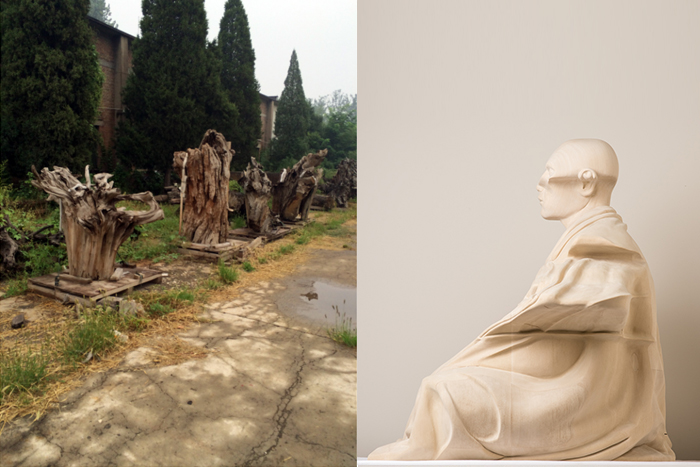 Due to the fact that both artworks are of very different scales, the processes of both work vary.

For starters, Ai Wei Wei’s work was accomplished with the help of other people building his design while Paul Kaptein’s work was hand carved.

In Ai Wei Wei’s case, he had to do more human resource management as the wood was taken from the mountains of south China and brought to his studio. From there he designed how the trees would look like and supervised it’s construction. The trees were also made to be taken apart sort of like a modular structure for transportation which made the exhibition in London possible. This required advance planning and human resource management skills to do so.

As for Paul Kaptein, his works were made from laminated wood as the lamination process was where the gaps in the wood was created this also required planning. Visualizing and creating the glitch wood effect and making it so that even with the effect the sculpture would still represent a coherent subject matter was probably one of the challenges he faced in this planning process.

The main differences were:

The wood Ai Wei Wei’s work was taken from the mountains in as natural a form as possible while the wood for Paul Kaptein’s work had was a block of laminated wood.

Ai’s work required a lot more interaction with other people than that of Paul’s while Paul’s work involved a lot more planning in the design of the work itself due to the subject matter. Reason being trees come in much more varying shapes than that of humans.

The main similarities were:

Both works were made of wood.

Both works were re-creations of something imagined in the artist’s mind.

In this case study, although the processes of both works were very different the importance of planning is paramount to it’s success one cannot simply rely solely on “happy accidents” to achieve the result one has in mind.

3 thoughts on “Trees and Sculptures”