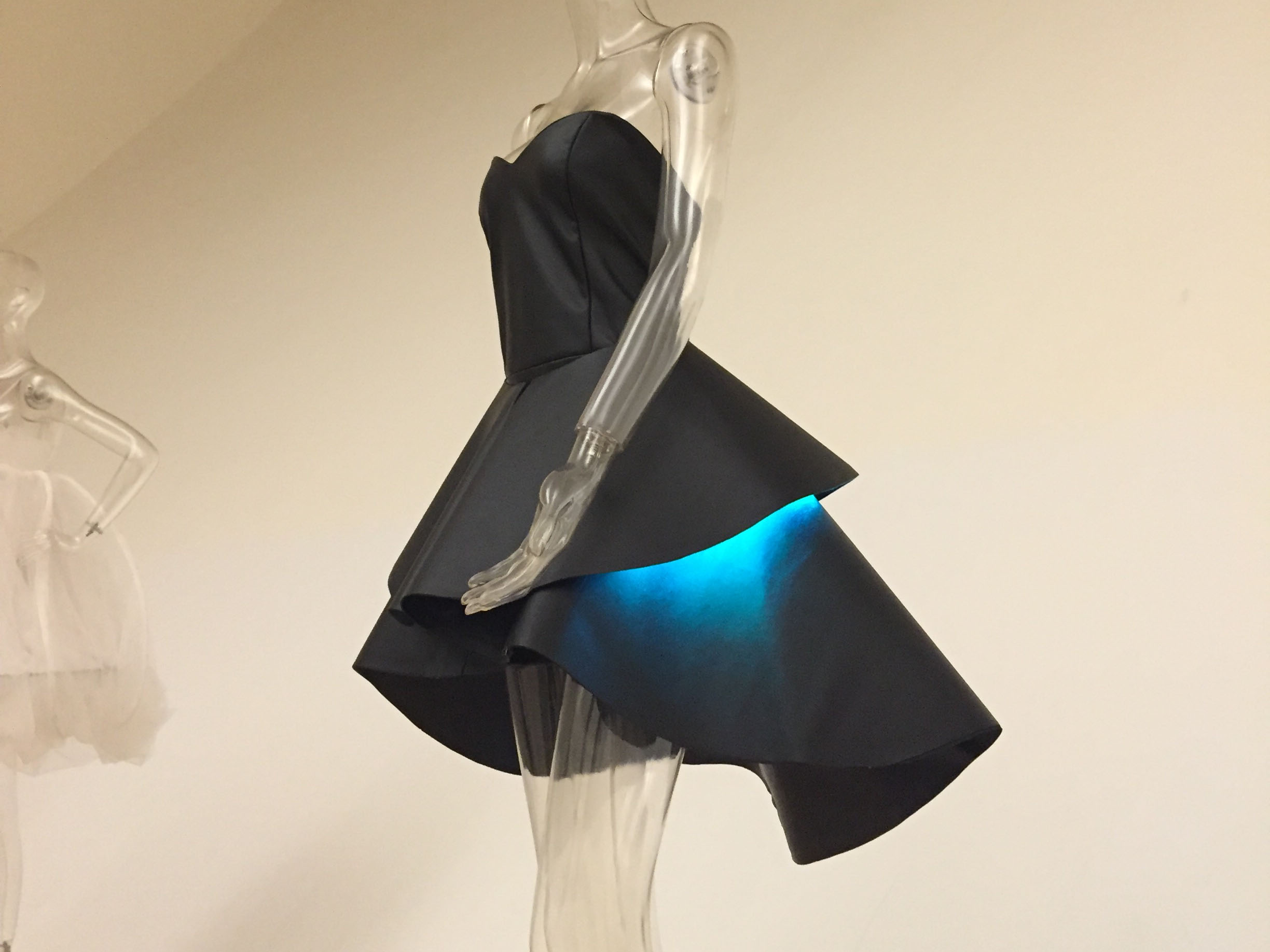 (Shell from the front, with the LED lights almost invisible, making the dress seem like a normal Little Black Dress)