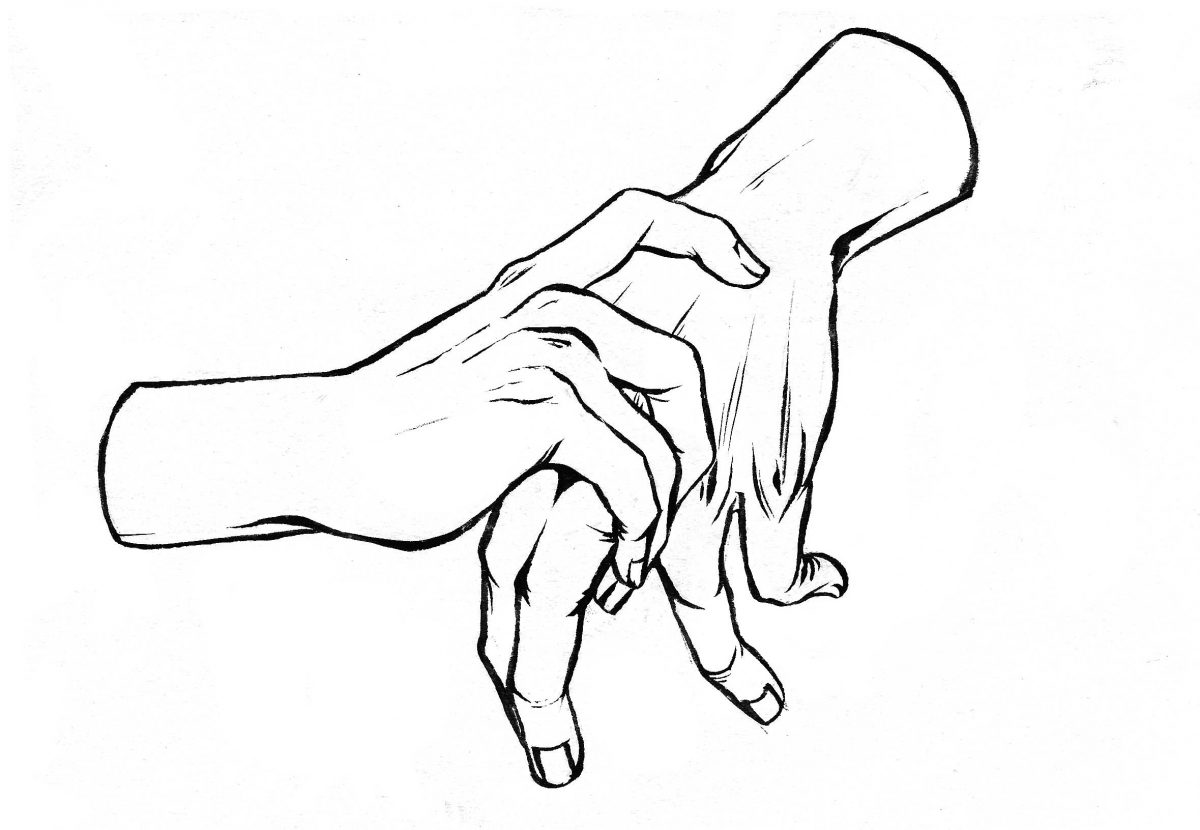 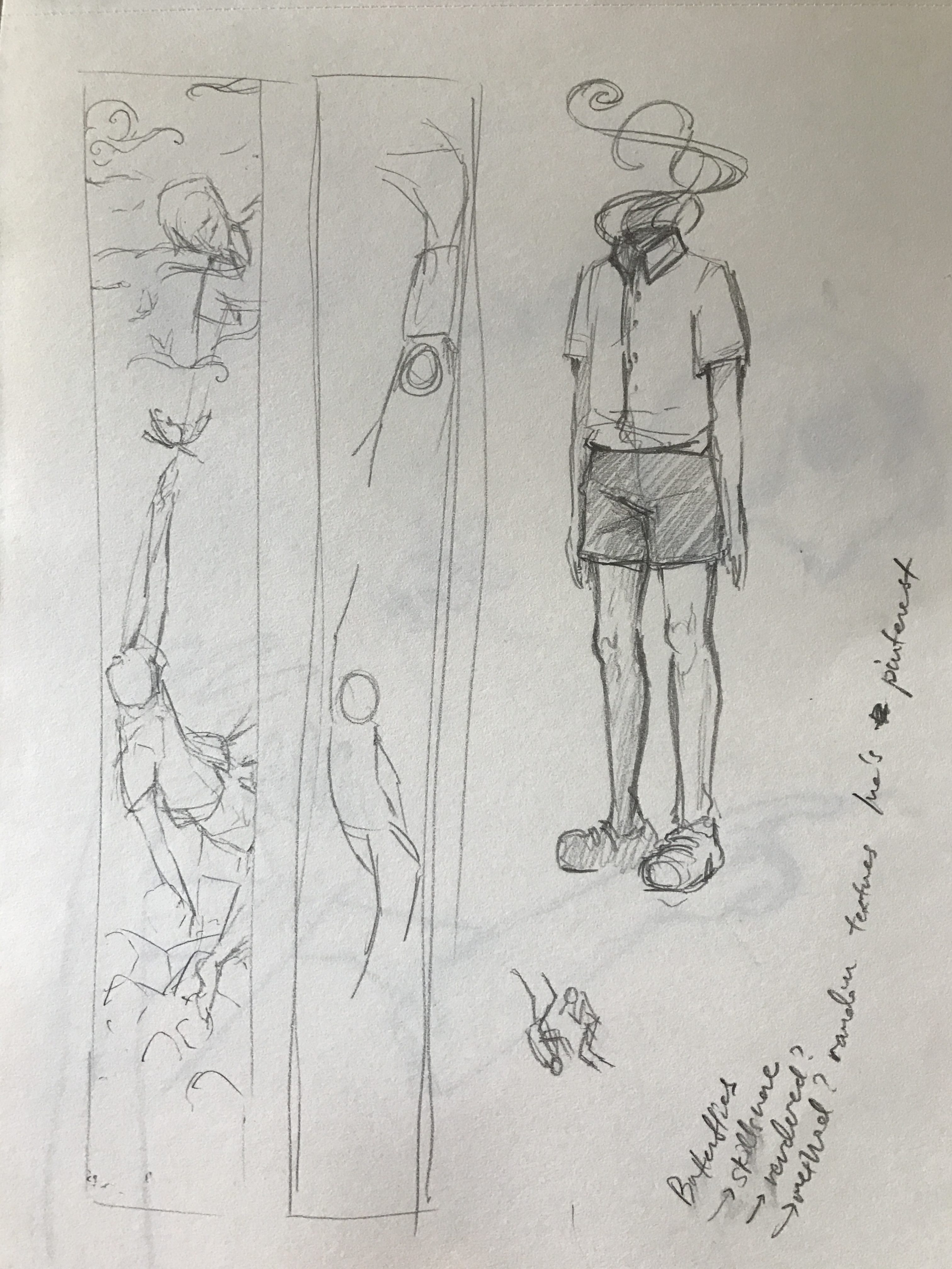 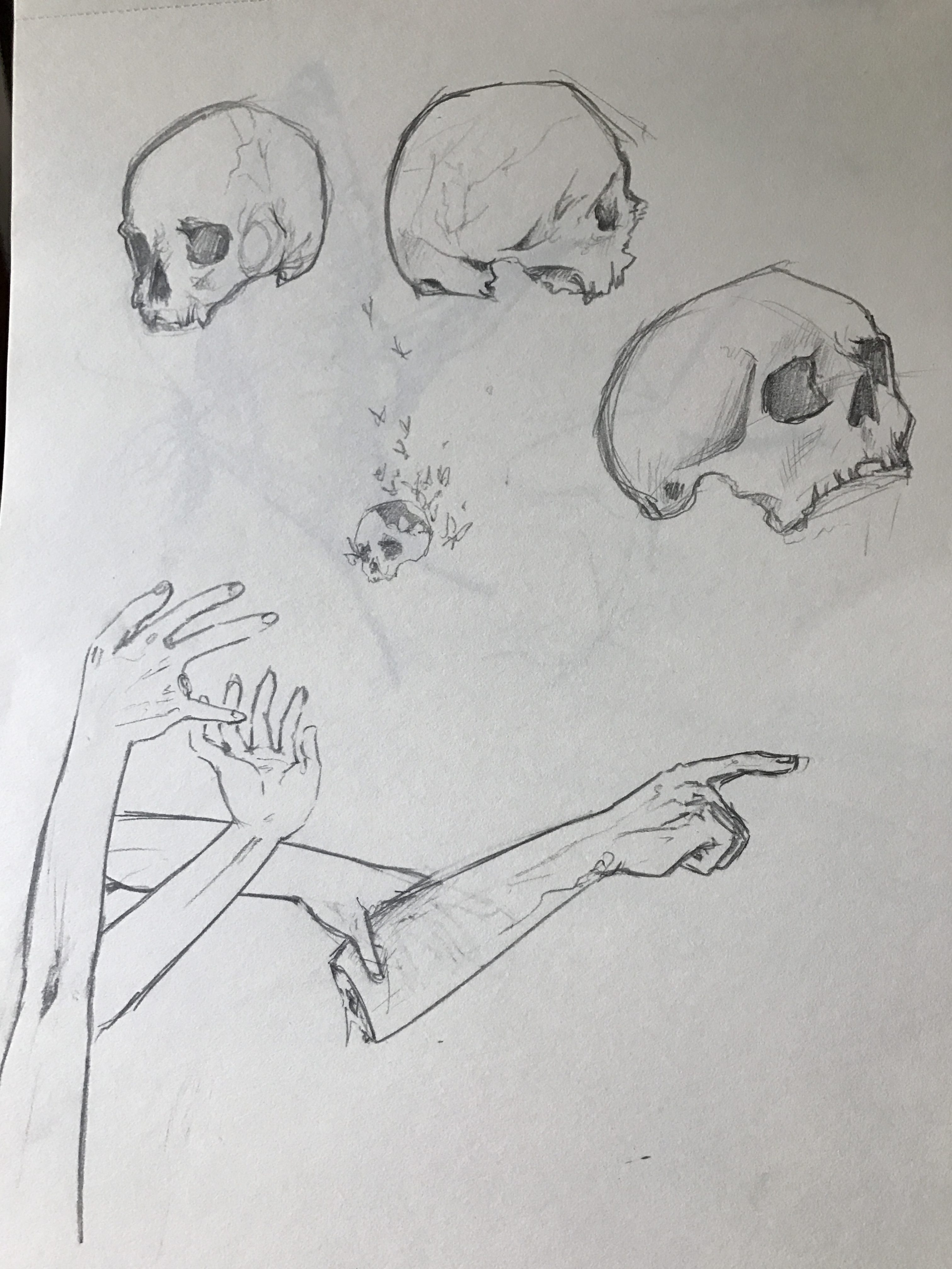 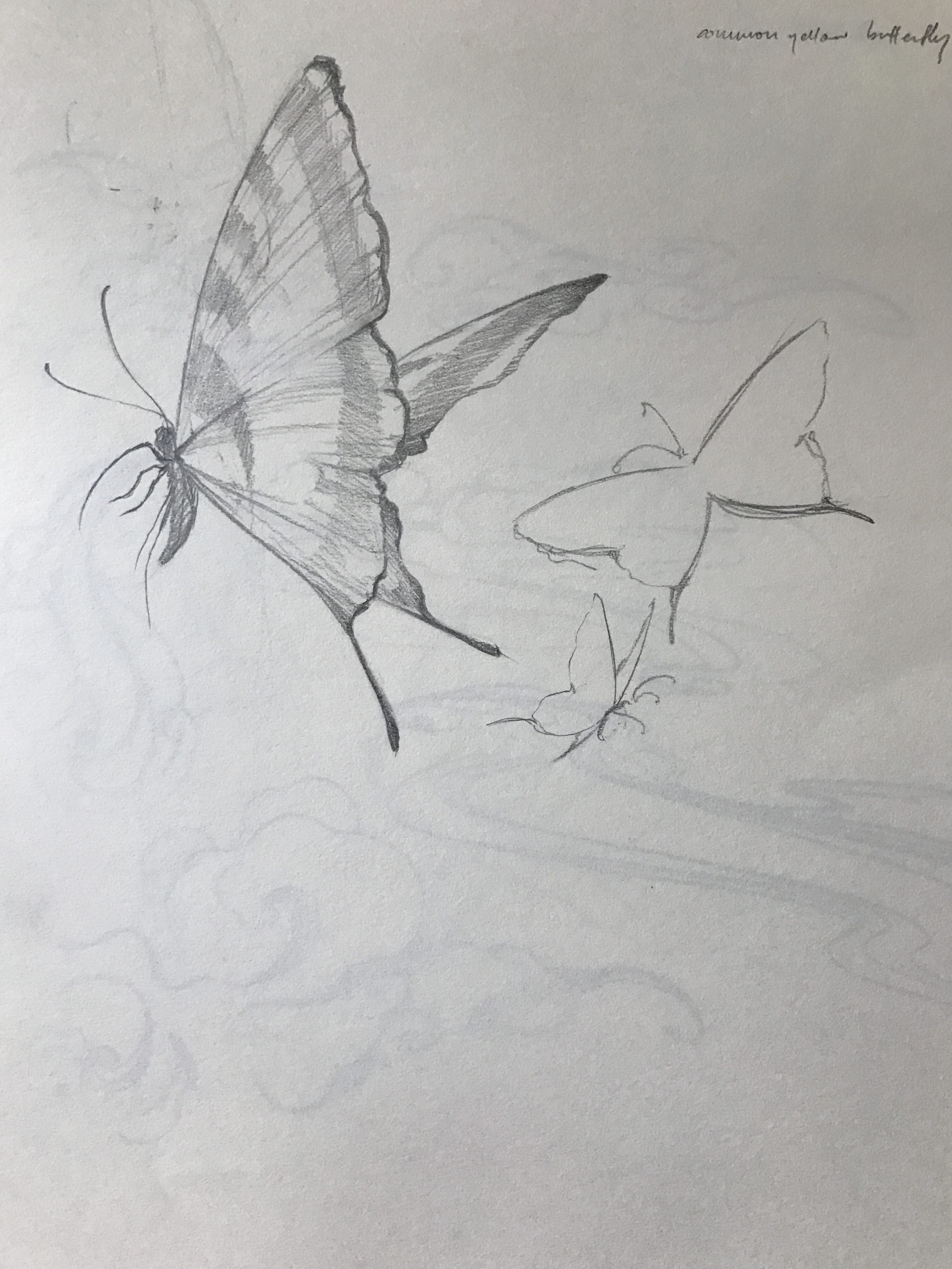 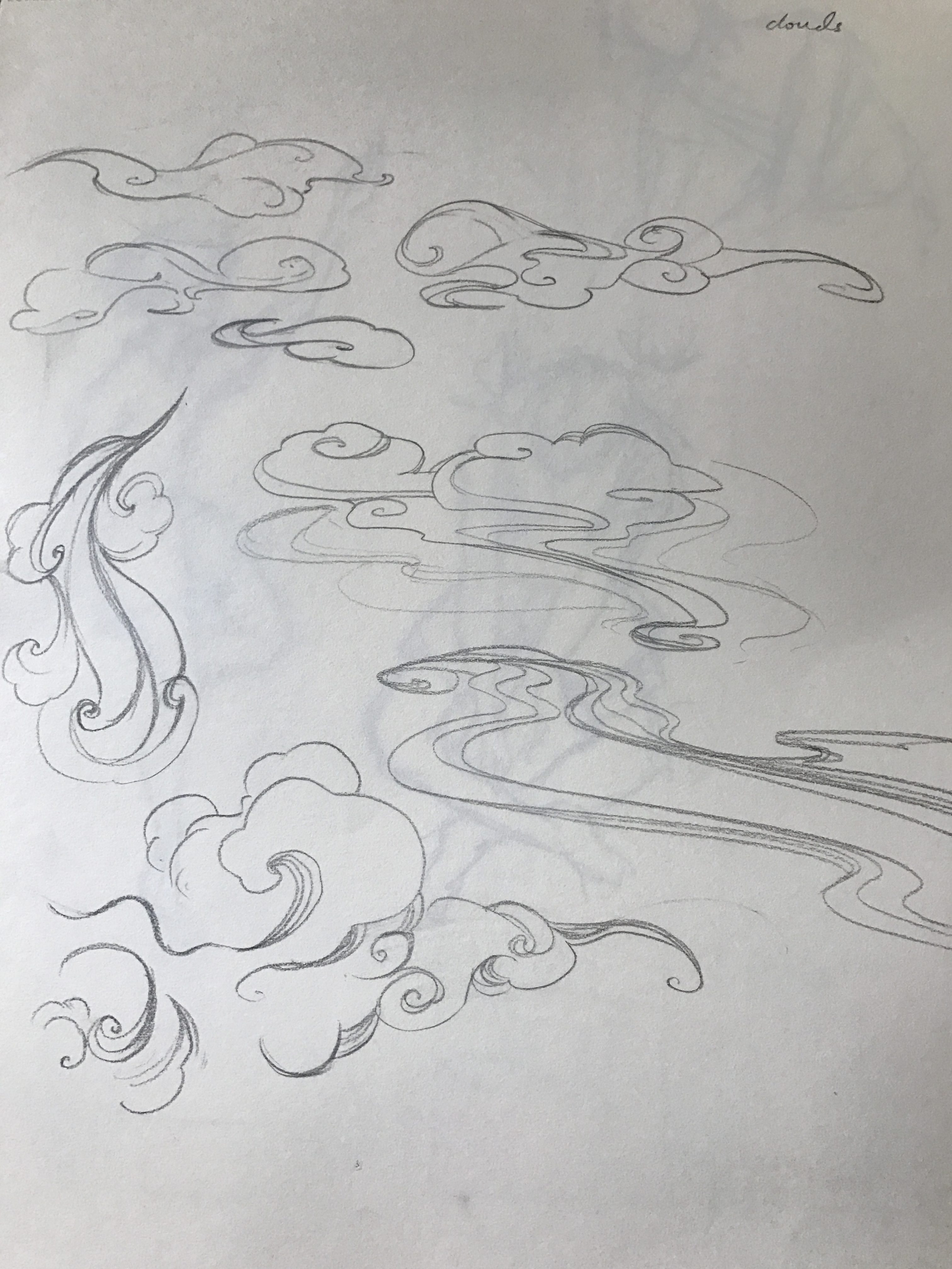 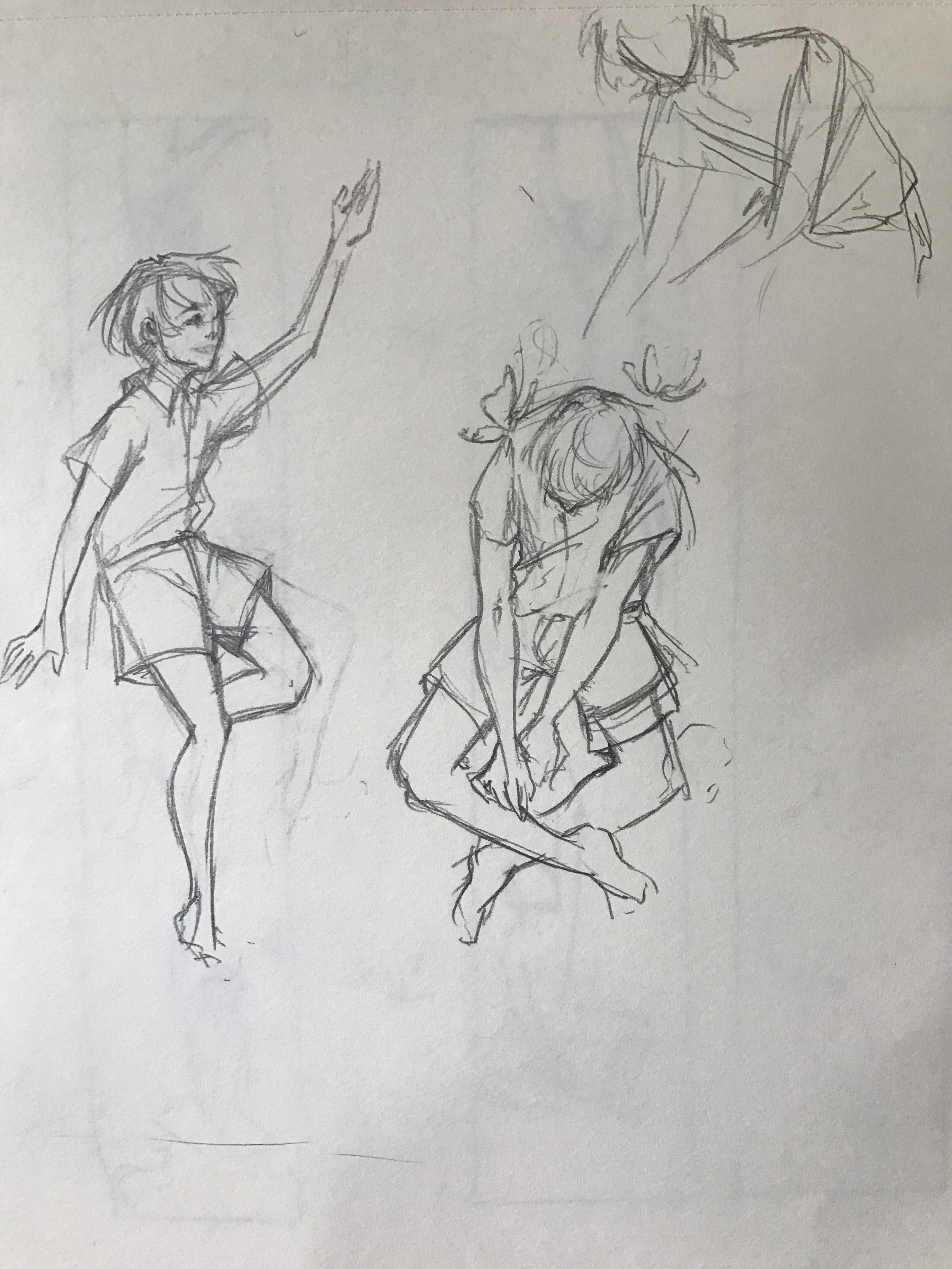 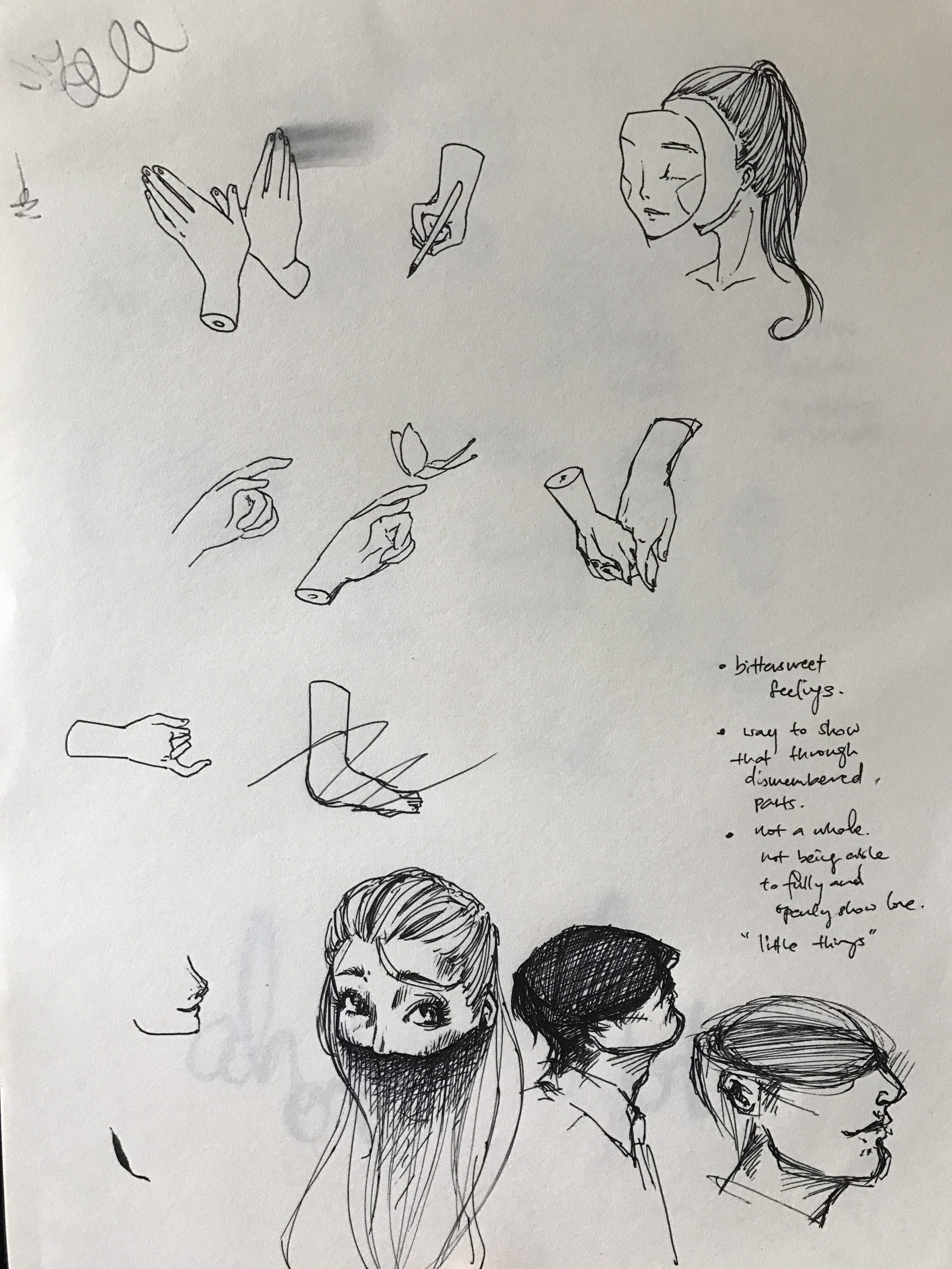 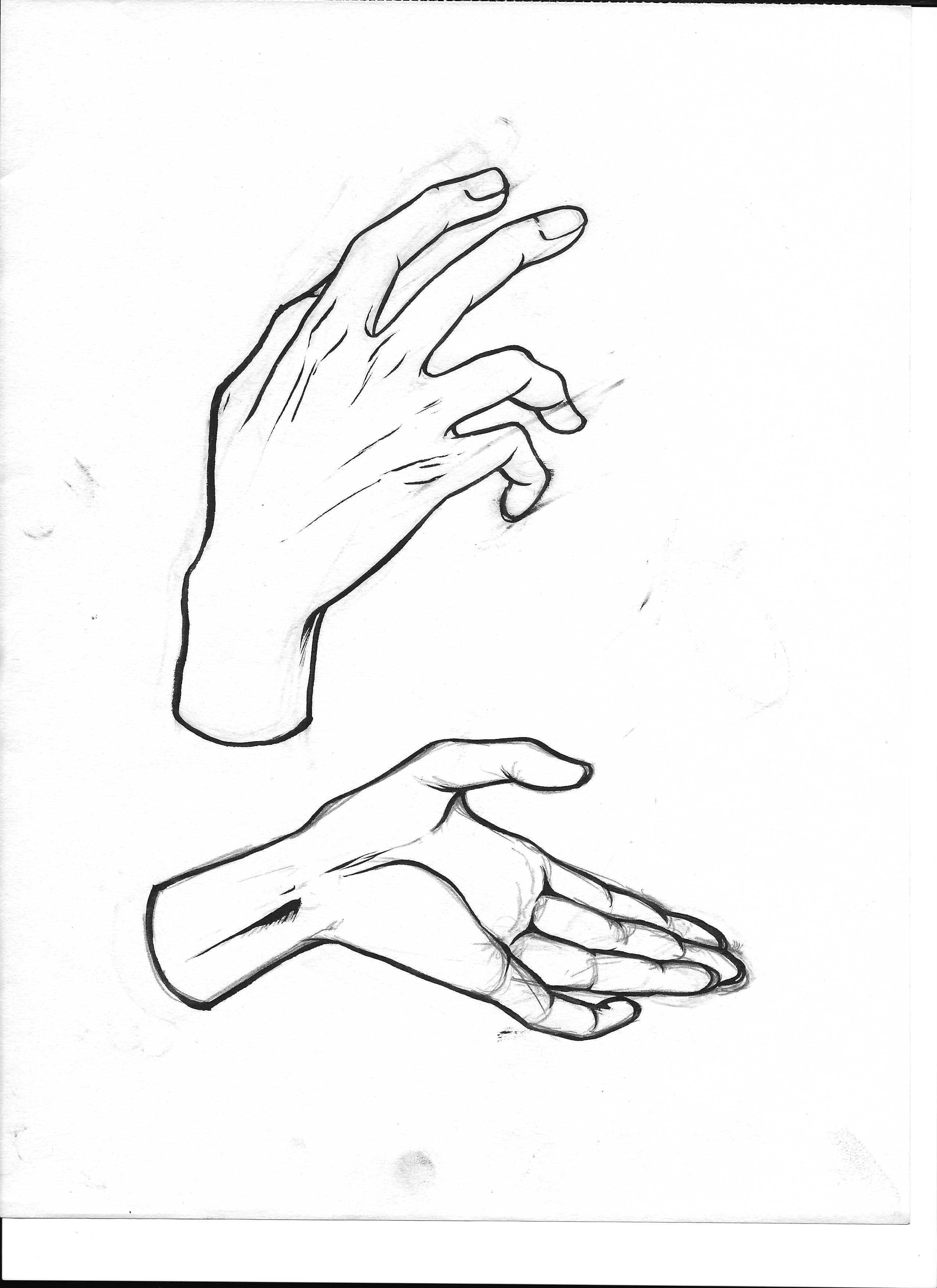 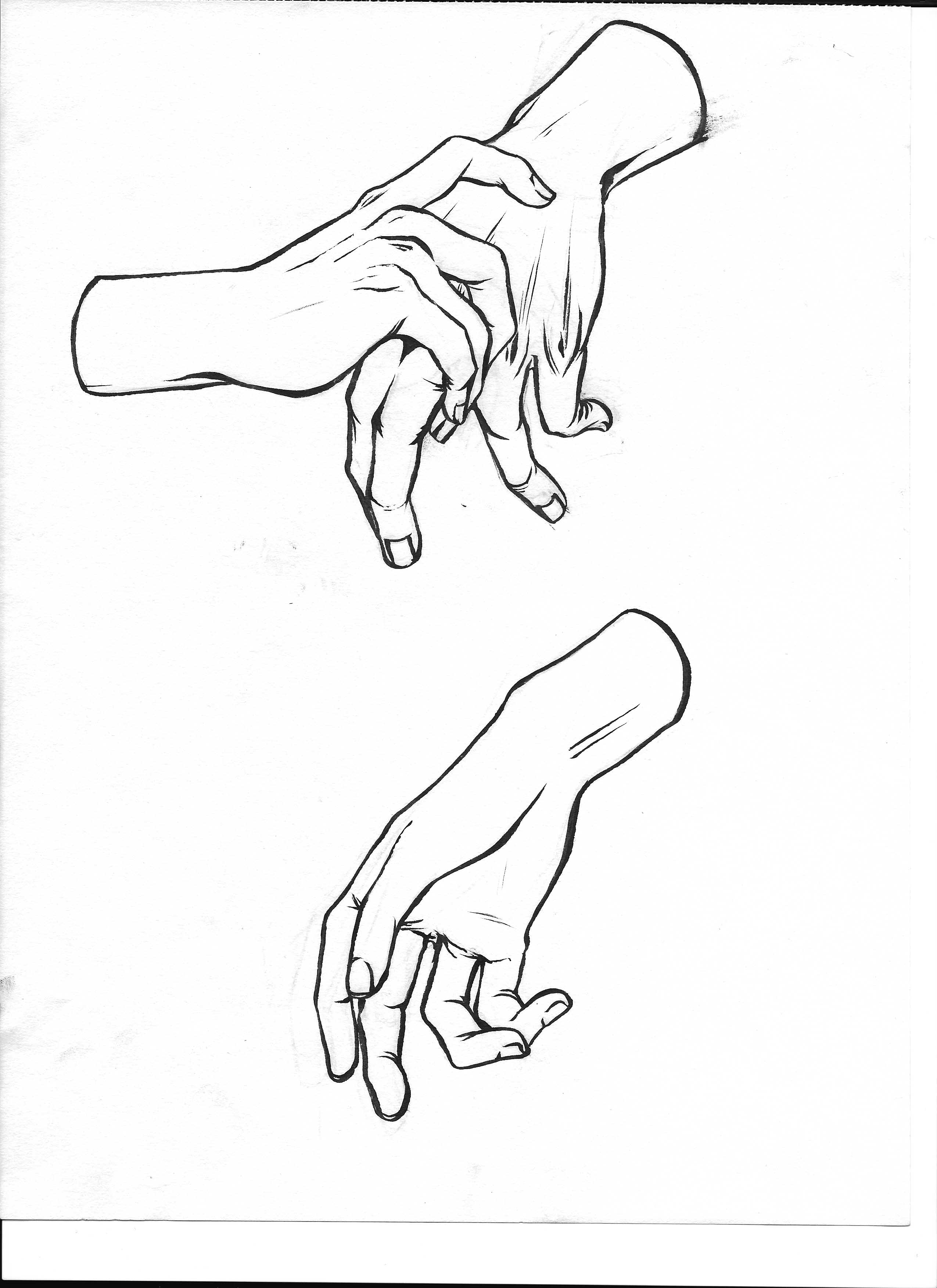 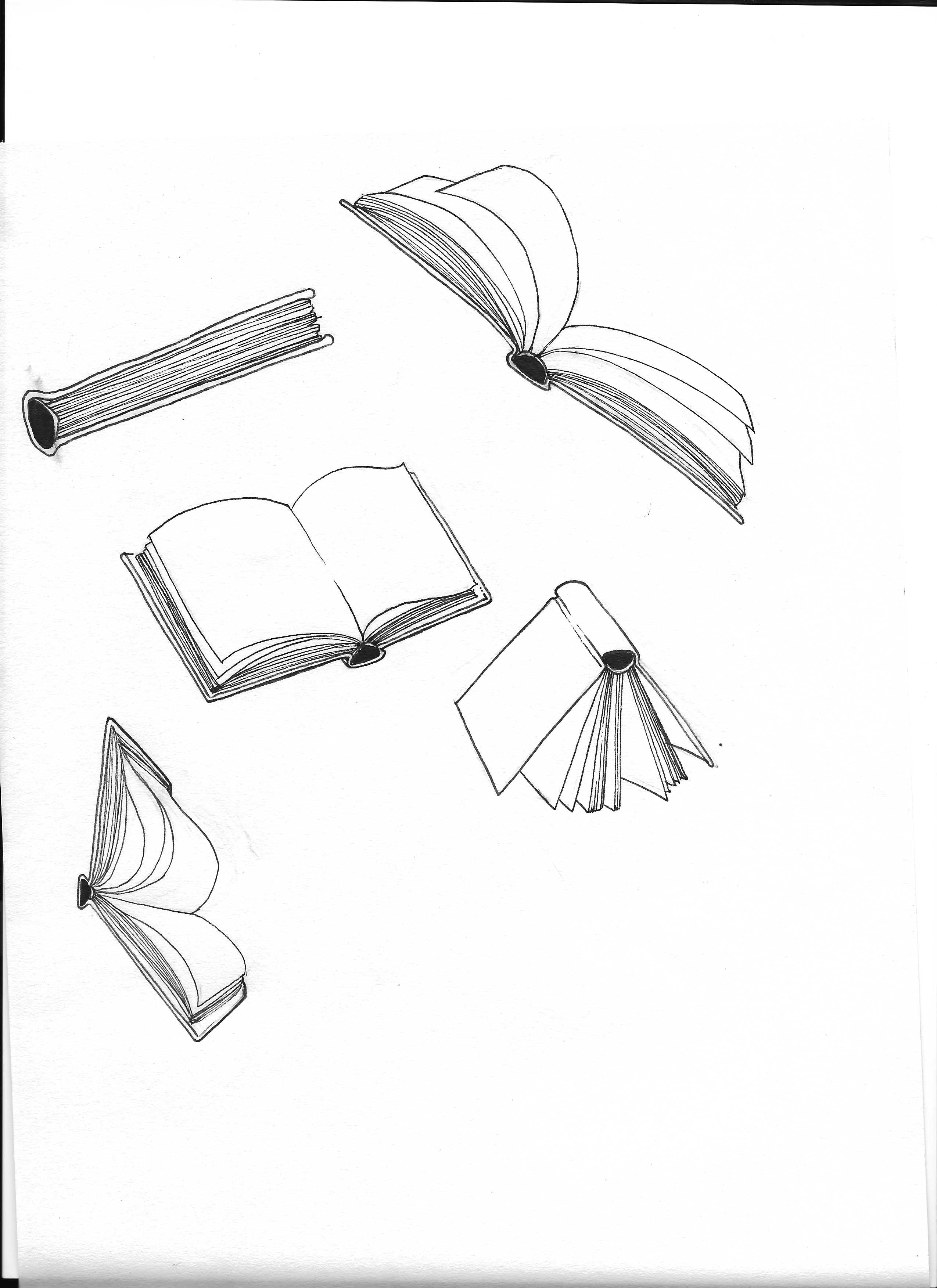 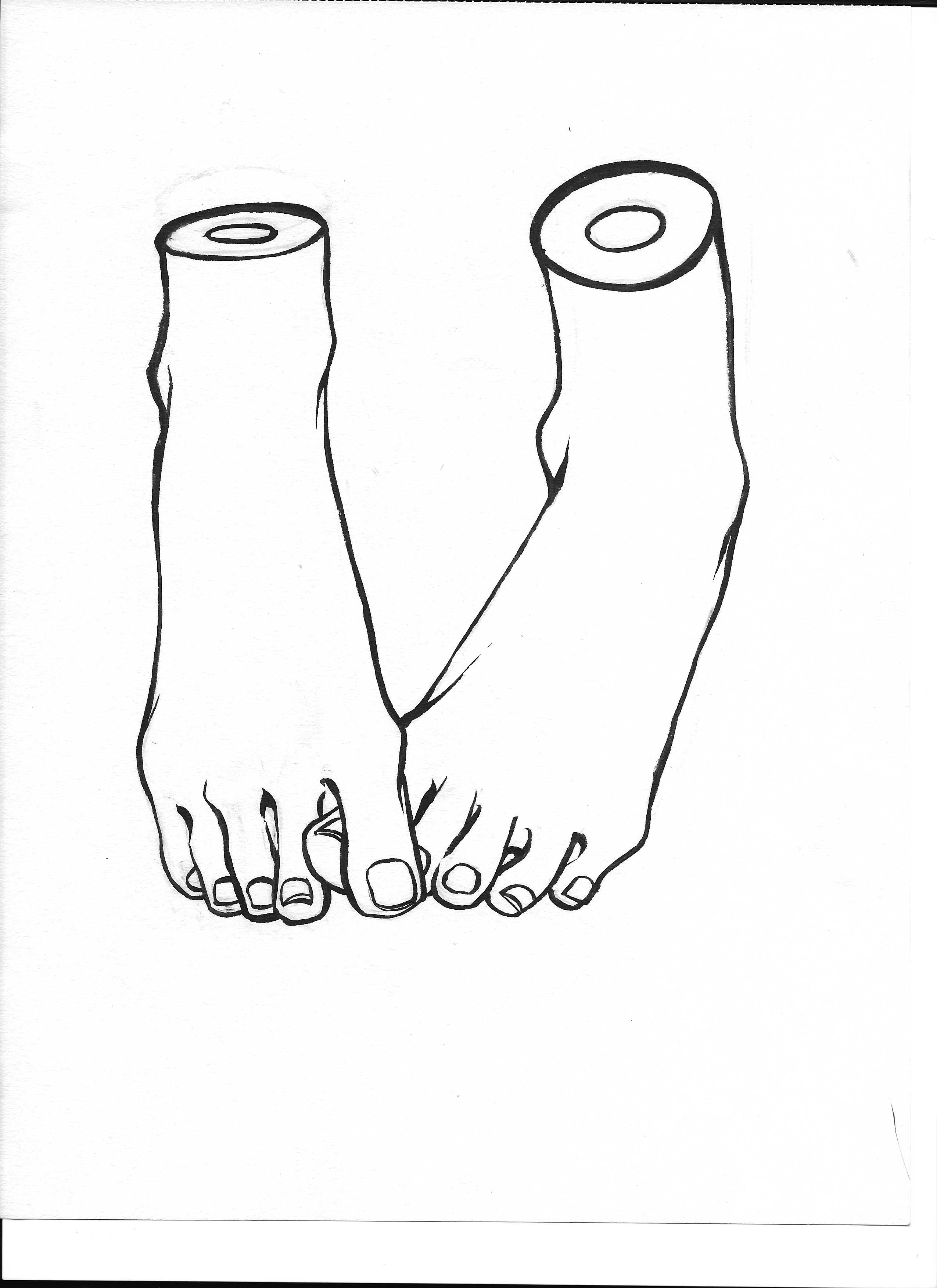 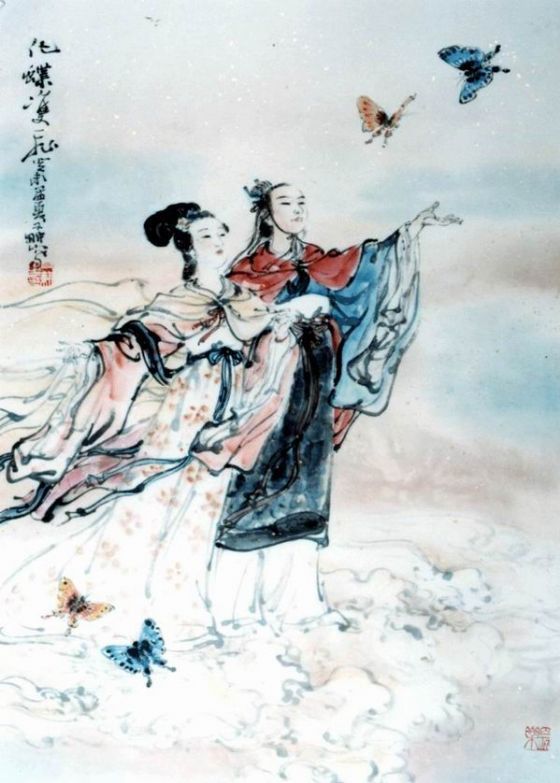 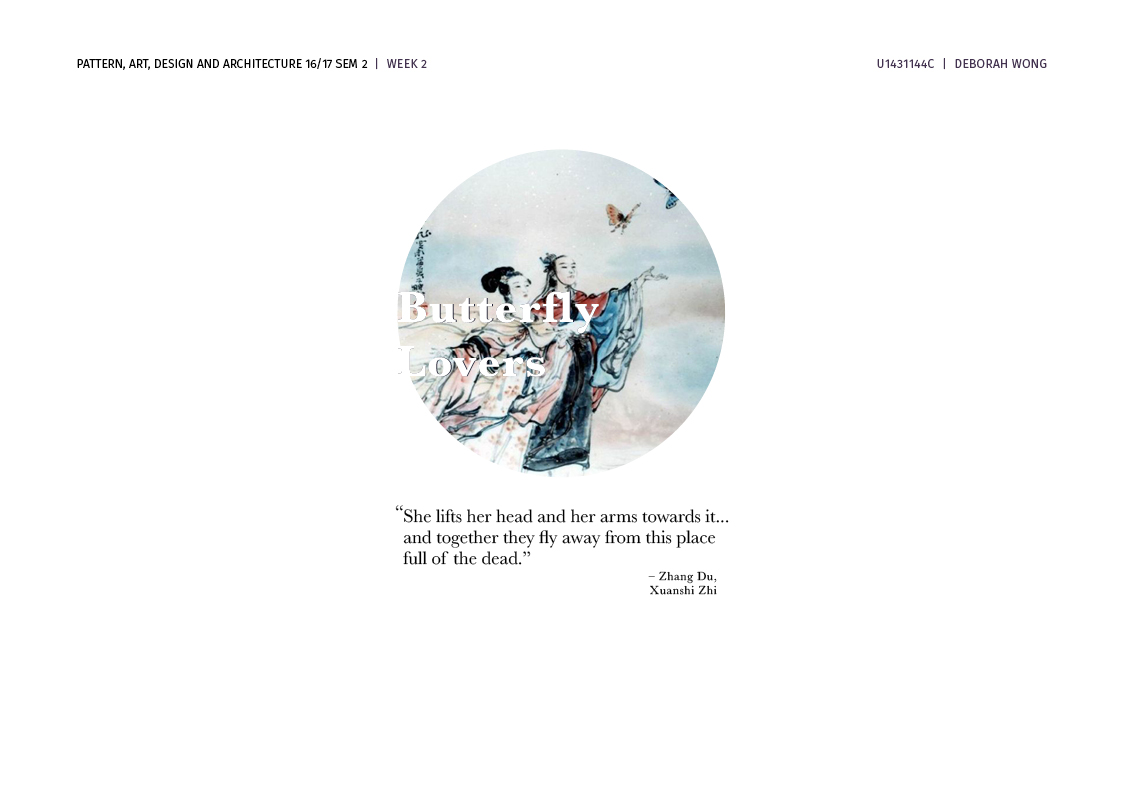 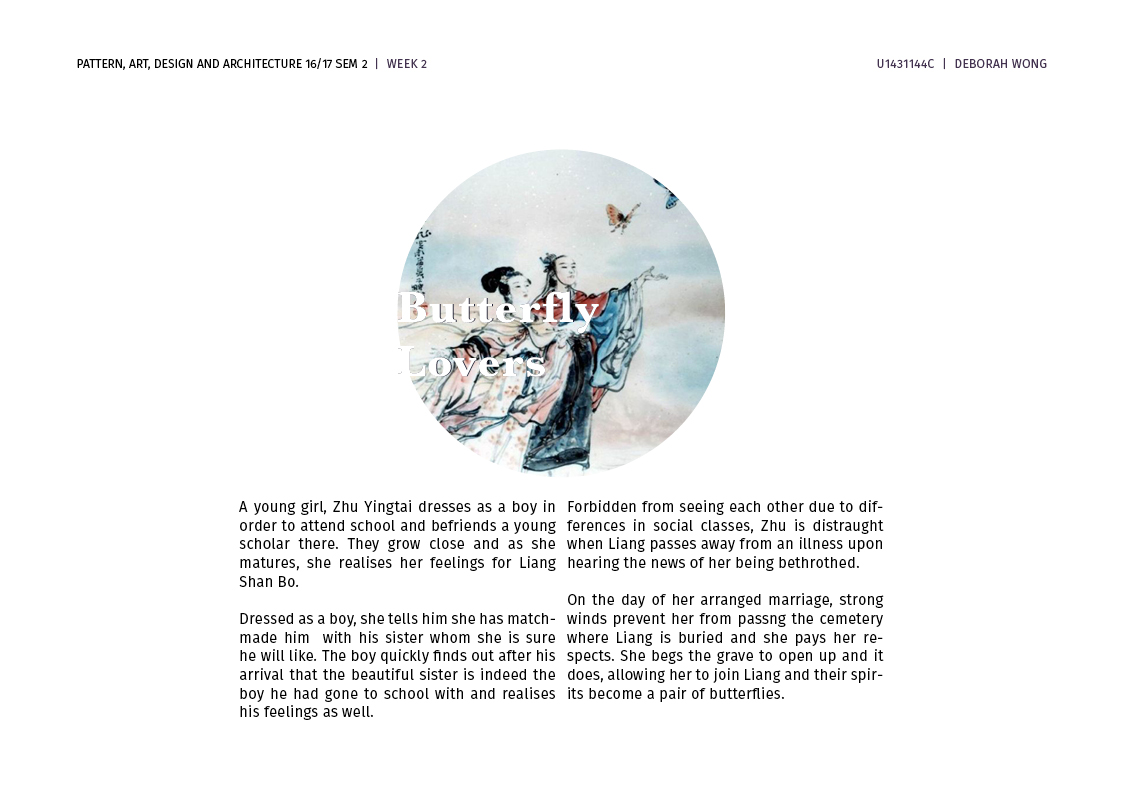 A young girl, Zhu Yingtai dresses as a boy in order to attend school and befriends a young scholar there. They grow close and as she matures, she realises her feelings for Liang Shan Bo.

Dressed as a boy, she tells him she has matchmade him  with his sister whom she is sure he will like. The boy quickly finds out after his arrival that the beautiful sister is indeed the boy he had gone to school with and realises his feelings as well.

Forbidden from seeing each other due to differences in social classes, Zhu is distraught when Liang passes away from an illness upon hearing the news of her being bethrothed.

On the day of her arranged marriage, strong winds prevent her from passing the cemetery where Liang is buried and she pays her respects by his grave. In sorrow, Zhu begs for the grave to open up and it does, allowing her to fall in and join Liang.

There spirits turn into butterflies and they ascend into the sky away from this place of the dead. 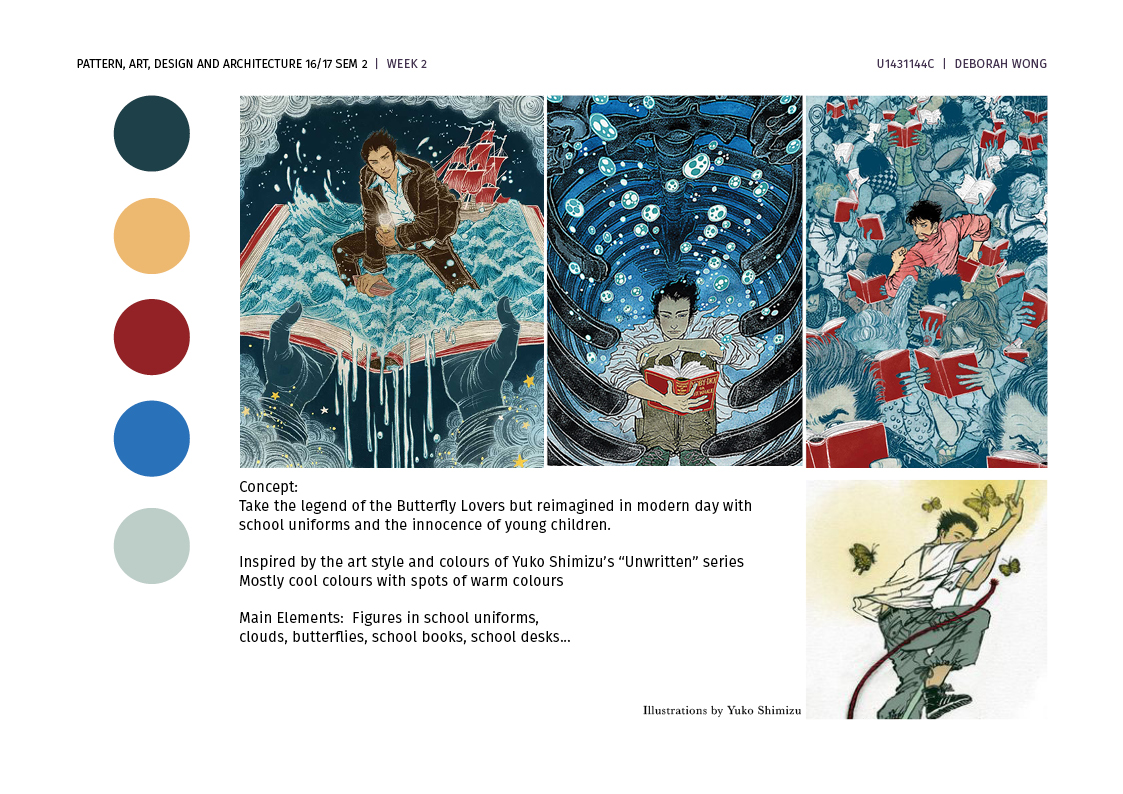 I first looked for an artist reference and then picked from her artworks, the few pieces I thought I could use as inspiration for my own motifs and elements.

I have been following Yuko Shimizu on social media platform Instagram for a while now and her brush work is extremely inspiring and detailed to me. I also really liked her technique of drawing traditionally and then adding colours digitally afterward.

In the mood board, we have three pieces from her original series Unwritten as well as another one of her original artworks (bottom).