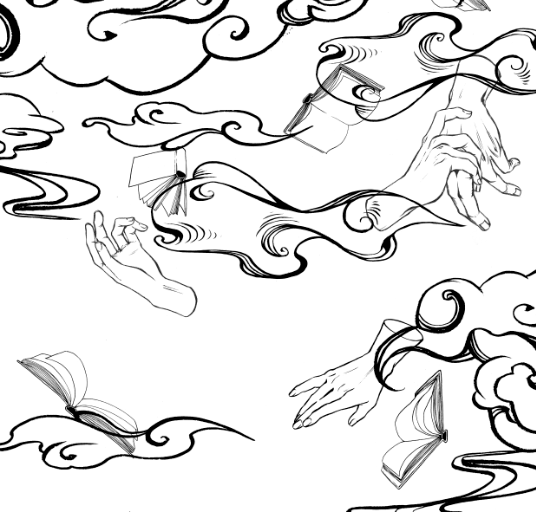 After getting a better idea of how I wanted to proceed with the banner and what elements of the motifs I would like to explore, I then added some more to give variation. 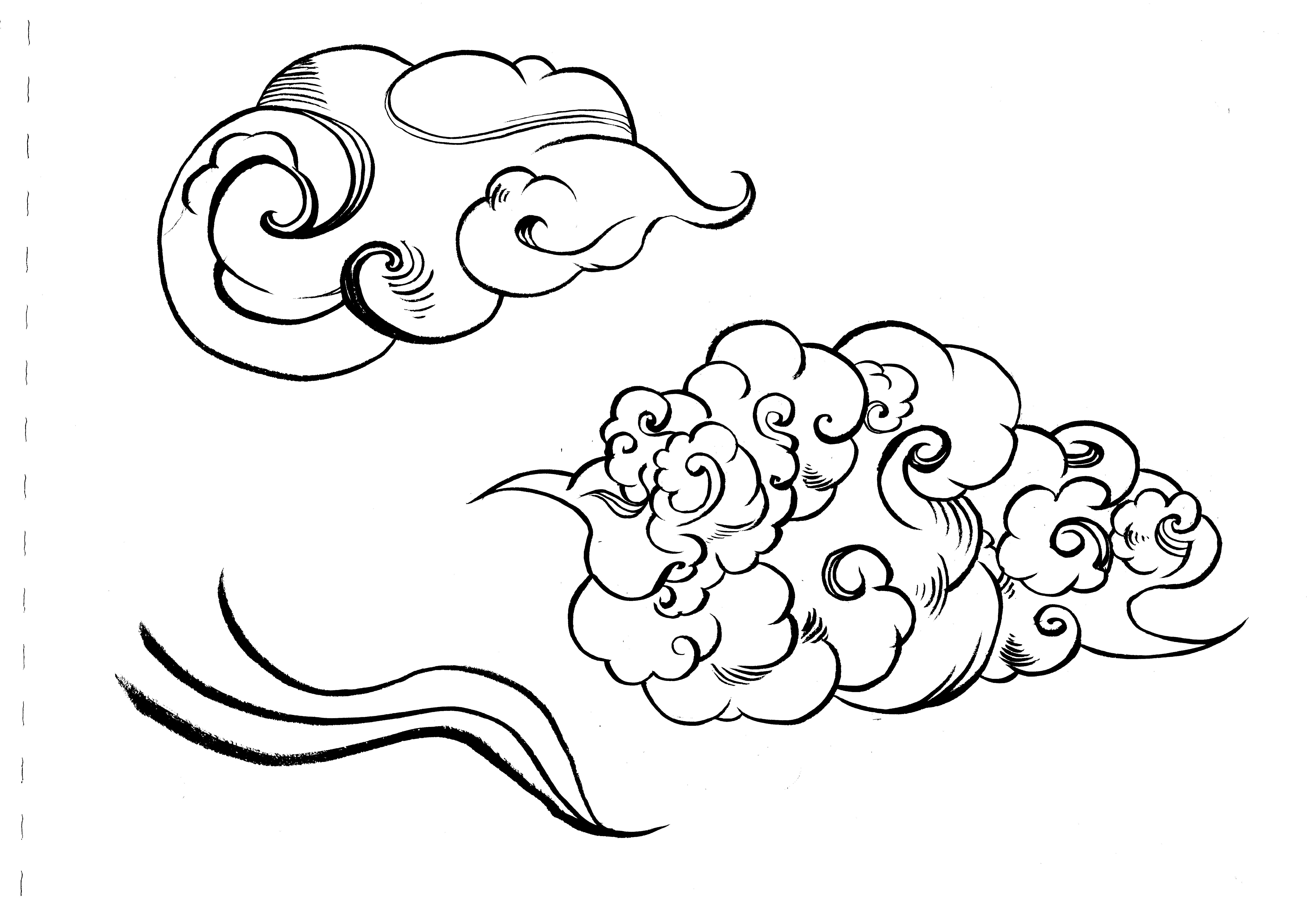 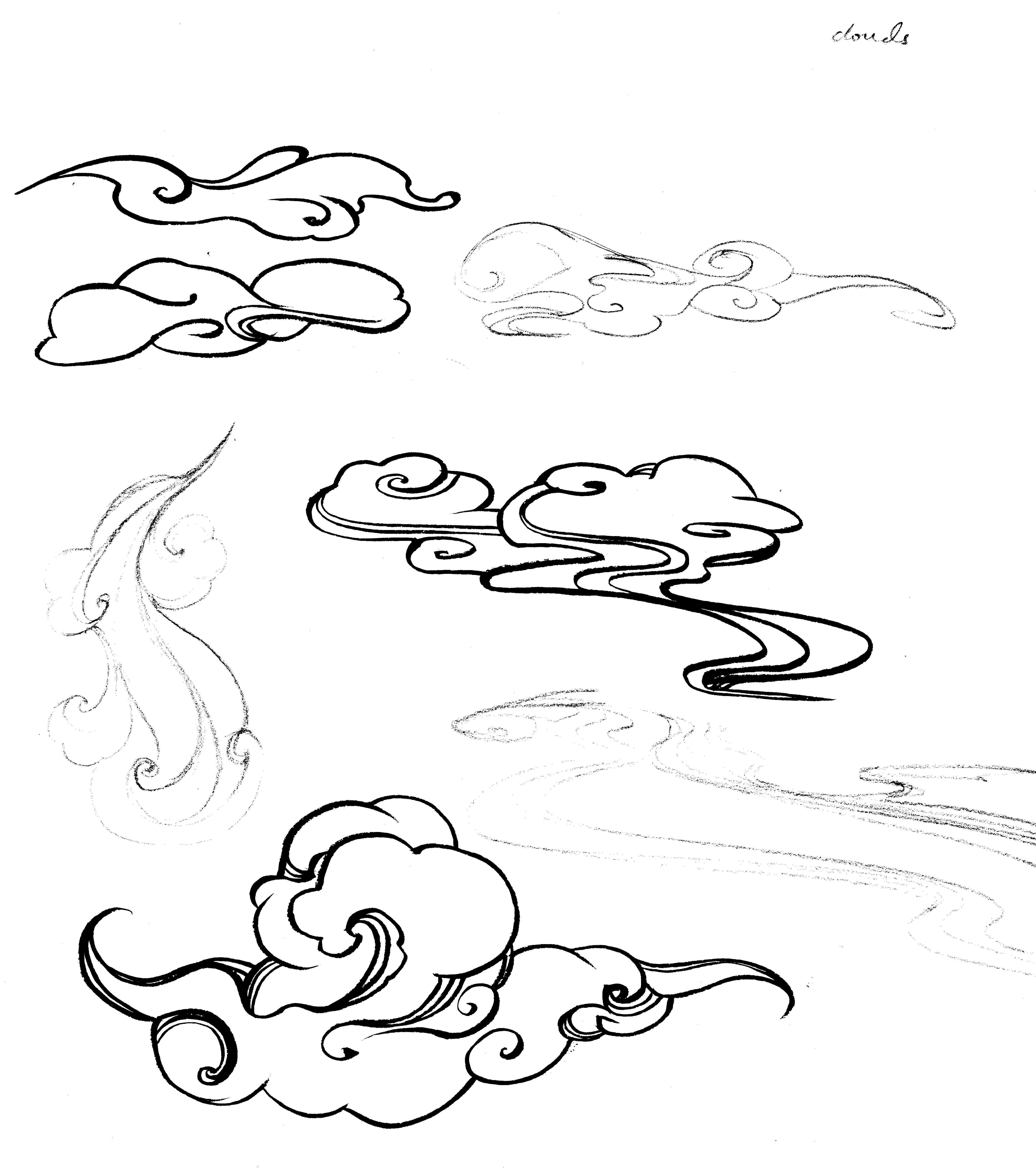 Cloud motifs were added to give the effect of a different world when Zhu reaches down for Liang. 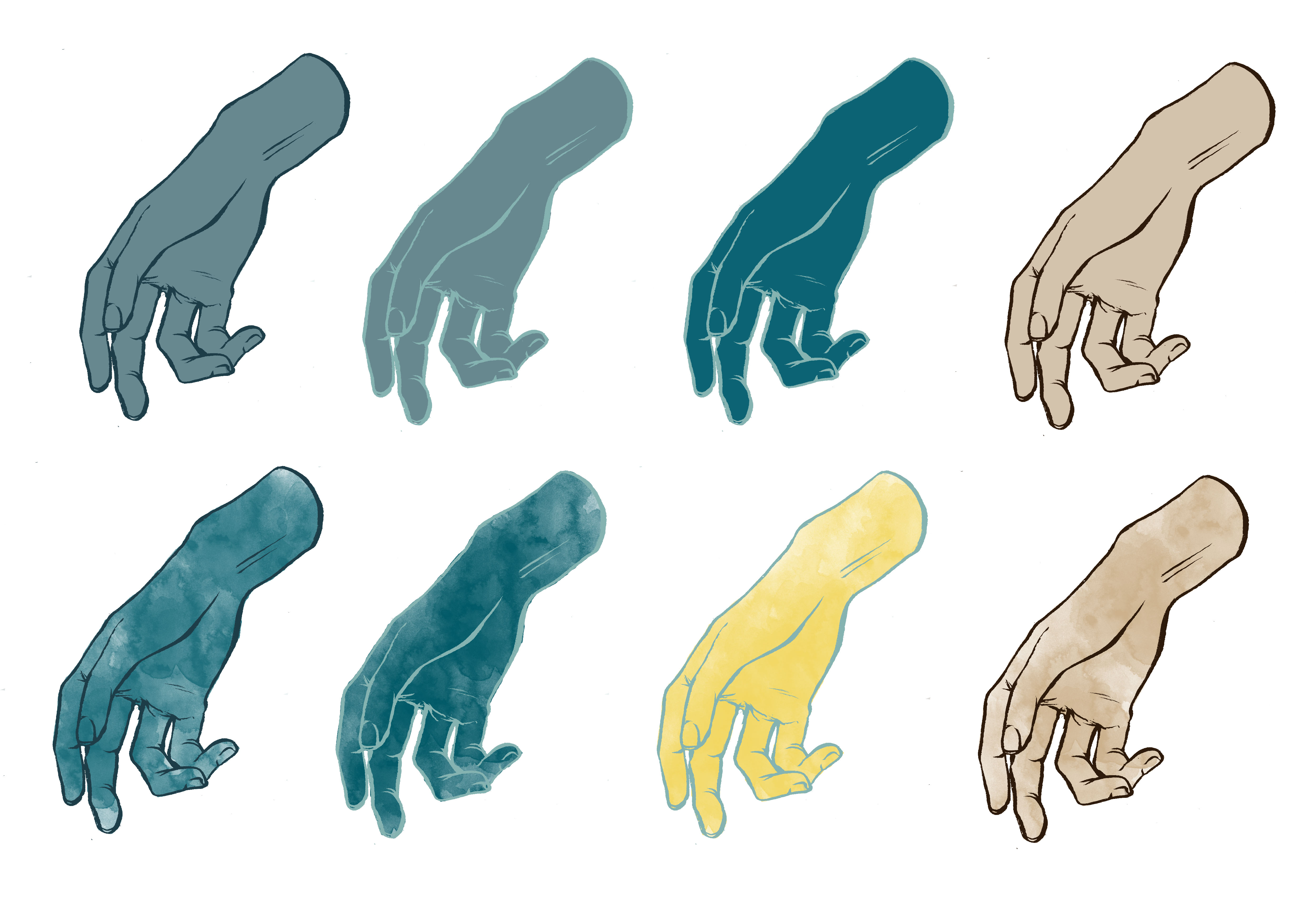 Colour and texture exploration of the hands to differentiate Zhu and Liang’s from the other hands or gestures.

Only the first half of the banner symbolizing Zhu’s surface world can be seen on the banner here.

After drafting a banner with the motifs, I realised there was a lack of separation between the surface and underworld (where Liang had been laying before Zhu reached out to him in his grave).

I wanted to stick with the theme of hands and it was suggested to me by our Professor that I could have a pile of hands that could only be identified as hands upon closer inspection.

Having watched Arrival just over the past weekend, I fell in love with the concept art of the aliens, or Heptapods, in the film. They were large slightly menacing beings with a mysterious air around them but not totally frightening. Their look however stuck out to me and made me think of spiders or squids.

True enough, after doing some research, the concept art was mostly inspired by squids as well as by the image the director got from Ted Chiang’s short story- which Arrival was based on. 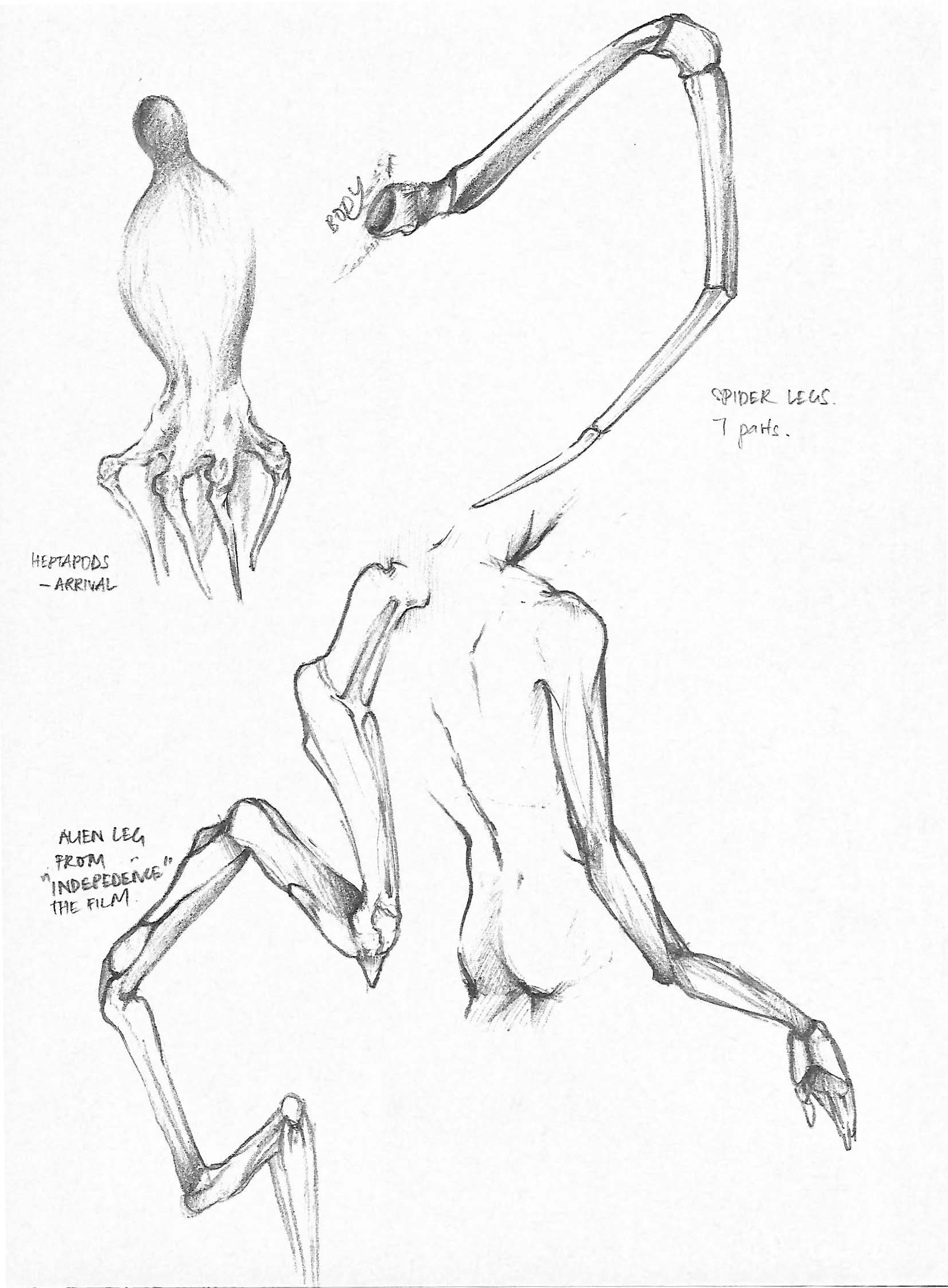 I started the process of the hands symbolising the underground by looking at creature design and spier leg anatomy.

The idea of grotesque limbs with extra parts to them came to mind, with the spider legs being 7 parts and all. I imagined these thin, human limbs that looked peculiar and not entirely normal. 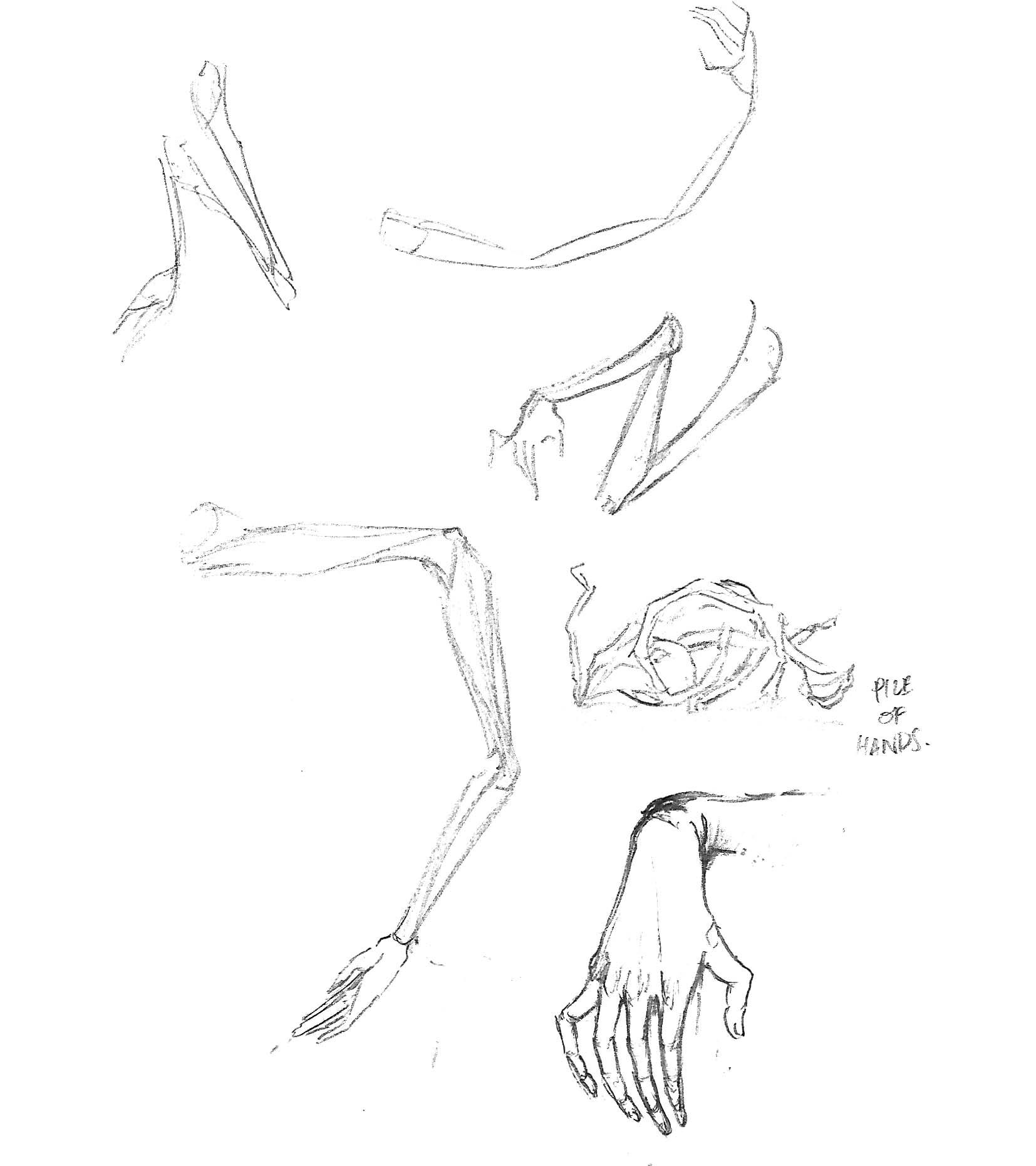 I then started sketching out potential arm positions for the next few larger drawings. The following 3 arms were then inked with a brushpen on an A2 sized paper which was later cut up for ease of scanning. 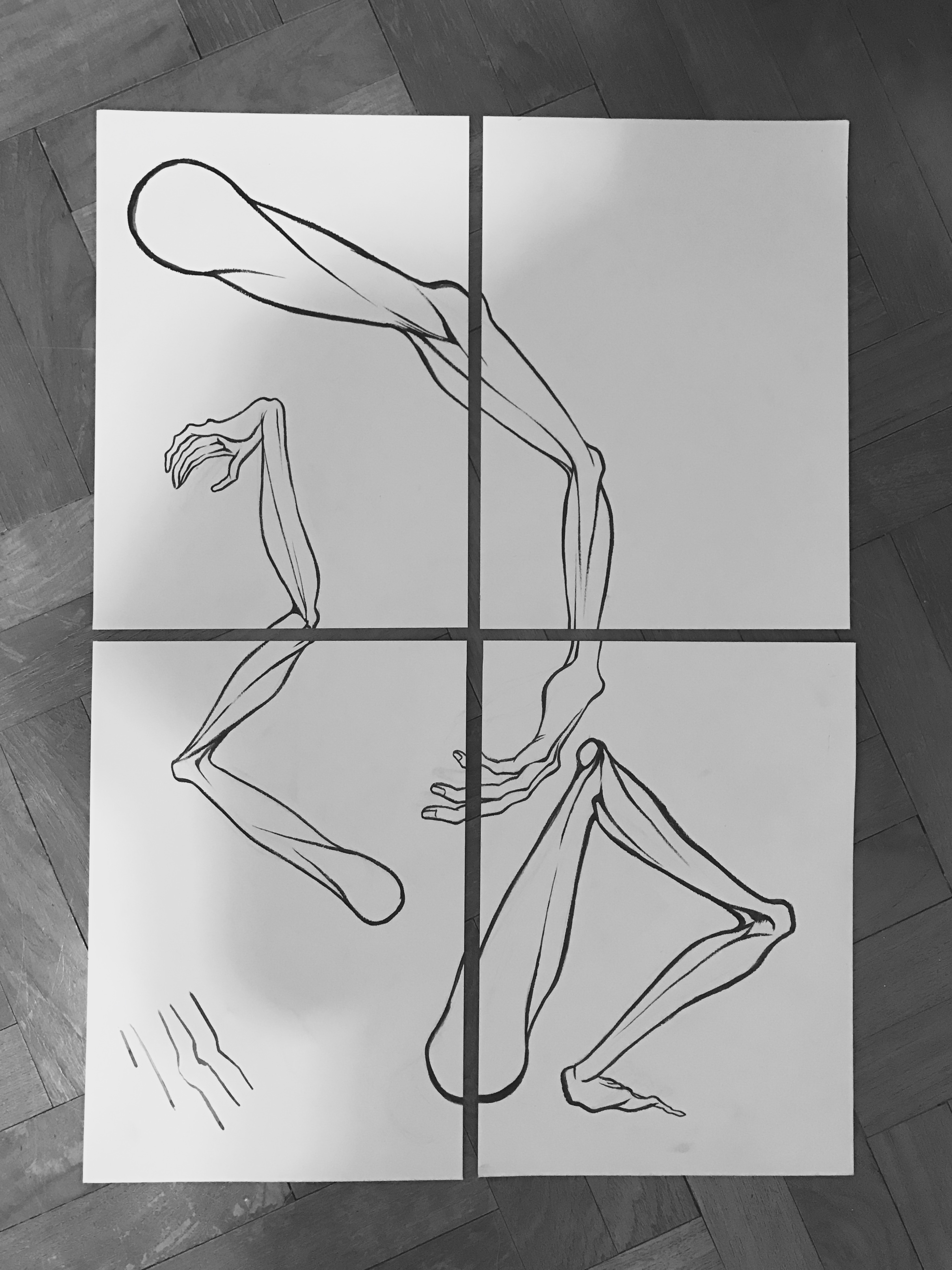