So here comes the first assignment, that is to reshoot a photograph at least 10 years old! As recreating photographs of my family and myself is not particularly my style of working, I have chose to recreate photographs closer to my heart and interest: Old postcards of Singapore. In my process, I have selected three locations for me to work with in order to make good use of the 36 exposures.

Location #1 – South bank of the Singapore River near Coleman Bridge 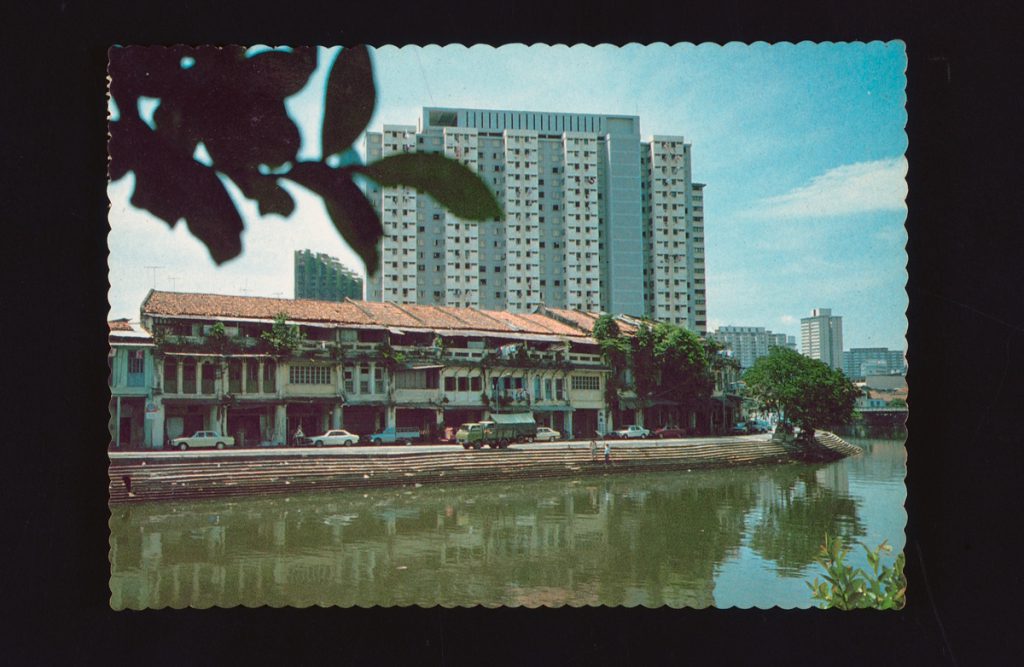 Observation: Based on the lighting condition and the intensity of the blues in the sky, I am guessing the timing of this photograph was taken in the range of 9am-11am or 4pm-6pm with decent weather. By observing the leaves and branches captured here and having an understanding of the river’s width in my mind, I am thinking that this was not taken with a super wide focal length but in the range of 28mm and above. The shutter speed used here is less than 1 second, as ripples of the river can be clearly seen still and the two human figures are sharp despite that their body language suggested movements.

Re-shoot: I have found the radius where the old photograph was taken after some walking and made an attempt even though the weather was really not on my side. Major urban redevelopment have taken place but the two buildings on the right hand side (Housing Development Board flats) are still standing. 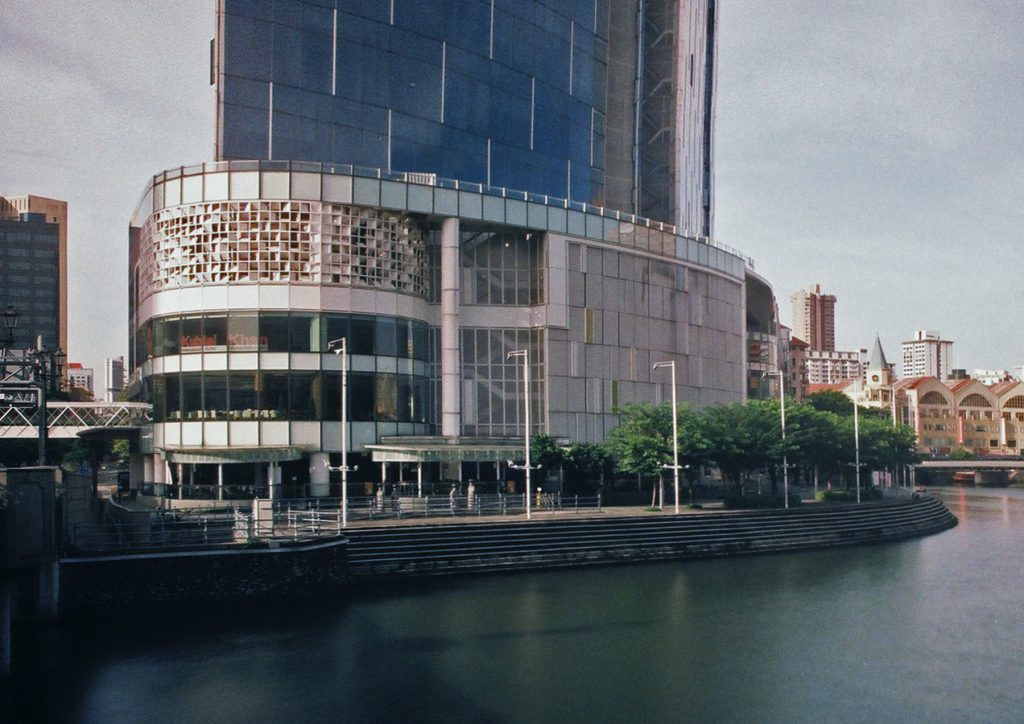 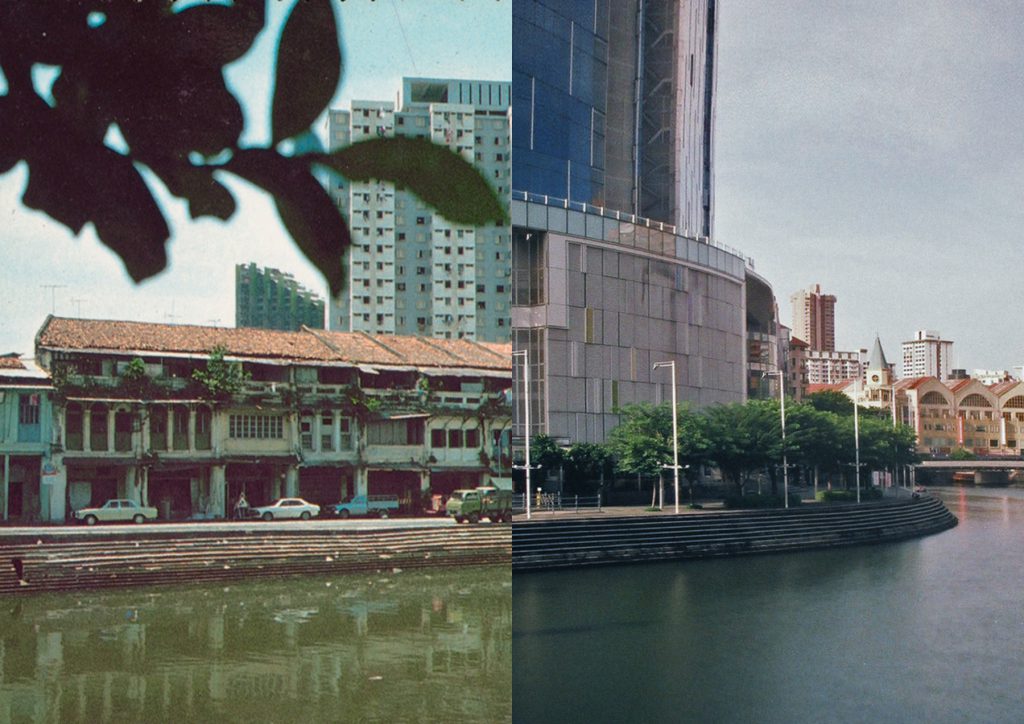 Re-compose: As I did not have the lighting I wished for, I decided to do my ‘re-shoot an additional image in the contemporary setting’ portion much later in the day. I used a wide angle lens in order to get the entire existing building in my frame. The former was taken right beside the Coleman Bridge which was not shown and I have attempted to include it in my composition for it’s historical significance. It was one of the beautiful light I have witnessed, almost as if the sky was compensating me for the foul day earlier. Very unfortunately, I did not expect and did not foresee the lamp post causing such light diffraction to the lens and negatives because I wanted the lamp post to be in the shot for a finishing touch. 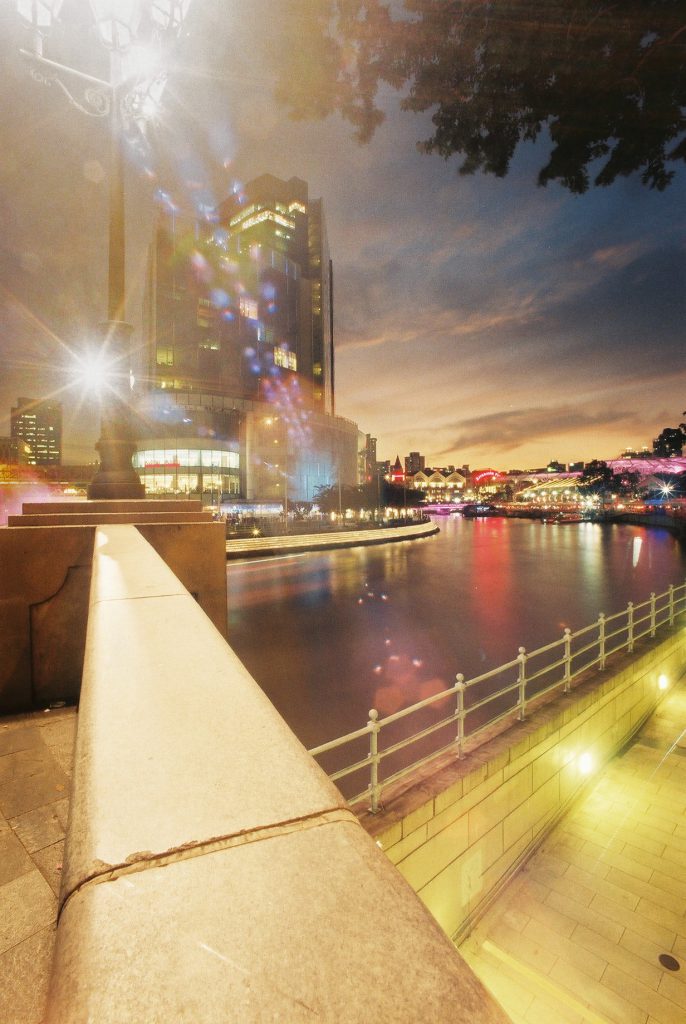 This location is worthy to revisit for further explorations, but the spot where I took the photograph will be a very challenging one if you are setting up a tripod because of the narrow pavement with heavy human traffic. 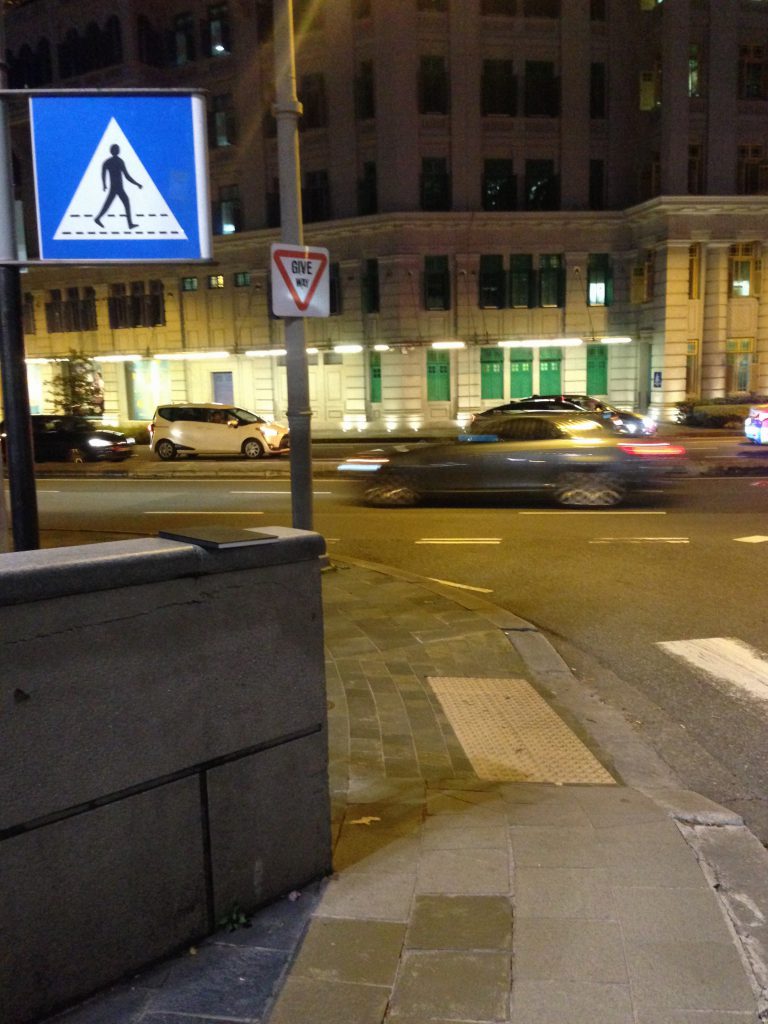 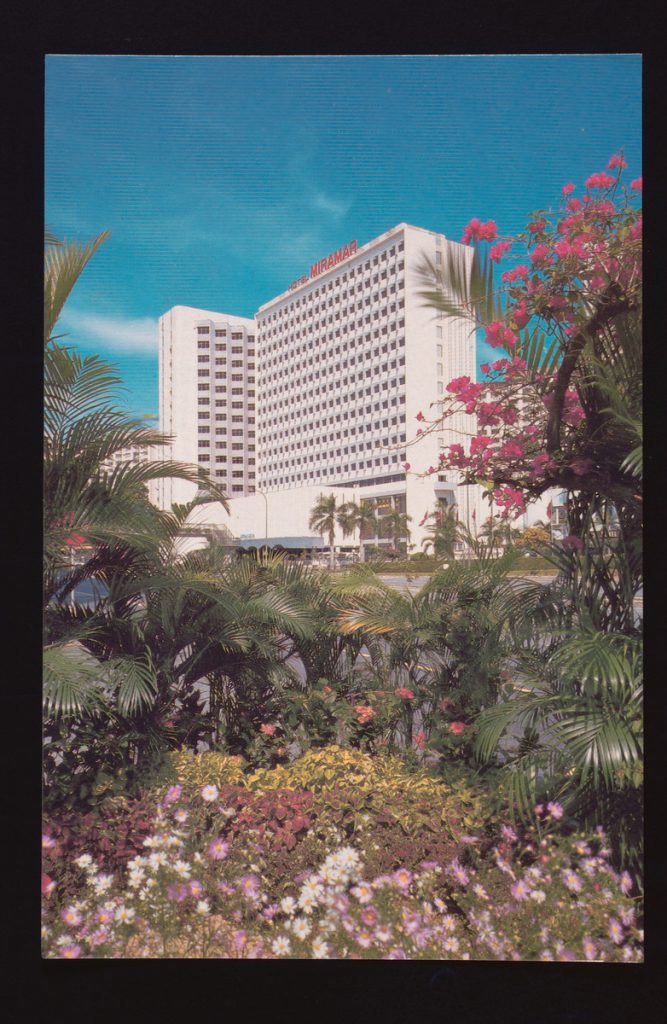 Observation: “This is a work from a classic architectural photographer!” was the first thing that came into my mind. He/ she has got the beautiful blue sky, colourful floras as the foreground and a perspective-distortation-free building bathing in the sun. A wide angle tilt-shift lens could be used here, image could be created in the range of 8am-10am or 4pm-6pm on a clear sunny day. Shutter speed used was probably below 1/125 second as movement of the leaves on the top right hand side can be seen.

Re-shoot: Location of where the photographer took the shot was determinated after some checking on the map and on site, but the location of the sun was wrong in the morning. I did not take the shot with my SLR but on my mobile phone instead for documentation purposes. 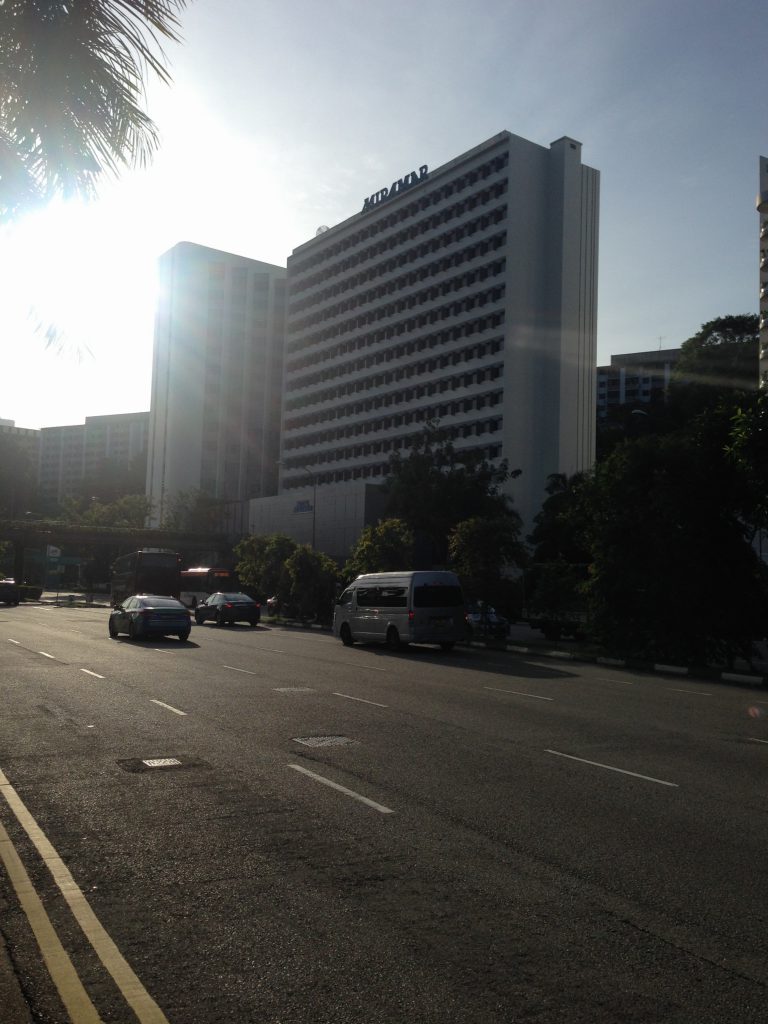 Another attempt on a separate occasion but the weather and sun location was still not right either. Nonetheless, I tried to re-create the photograph to capture how much of the floras were gone despite labelling Singapore as the Garden City! 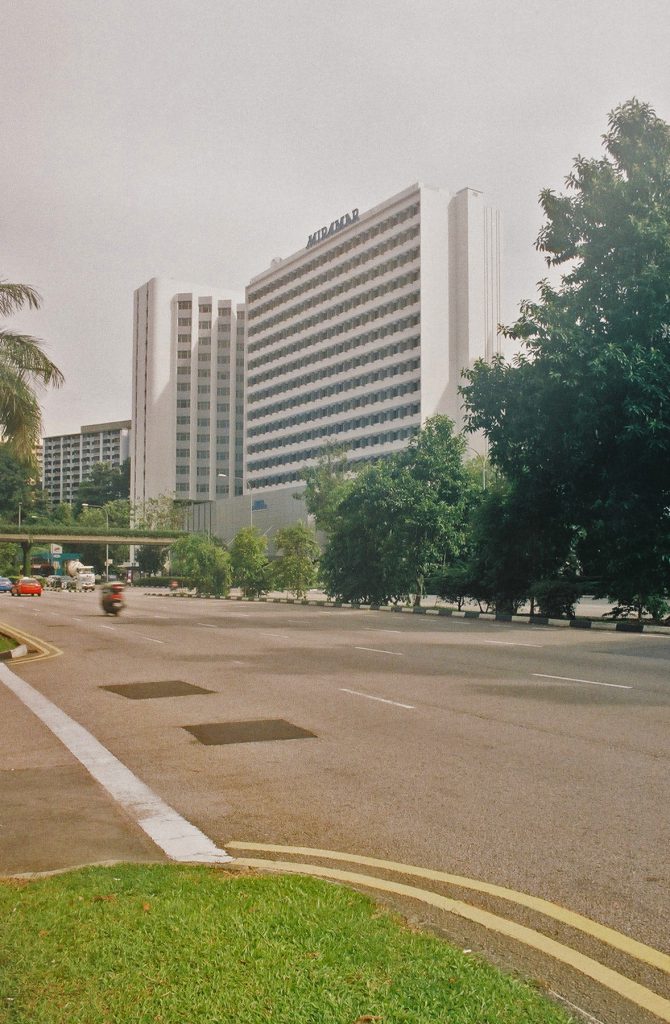 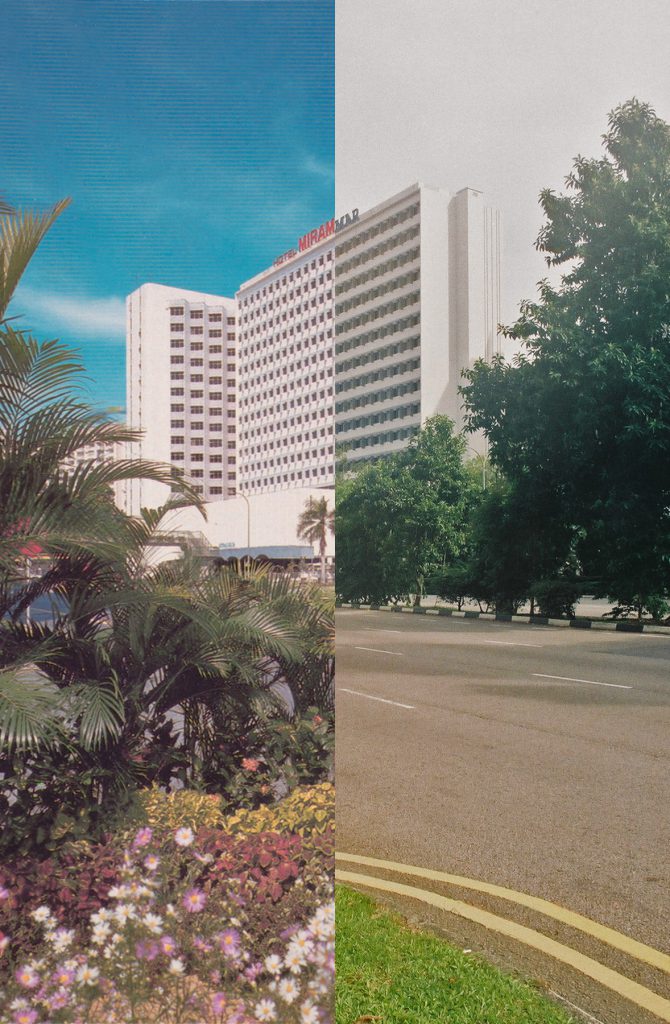 Re-compose: I have unknowingly gave myself a breather from this location. 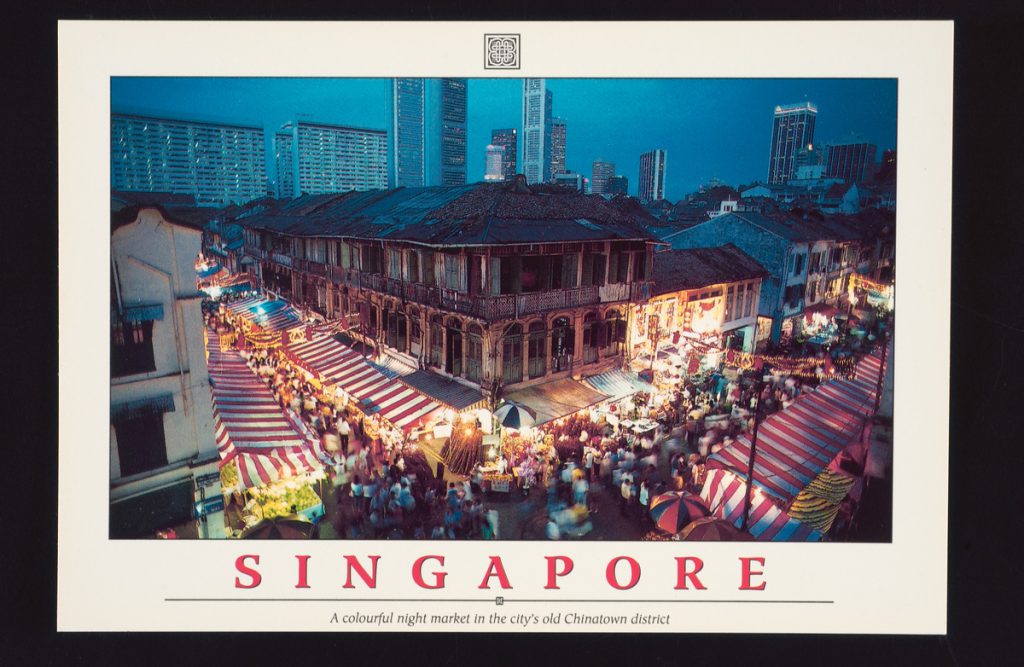 Observation: Looking at how the sky was blue while the lights on streets were already turned on in this image, I am very sure that this photograph was taken between 7pm-8pm. A wide focal length was used and at the shutter speed no more than 5 seconds as human traffic was captured with only moderately fast moving subjects are blurred. Definitely a mid-level shot.

Re-compose: This is the work I am most satisfied with among the three locations. Firstly because, I gave myself ample time on this site searching, marking and planning for the ‘re-create spot’ and ‘re-composition spot’. Secondly, I was blessed with good weather. Thirdly, this was quite a nerve-wracking experience for me as the angle I wanted to capture had left my camera in a very vulnerable situation. Lastly perhaps, I have placed special regards and priority to my ‘re-compose shot’ instead because I understood that the ‘special window of blue sky’ will be gone in just a few minutes and I might not have enough time switching between locations to improvise the photograph should I re-create the original first. 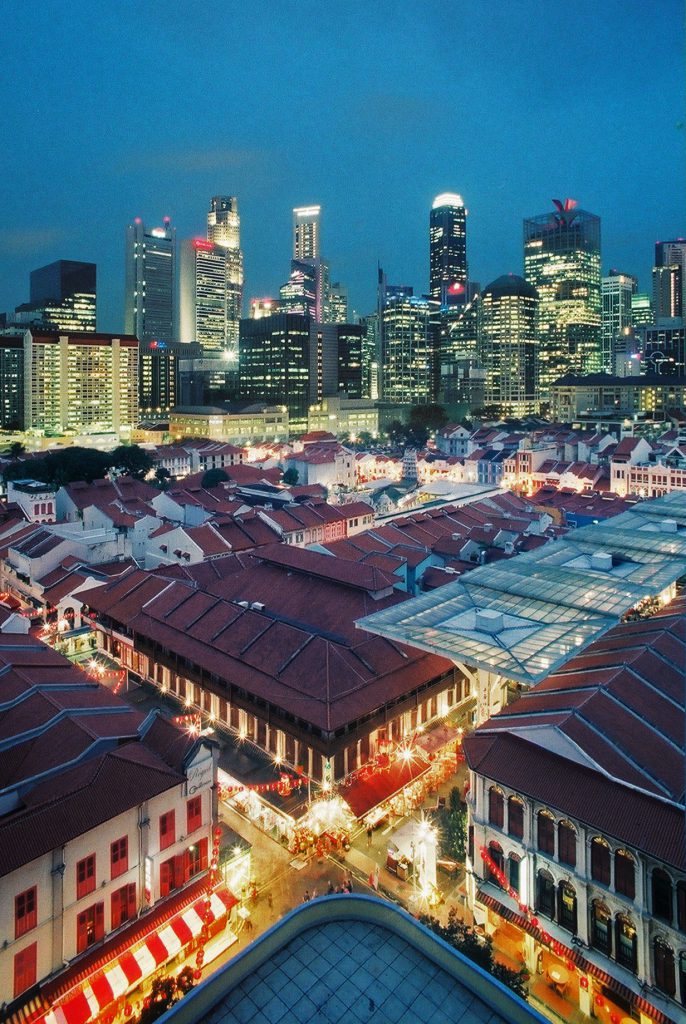 How the camera was set up, positioned on the ledge at 12 storeys high.

Re-shoot: And so I scurried to my ‘re-create spot’ once I made sure that I had my improvised image through the recordings in my handbook. Now, the heritage site got beautified so much for the tourists and what not. The taste and smell of the Chinatown has long gone together with the 90s especially ever since the Rent Control Act was lifted which caused many shop owners to move due to skyrocketing rent. 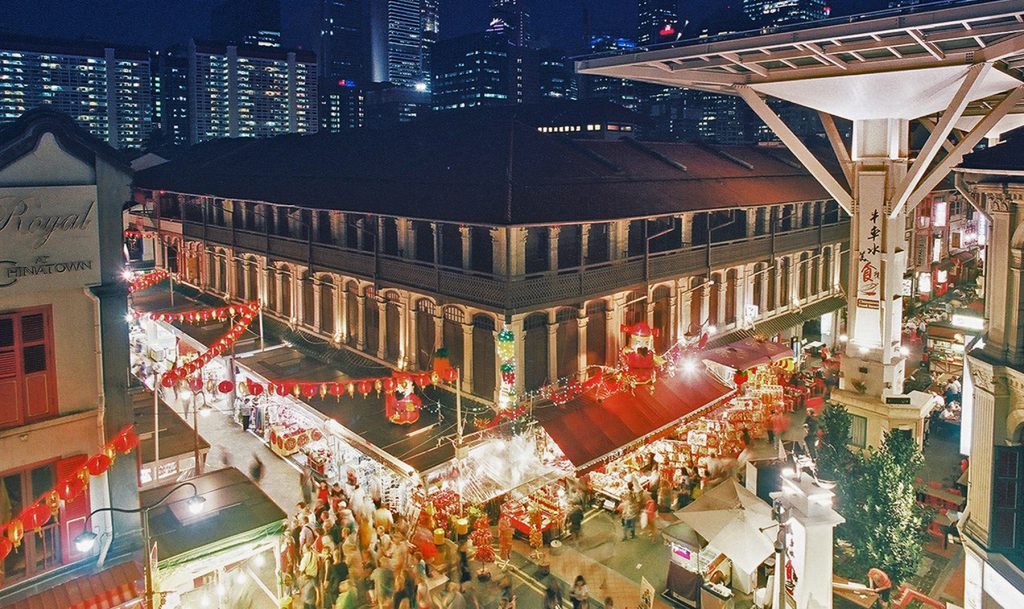 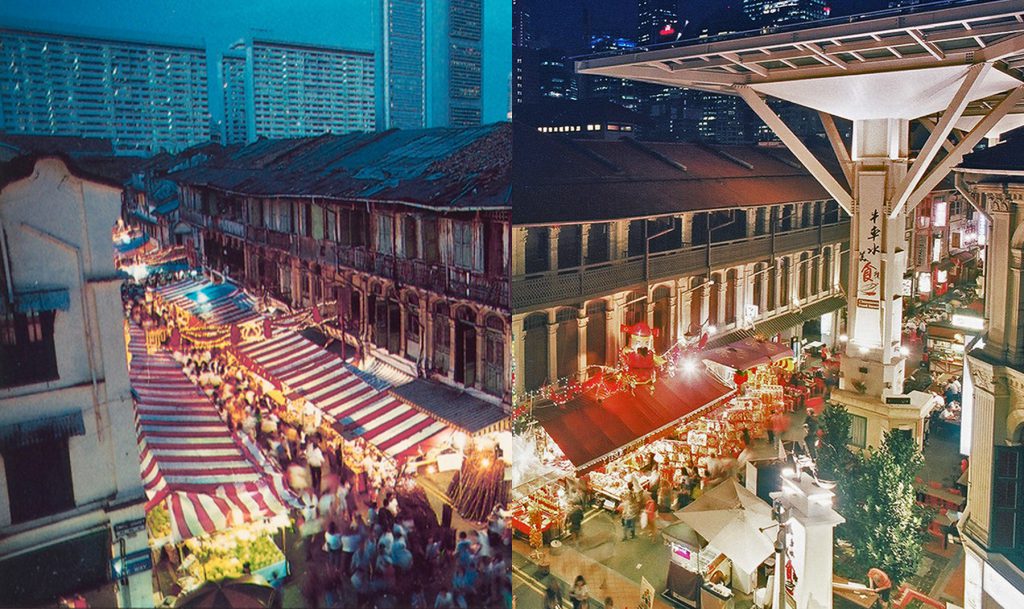 After all, this has been a refreshing assignment for me to take my mind off from my past projects and a good kickstart to my engine!

Lau Eng Seng 劉永成
Works are a prominent feature of the output, setting visuals often concerned with love, death and the language of art.