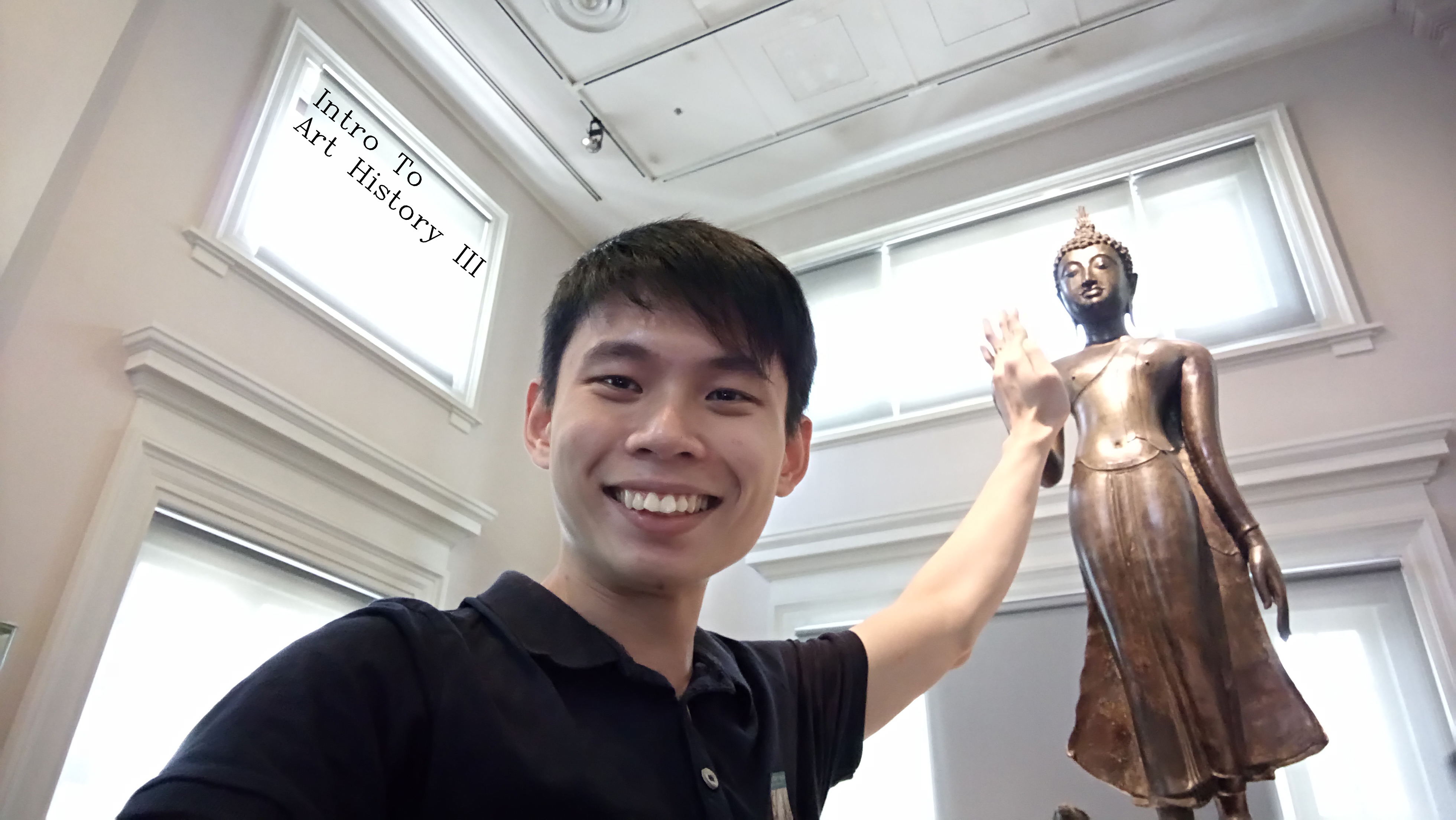 Hey there!
It’s a brand new study semester! Hope everyone is alive!
Today post for Intro to Art History III covers my exploration on an SEA artifact found in the Asian Civilisation Museum (ACM)!
Let’s get to the report!

The Walking Buddha – How often do you see Buddha walk?  ☸ 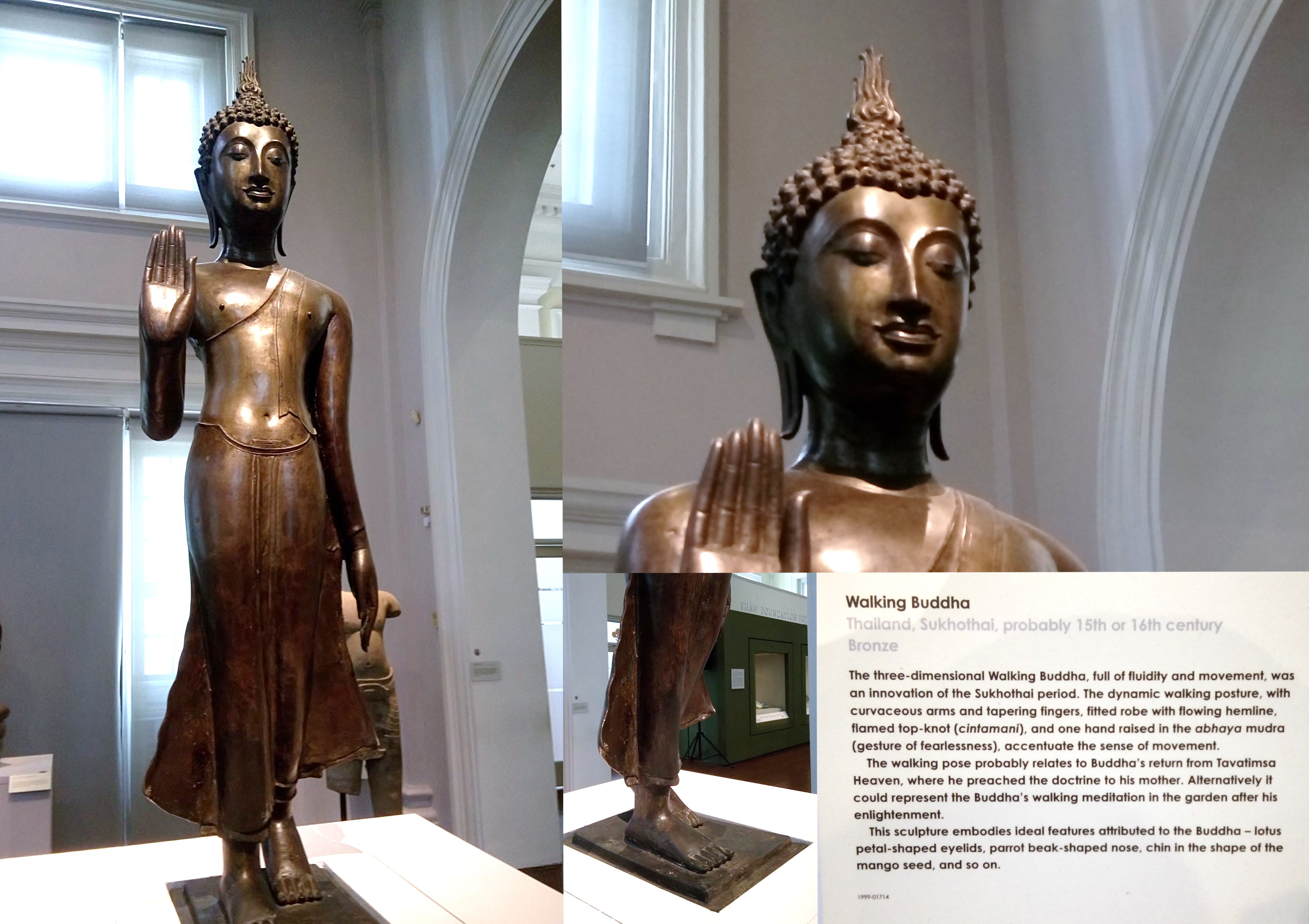 Artefact Name:
The Sukhothai Walking Buddha
Write up:
This Buddhist sculpture originated from the Sukhothai province, Thailand, during the 15th or 16th century. Named Walking Buddha, this sculpture performs a Varada mudra while creating a visual sense of movement which was demonstrated in the see-through robe and its dynamic walking posture in its feet. This sculpture is made out of bronze.

Unlike the other surrounding sculpture, this sculpture was placed on a stand above our eye level which showcases its importance. The figurative meaning of ‘Looking up’ to someone demonstrate a form a respect as exhibitor’s look up to the sculpture.

This sculpture depicts a human figure with distinguishing Buddhism iconography which suggests Buddha rather than a Bodhisattva. This can be understood from the Buddha’s Ushnisha (Top Knot), hair curls, half-opened eyes, the lack of jewelleries and the hand gestures. As infer from the hand gestures, the sculpture performs a Abhaya and a Bhumisparsha Mudra which symbolises the teachings of the Buddha.

The involvement of ‘Contrapposto’ creates the visual sense of movement in the sculpture. This can be understood from the standing posture as the weight was focused more on one foot, furthermore, the sculpture left feet is slightly lifted off the surface which visually explains the ‘walking’ movement.

This sculpture may be made using the lost-wax process and the use of Bronze speaks for its value. Given the hierarchy of value based on the material used, creating a sculpture of bronze is tedious and financially heavy thus this sculpture would probably be use on important religious site such as a stupa or temple. 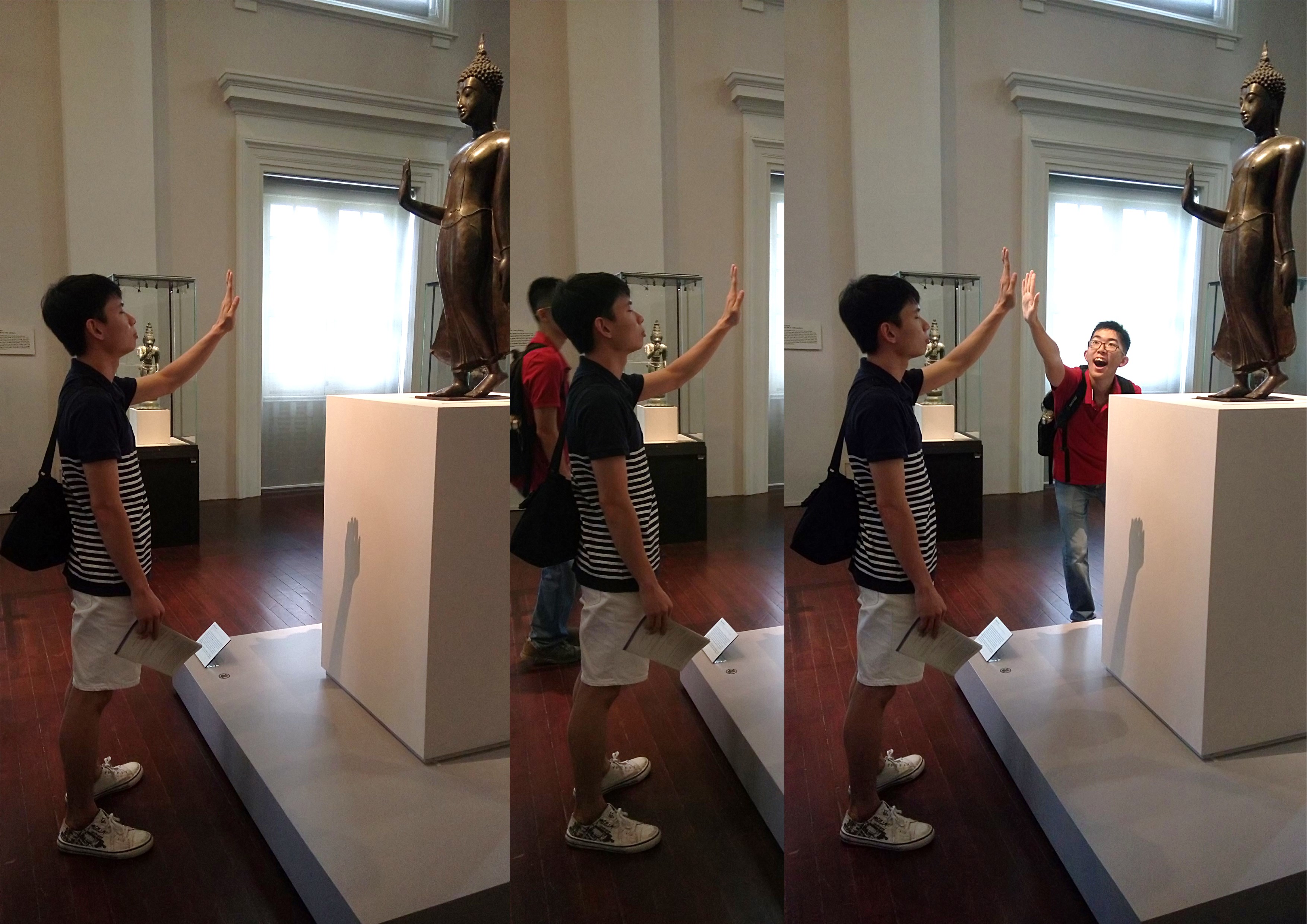 Reaching out to the ‘Walking Buddha’ 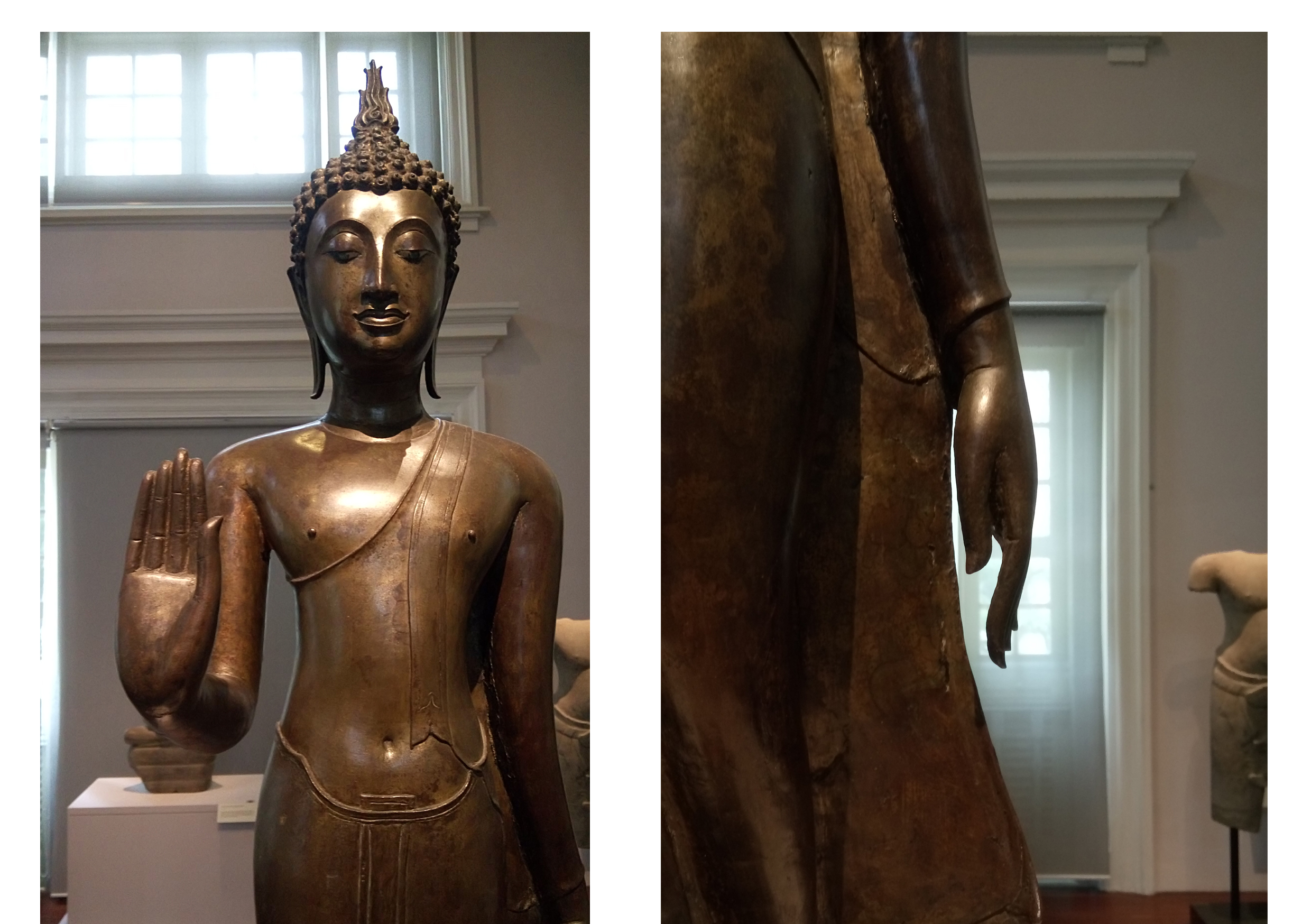 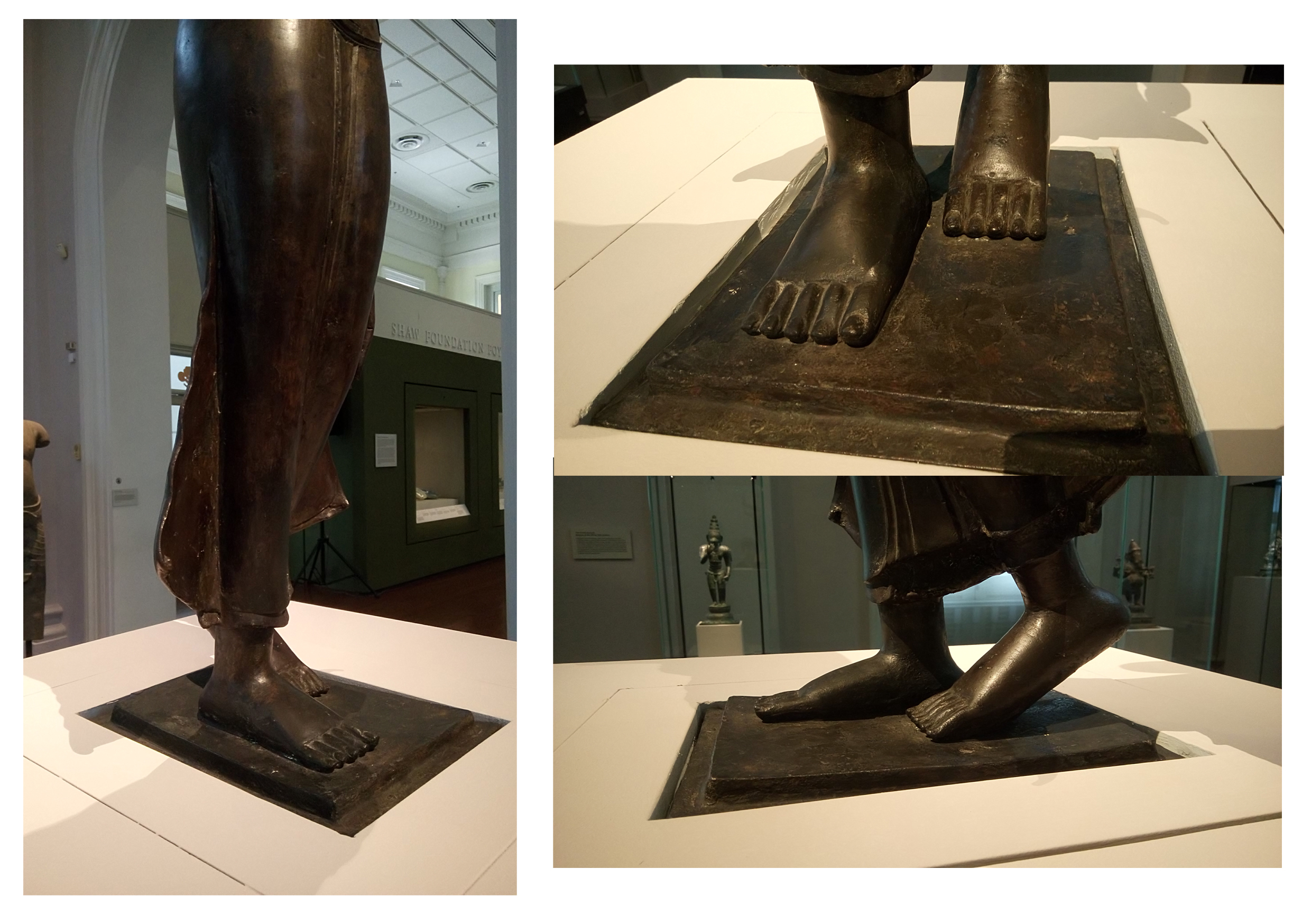 The other exhibitions going on – 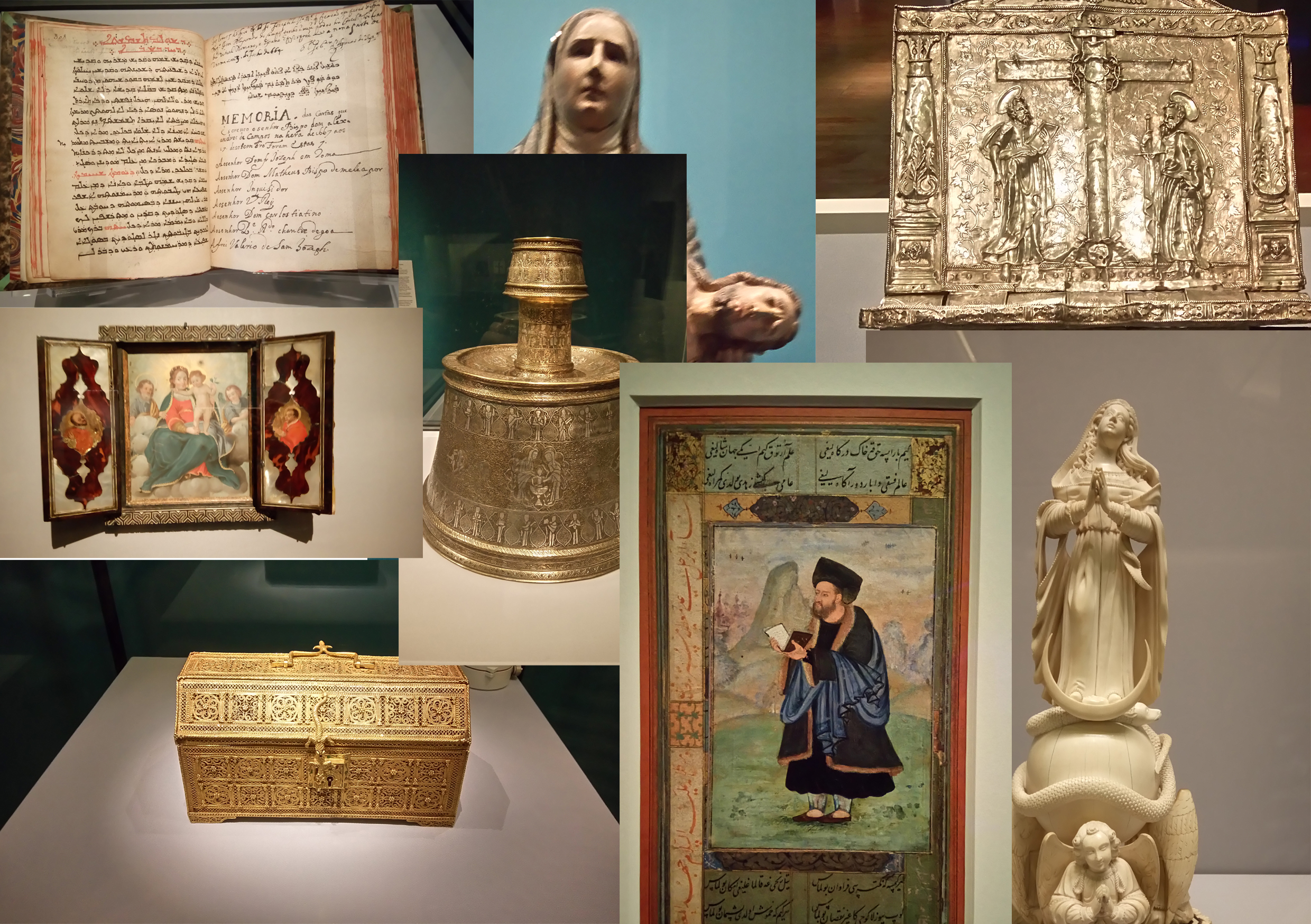 What caught me by surprise was the material used to make the artefacts.
I didn’t take any photos on the artefacts because it look rather creepy to me.
It seems like ‘Marble’?
There was this particular doll of Christ the child, I dont know why but the red and blue lines looks like veins and arteries..
Ewwwwww~~~~

Anyway, good find!
Hope the ADM Juniors will benefit more on this ongoing exhibition.
It will help in Art History 1.
All the best! 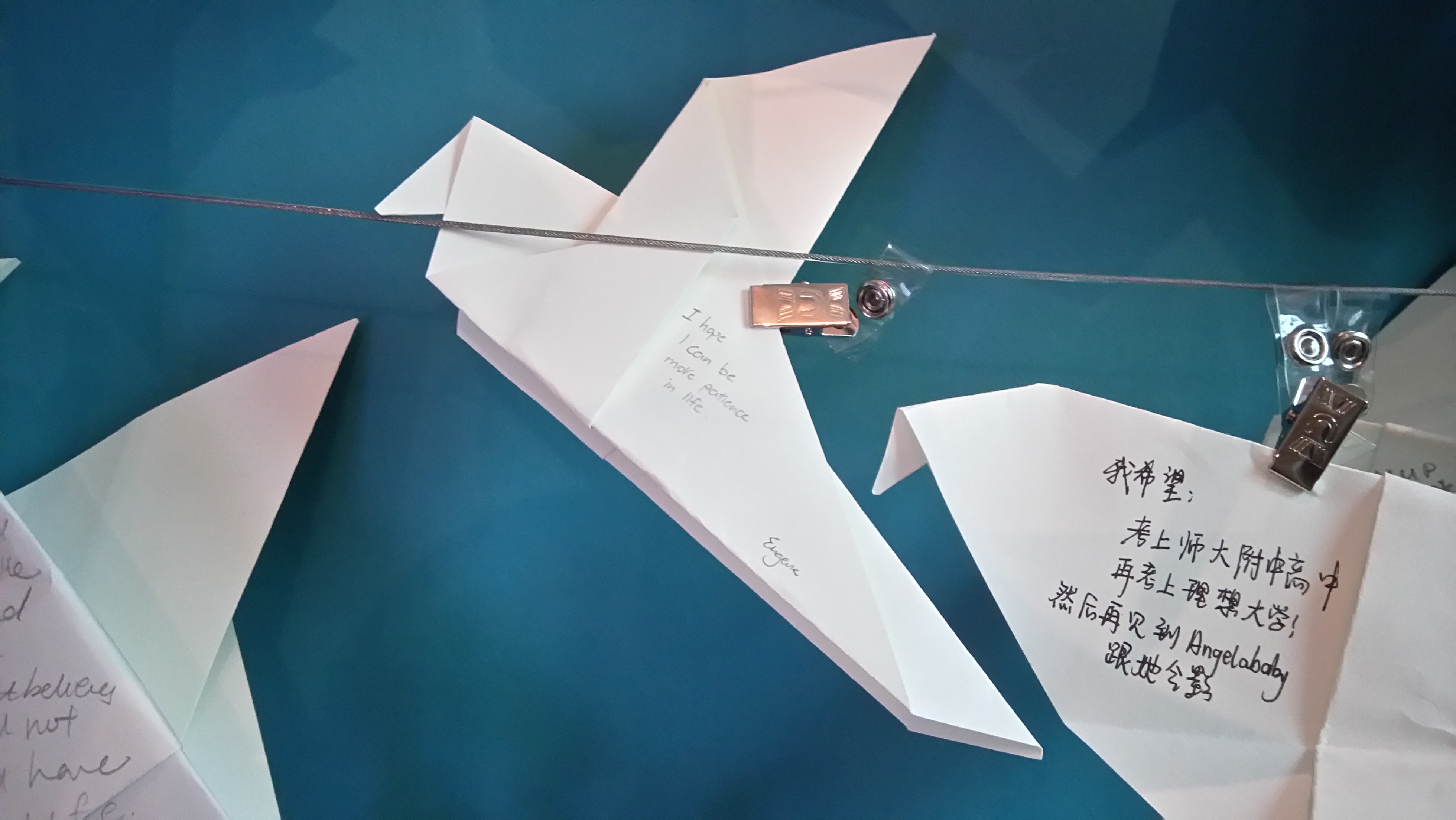