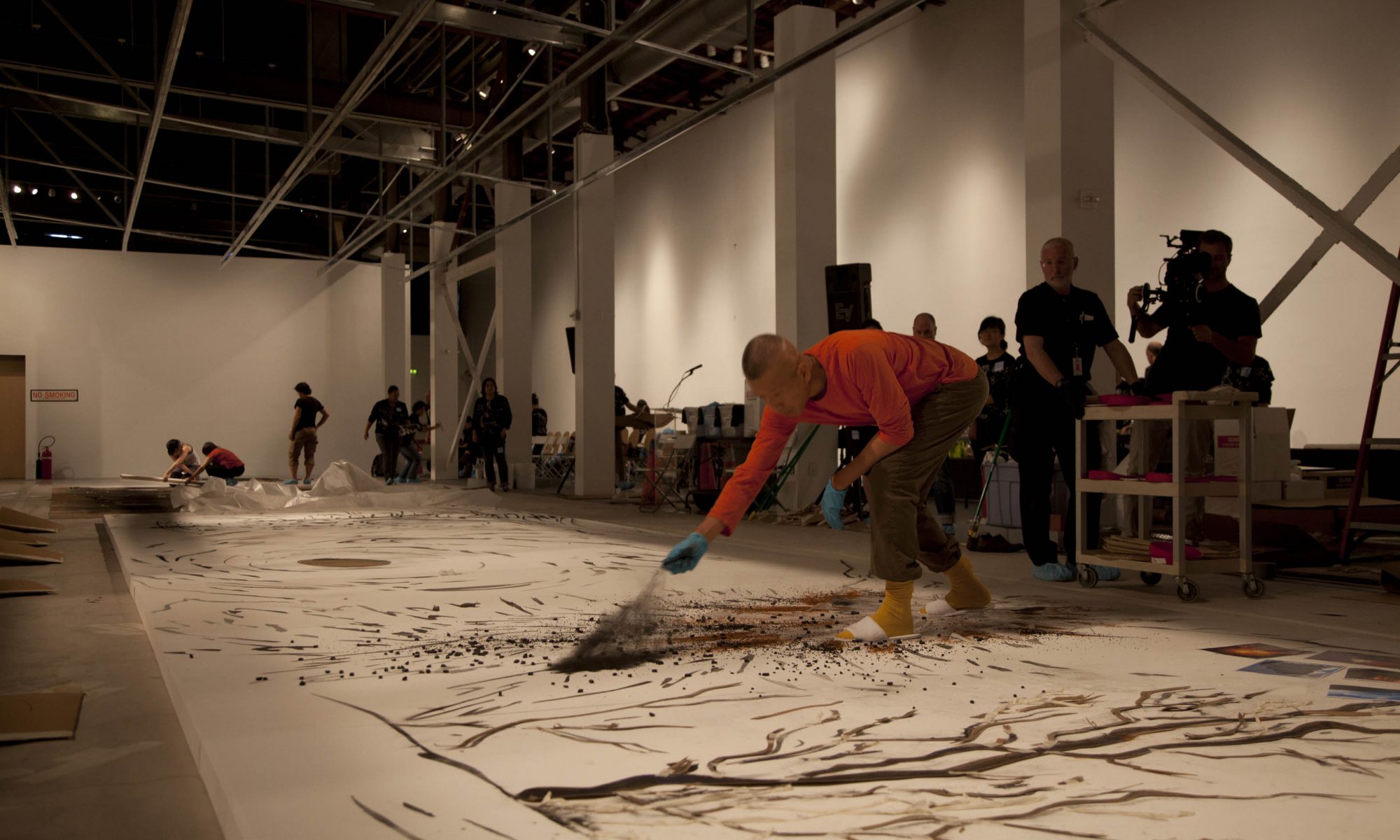 In relation to Project 1 – My Line is Emo, we were tasked to research on various artist that would provide us with details on mark-making and the various techniques that we could go about applying in our project.

After much research, I have gained a better understanding of what mark-making is actually about, and would like to share my findings.

Mark-making is a term used to describe the different lines, patterns and textures used in a piece of art. Essentially, a mark is created when a brush makes a stroke on a canvas or a pencil makes a line on a paper.

Marks aren’t used just to form the pictures that artists create, but they play an important role in being descriptive, expressive and conceptual to the work itself

Relevant artist that incorporates mark-making into their art.

Known for using gunpowder as his prime medium, Cai Guo Qiang is a Chinese pyrotechnical artist born in 1957, Quanzhou. Cai grew up in a setting where explosions were the norm, regardless if the explosions were results of cannon blast or celebratory fireworks.

Having witnessed the social effects of cultural revolution first-hand, it spurred Cai to channel his experiences and memories through his numerous gunpowder drawings, conveying his central idea of ‘mediating natural energy forces to create works that connects both the artist and the viewer with the primordial state of chaos, contained in the moment of the explosion’.

I wanted to investigate both the destructive and the constructive nature of gunpowder, and to look at how destruction can create something as well.

A combination of his background of alchemy & Taoism, together with his knowledge of gunpowder and physics.

By incorporating his ancient philosophies into his creation, Cai would sketch out the shape of the subject matter on the sheets laid on the floor and fill in the shape with black ink to form the stencils. With the stencils in place, Cai would instinctively scatter the gunpowder on and proceed to rice paper and cardboard onto the drawing. This would limit the amount of oxygen that the gunpowder is exposed to, thus causing it to scourge but not burn the drawing.

Inserted in the above, is the link to a video that documents Cai’s gunpowder drawing process (starting 19:00).

Here are some of Cai’s creation using gunpowder as his medium:

In the above, is Cai’s installation ‘Unmanned Nature’ (2008), a forty-metre long and high gunpowder drawing, showcased in Manchester.

In the above, is Cai’s installation ‘Art Island’ (2015), at Echigo-Tsumari Satoyama Museum of Contemporary Art, Kinare.

To infuse one’s belief and incorporate modern physics into an art piece that speaks volume about philosophies, is something that I really admire and respect Cai Guo Qiang for.

However, what really got me was his answer during his interview with ART21. He was asked about his methodology and he gave an analogy – movement cultivates vitality. ‘This is the idea of living within the chaos of time and space. Maybe not everything has to be resolved with a finite answer. Rather, sometimes you can allow uncertainties to exist within the same space and situation’. Living by his own ideologies and perspective, Cai impressed me with his incorporation skills to create well-received art pieces that conveyed meaning without compromising  his own set of principles.