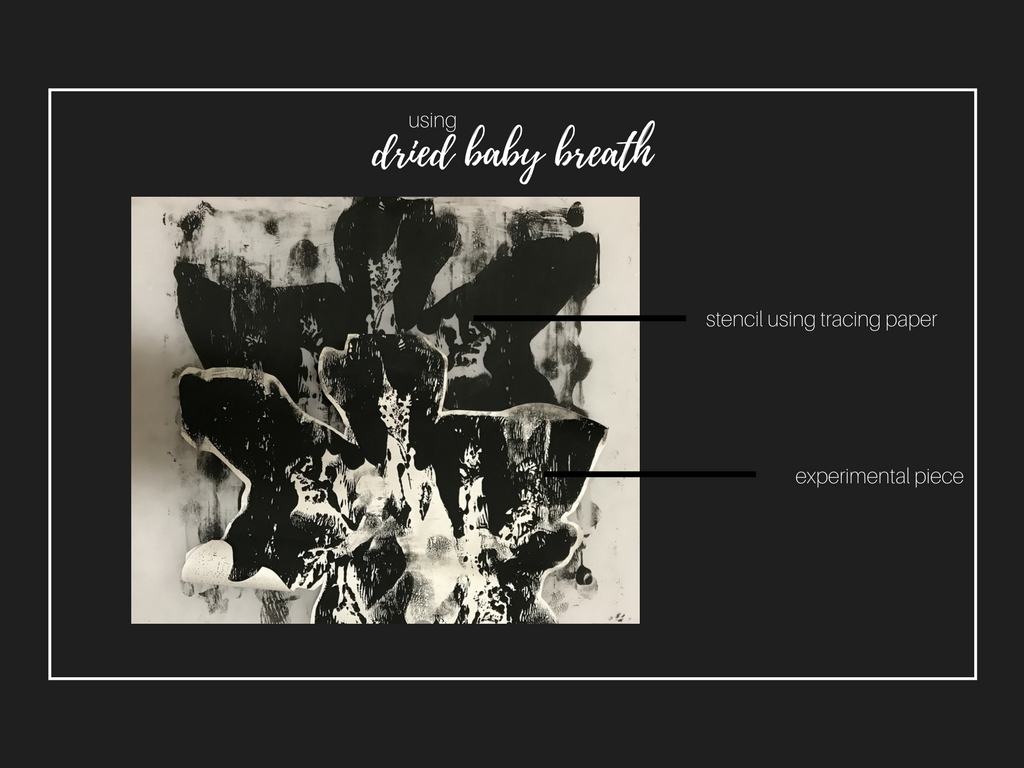 Moving into the second week of Project 1 – My Line is Emo, we were given the chance to experiment the different techniques using materials that were brought from home.

Before that, we were given a snapshot of Modern Art for further knowledge and reference during the first half of the lesson.

Essentially, Art Nouvea refers to ‘New Art’ in french. It is an ornamental style of art that flourished between 1890 and 1910 throughout Europe and the United States.

Desire to abandon the historical styles & establish the movement’s modernism.

Moving onto the second half of the lesson, we got started on our mark-making pieces. Inserted in the below are some of the more successful pieces. 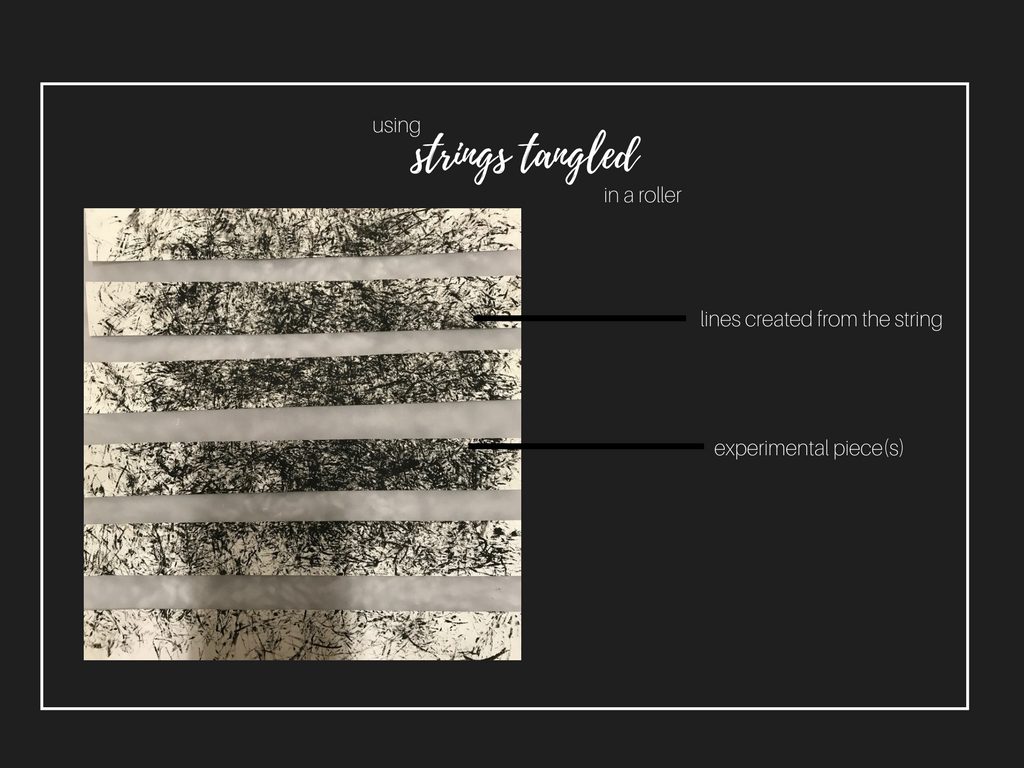 Ideology | Using a string, I wanted to portray the emotion – Fear. Fear itself, is an unpleasant emotion caused by the threat of danger, fear and/or harm. Representatively, fear is where our emotions are tangled into one big ball of mess.

Methodology | In this case, I have chosen a ball of yarn as the representative tool to portray the emotion – Fear.

How I went about using the yarn, was to: 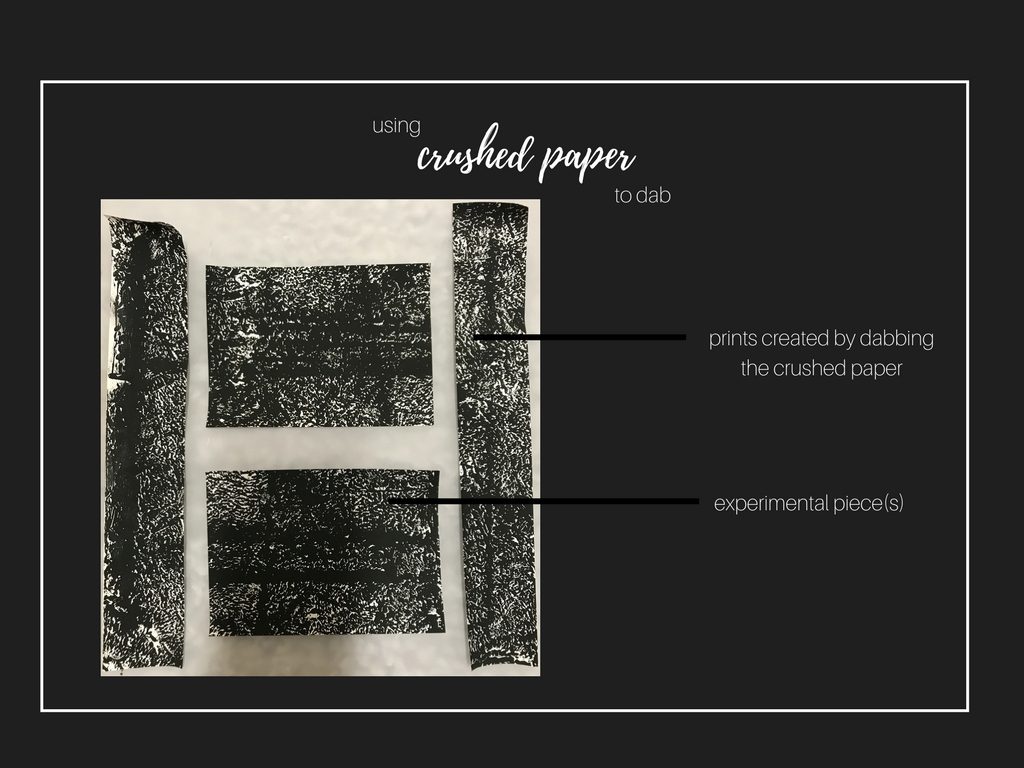 Ideology | Using a crushed paper, I wanted to portray the emotion – Anger. Anger itself, is a strong feeling of annoyance, displeasure and hostility.

Methodology | In this case, I have chosen to use a crushed paper as a representation of how when one is angry, they would have a strong tendency to destroy or crush something.

How I went about using the crushed paper, was to: 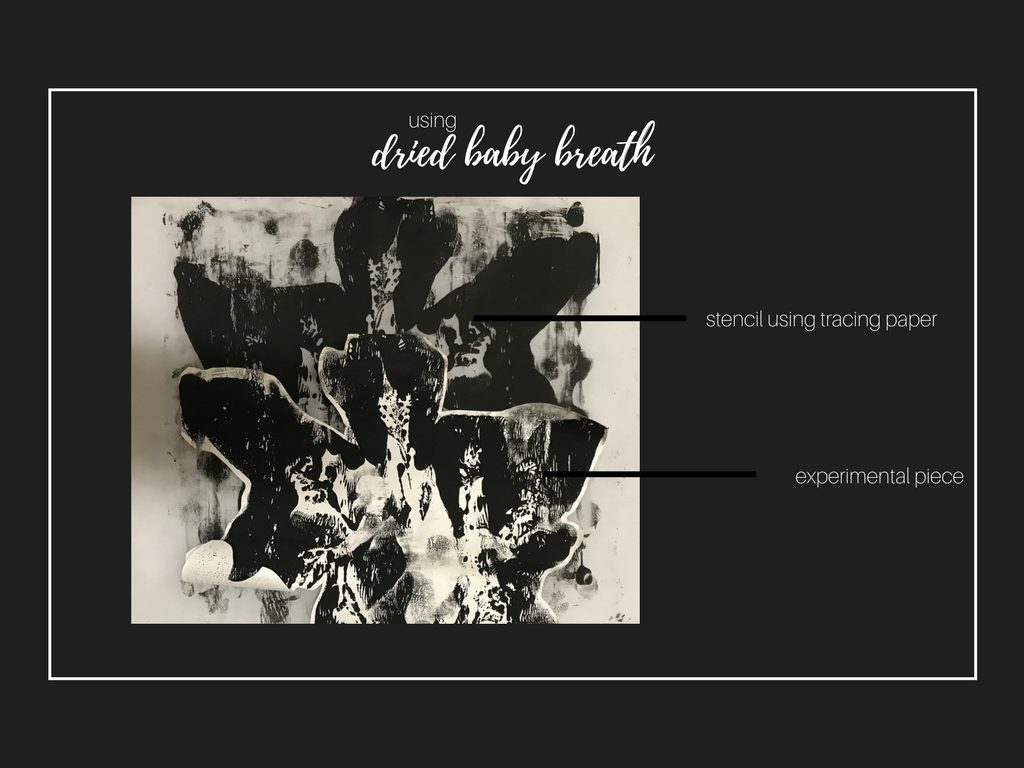 Ideology | Using the dried baby breaths, I wanted to portray the emotion – Love. Love itself, resembles a flower that’s blossoming.

Methodology | In this case, I chose to use dried baby breaths as the representative tool to portray the emotion – Love.

How I went about using the baby breath, was to: 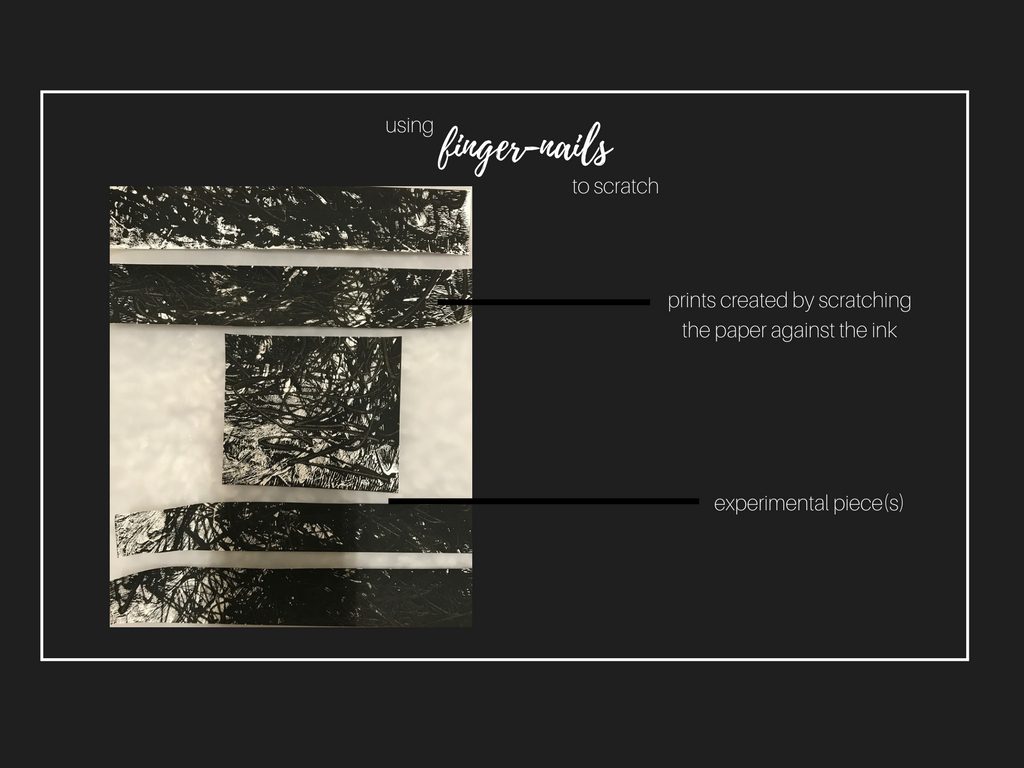 Ideology | Using my finger-nails to scratch the paper, I wanted to portray the emotion – fear. Fear itself, normally leads to one feeling stressed out hence, the scratch marks.

Methodology | In this case, I chose to use my finger nails as the representative tool to portray the emotion – Fear.

How I went about using my fingernail, was to:

That concludes process of the more successful pieces and hopefully, I’ll be able to conceptualise and create better pieces in the coming week.