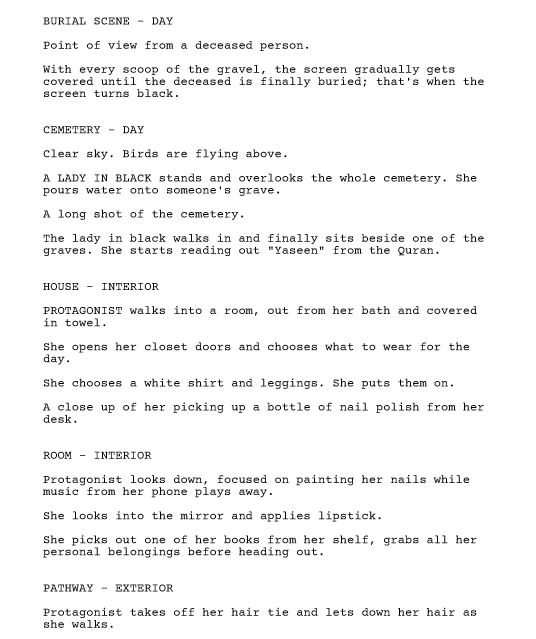 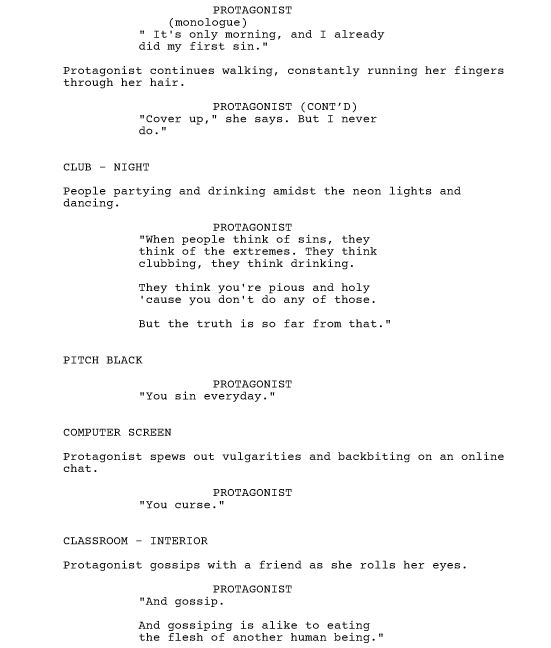 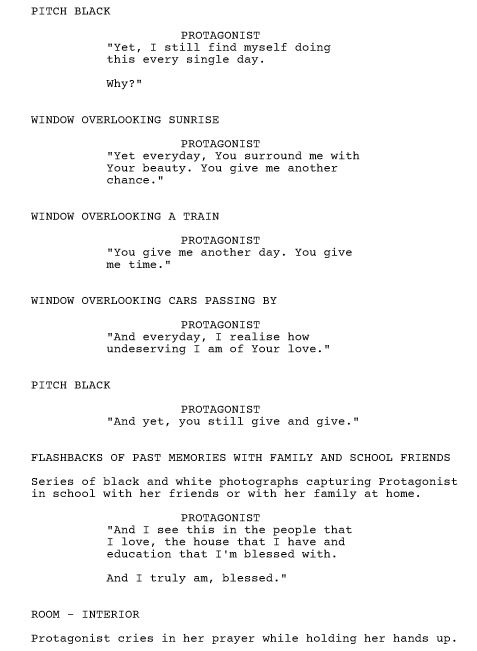 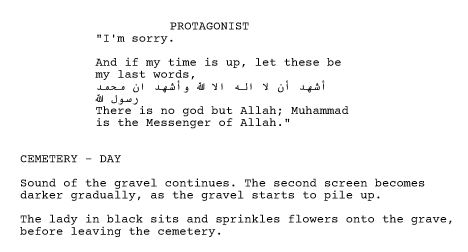 Arinah and I visited the Muslim Cemetery at Jalan Bahar to start filming the cemetery scenes for our main screen! 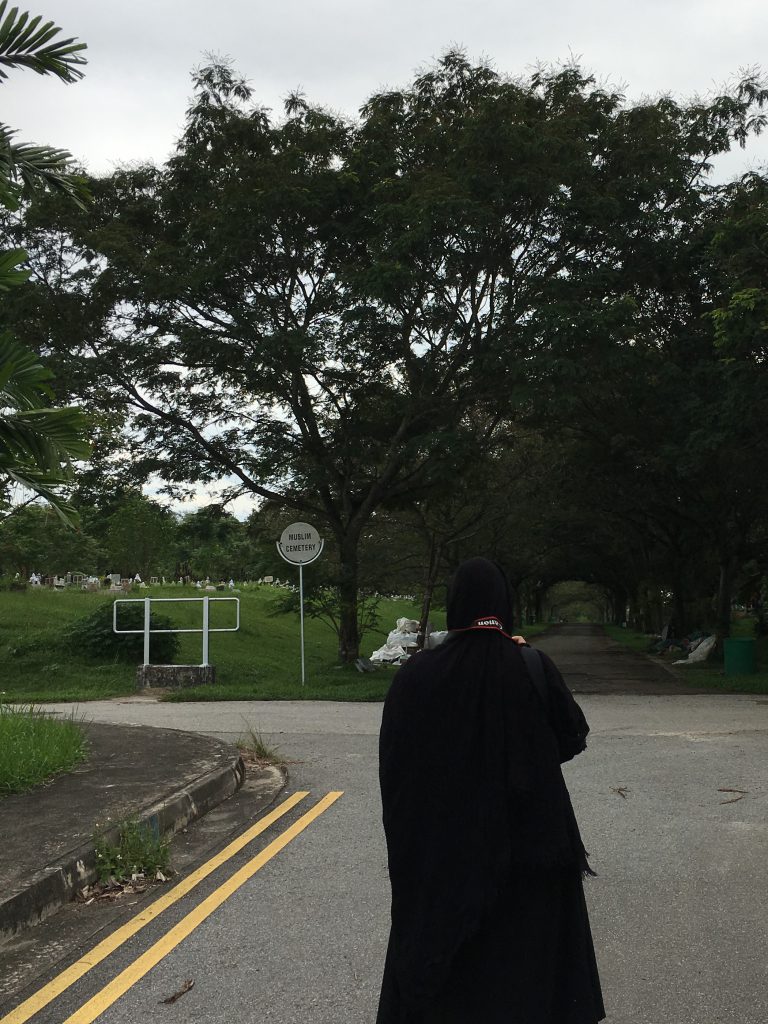 We also wanted to film in such a way that the camera is viewed from a deceased person’s point of view, and we would throw in gravel from that elevated point (to reenact a burial). And with every scoop of the gravel that we throw in, it fills up and covers the camera’s view. This can be seen in the tryout below.

However, after consulting Ms Ruyi, we realised that it didnt look convincing. Hence, to overcome that problem, she suggested that we layer an acrylic board on top of the camera and throw in the gravel on the acrylic board.

We decided to try that out soon! 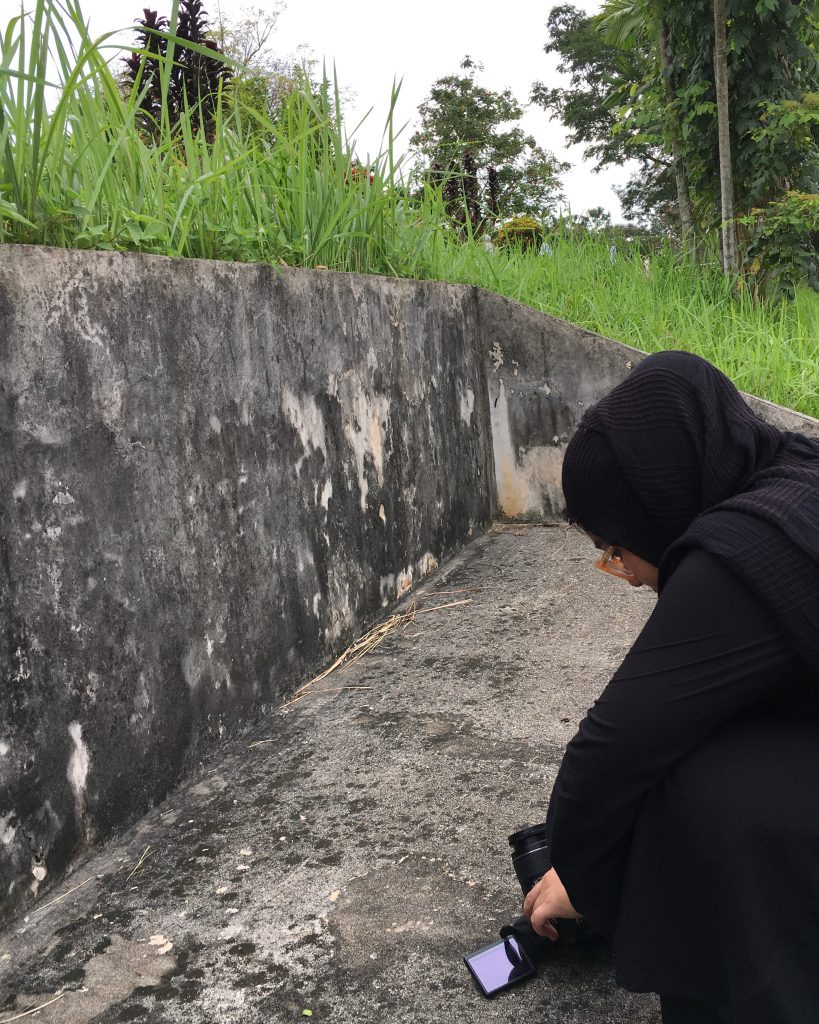 The next 3 days were spent filming in Arinah’s house. We filmed the scenes where the Protagonist was at home, getting ready to go out. In addition, we also filmed the part where she was walking outside.

The filming was spread over 3 days because we realised that some of the shots could be taken in a better way/angle. Although tiring, watching the improved clips with the better lighting and angle was worth it.

At the same time, we were also filming the “burial scene” at the grass area near Arinah’s block. The set-up can be seen below! 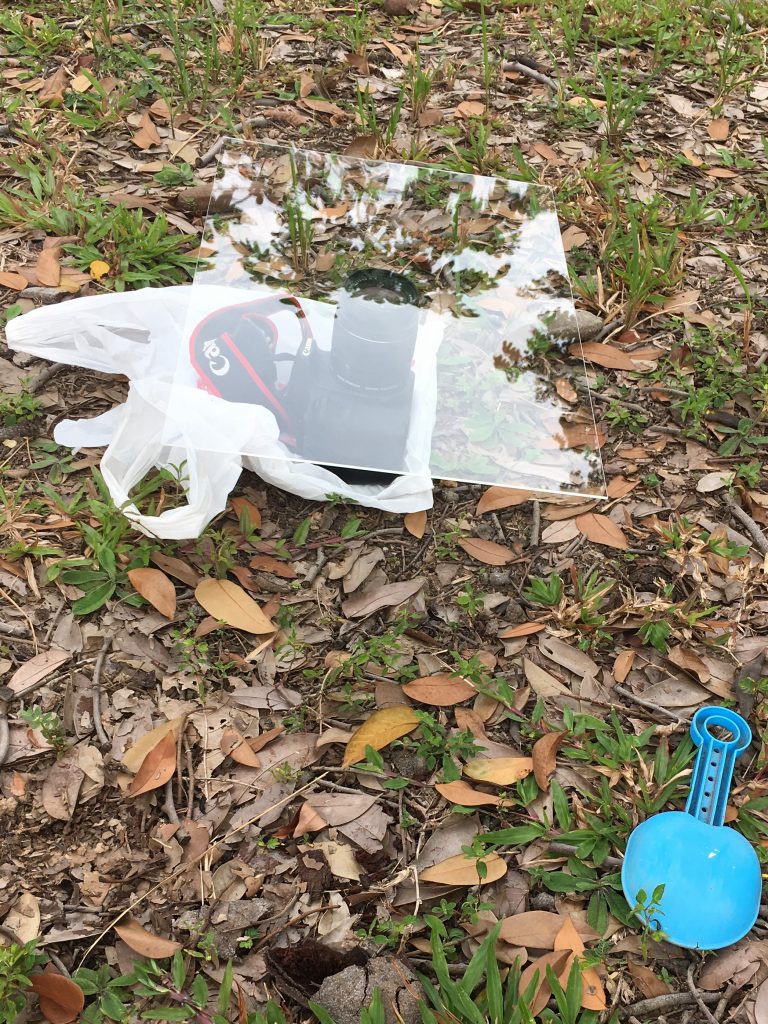 We were also situated such that there were no buildings in sight but a single tree should be included in the shot, to give off the grave atmosphere. 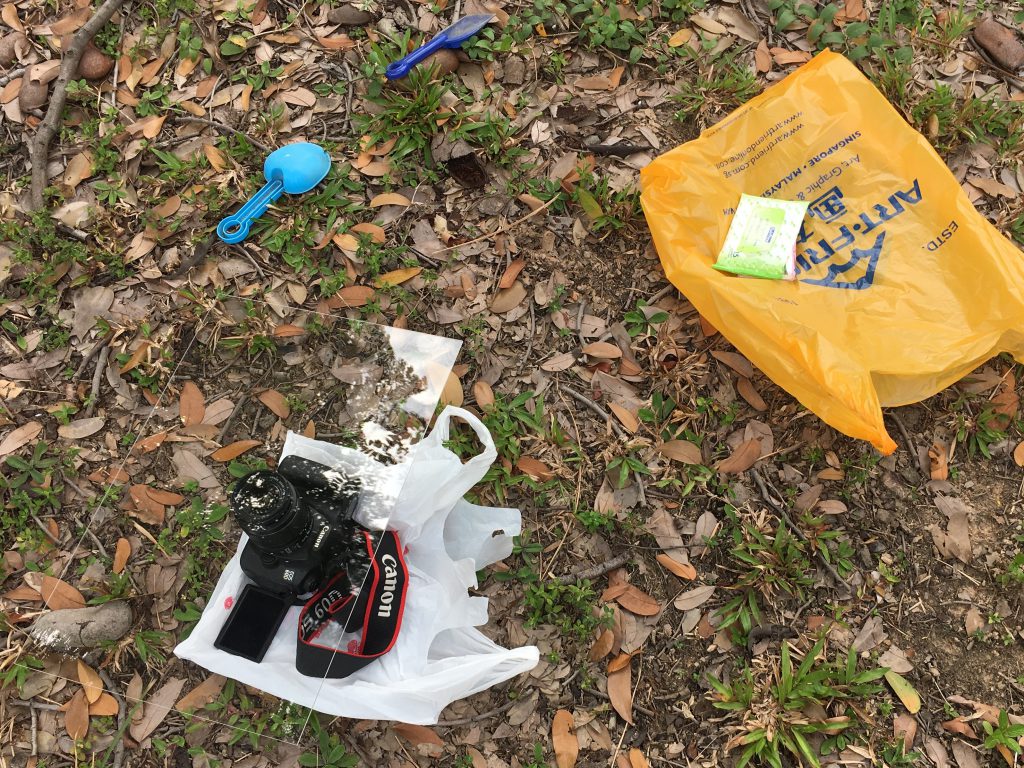 Digging of soil for us to throw onto the acrylic board/lens. 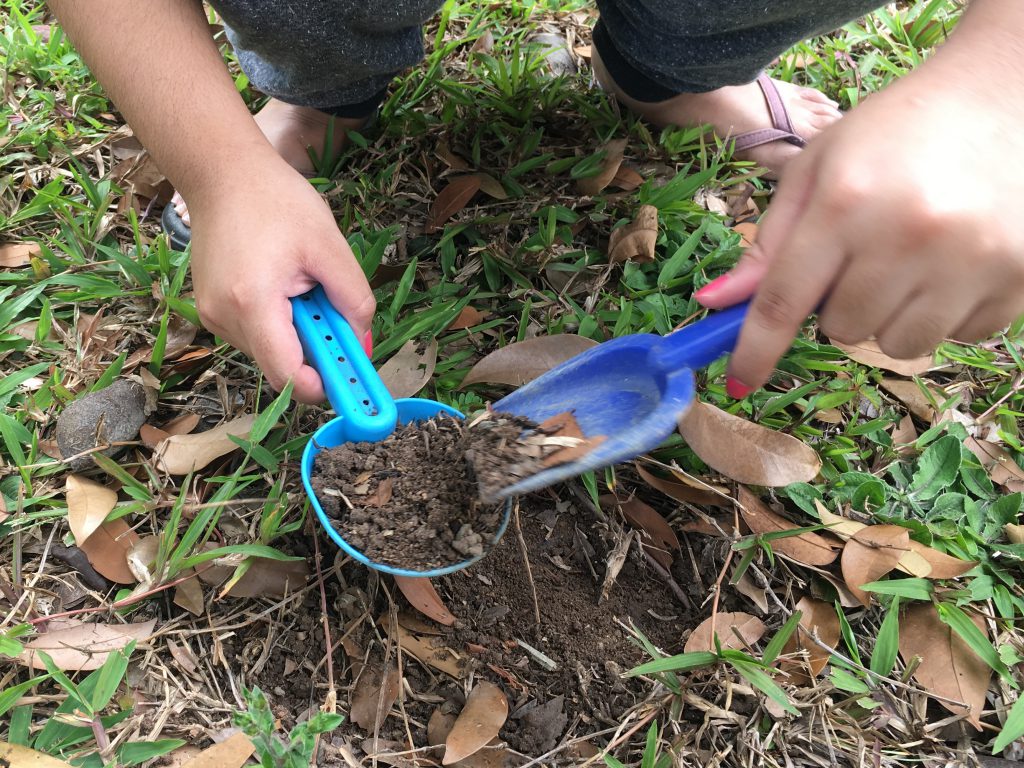 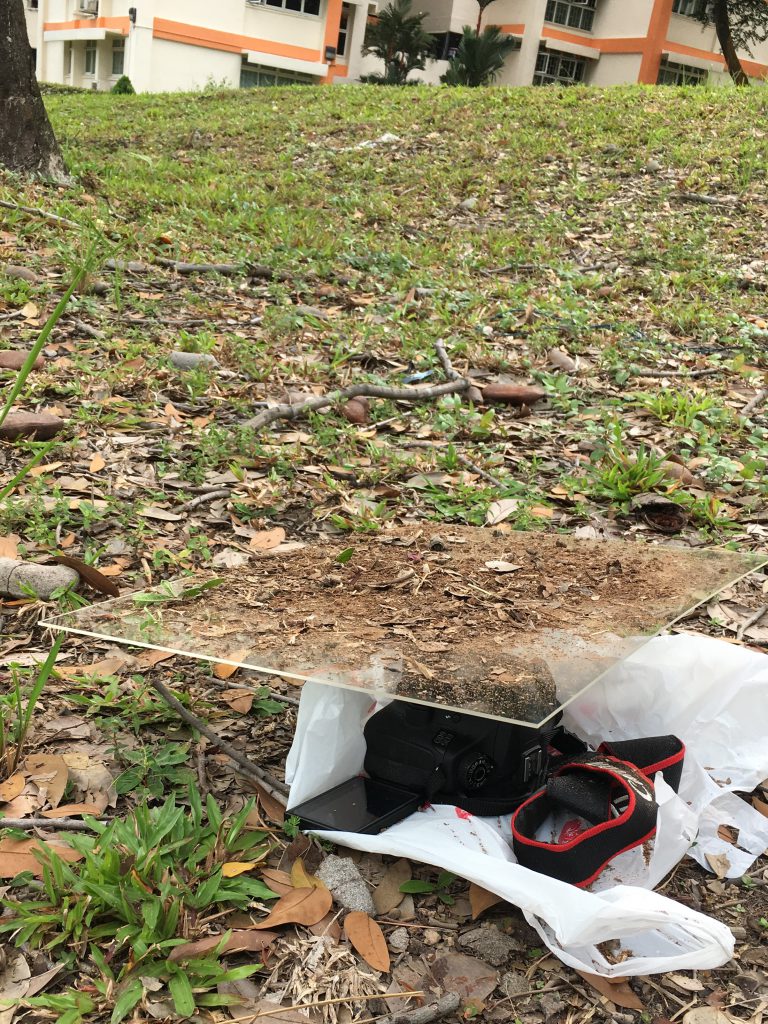 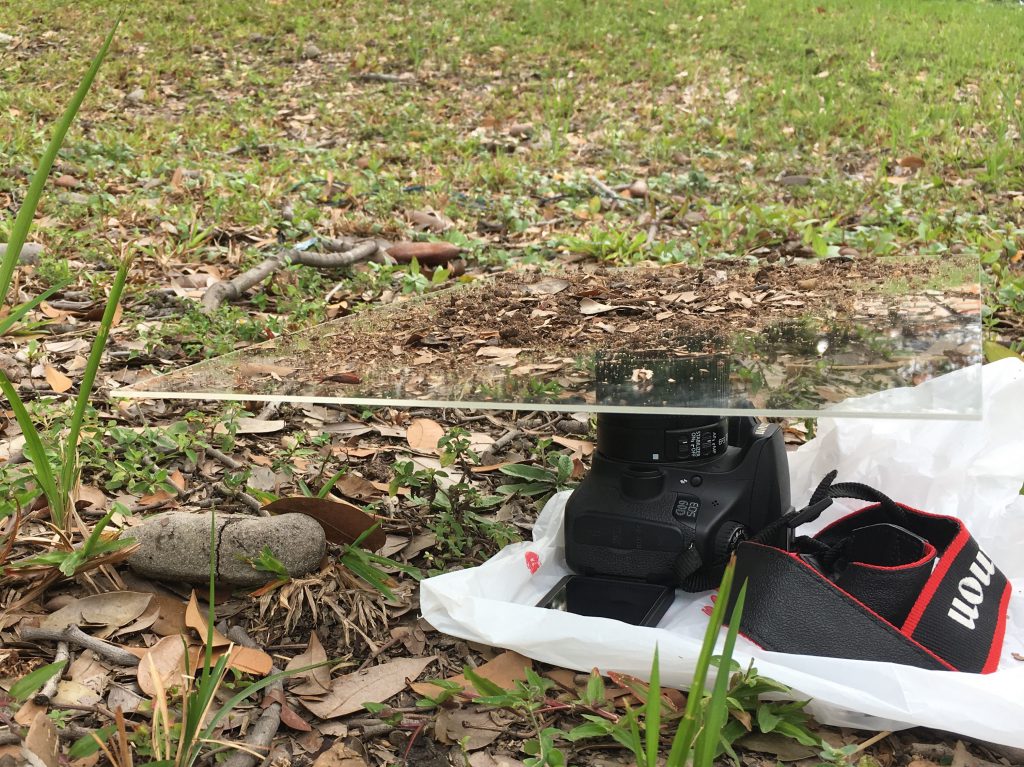 We were doing all of these next to a road filled with cars and passerbys, so there was so much laughter even though it was super tiring! Hahaha 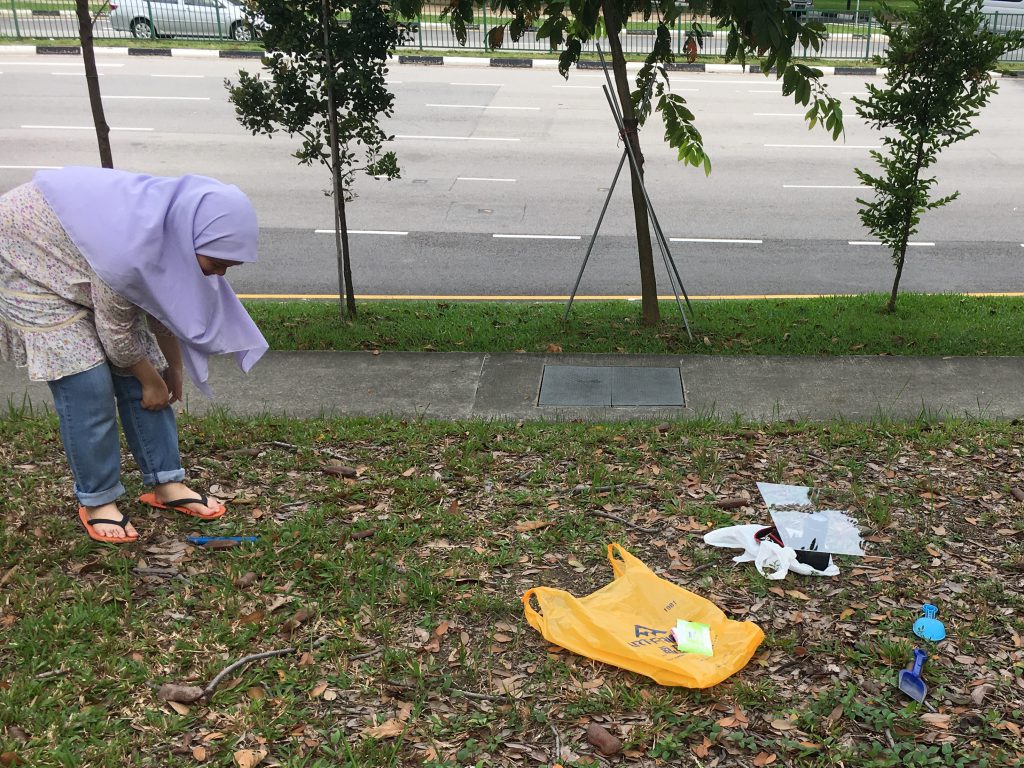 On Sunday, we went to school to meet up with one of our classmates, Clarita! She was kind enough to help us act in one the scenes. We recorded the gossiping scene with her. Credits to Clarita for helping us out!

We had to do a last minute refilming because we found out that the burial scenes with done with the gravel/acrylic board was either too short or too long. We wanted it to be exactly about 4 mins such that it matches the length of our video too.

This time, we were more strategic as we brought along a mat, umbrella and more plastic bags so that the filming of the “burial scene” wasn’t as exhausting as before. 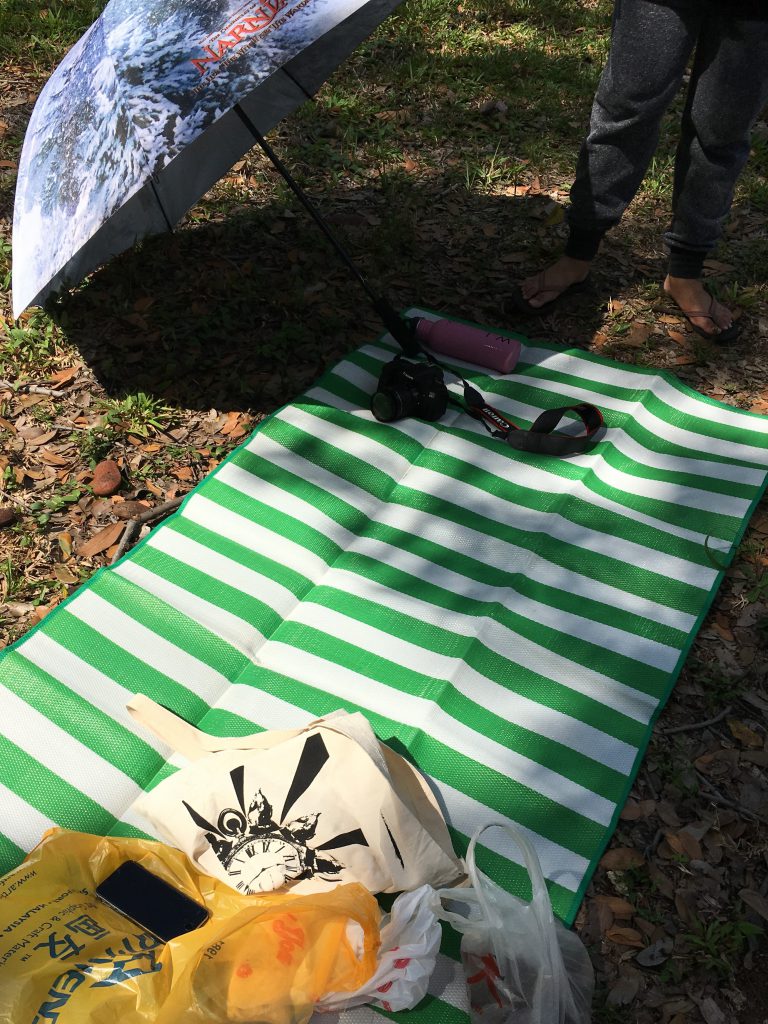 This secondary screen will be projected on the ceiling. It will show the burial scene where we made use of the acrylic board and throwing in of gravel. 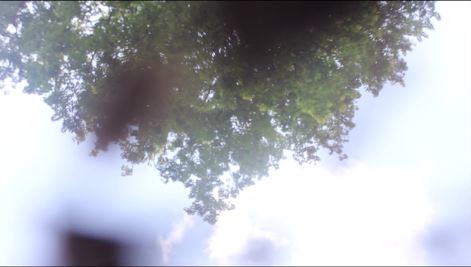 To apply what we have learnt in this semester, we decided to incorporate the element of non-linear storytelling.

So firstly, we decided not to start the film showing the Protagonist, but instead, show hints of the lady in black in a cemetery to kind of subtly establish the theme of our video first.

Next, we would then reveal the Protagonist as she get herself ready before going out.

After that, we decided to move away from that part of the story and slowly moving into her own monologue where she recalls her life back, something like a flashback.

Flashbacks of her past sins:

And then finally, her monologue would finally reveal her realisatiion state where she realises hwo much she’s still blessed with despite all that she has done.

It would then transition to her in her prayers, where she asks for His forgiveness and recites the Shahada. The Shahada when translated from Arabic means: “There is no god but Allah and Muhammad is the prophet of Allah.” This Shahada is essential for Muslims as declaring the Syahada is one of the fundamental beliefs that makes one a Muslim. Therefore, the Protagonist says the Shahada as her last few words before she passes away as her final attempt to reconcile with her past sins and face God in the next world as a believer,  with the declaration of the Shahada.

As mentioned in our Proposal, we decided to make use of the Cinema Room in the library because the size of the room is relatively small and it is very dark as well, conditions that are similar to a grave. We also laid out white cloth, specifically a white one as that is the colour that Muslims use to wrap the decased body before burial. We also sprinkled flowers onto the white cloth, to further bring out the conditions in a grave. 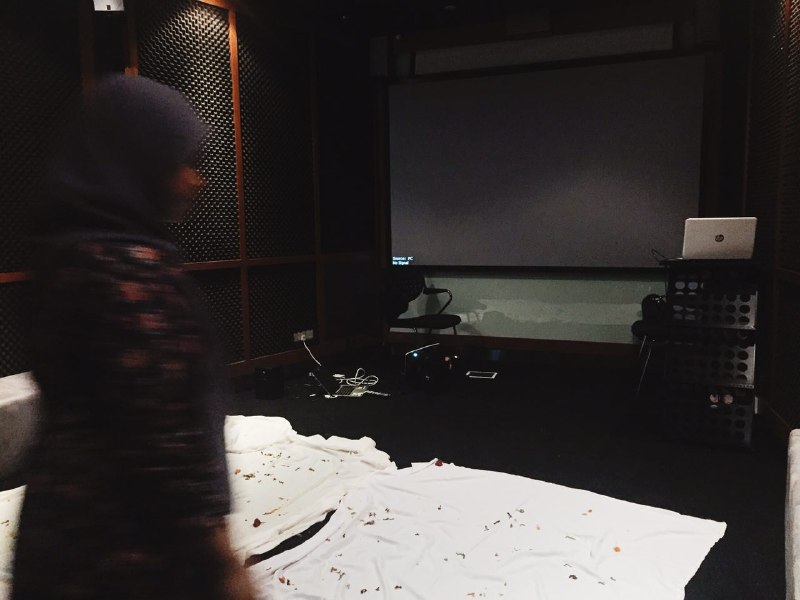 The projection of the burial scene on the ceiling was also tilted in a specific way such that is facing the Qiblat. The Qiblat faces the direction of the Muslim’s holy land, Mecca. It is compulsory for the body of the deceased to be positioned facing the Qiblat, when buried into the grave. 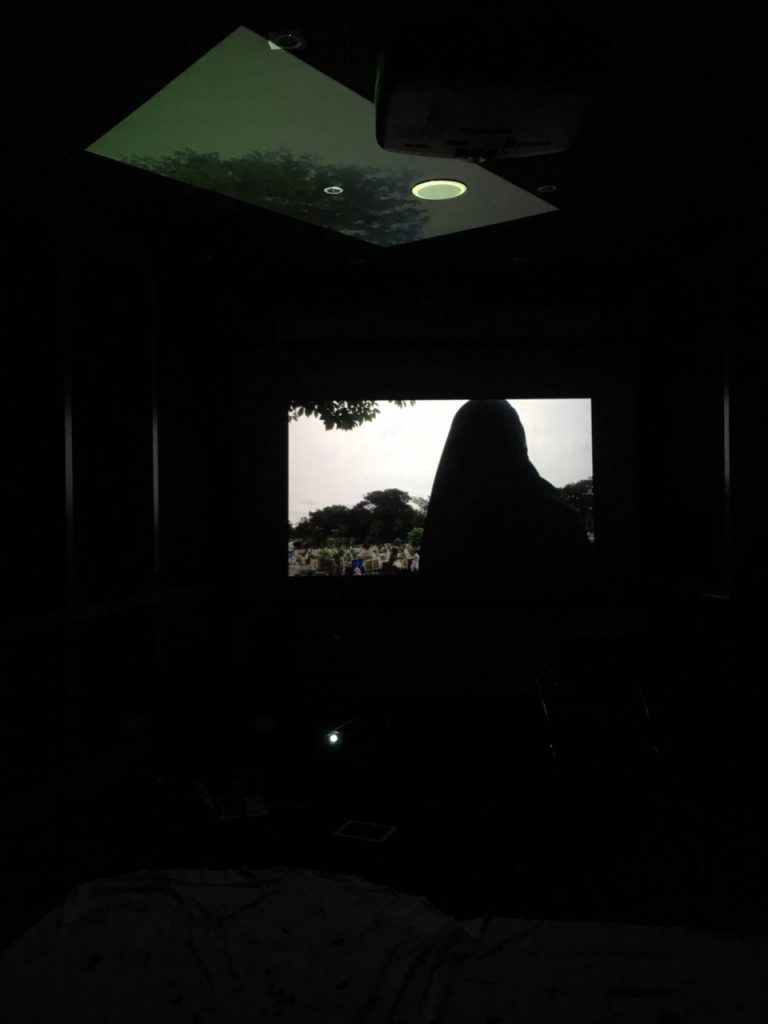 The ceiling of the library room was also just nice as it is not too high unlike the other rooms in adm. Therefore, the projection for the secondary screen was thankfully clear due to the low ceiling like we planned! 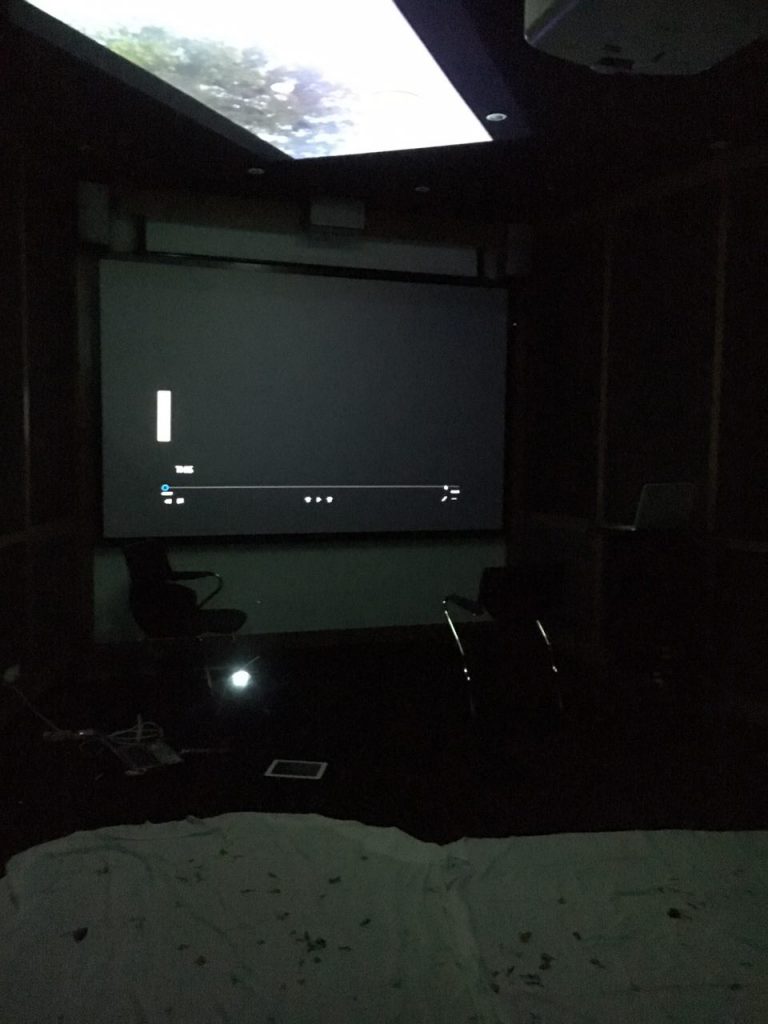 Video of us setting up the installation!

Documentation of the installation!

I’m really happy that I get to work with Arinah, she was not only so patient but her passion for filming and this assignment (and her humour hahaha) also gave me the motivation to execute this installation.

As our theme tackles the theme of religion, it is something very personal to the two of us. It is centred around something that we feel everyday. We often find ourselves astray, slowly deviating away from God despite all the things He has provided us. This installation acts as a film that documents our realisation of God’s unconditional love despite all of our sins, be it big or small.

I’ve also learnt new techniques that could be handy in the future! Such as using the acrylic board as surface to throw our gravel onto, effectiveness of non-linear storytelling where the ambiguity causes audience to question more and therefore, engage more.

And of course, seeing the whole installation come to life such as the footages, the projection, the setting, was really heartwarming and it’s really rewarding to witness your efforts materializing before your eyes! 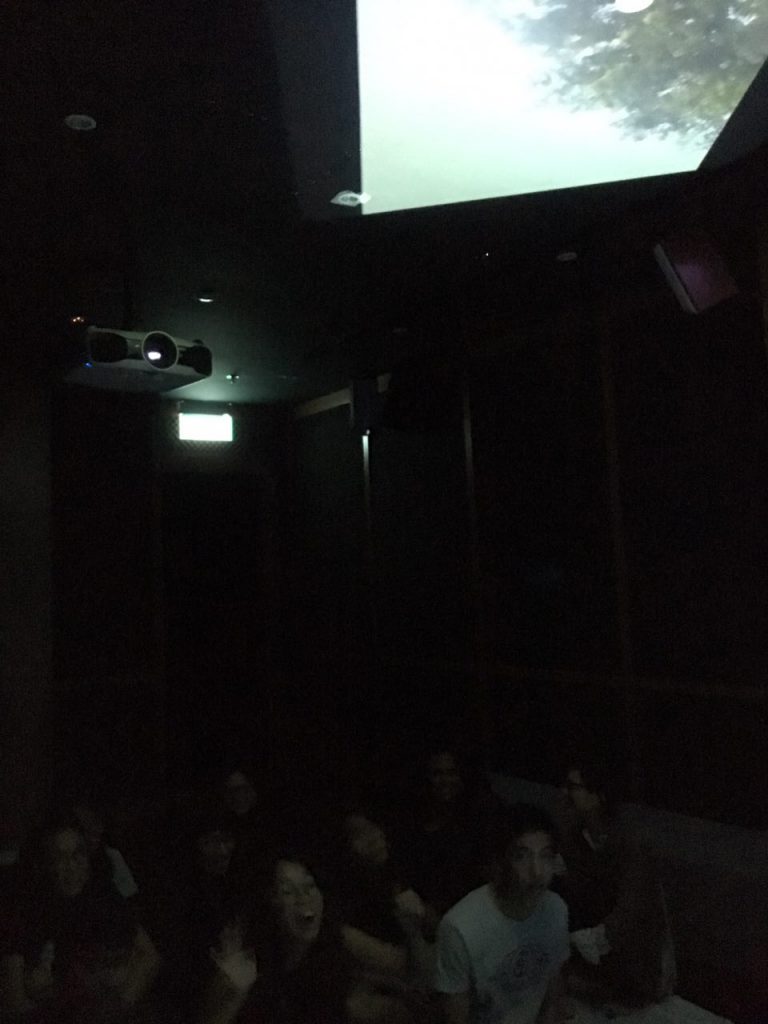 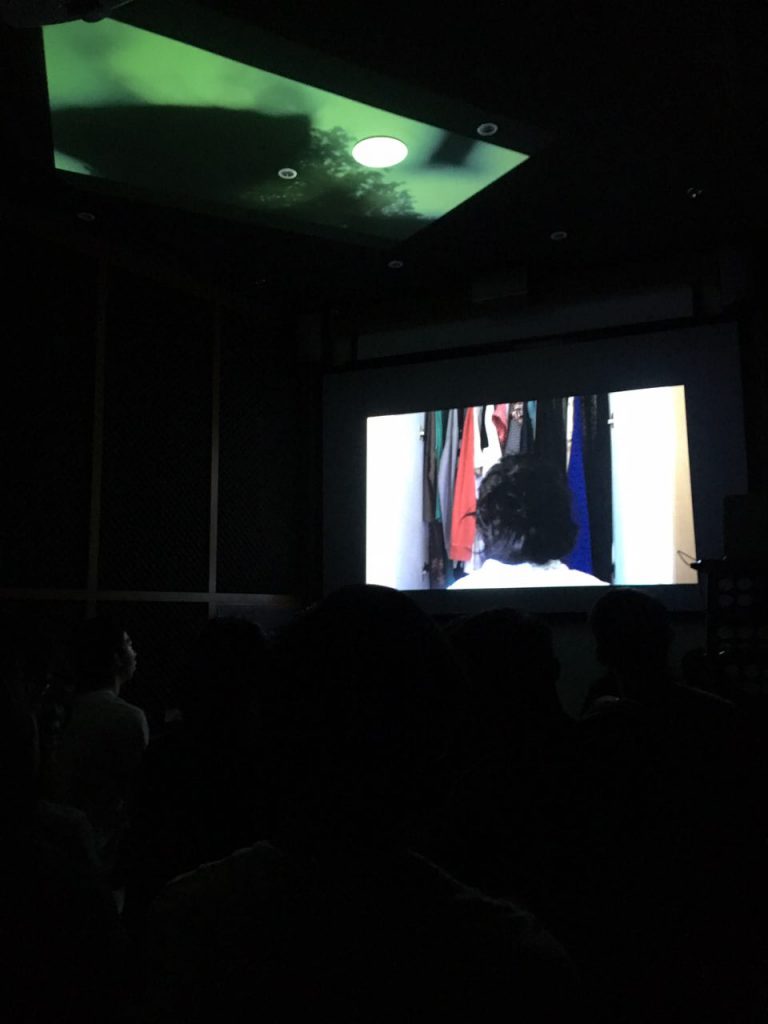 In short, I’m really happy that we get to end our Year 1 with this assignment as this theme is really close to our hearts and personal to us and having done an entire Final Project on it feels great too, along with the other new skills I’ve learnt from this class! 🙂

Thank you for reading! 🙂 and thank you Ms Ruyi for your teaching and guidance, we’ve learnt a lot from you! 🙂