I chose my room for Task 1 because it embodies my personality really well. 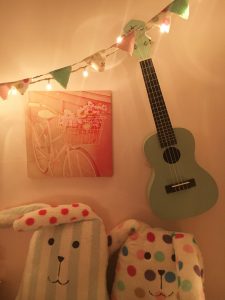 Fairy lights are very prominent in this series because they add a magical element to my photos. Besides that, viewers can also see a recurring theme that makes it easier to understand the flow and more pleasing to the eyes. I believe that I’m still a kid at heart as I love anything cute and girly so I chose a portrait view of this part of the room to show that huge part of me!

I was inspired by Cindy Sherman’s Untitled Film Still #13 as seen below where she was captured delicately taking a book out, from a voyeuristic point of view. She explored on the themes of feminism where women are always expected to act or dress a certain way under the judging eyes of society. I kind of want to portray that here because I am seen sitting up straight properly without my legs sprawled out, even though I’m on my bed where I should be in a more comfortable position. This kind of implies my (so-called) strict upbringing where I was always told to sit like a lady, don’t raise your voices in public, no vulgarities.. etc.

I also used a wide shot here because I wanted to appear smaller as compared to my room, to emphasize on how engulfed I am in the vastness and comfort of my room. I seek so much solace in being alone in my room after a long day in school. 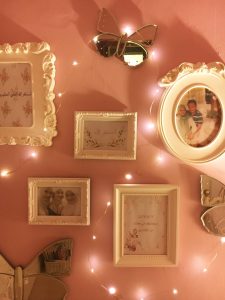 I am very family oriented so my family means a lot to me! I felt that it was important to include this wall that is dedicated to them since they are basically an important part of me. I chose a portrait and close up view of this because I wanted to make sure that the family photos are visible. Also, a close up shot makes the viewers feel more personally involved. 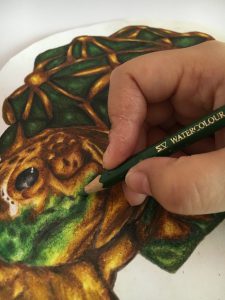 I chose my colour pencils for this category because they first sparked my interest in art when I was in Sec 1. I chose a close up shot to emphasize on the crucial interaction between my hand, the colour pencil and the drawing, that makes up the bulk of the whole art making process. 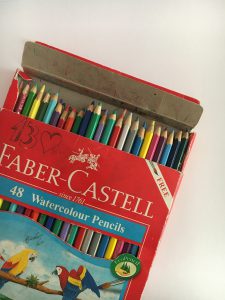 I took a close up bird’s eye view of this because I wanted to show how worn out the packaging is and be able to show my object as a whole. The way how old the colour pencils and packaging look mean so much to me as it shows how much I’ve been using it during my secondary school days. 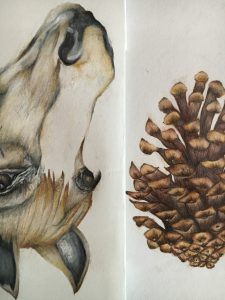 This is close up portrait shot of 2 of my secondary school works and I feel that the pencil strokes, not the image, are the most important part here. This is why I thought that the position of the drawings do not matter but the close up shots of the strokes do. The way I plan out which colours to use and put layers and layers of them to make up a convincing image is painstaking yet therapeutic to me. 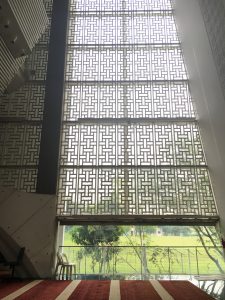 I have chosen my neighbourhood mosque called Assyafaah Mosque because I have spent the past 12 years attending weekly religious class there. This angle to me makes me feel really calm because of the greenery and the pattern above on the building create a very rhythmic feel that can be light and pleasant to the eyes. 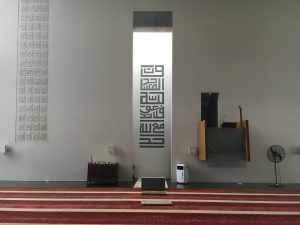 I made sure that this series has only horizontal and vertical lines because diagonal lines appear very chaotic, which is the opposite feeling of what this place gives me. This mosque has always been so comforting to me and I would always look forward to come here every weekend. To show that, I wanted to focus on the calmness one can get from being in this vast place and how this “open-ness” welcomes me in its arms every weekend. 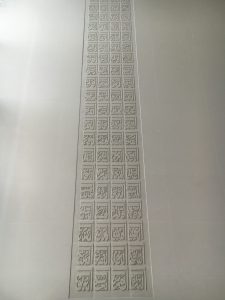 For this shot, I was inspired by a photographer called Eddy Joaquim. He is known for taking dreamy shots and capturing from angles that can add an element of play into his photographs. Therefore, he always heightens the uniqueness of a building and even add a certain magic to something commonly seen. One of his works is from his Built Series below.

Therefore, I tried to make this bottom-up shot to manipulate how people would normally see this wall. Instead of being just a wall with engravings on it, I wanted to make it look like a pathway going upwards into the unknown. This kind of ties in with how I am always lost in wonder in this other peaceful realm when I’m in the mosque learning new things about my religion or simply praying. 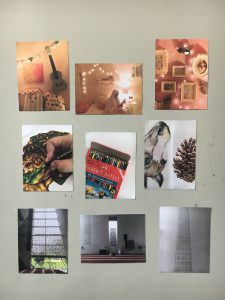 ← Project 1: My Line is Emo
Props As Signifier →