This is my final submission for the project (physical form): 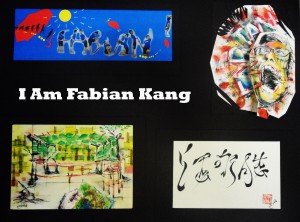 This are the raw scans without borders:

I am FABIAN KANG … 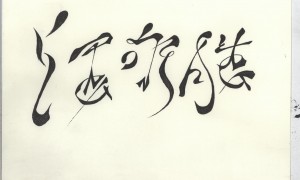 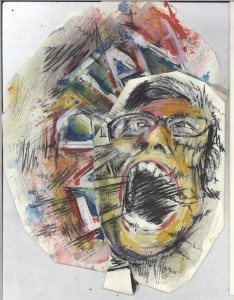 this is a bit of an “interactive” piece, see the vid below 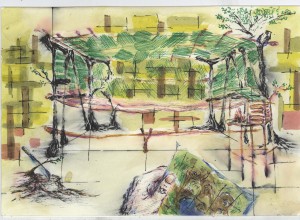 And since a long time ago I’ve always sought companionship in my UMBRELLA (105 × 296 mm, digital photo, image manipulation; print out)

This is a piece that I was initially considering for one of the final: 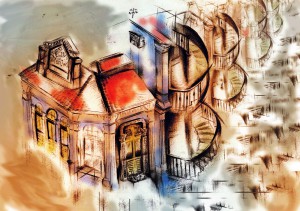 And I am an Urbansketcher (Pen on paper, digital scan and image manipulation)

Here is some of the research and exploration that had been done. 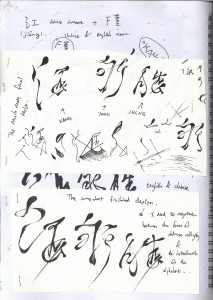 Research for “I am BILLINGUAL”.

Had to negotiate between Chinese calligraphy strokes and the introduction of English alphabet. I had practiced Chinese Calligraphy for quite sometime in my childhood, so it was a kind of cultural and formative dialogue as I endeavored to  put two and two together. 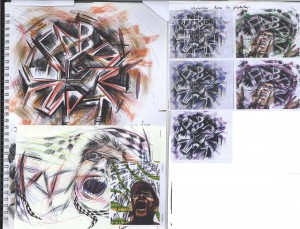 Research for ” I tune in to ALTERNATIVE ROCK”.

Had to think about how to bring out the energy and spontaneity of the music I listen to. Decided to in cooperate the equalizer lines into the work.  And of course, I certainly tuned in to rock for the creation of this piece. Found a new favorite track in the midst of it too, it’s called “The Bees made honey in the Lion’s skull” by Earth, it is really good.  If you are interested>>> https://www.youtube.com/watch?v=wEiRKpflgQA 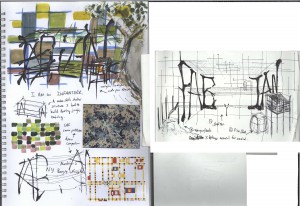 Research for “I am an INFANTEER”.

Had to recollect my memories from Jungle survival training. Weaving my name into the form of a temporary shelter we had to piece together out of wood and leaves.  The camouflage pattern we use also made me draw some reference to Mondrain’s New York Boogie Woogie (1943). 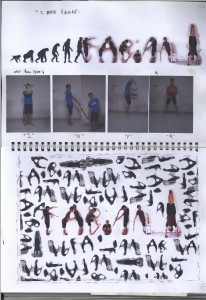 Research for “since a long time ago I’ve always sought companionship in my UMBRELLA”.

Just messing around with poses and digital editing. Had to do quite a bit of contortion for some of the letters. And, yes, I do have a great habit of bring an umbrella around when I leave home, in case of a rainy day.

Other research for ideas that did not come to fruition in the final: 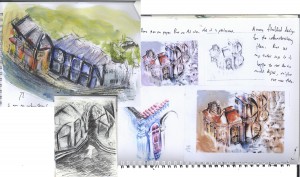 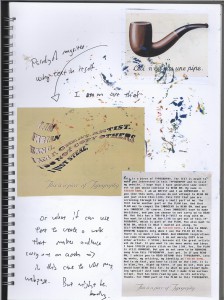