Having attended much of the presentations for the seminar Emergent Visions Adjacency and Urban Screens, I had many takeaways that would definitely inspire the development of my FYP project. Here are some notes on that experience and the thoughts connecting back to my FYP ideations.

In particular, I was most inspired by Kimchi and Chips presentation by Elliot Wood, which I also talked a little about in class. It was an eye opener hearing him speak about his ‘projector hack’ where he looked at the digital projector not as a media device but from the standpoint of physics, and came up with a scientific solution to make the light way brighter than a low-cost projector should be able to. I watched his tutorial on the ‘projector hack’ and I certainly believe that light and projection is really physics that needs figuring out and I am totally excited with what I might be able to develop in the coming months.

Also, Erkki Huhtamo’s presentation on the mediated city was really fascinating, how he delved into history and cityplanning and the different stratas of media within the complex jungle of the modern cityscape. I was particularly inspired by this and thinking of how it might drive the subject matter for the pen drawings i will do for the sort of backdrop for my projection installation. It is certainly an area of research that is intriguing. I borrowed Erkki Huhtamo’s book Media archaeology : approaches, applications, and implications from the ADM library and will proceed to read into it and see what ideas come up.

I was also really fascinated by the sort of guerrilla movement of Manifest.AR which Tamiko Thiel introduced. I think invasion into MOMA was really great fun. So I was thinking like how AR is really an overlap of the real world as in captured by the phone camera and the virtual as in the content provided by the AR app. So what if I sort of extend this idea of overlapping the digital content and physical into a configuration where I project onto my drawings. That is essentially not so dissimmilar to how AR works. My drawings are physical traditional media and the projected animations are digital manifestations overlapped onto the physical and thus possibly creating an interesting interaction.

Also I must say that Refik Anadol’s energy and innovations were really so infectious and I greatly enjoyed his presentation. I don’t think my FYP will be anywhere near the scale of his aesthetic and architectural endeavors but it was really great to see someone so brilliantly bringing huge architectural spaces to life by the effects of light and projection. I enjoyed the urban screens that he presented and would certainly like to see them myself should I ever be in any of those cities.

I also enjoyed the projection mapping that other ADM students did with Rose Bond for the Chinese Heritage Center. 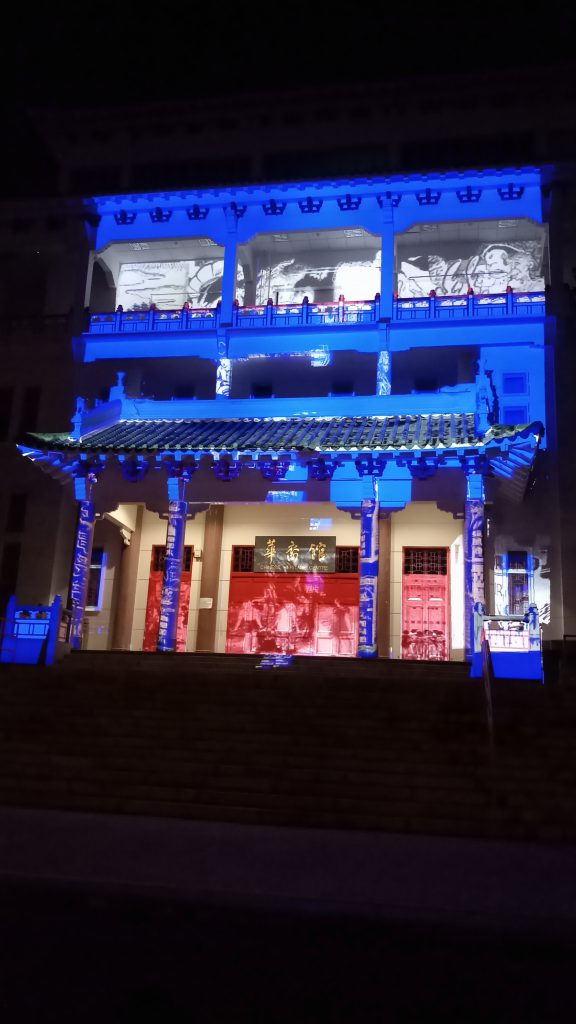 It was also wonderful to catch up with Marc Glode whom I had the great fortune to attend his course on Experimental Filmmaking last year. He invited me to come to this wonderful informal film screening curate by him on the rooftop of Grey Projects in Tiong Bahru. I greatly enjoyed the experience for its informality and Marc’s choice of the series of films was great as usual. In particular I really liked Une Homme Qui Dort  (1974) by Bernard Queysanne, that stream of conciousness black and white film really bringing us into the psyche of the modern understanding and feeling loneliness in big metropolitan city. During the event we just moved around, chatted, drank while in the midst of each film. The informal context and the sort of small community feeling in the heartland of busy Singapore was profound. I wonder if I might be able to create this sort of community atmosphere in my FYP? Because I also do this informal gathering of coursemates to watch obscure films together in the school auditorium and really to me that is the best feeling to watch a film and experience it together. 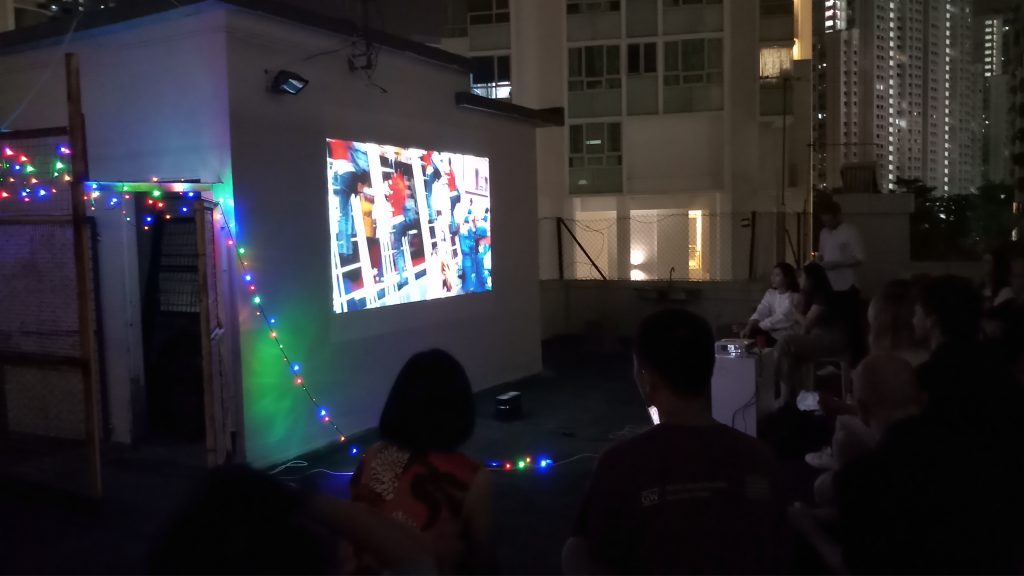 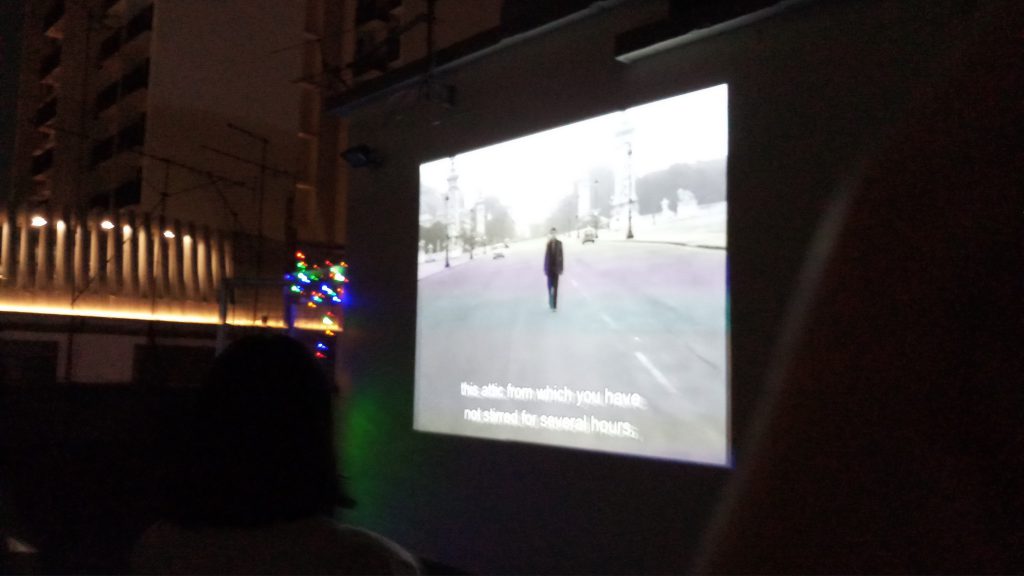