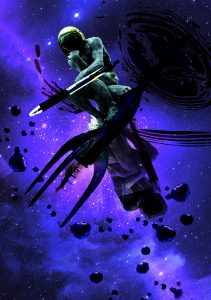 The pen from the point of view of an astronaut is a useless blob. 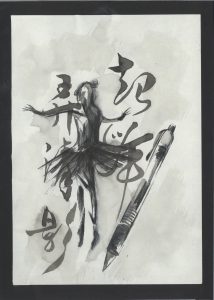 The pen from the point of view of an artist is the dance across the paper. 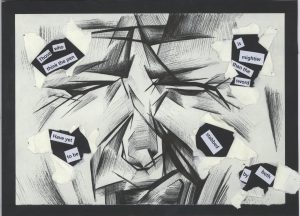 The pen from the point of view of an enemy is a lethal weapon. 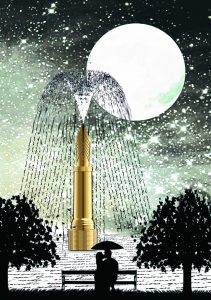 The pen from the point of view of a love story is fountain of emotions. 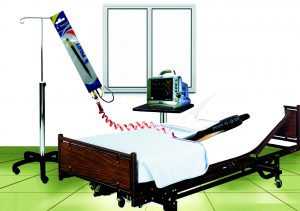 The pen from the point of view of an ink-replacement administrator is a blood transfusion patient. 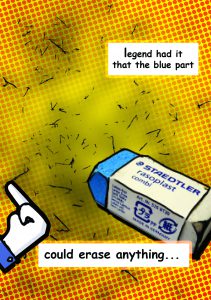 The pen from the point of view of an eraser is an indelible mistake.

Initially I had a few other crazy ideas but as I wasn’t able to arrange those disparate ideas into a series, I turned to something which was more readily available.

In my final work, I attempted to use the Pen as a main subject because it is a medium that I work with frequently and I thought it would be great to explore different views of it.  I used a variety of pen for the concept wise, including ball point, fountain, calligraphic, etc. And what I wanted to do was to imagine scenarios or the weirdest things people say about the pen and see how that can play out.

For example the one about pen in outer space was because I hear a lot of stories about how astronauts have tried using the pen in zero gravity and obviously it wouldn’t work. So scientists and product designers got together to design one that does. The most famous is the Fishcer pen. So in that particular work I was showcasing what I think it looks like to go all the way out there to find out that the pen doesn’t work.

And in the work about pen being a lethal weapon, I was interested in visually depicting a quote from David Handler who wrote the famous children’s series “A series of Unfortunate Events” . He says that “Anyone who thinks the pen is mightier than the sword has not been stabbed with both.” And I thought that was a really intriguing twist to the common saying.

Most of the work are digitally done as I thought it would be easier to convey through digital means as my drawing on such a small surface might not be detail enough. For the drawings I kept them minimal as well because from the previous project I realized that working on a small surface area it is best for me to not be too detailed as things get way too cluttered. 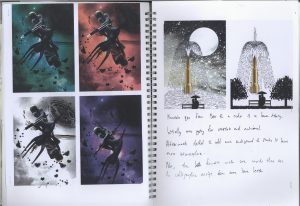 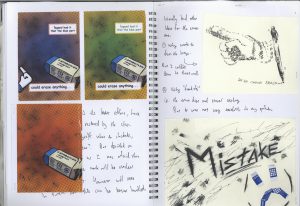 Process for “Pen vs Eraser” 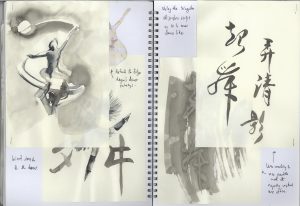 Process for “Pen as Dance” 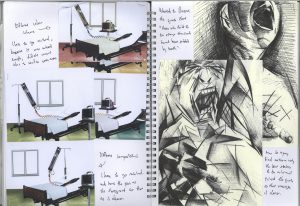 Process for “Pen in Bloodtransfusion” and “Pen as a weapon”