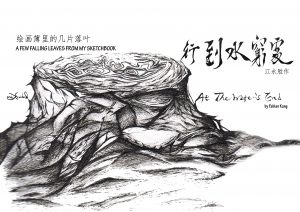 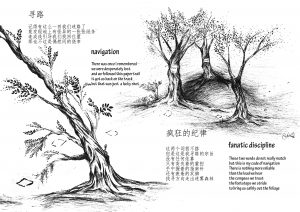 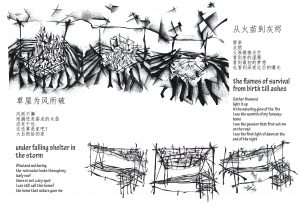 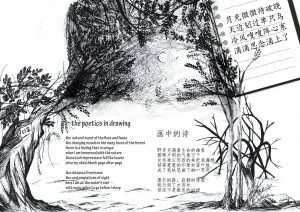 At The Water’s End is a zine in which I look back on my experience of jungle navigation and survival training during my army infantry days. I did a lot of sketching whilst I was in there in the jungle and I wish to curate these sketches, reflections and poetry into a simple zine for people to see my drawing style and read my thoughts and feelings during those times.

The title is translated from a famous poem by Tang poet Wang Wei. This particular verse means that “if you reach the water’s end, the end of your resources, fret not, because if you look to the sky, you’ll see the clouds and with it the rain that will fall to the earth again”. For me, the jungle training was really pushing me to my limits, be it physical or mental. Hence these drawings  and poetry were an expression of the longing for home and my motivation to keep me going, as such they became in line with that belief that “the clouds will bring the rain again”.

I chose to go for black and white as my drawings were without colour to begin with. Did think of using maybe muted greens or browns but I felt that it still conflicts with the sort of attention I wish to draw unto my drawing style which plays a lot on the texture and form of the pen strokes. Also, I chose a paper that would have the texture to carry the feel of my drawings across. All in all, I was aiming for a simple and clear design to convey my intended message.

The pages have been divided into clear sections.

On the back cover, I gave my zine a tagline which reads “A few falling leaves in my sketchbook”. This is because pages are sometimes referred as leaves, as in leaflets. In Chinese, the connection of the 2 words a more apparent. We have pages which is 页 (ye4) and leaves 叶 (ye4). Both have the same pronunciations. My idea of connecting these two was because to me the inspirations from the jungle (leaves 叶) actually falls onto my sketchbook (pages 页) and thus became the drawings I drew and poetry I wrote. 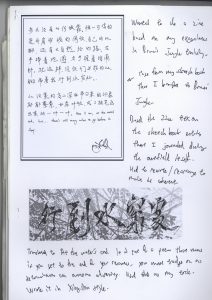 An original page from my Brunei sketchbook as well as the title calligraphy style. 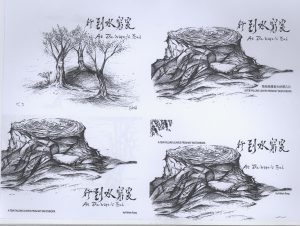 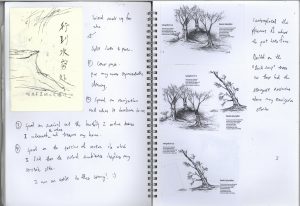 Mock up of the zine. Pages and layout for the navigation part. 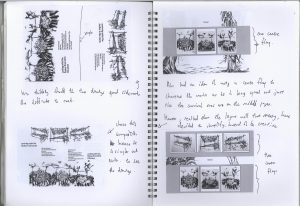 Pages and layout ideas for the survival part. Was also thinking of making it interesting by introducing an extra flap to put the longer drawings. However realized that that will complicate things and conflict the simplicity of my zine. 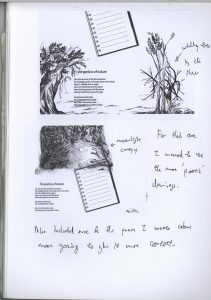