This is further into the development we have got going for the interaction.

I have managed a few things here:

Don’t mind the fog, I was just messing around with the particle effects for fun.

So this has been an interesting development because like I mentioned in earlier posts, our game has to show the passing of time. The timeslider element we have now will allow players to control that. If you notice above the slider I put the year in which this is happening. So at a certain year the thief would have obtained a certain object and then the object will go away after some time. So visually it creates this sense of power for the player in the controlling of time. But however they will need to click around to discover objects, listen to the stories and piece the entire world of the game together through that sort of scrutiny.

Which is what we really will need to sort out in the recess week: What is the overarching story here that we want to tell? 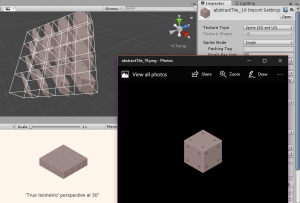 This was what we had in the video I uploaded the previous week. Top view is game editor, bottom view is the screen during gameplay.

It is isometric view but as you can see, formed out of these small images which you see in the image viewer i opened up on the right that we have to piece together in that angled fashion in the game editor. Which is quite a hassle. In fact the video I uploaded had maybe had 200 of these images??

So I found an alternative that achieves the same effect. 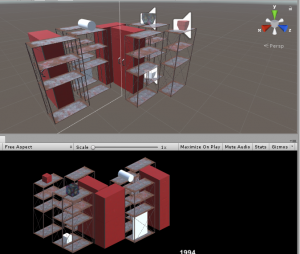 So now we can use 3D models to give us a accurate sense of space and really have the flexibility to arrange things the way we want. And the camera will be able to render them in the  isometric view. Hence we can look to having more intricately designed spaces and have objects placed in many different ways. 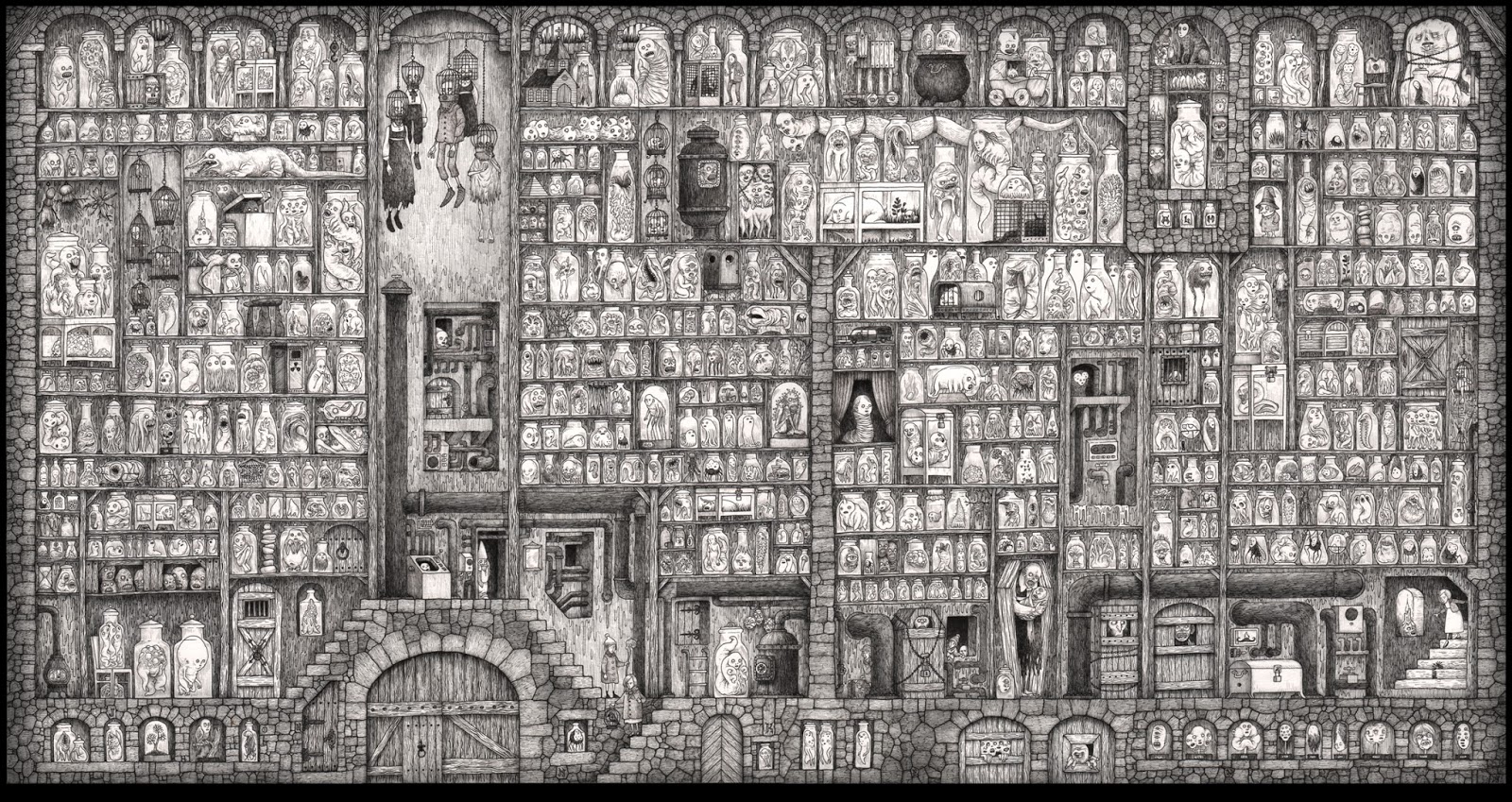 So just to recap the presentation that my team (Bao, Winzaw and me) made during class. We are very much inspired by this drawing by John Kenn. About the multitude of objects and how they are laid out for the viewer to see and just allow their eyes to travel around and form associations and connections to the objects. Which made us think about our story which is about a thief who has a this huge collection of stolen items.

My role in this project will be to handle more of the programming/coding aspects. So currently I am looking at various options (1) a webflow design where the user scrolls down to reveal various levels and more objects (2) a 2D point and click interaction in maybe Processing Java or Javascript so we put something simmilar to the John Kenn drawing but with additional display of story information (3) Unity game engine, using C# to power the interaction (but I will need to go for a crash course!)

We will continue to discuss and frame the plot of the story. Hopefully by next week we might figure out which platform we might use.