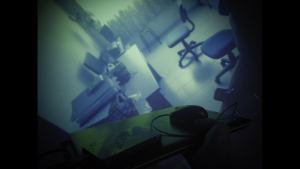 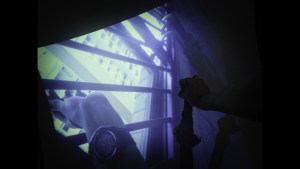 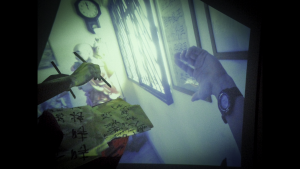 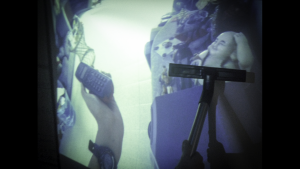 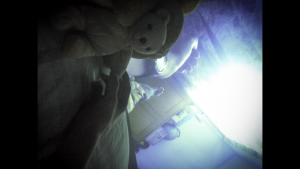 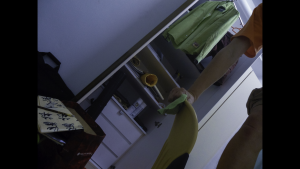 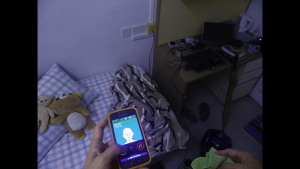 A Projection of Memory

This work was titled in retrospect to match the title of the final film. The title speaks for the work. This is a projection of my memory of walking home, which may (or mayn’t) have been distorted in the recesses of my mind. I intentionally created a disconnection of space and time through the use of projection, inspired by the rear-screen work of Cindy Sherman, where a believable-unbelievable environment can created. I juxtaposed this with the use of personal items in my hall where I reside on campus so as to encapsulate these found objects to give off a surreal-ity.  The viewer can read it conceptually or in the form of narrative. This open-endedness offers, I hope, a distorted, faraway feeling that I wish to express.

The set-up for framing the projection shots. 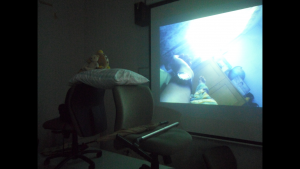 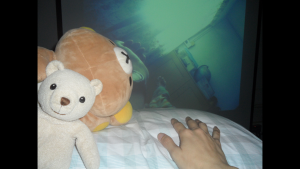 The preparation for the shot involving the vacuum cleaner “sucking out” the projection image. 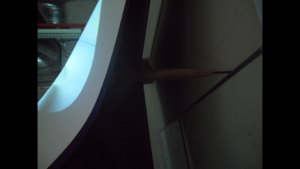 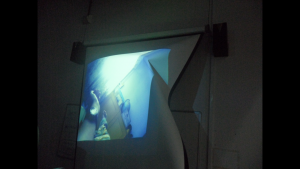 Still images has a somewhat a daunting constrain that I think impeded me in this project, simply because I had more to tell than it was possible to convey through such a delivery of presentation. Admittedly, I do not see myself as have much experience or aptitude for photography. I do not comprehend the design rules involved, like say the rule of thirds, in which how they create an aesthetic quality. To me, these feel like the safe routes and I will not use them for the sake of staying safe. I wished to convey the concept of a break in dimension, a sort of paradoxical space if you will, and the search for a method of visual communication led to the use of projection. I was in a situation with no equipment and low budget, so the solutions devised and creative problem solving routes taken would have to be simple and to the point. So it was definitely easier in the further development of the project into the moving images as I could convey more and express more. The ‘fan spinning shot’, ‘stop-mo’, recurring imagery like the ‘finger walking’, all these were much easier to come up with and readily blended straight from my brainstorming into execution, much like impasto onto the canvas by the Post-Impressionists.

Sound is definitely a main factor in my work. I have begun thinking, in fact, since the capturing of the still images of not just how my work is seen but also how it sounds. The class critique elated me to the fact that they were similar in opinion as I was that my work was a sound of distortion, of disconnectedness. Hence I sourced a soundtrack done in the style of alternative rock from the 70s, with a Russian blend to it, which I hoped brought out that “out-of-placeness” when partnered with the visuals. Another sound I captured was the whirring sound which I repeat everytime we get back to the “fan spinning shot”. That was actually the sound of the light switch played backwards, to give this vagueness of a kind of foreign sound, akin to both a sound a time machine in sci-fi movies would make and a film projector would give off. I felt no need for voice-overs, as to me the medium is the message and I believed that I conveyed somewhat sufficiently and that I could be assured and allow the viewer to fill in their response from the law of enclosure. 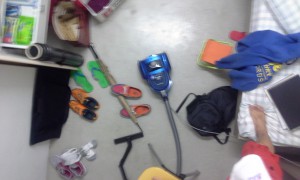 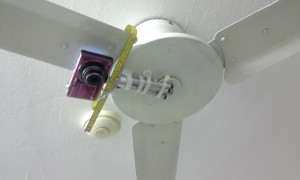 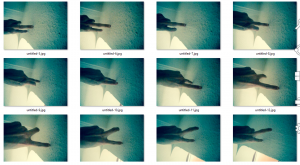 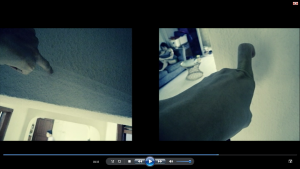 7 pages from my research sketchbook.