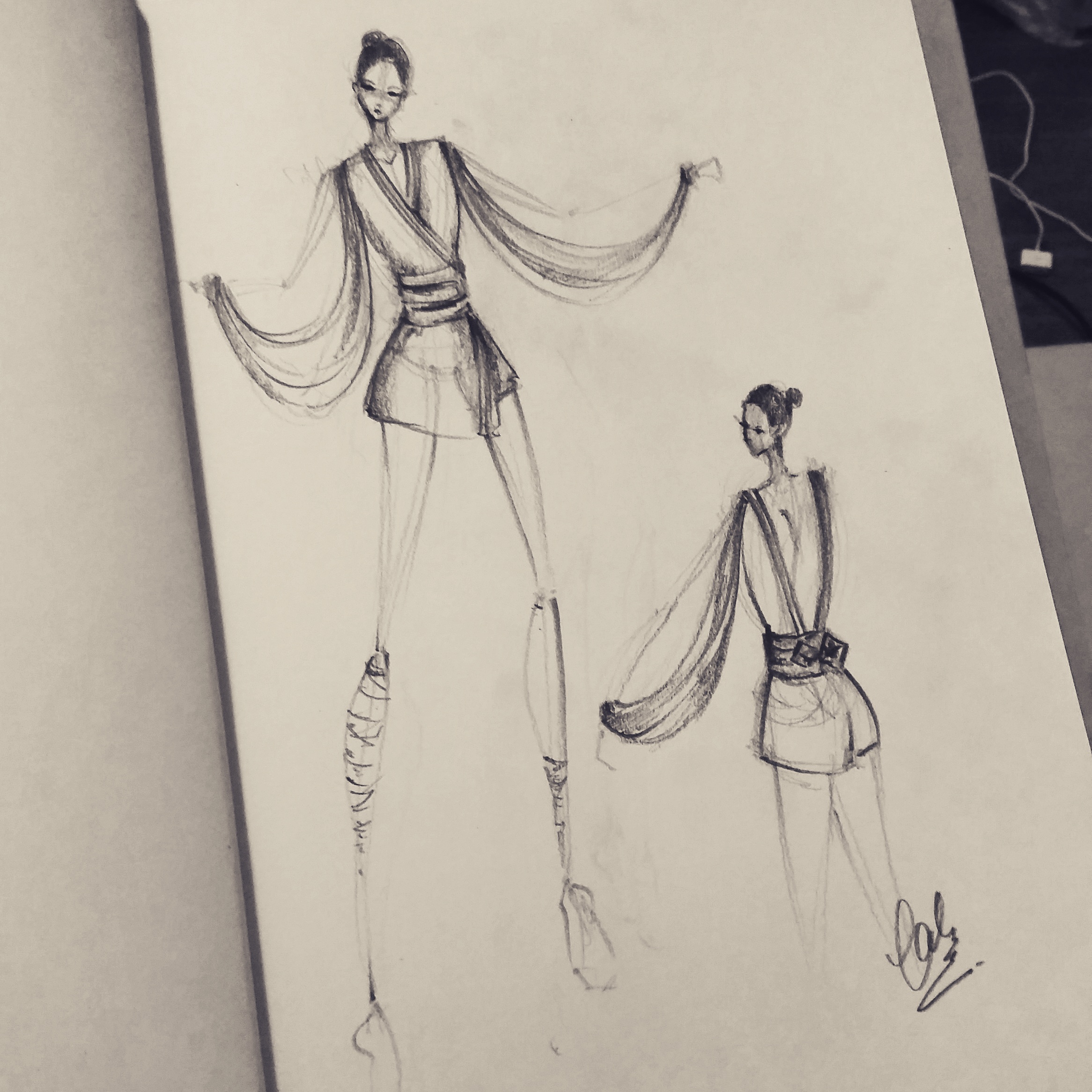 A heroine in the third space utopia would fight against the giant, the disturbance, despite her small size and limitation. She didn’t know she could, and would be a warrior.

Japanese Yukata is the inspiration. First is because, I am a practical person. Looking at my schedule and deadlines, I think I should come up with a feasible and ‘safe’ design first. Anything simple can be more detailed with for e.g. accessories. So I was thinking of a robe. But a mere robe will look like a peasant instead. So, something more war-like, and it’s the Japanese warrior who wears ‘war robe’, aka Samurai. But I want it to be short, because it would be easier for me to move around, and hence it would be yukata with a short length. 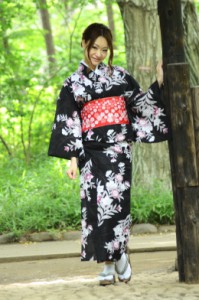 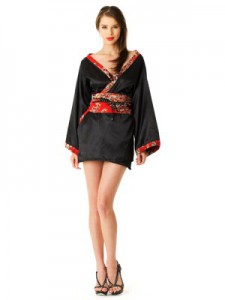 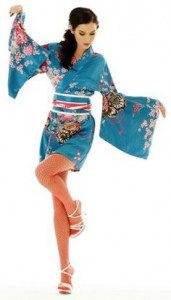 Inspired from the Yukata, the body part resemble Yukata. However, I was thinking of modifying the sleeves to make it more flowy. Yukata’s sleeves are squarish, my hand movement won’t be so clear to be shown in the performance. So, a drapping sleeves would be better I guess. It can be the spot where I can install stretch cord/sensor as well. In this design, I’m still confused about where should I install the lights. 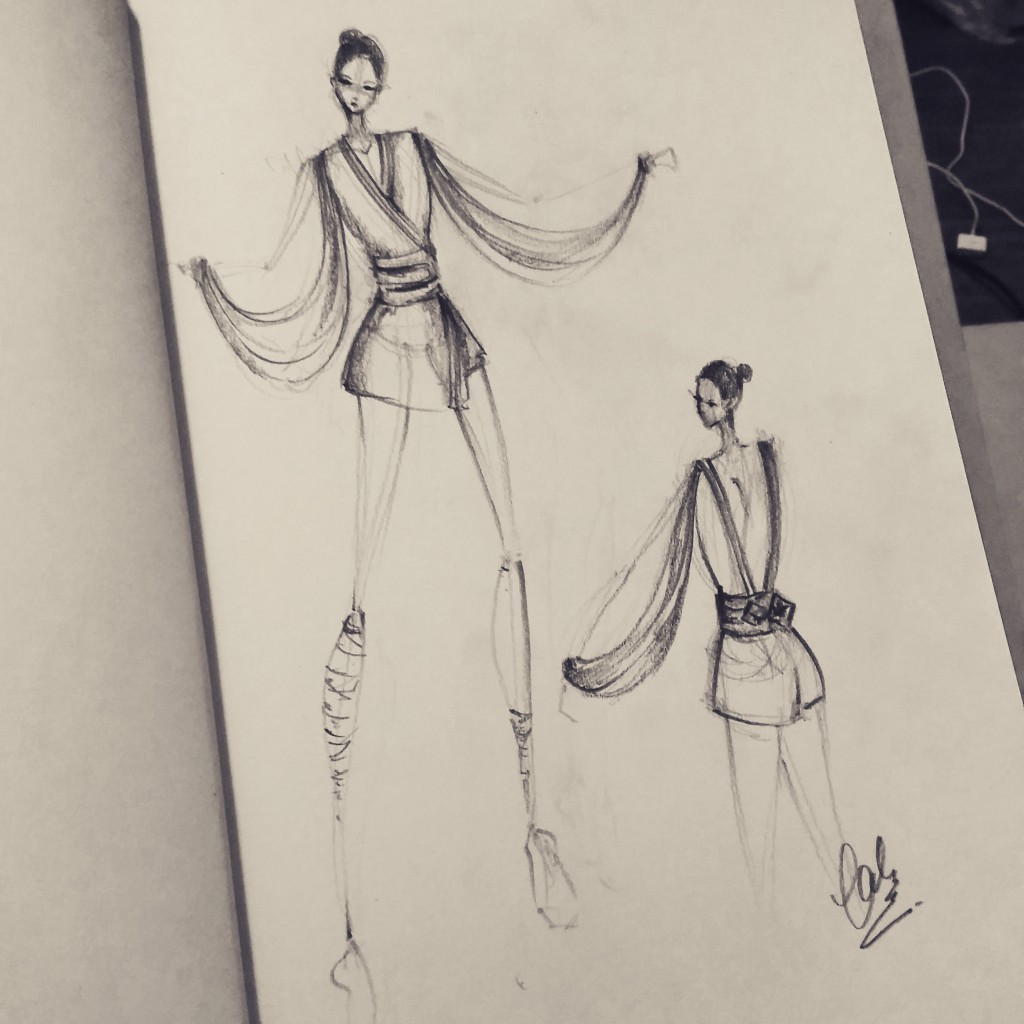 In the revised version, I have thought of more details and where I should put the electronics. The color would be black, because it is the color of Japanese warrior in the past. Initially I wanted to use red as a symbol of courage, but black is more classy and as a very very noob beginner in fashion-making, let me use safe color first.

BUT, not everything would be black. Black is only the ‘base’, aka the robe. I would like to make a ornamented belt instead of just the traditional Yukata belt. It would be silver (yeah I have the material since last year so it’s the right time to use it), and it would have lights underneath it. The lights will spread out, with the waist as the ‘source’. These lights would be the source of colors: sign that the warrior is ready to fight as her inner courage and faith are strengthened. 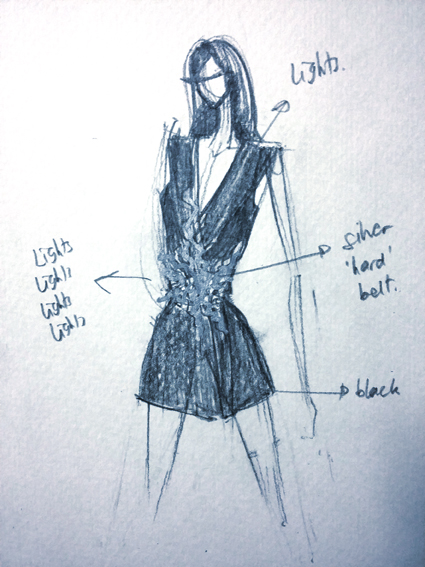 Now, I’m confused about the sleeves material. The robe would be made of ‘bridal satin’ (which I have bought YEAYYYYY) but the sleeves I am still not sure.

I’m thinking of having canvas ribbon wrapped around my feet and arms for the accessories, but it is still tentative.