Hi Everyone! We are team Shingaporu and for this project, we are working on a landscape digital painting as part of the celebration for Singapore and Japan to commemorate the 50th anniversary which is happening right here right now.

Shingaporu is made in a way that when the viewers moves in a direction that is parallel to the artwork, they would be able to experience a change in the landscape: from Japan to Singapore, and vice versa. There would also be a moment where two landscapes intersect and exist on the same plane side by side, which symbolizes the close relationship between the two countries.

In fact, our visual response is actually an art to celebrate and increase the appreciation for the ongoing celebration of the 50th Anniversary of Singapore-Japan diplomatic relationship.

Since our visual response is based on the topic Japanese Screen Painting, we played along with the idea of Japanese screen paintings that usually come in pairs. The difference from the original historical art is our art exists as one single screen with two separate different paintings.

Then, in relation to our selected artefact: Four Seasons with Sun and Moon, we decided to paint a landscape of the world we live in now. Unlike in the past, we are more surrounded by skyscrapers and man-made buildings rather than nature. The seasons in the artefact represents a cycle and the passing of time. However, we do not use the different seasons to represent this. Instead, we make use of the foregrounds of each landscape to represent the past, and the backgrounds to represent the present. The “foreground of the past” consists of torn old paper texture, each country’s iconic flower and one of the oldest iconic place. Then, as we look far into the present and the future, we see the background of today’s cityscape. This way, we are able to keep traditional taste of Japanese screen painting despite using modern medium.

Size: 6 A4 and folded to make an anamorphic art style

Medium: Digital Painting plus filter to make it look like a Screen Painting

Research and Reference: Four Seasons With Sun and Moon in National Museum Of Singapore 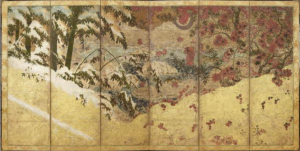 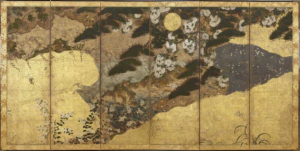 What else is being done for the celebrations

“During World War II, when Japan occupied Singapore, thousands of Singaporeans were killed for being “anti-Japanese” or for being “Chinese sympathizers.”

But there has been a sea change in relations since the 1945 end of the occupation. The countries launched diplomatic relations in 1966 – a year after Singapore gained its independence – and in the 1970s Japan became Singapore’s largest foreign investor and trading partner. The Lion City was also the first country to sign a free-trade agreement with Japan in 2002.”

To conclude, we can tell that the relationship between Singapore and Japan is ever growing and are going stronger as years goes by.

Why is the painting folded into anamorphic style and its function

Why this medium and how we see the co-relation

What is it’s size and purpose of the painting 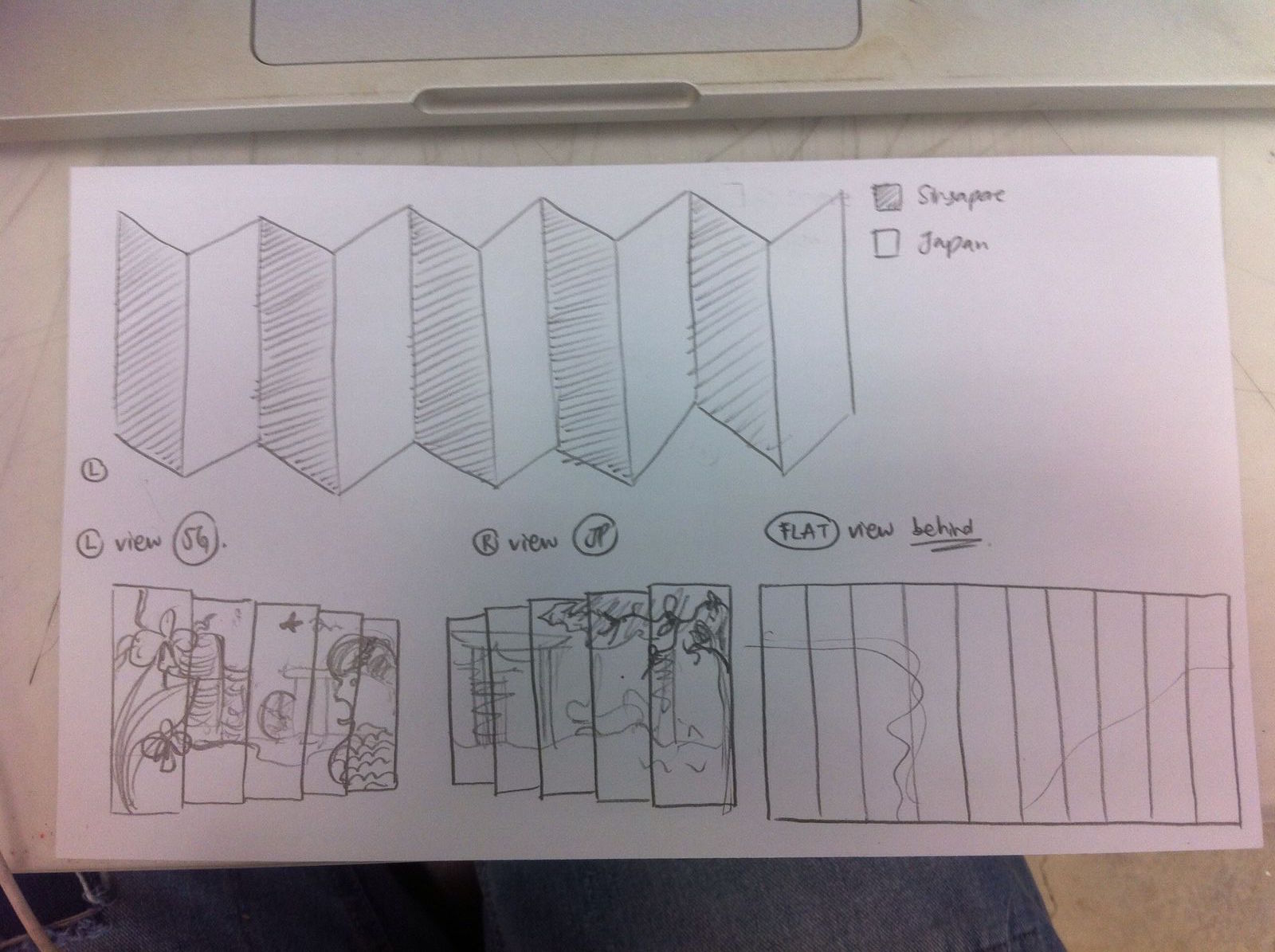 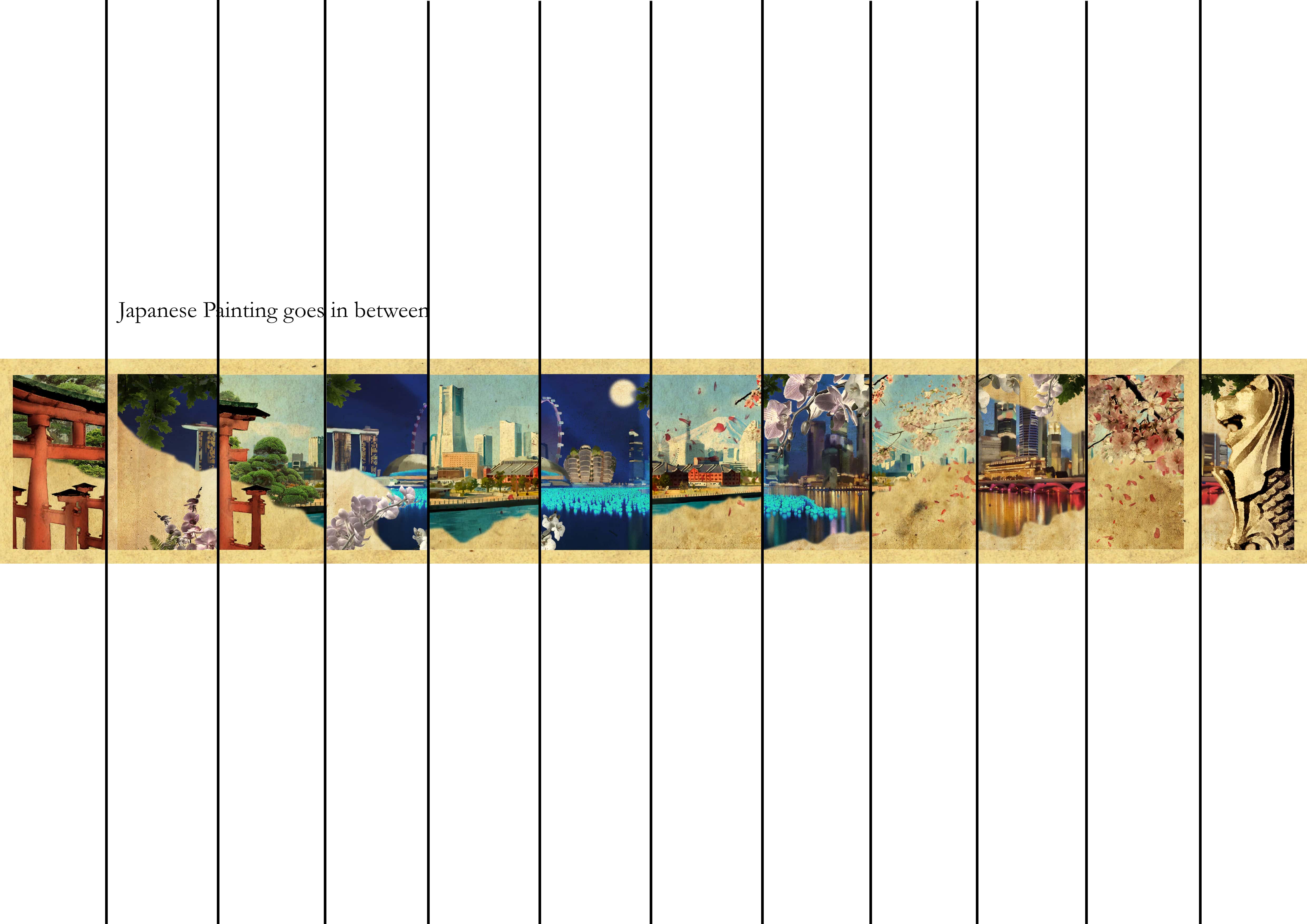 First of all, I would like to express my gratitude for being given the opportunity to do this project. It is my first time of planning and creating an artwork (visual response) by referring very closely to an ancient or historical artifact. From this one project, I feel that I have learned more ideation/conceptualization skills which surely can be used for future projects.

At first, our team found it difficult to create a visual response to an artifact with a general positive intention and no controversy. Personally as an artist, I do not really like to make an artwork with contentious issue: a point of view about particular religion, culture, gender, and many other sensitive topics. It is because my rooted art principle is to create a happy art, which somehow I successfully convinced the rest of the team to have the same vision for this project.

However, non-controversial art might be equal to mediocre and boring art, something that we do not want neither. So, we decided to create something that most of the potential viewers (ADM students and faculties) able to relate to. That is why we choose Singapore as a big part of theme.

Still, something was really empty the first time we came out with the idea of drawing Singapore landscape in Japanese screen painting format. To fill that gap, we infused current general knowledge into our planning: the 50th anniversary of Singapore-Japan relationship. I was the one who came out with this ‘news’, simply because I watched one of the commemorative performance and saw an installation related to this at Changi Airport.

Since then, my eyes are opened. A simple general knowledge about what is going on around us can be a source of inspiration; even better, purpose. Knowing this, I regret of not having the habit to read local news daily. I did not know and have never experienced that an artist may be benefited directly from being resourceful about current issues.

Hence, in the end of this reflection, I would like to encourage as many friends and junior as possible to…read newspaper, or e-news. 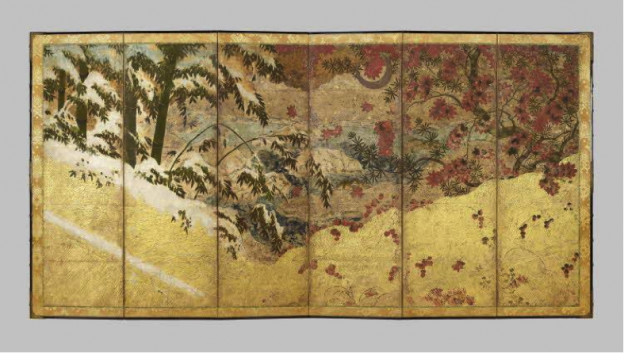 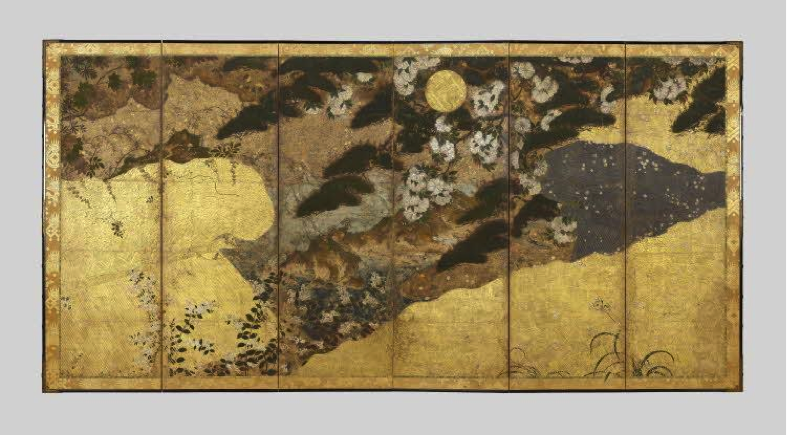 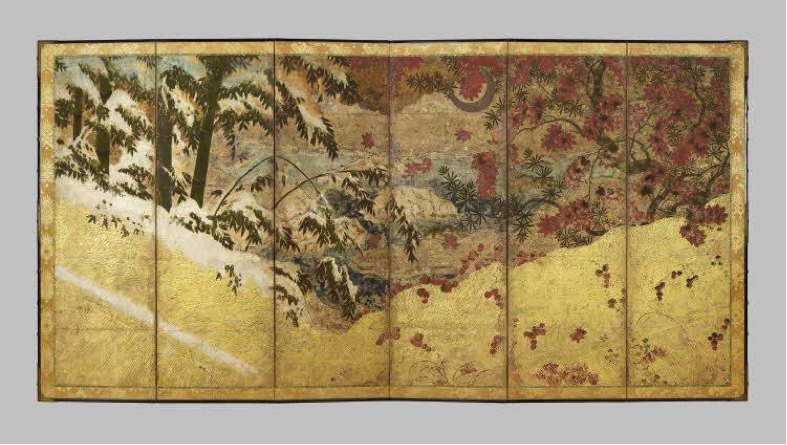