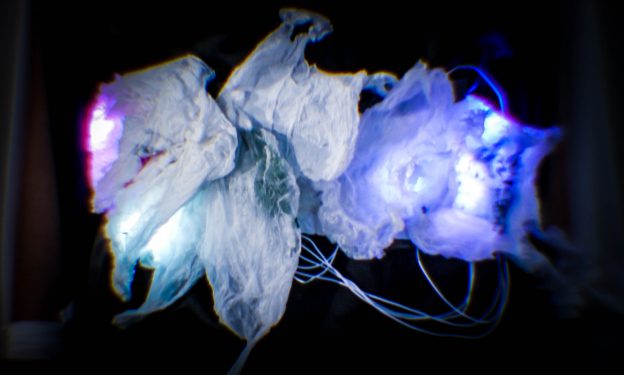 In this project called Touch, Angeline Young in the USA together with my classmates and I in Singapore were performing dance in live broadcast. What makes Touch different from other performances is Touch allowed performers in different geographical regions to perform together by ‘placing’ us in the digital world called the third space. The third space is created by Randall Parker, using Adobe Connect and other digital softwares, and to the audience, they would see an ‘unseparated screen’ having both the performers in Singapore and USA.

For this project, I played a role as a warrior in the narrative of the performance. She breaks the stereotype of warriors, who are usually males, and together with her troops, she defeats the evil.

However, I was not just performing a choreography. I was involved in the making of the movements as well as designing, and making my costume from scratch.

As the Touch plans were introduced to us, we were first assigned to write our own concept, or how we saw Touch in the form of a story. My concept was The Touch of Destruction, inspired from the idea of human’s optimism and pessimism as well as David and Goliath. In my narrative overview, a touch from the tiniest man could destroy the biggest enemy as long as he has the will. From these narratives, our teachers decided our roles, and I became the warrior. Hence, I designed my costume based on Japanese warriors – that is my own preference to choose Japanese culture – create the war-ready choreography together with Angeline. When the choreography and costume were ready, we had several full-dress rehearsal. In addition, , I am proud that during our process, the whole class once did an online workshop for a symposium in London.

A lot of researches have been done for Touch. Prior to this, we ought to learn and analyze the essence of digital performances and arts such as The Big Kiss by Annie Abraham, RIOT by Mark Napier, and Motion Control. From these, I learned how a manipulated visual, even glitch we saw the screen could affect the feeling of the viewer and could be a source of amazing creativity. It gives me the overview on how to ‘interact’ with the camera when I was performing.

For the preparation of costume, we learned, through our researches (biometrics, sensing garments and smart textiles) how fashion is actually more than just a wearable. It is a breeding ground of innovations; fashion is not just to make you look good. As a result, my costume has technology in it: LED lights. However, the technology is not as innovative as the researches as I am still a newbie at doing fashion and technology at the same time.

Uniquely, our, or at least my choreography, is not derived from an existing dance movements but myself. The movements were harvested from my natural maneuver when I express myself, tell stories and react to something/someone. What is really beneficial from making a choreography this way is it becomes easy to remember and immerse yourself in the character.

Well, however Touch is, seriously, not easy to produced. The first issue that I personally face is the making of the costume. How to turn on and prepare the sewing machine? How to turn these fabrics into my desired costume? How to code a Lilypad Arduino in order to make turn lights on? Lastly, how to arrange an electrical circuit on a piece of clothing without breaking them while dancing? To be honest, the costume-making is a gigantic challenge because I started from a big zero.

Another issue that we faced together is the interaction between us, the camera and Angeline. Different lighting and angles would affect what was shown on the screen. Different blend modes could either make or destroy the look and performance. Countless trials and errors were done to get the desired mode and mood of the screen. Sometimes, unfortunate technical faulty and delay would affect our tight schedules as well.

Eventually, we managed to examine and solve our challenges. We made challenges into priceless learnings.

In fact, this module is an Open Source Studio (OSS) class, where a lot of gradings, documentation and even teaching-and-learning activities were done via the internet. We posts our assignments: researches, essays, and projects on the school’s OSS site so that both teachers and fellow classmates can read and learn from each other’s work. And I am indeed surprised by how useful this learning process by reading other people’s work. I remember I learned how to write a good research ‘blogpost’ from Yuhao and Charlene’s, how to create unique colors on the LED lights from Tiffany’s, and how to boil fabrics from Gladys’ and Xin Hong’s. It was so surprising that “hey, our friends are so resourceful, awesome! I don’t have to google on myself anymore” as the useful contents in their posts are already ‘filtered’, and hence trust-worthy. So, yes OSS, if one knows how to make use of it, would learn a lot more things in a shorter time as well as form a stronger bond with other users. In fact, OSS somehow ‘taught’ me how to manage a blog/website, which is a fantastic bonus skill.

In conclusion, I had a lot of excitements, hardships, fun and lessons from this one module. There are still rooms for improvement for the class but it is definitely one of the most resourceful class I have ever taken.

To end this hyperessay, I would like to say my gratitude towards Randall Parker, Galina Mihaleva, Angeline Young, Naga, Alvin, Cameron and Cooper for making this opportunity an unforgettable and precious experience. I am so addicted to fashion-making now! 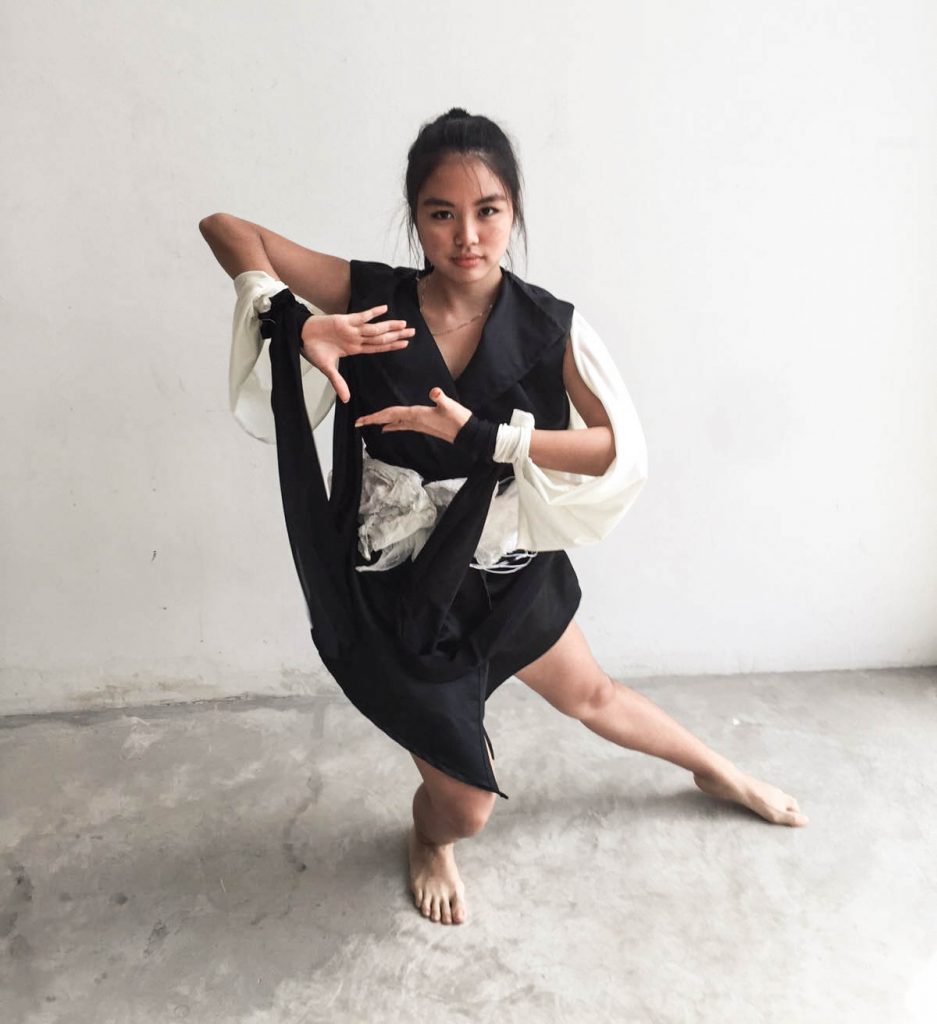