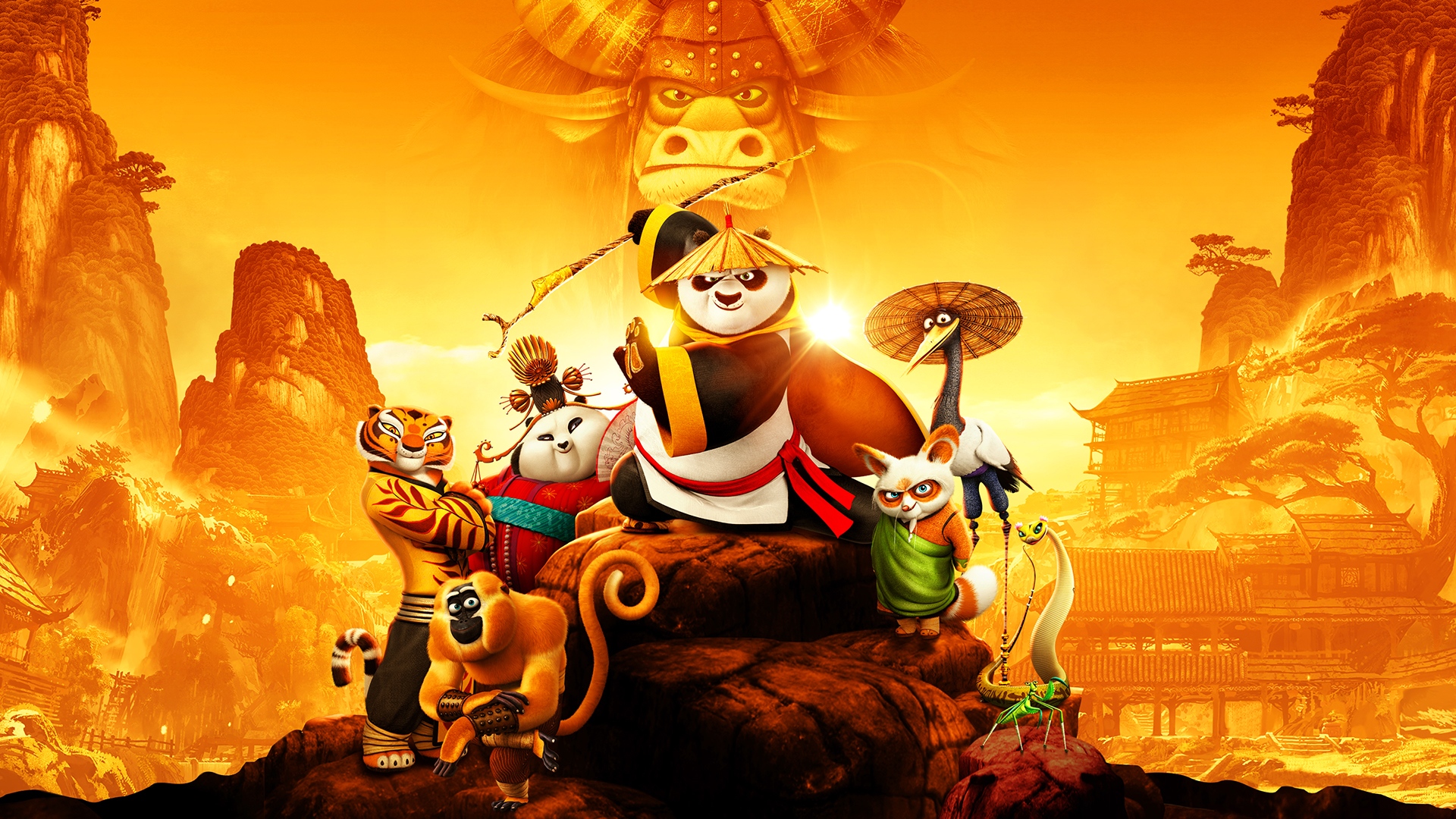 Living large and loving life, Po (Jack Black) realizes that he has a lot to learn if he’s going to fulfill the next challenge from his beloved instructor (Dustin Hoffman). After reuniting with his long-lost father (Bryan Cranston), Po must transition from student to teacher and train a group of fun-loving, clumsy pandas to become martial-arts fighters. Together, the kung-fu brethren unite to take on the evil Kai (J.K. Simmons), a supernatural warrior who becomes stronger with each battle.

Like the other Kung Fu Panda movies, this movie doesn’t fall short in its storytelling and humour. Moreover, there’s more pandas! What more can I ask for? I’m in love with the cinematography and art direction of this movie. The combination of 2D and 3D animation is fantastic as both styles of animation merge together so seamlessly. When a movie is already very good, it’s always a tall order to produce a sequel that is better than its predecessor. In Kung Fu Panda franchise’s case, the movies just get better and I feel that Kung Fu Panda 3 is the best of its series so far. That’s why I feel that Dreamworks is as good as Disney! I loved this movie so much that I even bought the art book so that I can have a glimpse of what goes behind the movie.

“You’re never gonna be able to save the world on an empty stomach.” – Mr Ping

In this scene, Mr Ping (Po’s adoptive father) hid himself in Po’s travel bag because he was worried that Po would be hungry on his way to the secret panda village.

Po: Dad.
[opens his bag to find Mr. Ping inside]
Mr. Ping: Yes?
Po: What are you doing here?
Mr. Ping: What am I doing? Getting a backache! Did you have to step on every rock?
Po: No, I mean why are you here ?
Mr. Ping: What was I supposed to do, huh? What if the pandas don’t have food you like? You’re never gonna be able to save the world on an empty stomach. I consider my presence mission critical.

“You’re never gonna be able to save the world on an empty stomach.”

This is a straightforward quote that doesn’t need much analysis. Basically, when Po is hungry, he won’t be able to concentrate on saving the world!

Since Po is defeated when he is hungry, a way to showcase defeat is the usage of the white flag. The white flag is often used in old-school cartoons such as Tom and Jerry as a comical way of depicting surrender and defeat.

This concept is a literal representation of the quote. It features a defeated panda lying on an empty stomach. 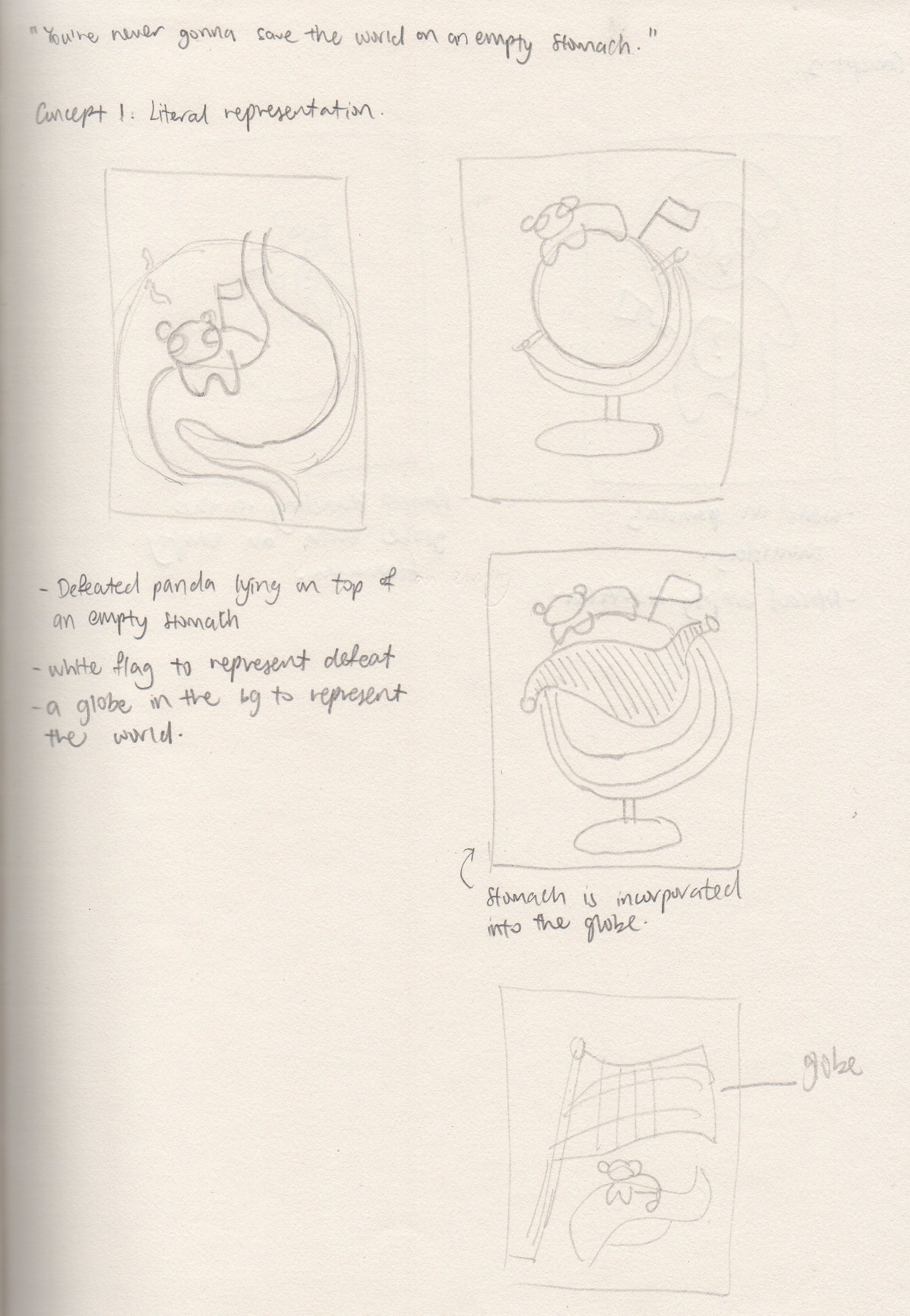 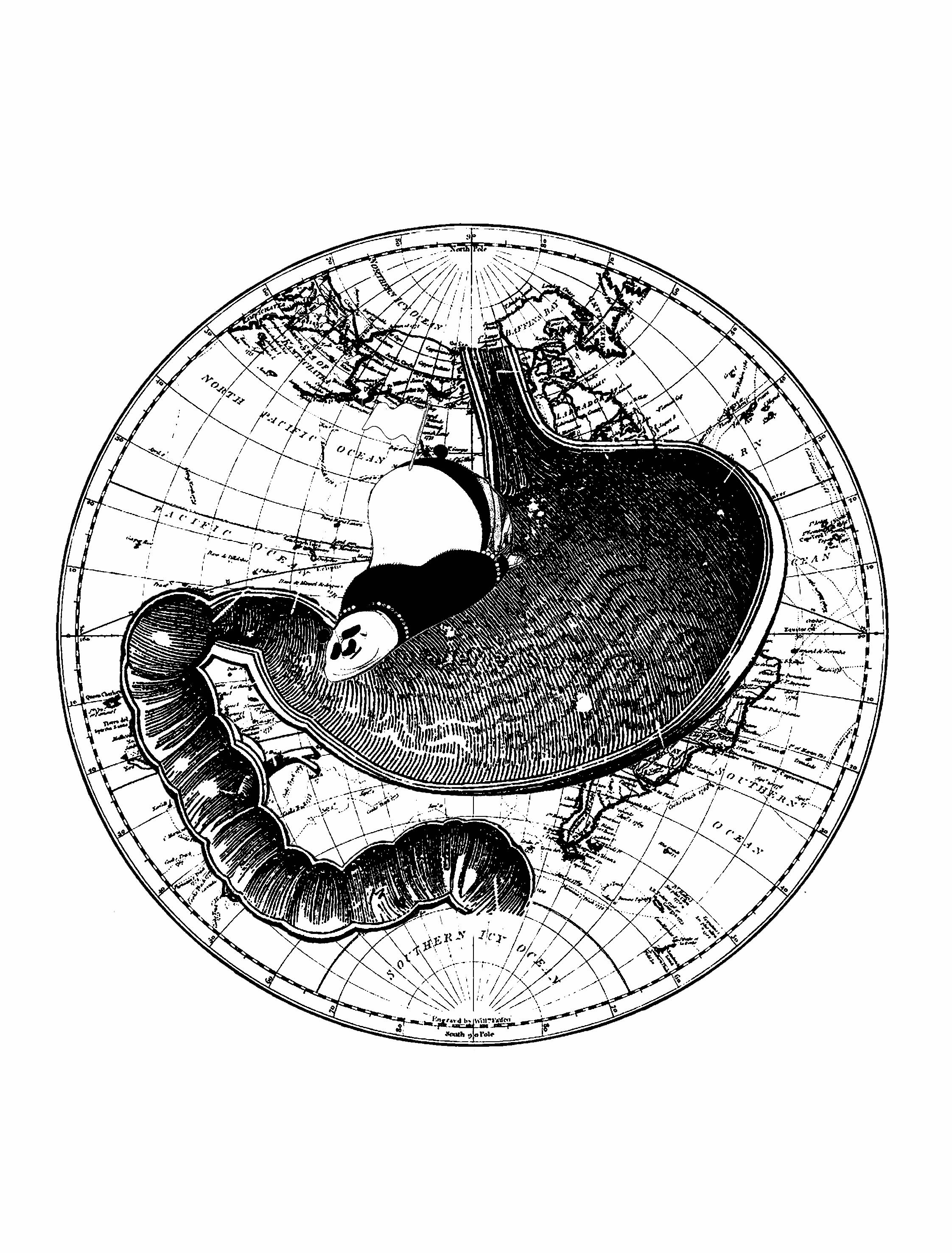 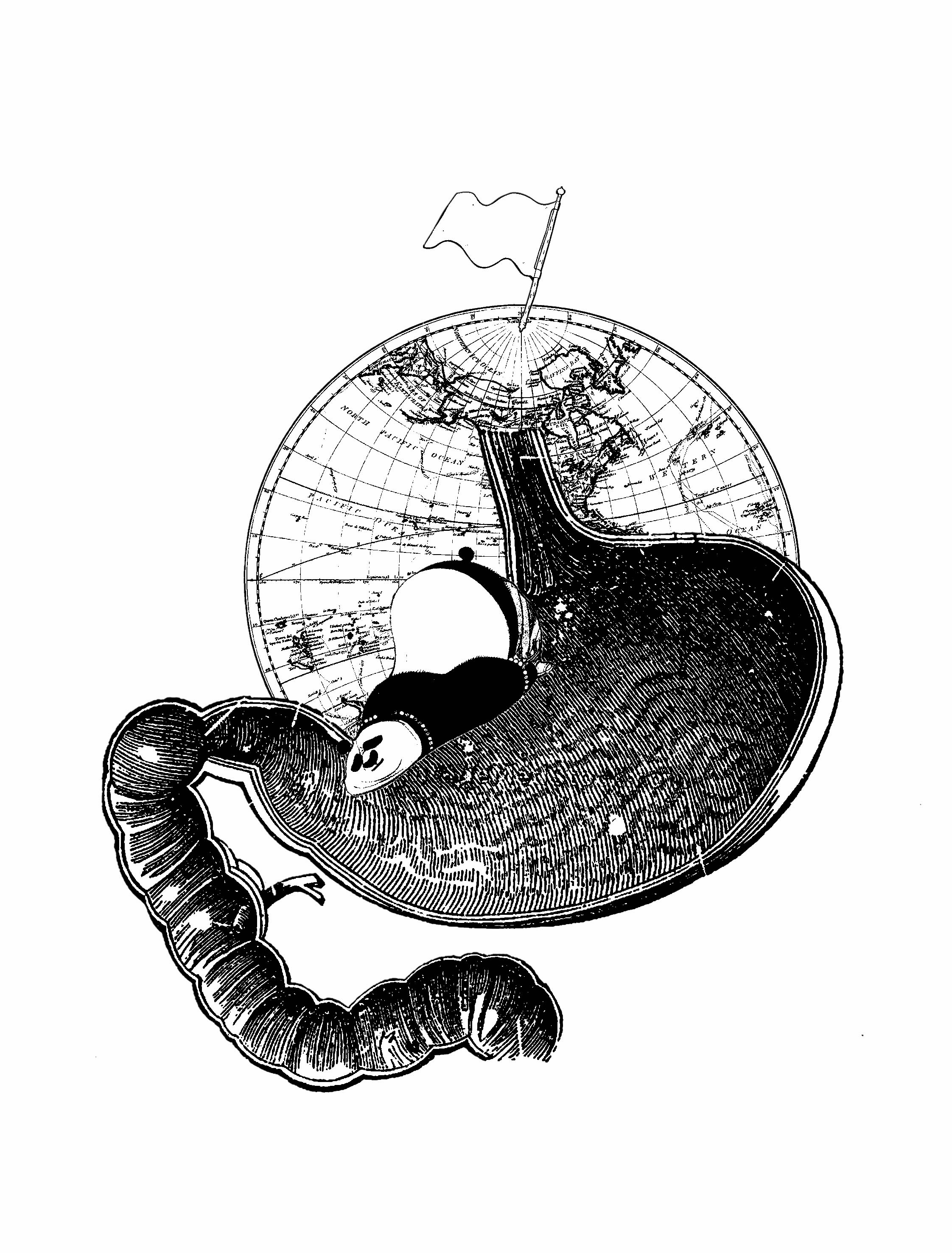 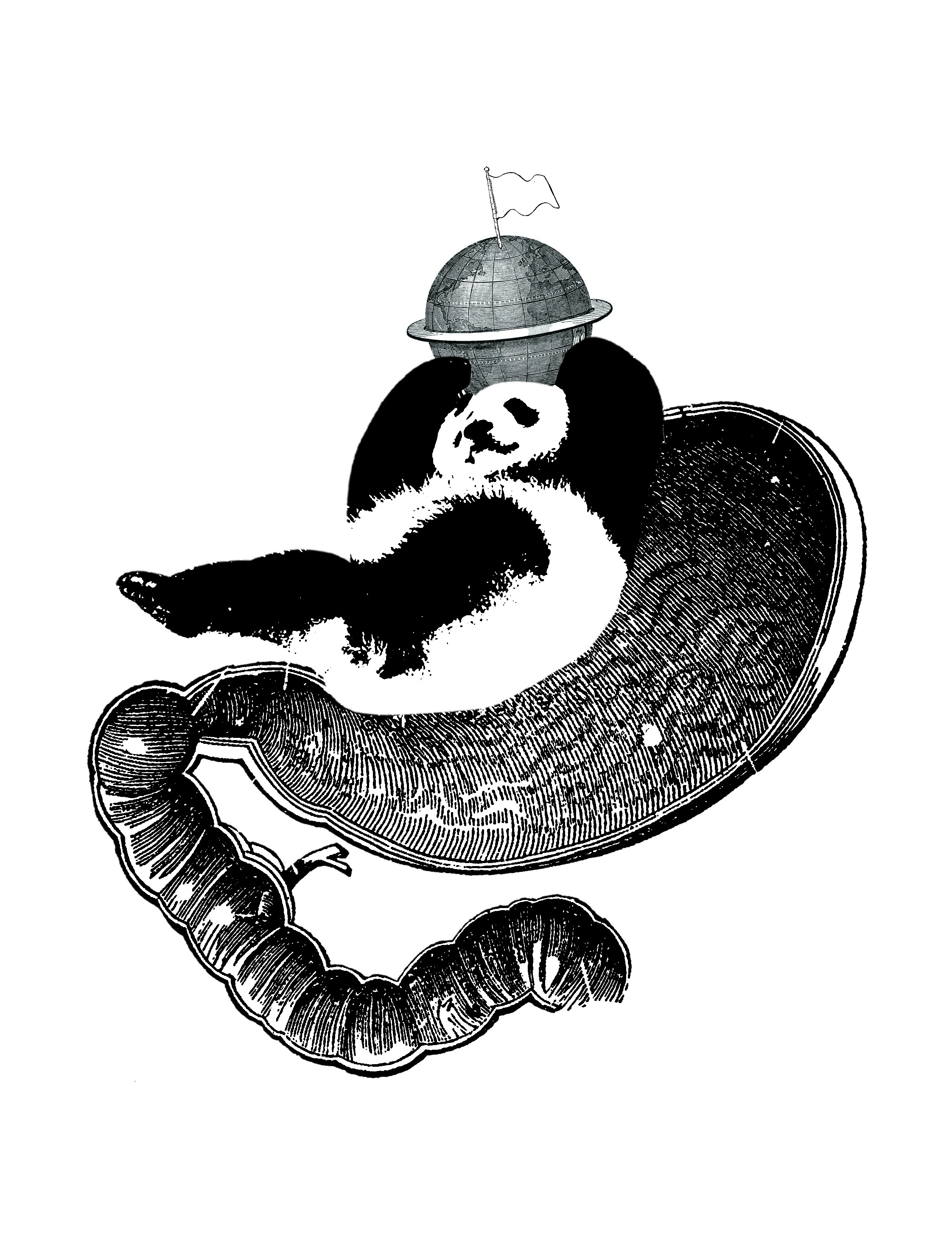 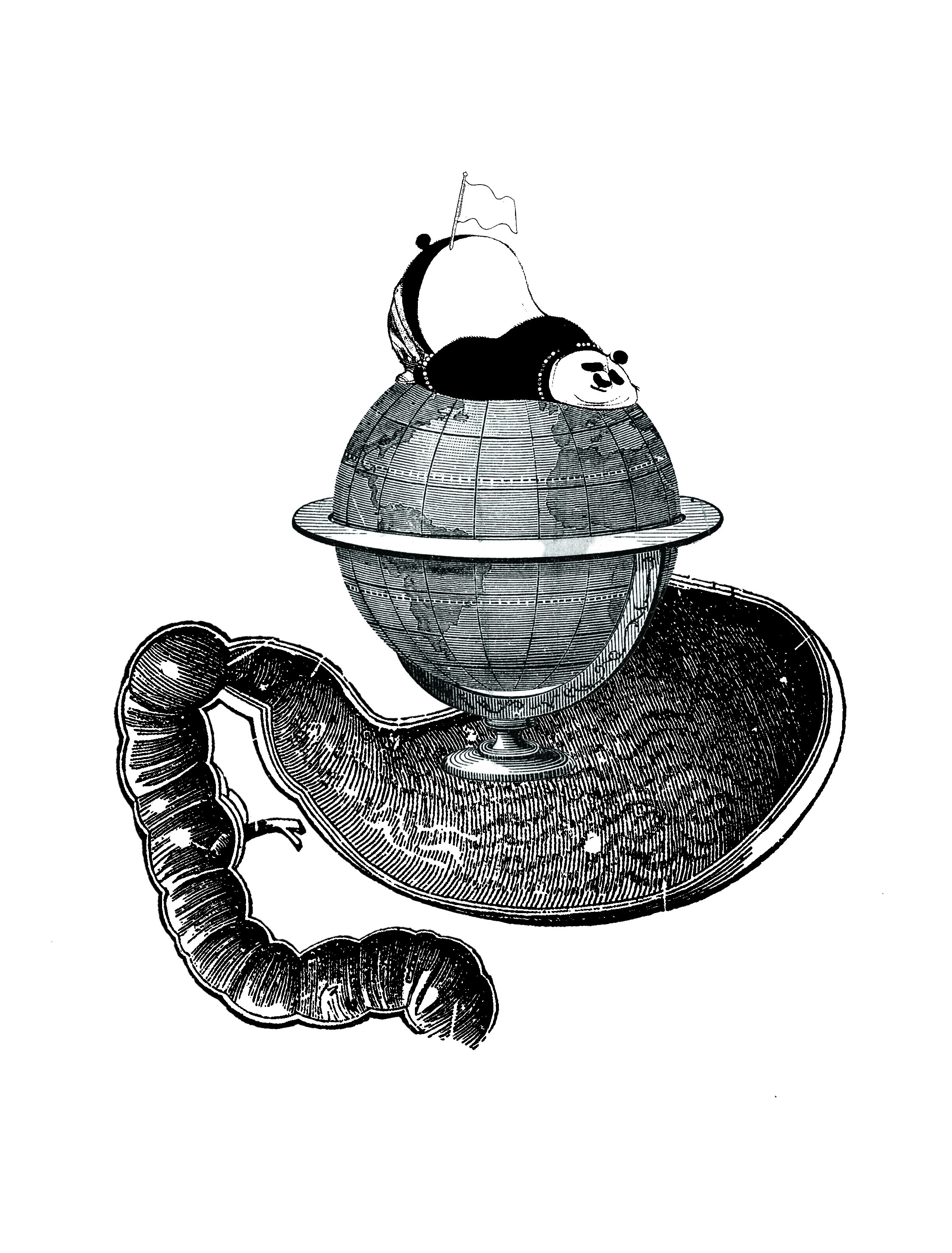 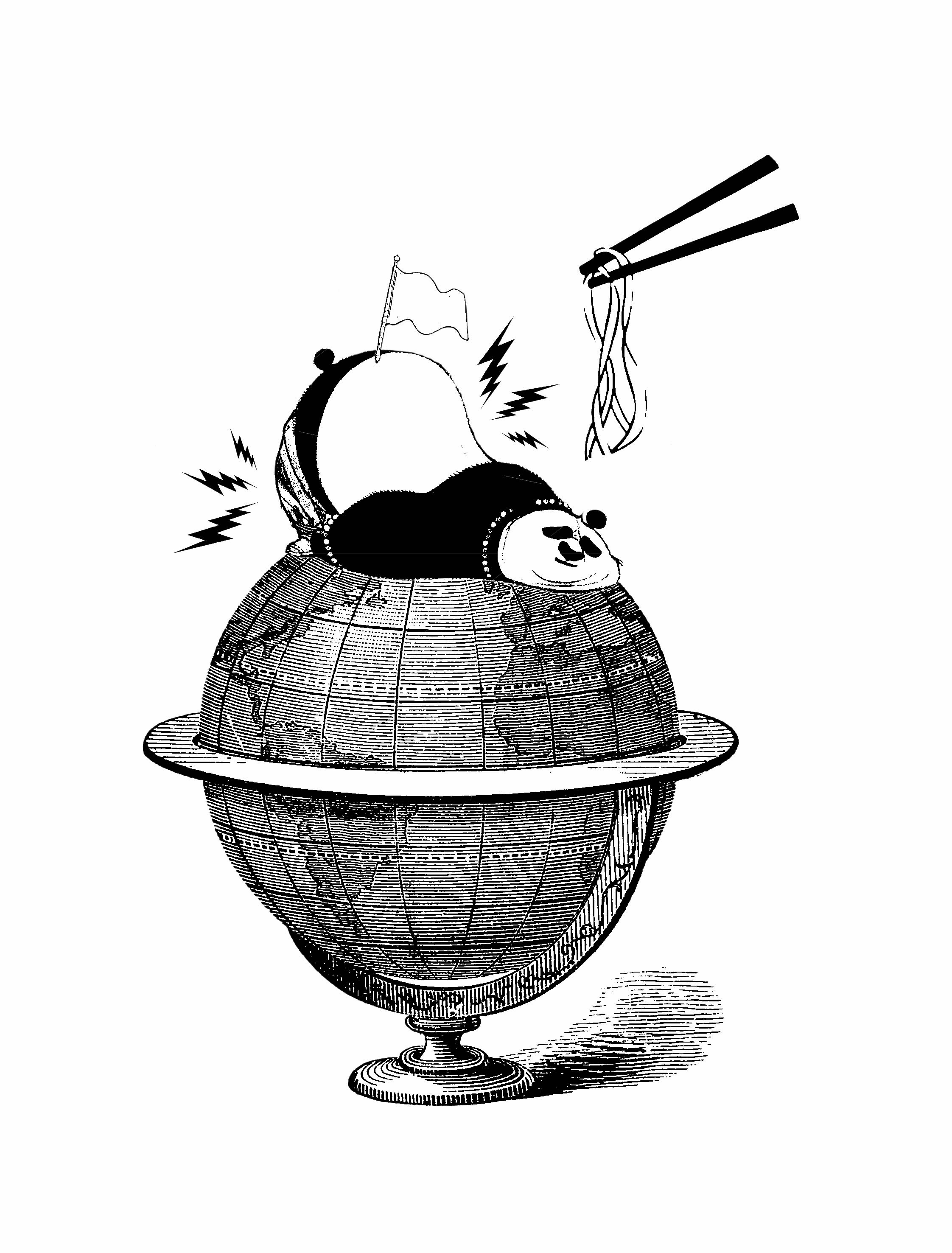 This concept revolves around the usage of x-ray to reveal the fact that Po’s stomach is empty, and hence this causes him to be unable to concentrate on saving the world. 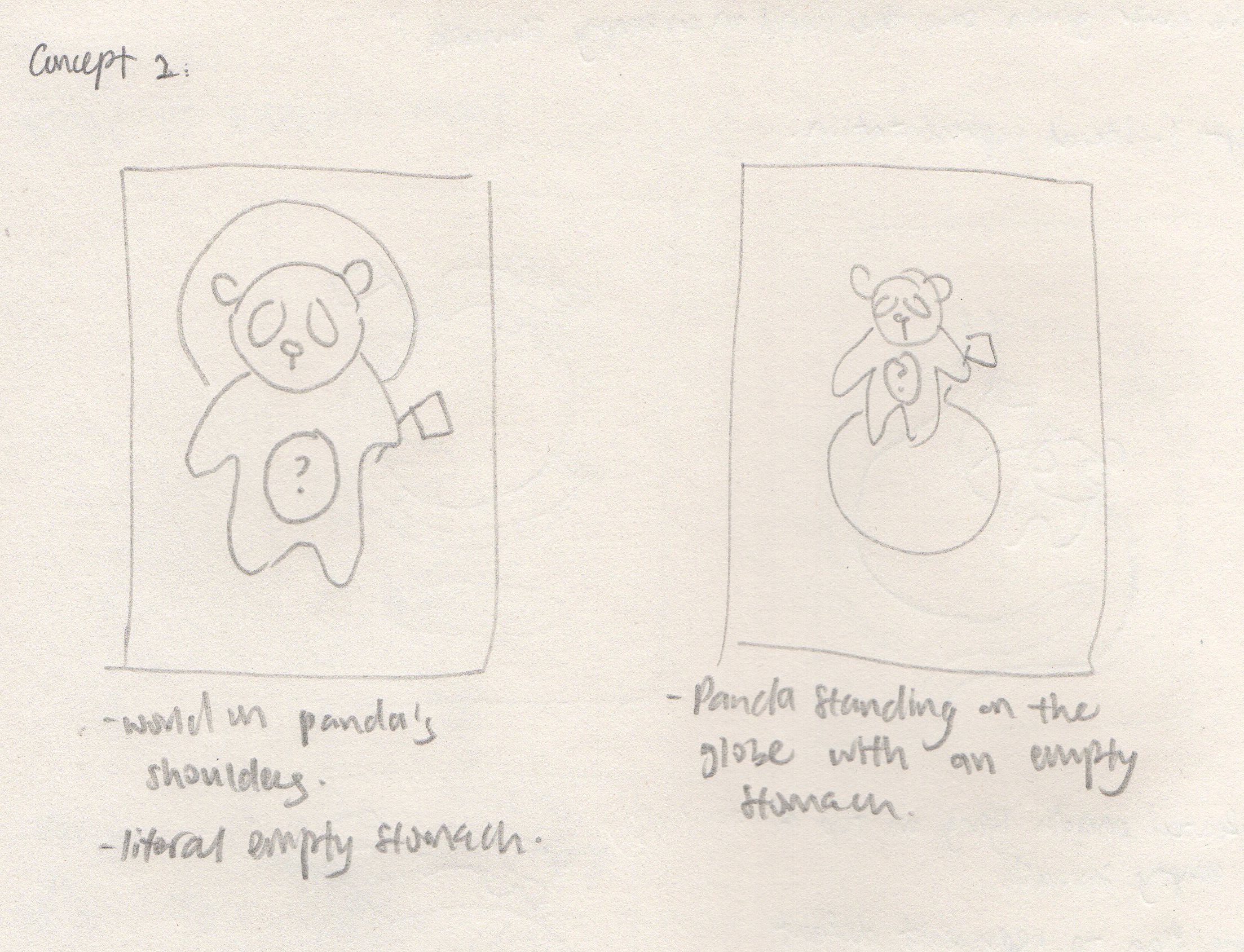 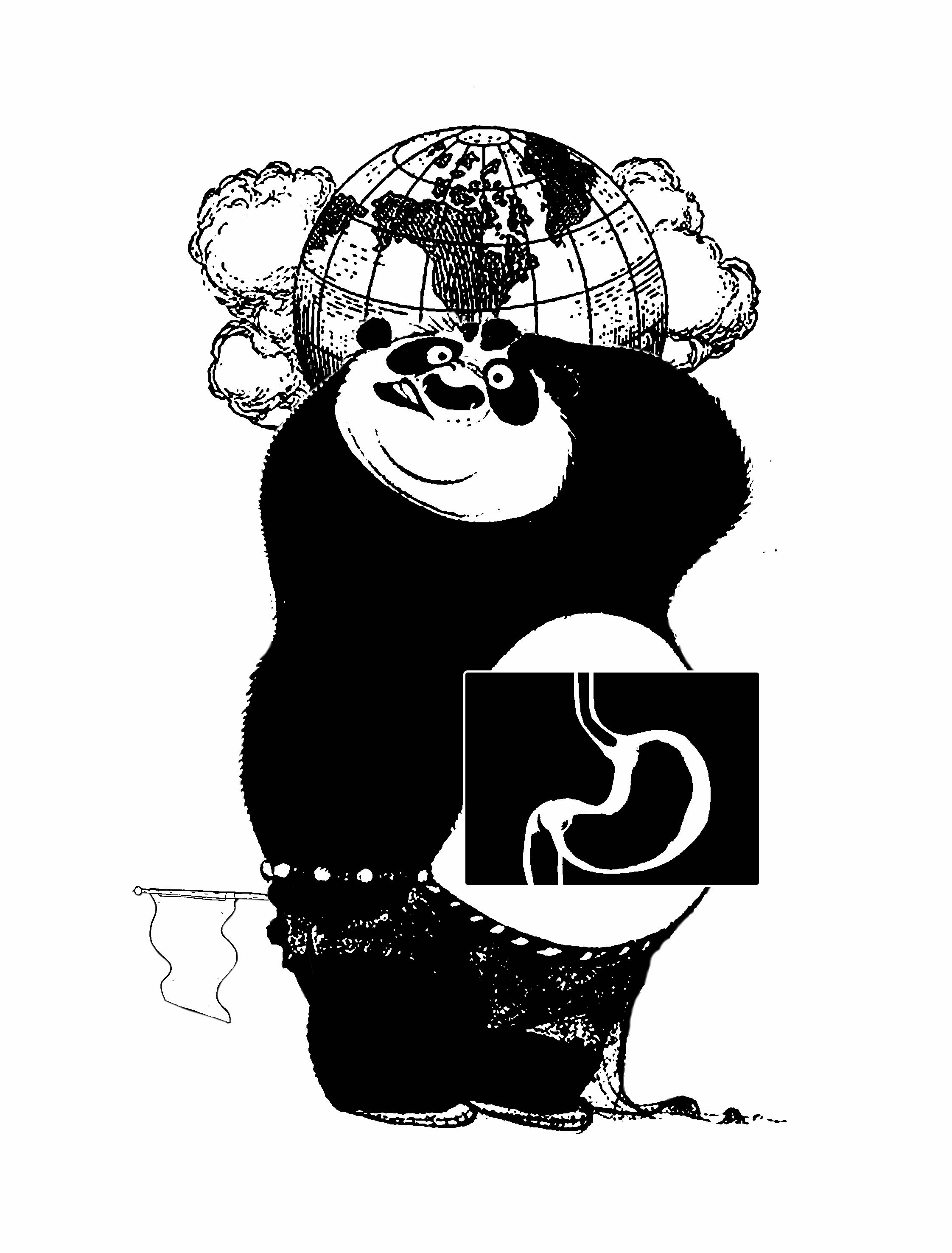 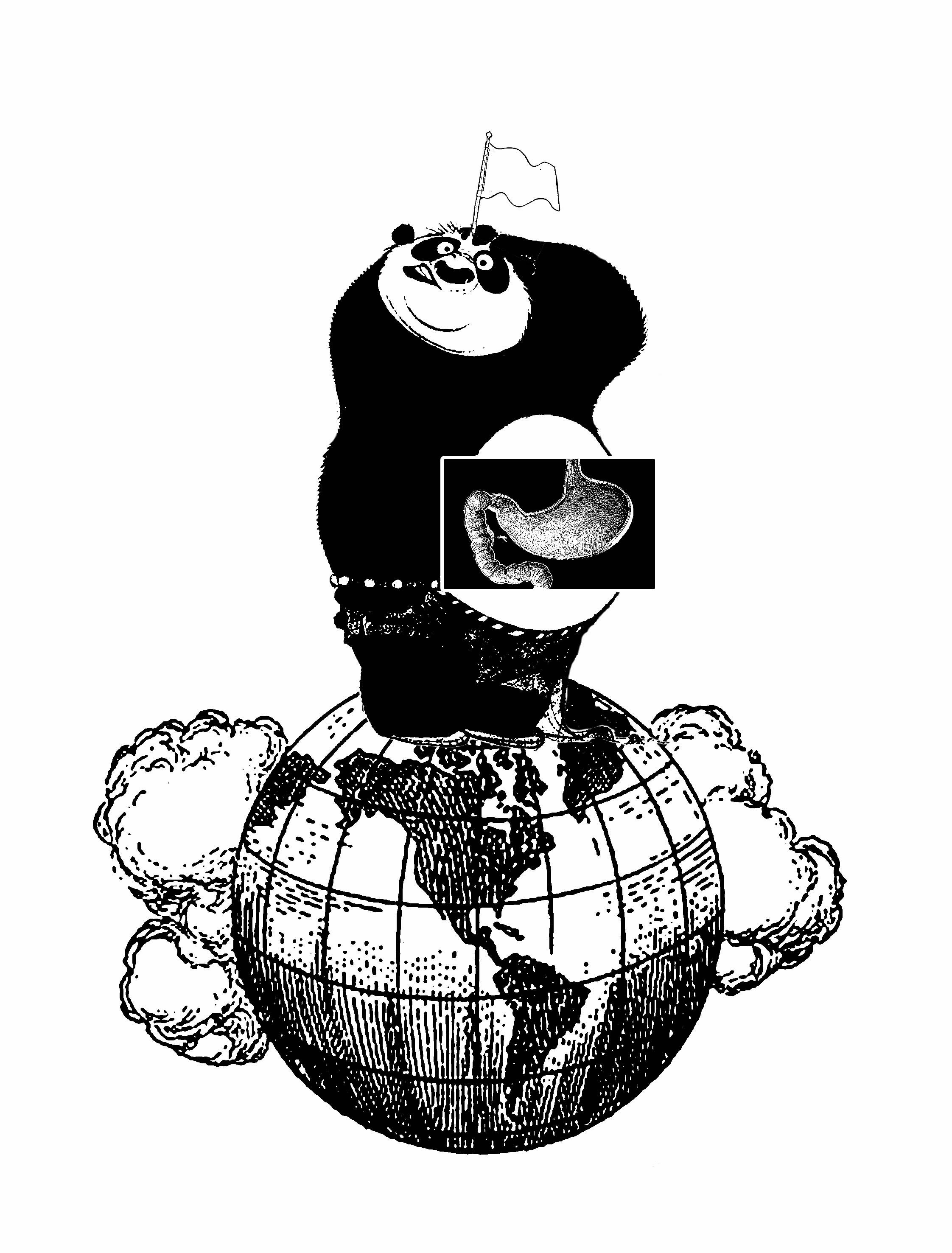