Inspired by the works of Blast Theory, a UK-based performance group that creates interactive performances that engage the public community in site-specific locations, we were assigned to re-create similar collaborative performances using Singapore as our stage. We will be using the social media, Instagram as a secondary platform, with the public as participants and viewers. The performance that we create aims to stretch art into life, breaking the boundaries between the artist and the audiences while incoporating the concept of #DIWO and #GLitCharT.

Introducing our on-location performance project, “Let’s Play Stranger Things,” which will devise a narrative that plays off interactions with strangers and the media. The players will be the artist of the game by collaboratively drawing a portrait. #DIWO

The incentive that these players get is that they will become part of the performance as co-artists, creating a collaborative art piece, hence creating a sense of shared experience and community.

How the activity goes: 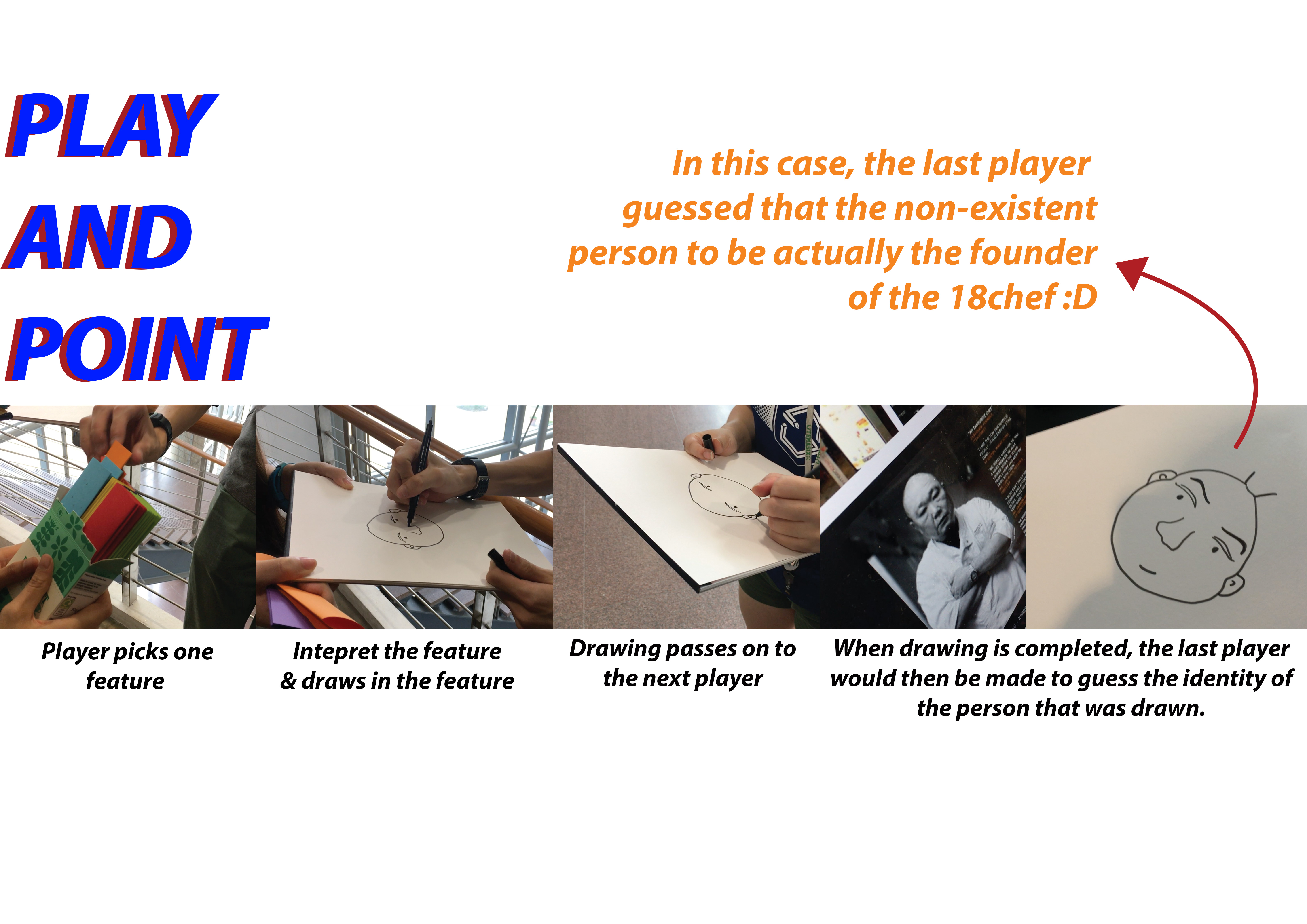 Plot Twist: The feature does not lead to a specific identity, as such the interpretation of the drawing is fully dependant on the guesser as such it creates this rather interesting phenomenon in which the guesser is trying to guess a non-existent character.

#GLITCH | As each person has different drawing capability, the drawing being passed onto each drawer would then be a form of glitching as the drawing either gets clearer and closer to the actual person or gets more and more diverted.

Moreover, for each rejection, a glitch would also occur. Instead of the picture of the drawing and the drawer being posted, a black screen would be posted, breaking up yet forming part of the narrative.

In order to ensure the smooth process of the project on the actual day, we decided to have our trial in ADM and allow our peers to help us in testing out the project.

Changes | While we were working out the flow of the project, we actually came to make some changes to the initial concept of the piece. Rather than  having the features of a specific person drawn, we eventually decided to have random features being pieced together and allowing the last player to determine who the person which is non-existence is.

Since the drawing would be rather glitched up in the first place, we thought that it would be much more fun to allow the player to identify the person who is drawn merely based on the mindset that the drawing- Is indeed a person.

On the day of the actual experimental project, we went off on our adventure around NTU, looking for drawers to glitch it up. Overall, we manage to obtain 6 complete drawings, involving around 60 players in total. 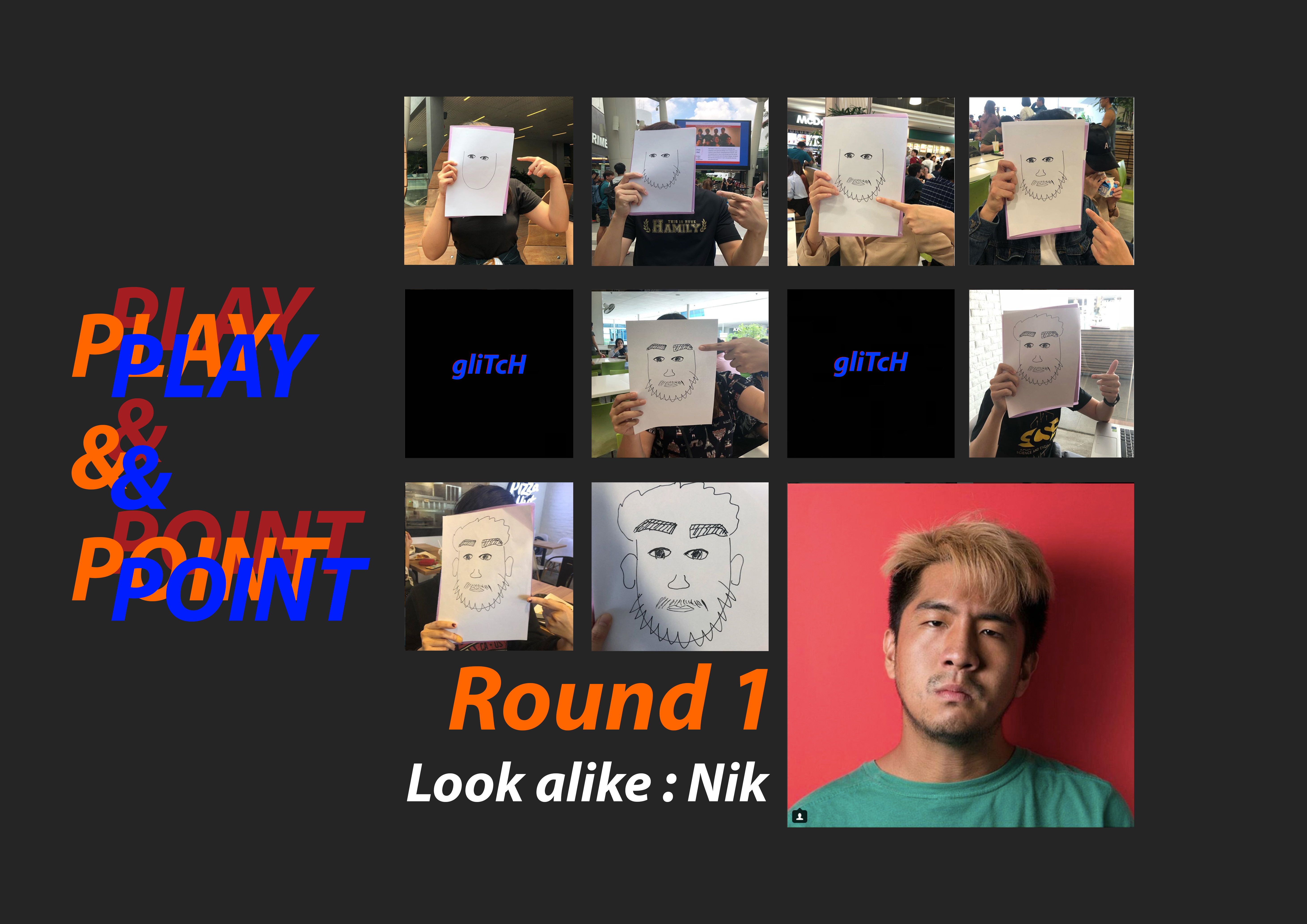 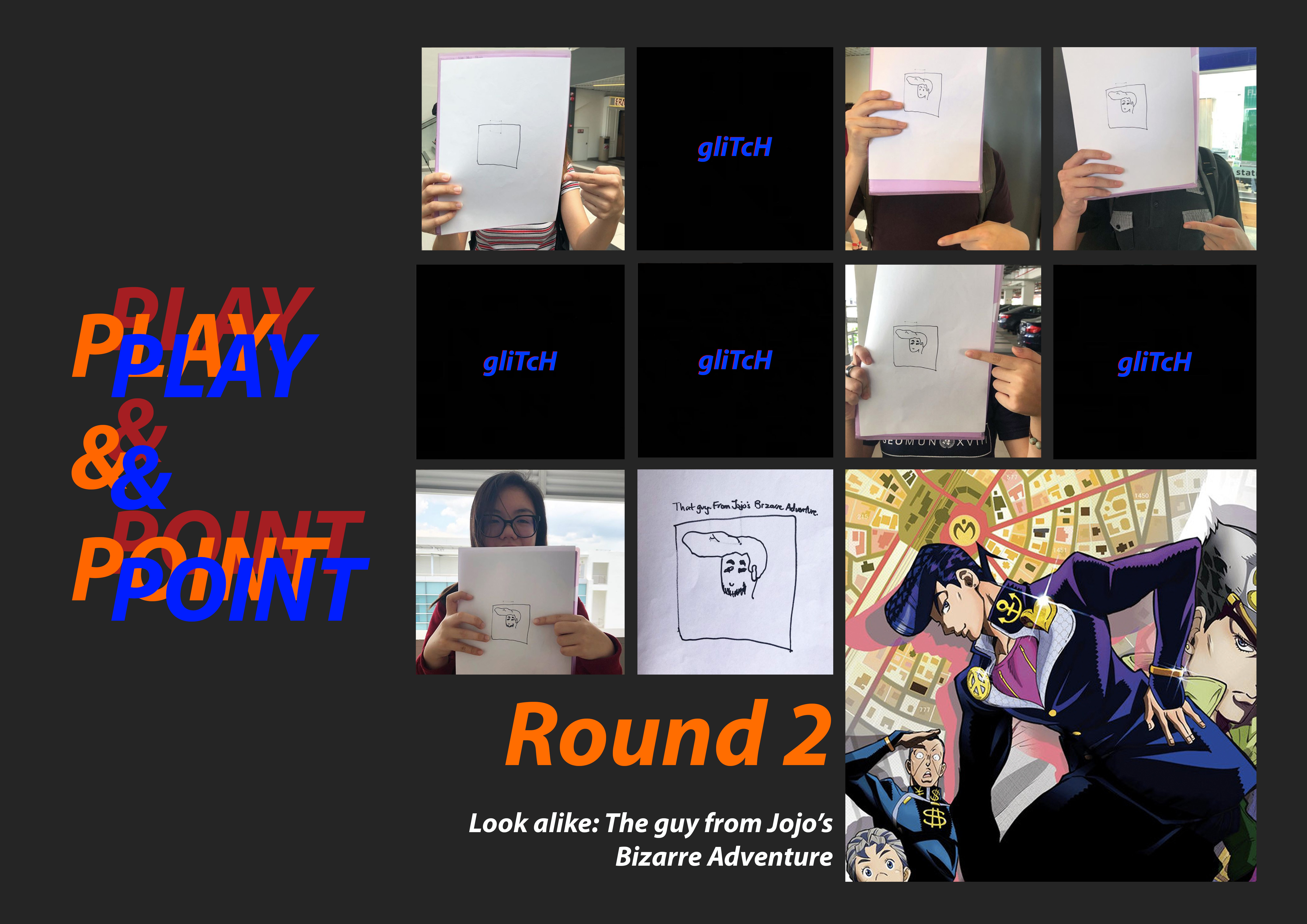 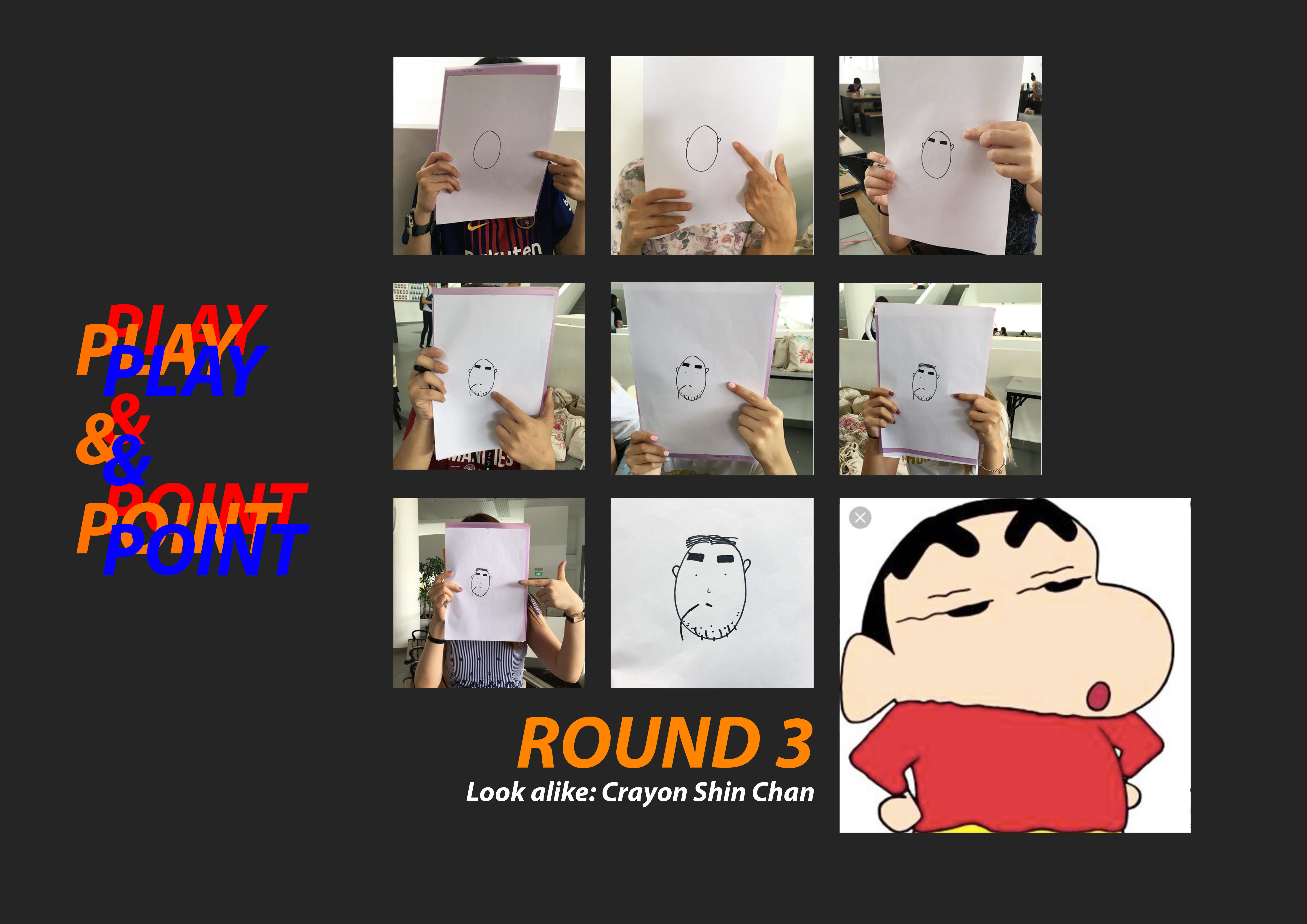 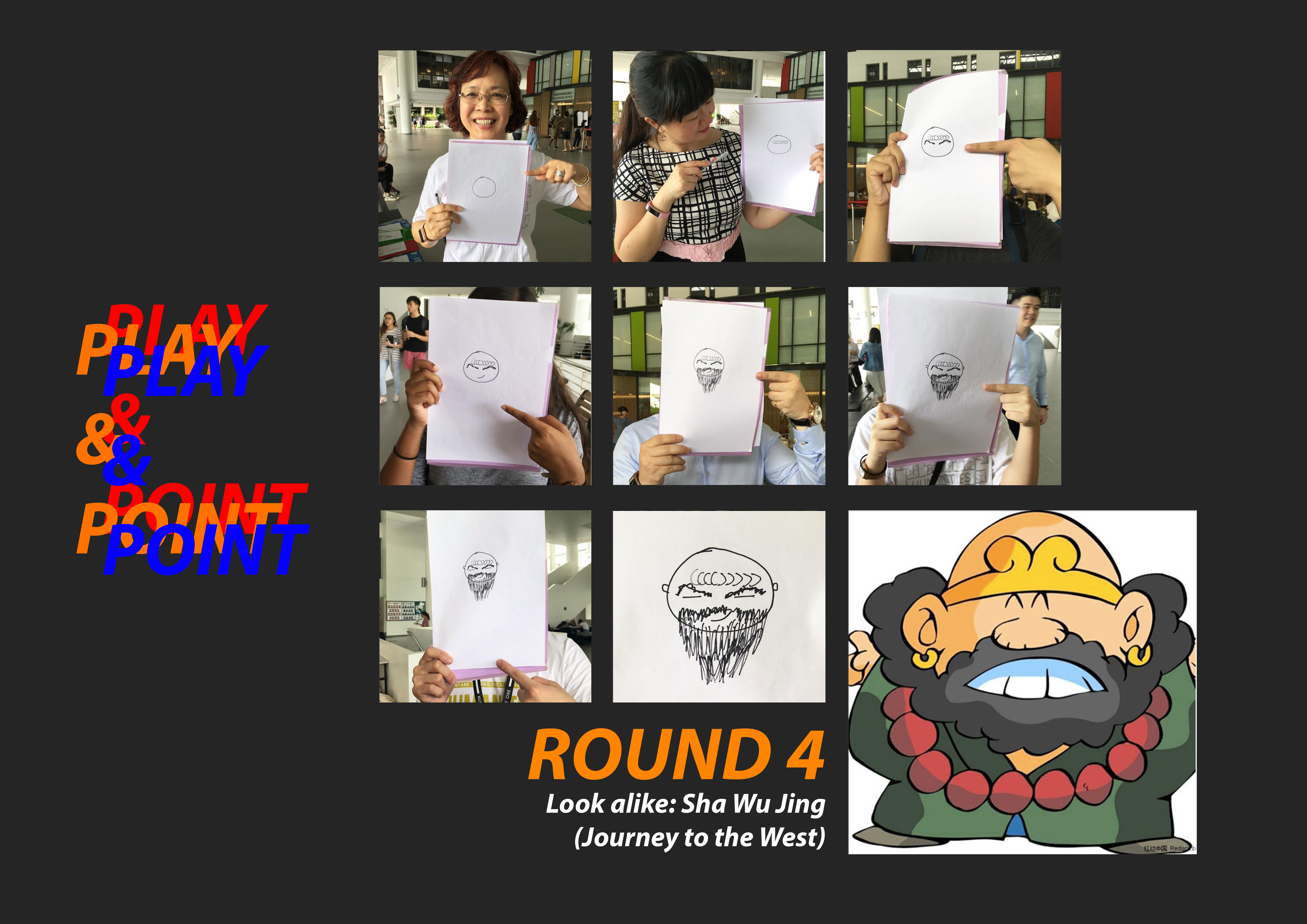 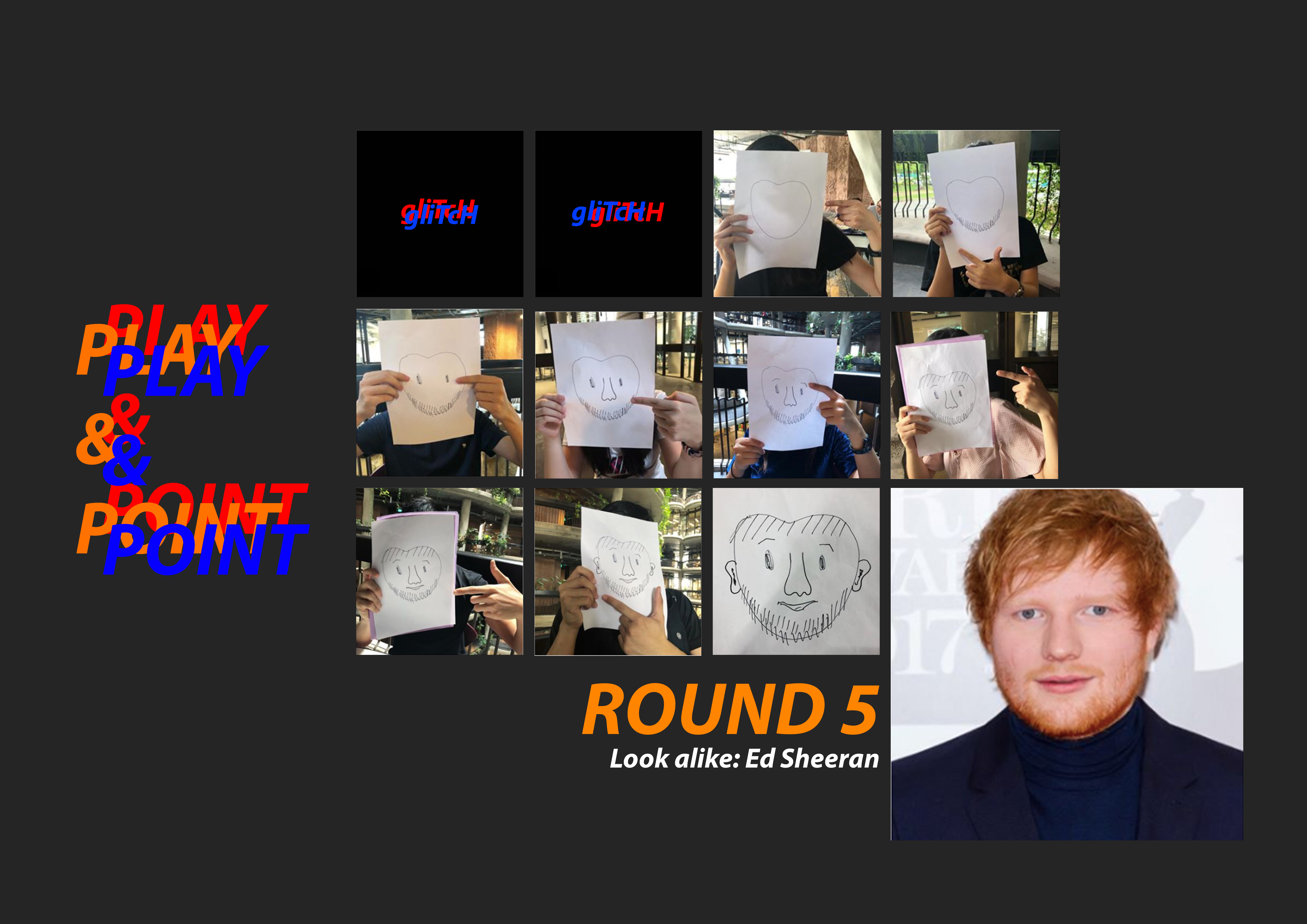 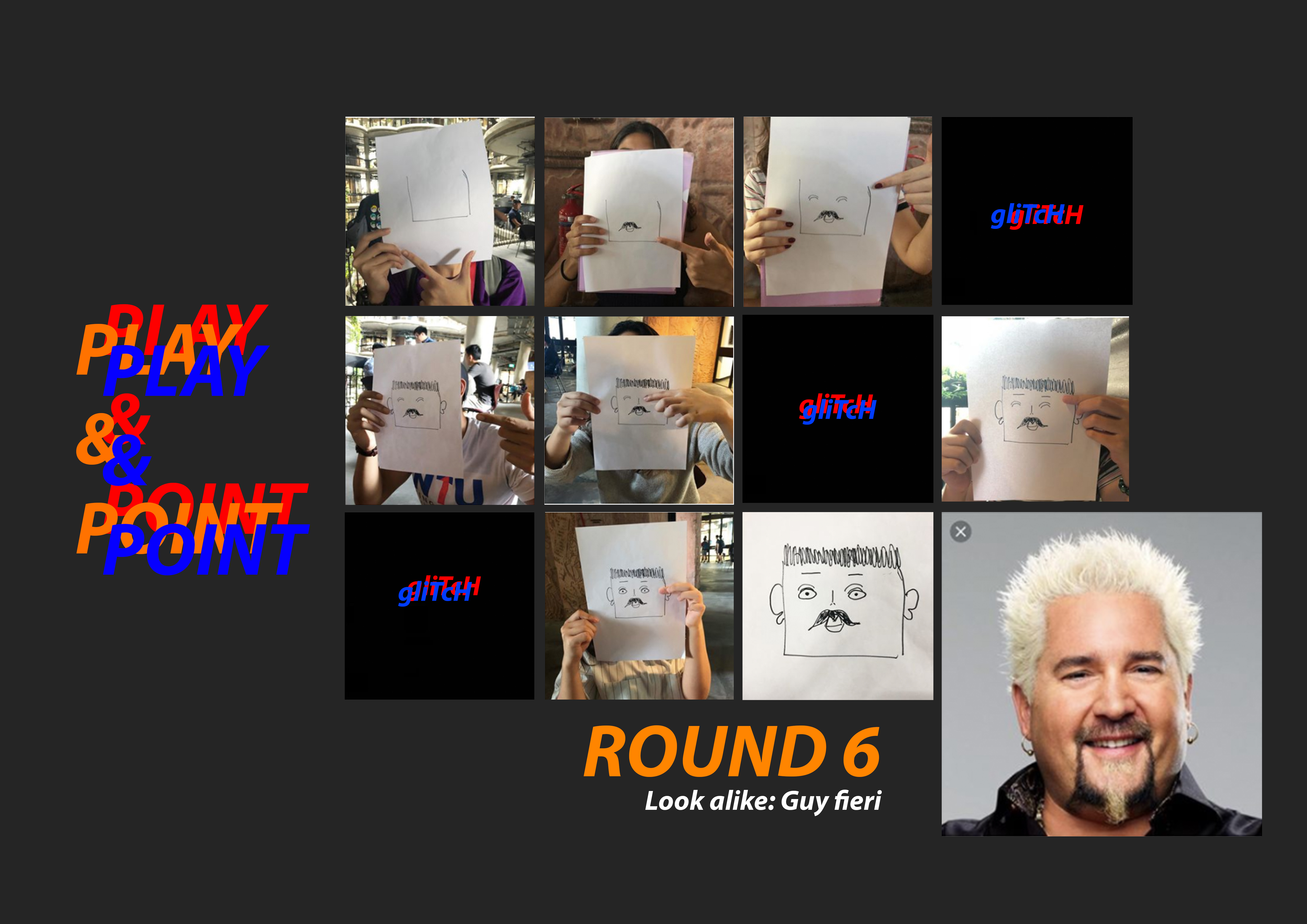 Moreover, to give the players an idea of what is going on, our instagram page were also given to them in order for them to follow us and get the whole narrative of the project. 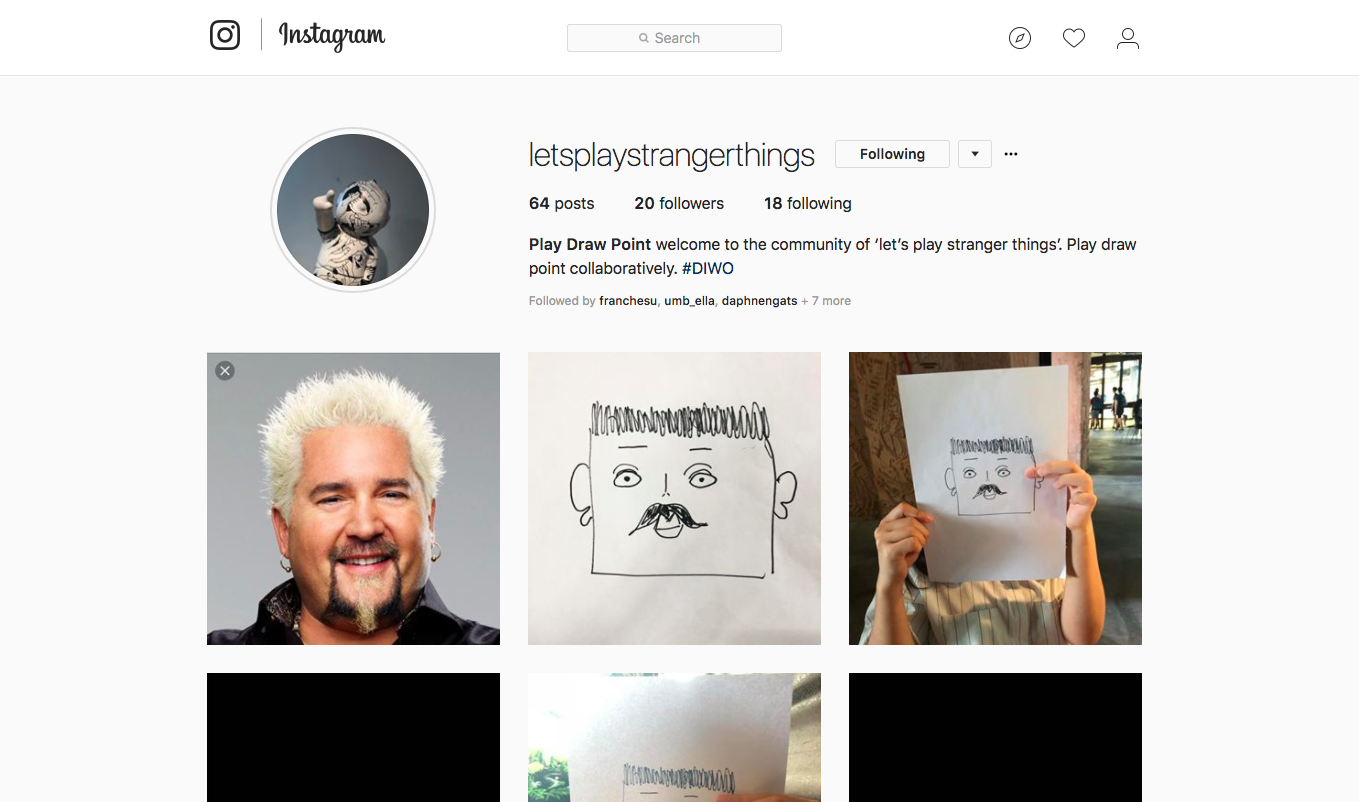