For my dog prototype, I decided to make a wayang-inspired puppet to capture the running movement of the dog. My initial idea was to make use of gears to imitate the dog’s movement (as shown in the video below), but it was too complicated for me to figure out since it requires engineering and math, so I stuck with the puppet instead.

Made out of cardboard, ice cream stick, satay sticks and pins. 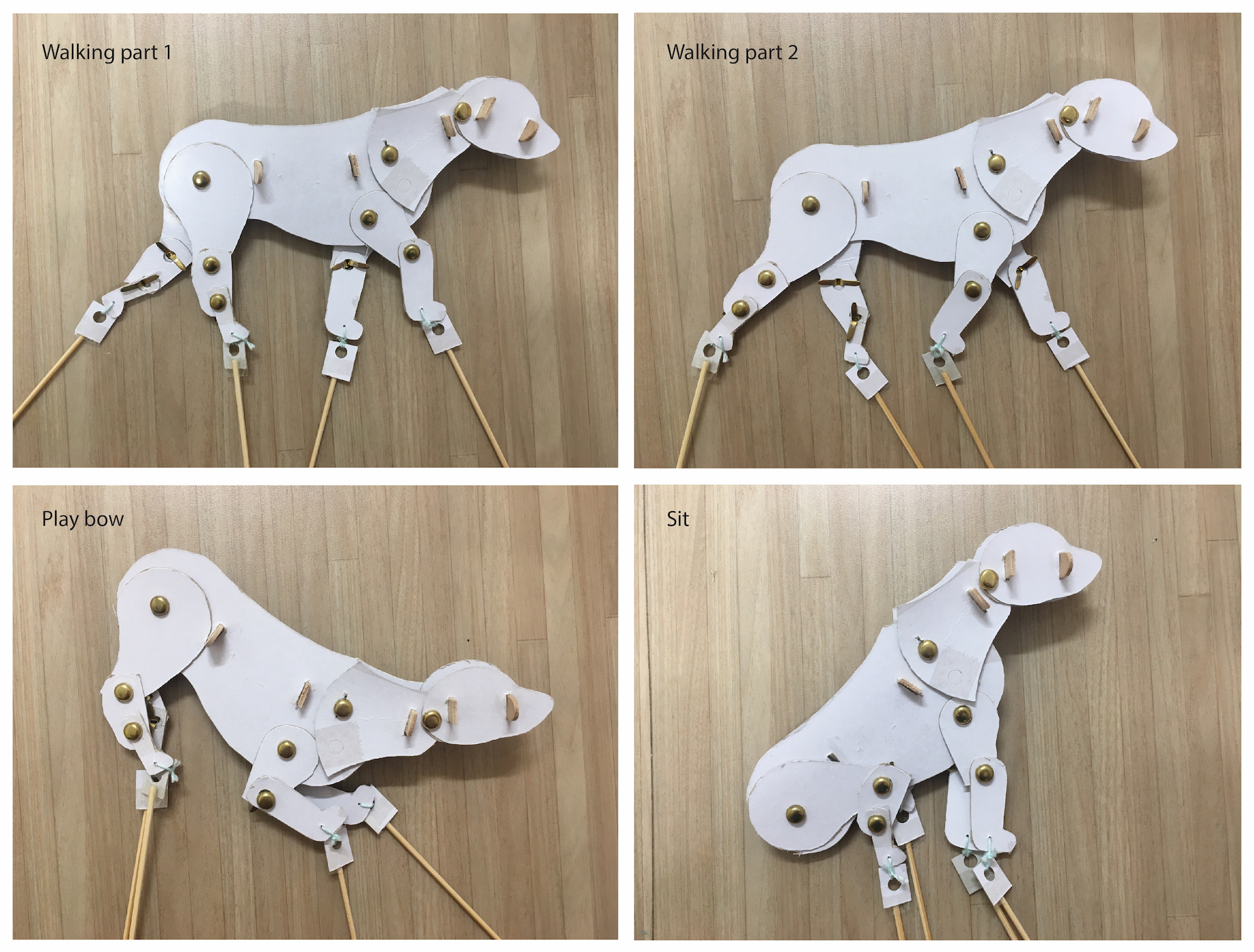