After presenting my primary research on Holland Village, here are the comments from Mimi:

Therefore, I decided to make another trip down to Holland Village and conduct more interviews to get additional insights about the place.

Even though Holland Village is well-known for the expats and hipster cafes, I wanted to focus on the local aspect of it, mainly Holland Road Shopping Center and other shops that . It has intrigued me ever since I first laid eyes on it because it is so unexpected to find a mall like this in the middle of a ‘hipster heaven’.

Independent Market is a store that carries novelty items that reflect the Singaporean culture (as you can see in the photo above).

I managed to have a chat with the friendly lady who had been working at the store since November last year. All in all, she felt that Holland Village had a different vibe from other neighbourhoods because it is more atas. Despite it being atas, she was relieved and surprised that she could still get affordable food because of the hawker center. Before working at Holland Village, her impression of it was the stretch of bars and felt that people (expats and locals) came here mainly to drink.

Another aspect of Holland Village that caught her by surprise was the Holland Road Shopping Center. Despite its rather run-down facade, she felt that there were many interesting things in the shop. She recommended me to talk to the owners of a batik shop and learn more about their stories.

She also mentioned that this particular store is one of the oldest and first stores in the entire mall and has been around for 30+ years. Originally, this store was an upholstery business, not the Independent Market that we know now. They catered mainly to the expats back in the day and even till today, many expats still buy upholstery items from this store because they love the charming designs. 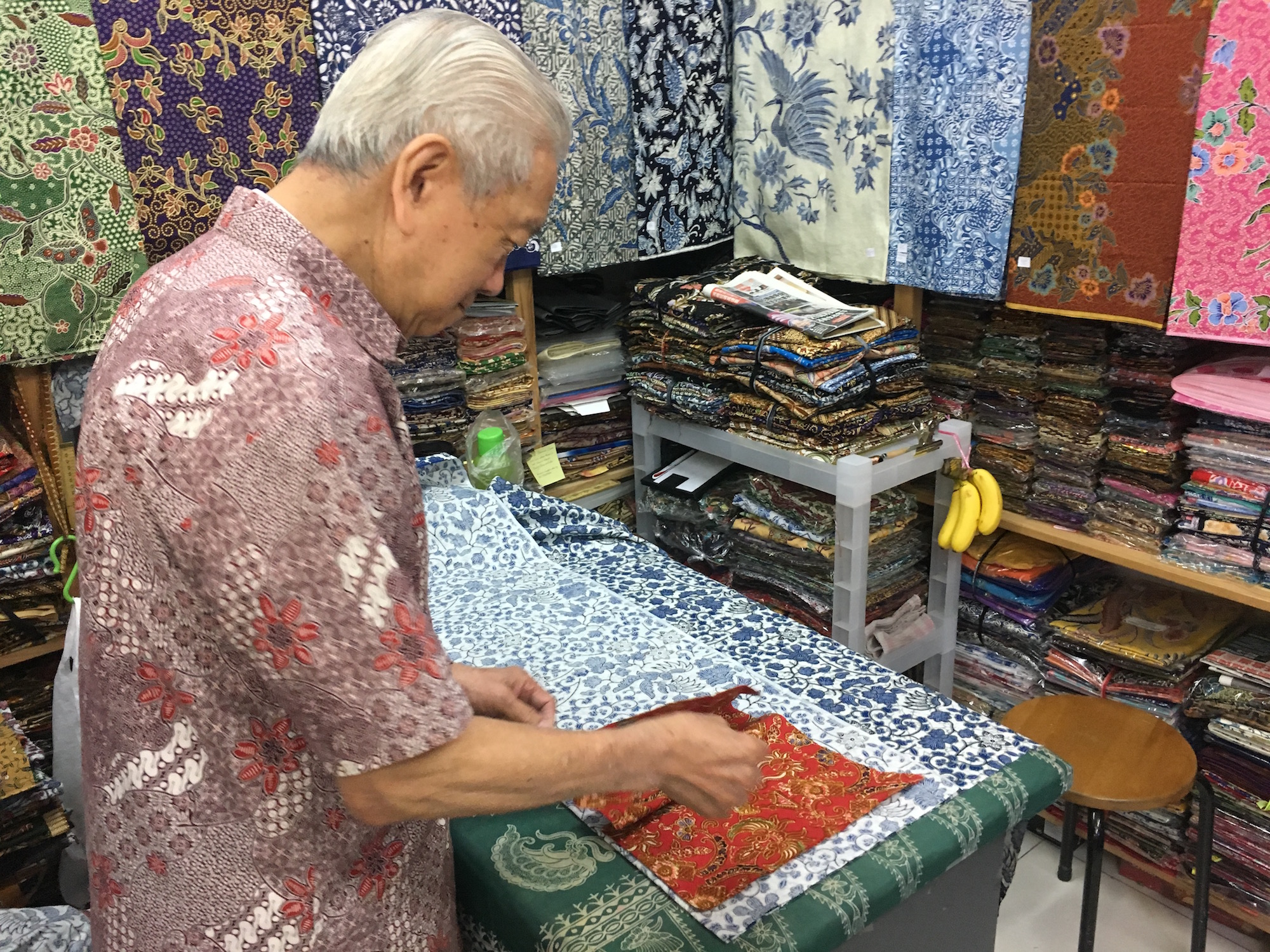 Next up, Wellie Batik Fashion, which was recommended to me by the lady from Independent Market. This store is owned by Mr Ang Kum Siong, who is currently 92 years old.Over here, I managed to have a chat with Mr Ang himself and his daughter. His son was around too but was busy attending to customers. This store has been here for over 40 years and all the batik items sold are handmade by Mr Ang himself. He said that the reason why he chose to open his store in Holland Village is because this line of business is heavily dependent on the expats. While there are locals who patronise from his store, most of his customers are expats who buy these batik pieces as souvenirs. Locals don’t seem to be too interested in these.

It is amazing that Mr Ang managed to pick up sewing all by himself and run such a successful business for so many decades. Now, he is running the store alongside his son and daughter. To keep up with the times, they opened an online store and it helps to bring in revenue for them too. Mr Ang and his daughter even showed me photos of celebrities patronising their store and it is heartwarming to see them being so proud of this store that they had built.

Mr Ang’s store has been featured multiple times on the news, here is one of the articles.

This party shop stands out amongst the modern cafes and banks. It retains the 60s vibes with the traditional store design – green tiles and signboard. I had a chat with the grandson of the shop owner, who is already in his 50s. He himself grew up here in Holland Village. I think that it is interesting that he mentioned that there used to be a lot of expats, but now there is a good ratio of locals to expats. He said that Holland Village used to be a lot more famous in the past and the British army would patronise the shops here.

However, due to the economy now, his store isn’t doing very well. The shop owner admitted that he would consider closing down the shop if it really isn’t sustainable. It’s a pity because this store has been around for more than 100 years, it was opened by his grandfather, then passed down to his father and now to him.

I really enjoyed my chat with this shop owner and he even recommended me places to shop and eat at in Thailand!

Image source: Time Out Singapore. (2018). Thambi Magazine Store. [online] Available at: https://www.timeout.com/singapore/shopping/thambi-magazine-store [Accessed 13 Mar. 2018].Unfortunately, I didn’t get to talk to the owners of this store personally but I did gather a substantial amount of information online!

Thambi Magazine Stand was opened by Periathambi G, more affectionately known as Mr Thambi. Seeing how his father used to deliver newspaper in the Selegie area, Mr Thambi was inspired to continue this tradition and opened this store. Today, Thambi Magazine Stand is run by his grandson, Sam.

← [F&V] Pandora Revisited: The Sacred Pandora Ritual
[EI] Micro-Project #8: I Am My Desktop →