Unbeknown to many, Holland Village is the home to many stores that have long and rich histories that date back to the times when the British were still ruling Singapore. Hence, these stores used to cater to the needs of the British. Even though Singapore has come a long way since then, these stores are still thriving despite the economy. It’s also heartening to know that the younger generations are willing to continue the legacy of their forefathers.

The stores that I’ve decided to feature in this zine are Thambi Magazine Store and Money Changer, Wellie Batik Fashions and Khaim Teck Party Supplies.

Front and Back Cover 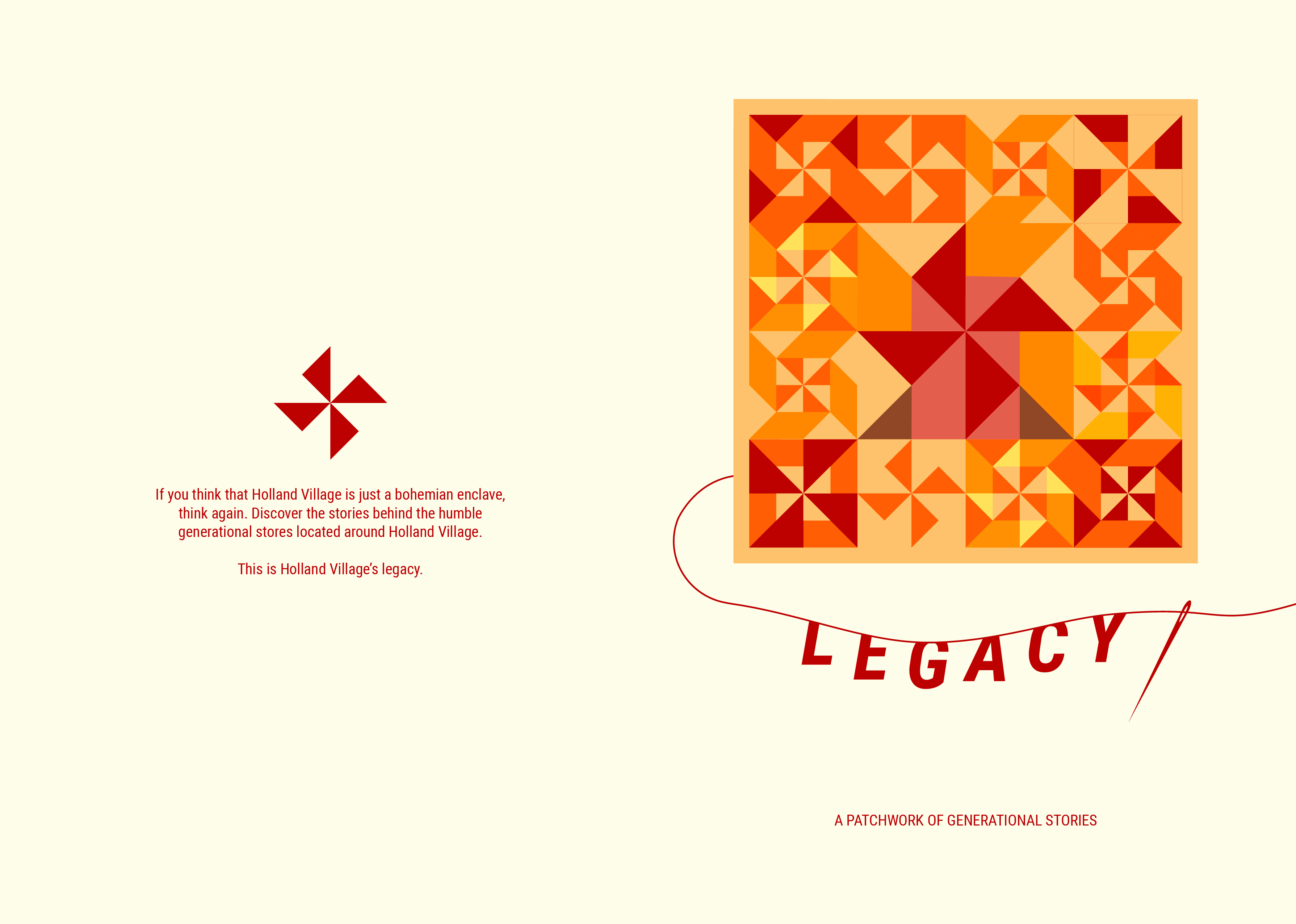 One of the most iconic stores of Holland Village, Thambi Magazine Stand and Money Changer carry over 4000 magazine selections. Many locals and expats alike flock to this store whenever they need to find a reading material that is not available elsewhere since the likelihood of finding it here is much higher!

This store was founded by Periathambi G, who was affectionately known as Mr Thambi. He used to deliver newspaper on bicycle in the Selegie area. Since then, this store has withstood the rise of technology and the test of time. Now, this store is run by Sam, the grandson of Mr Thambi. 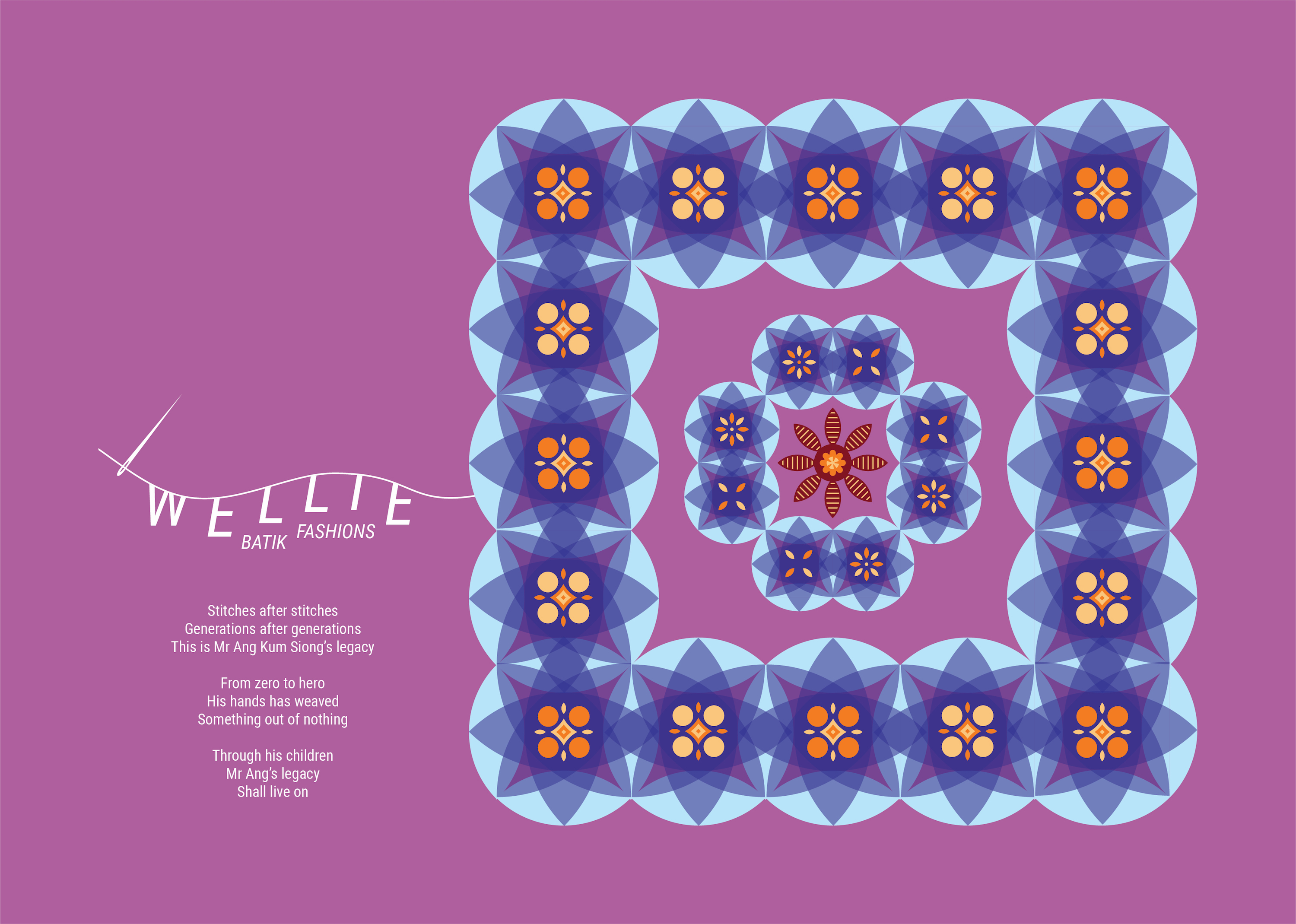 This store has been operating for over 40 years and all the batik items sold are handmade by Mr Ang himself. What is amazing is that Mr Ang taught himself sewing by taking clothing apart and observing how they are sewn together. The batik line of business is heavily dependent on expats and hence Mr Ang decided to open his store in Holland Village to cater to them. Today, Mr Ang runs his store together with his children. 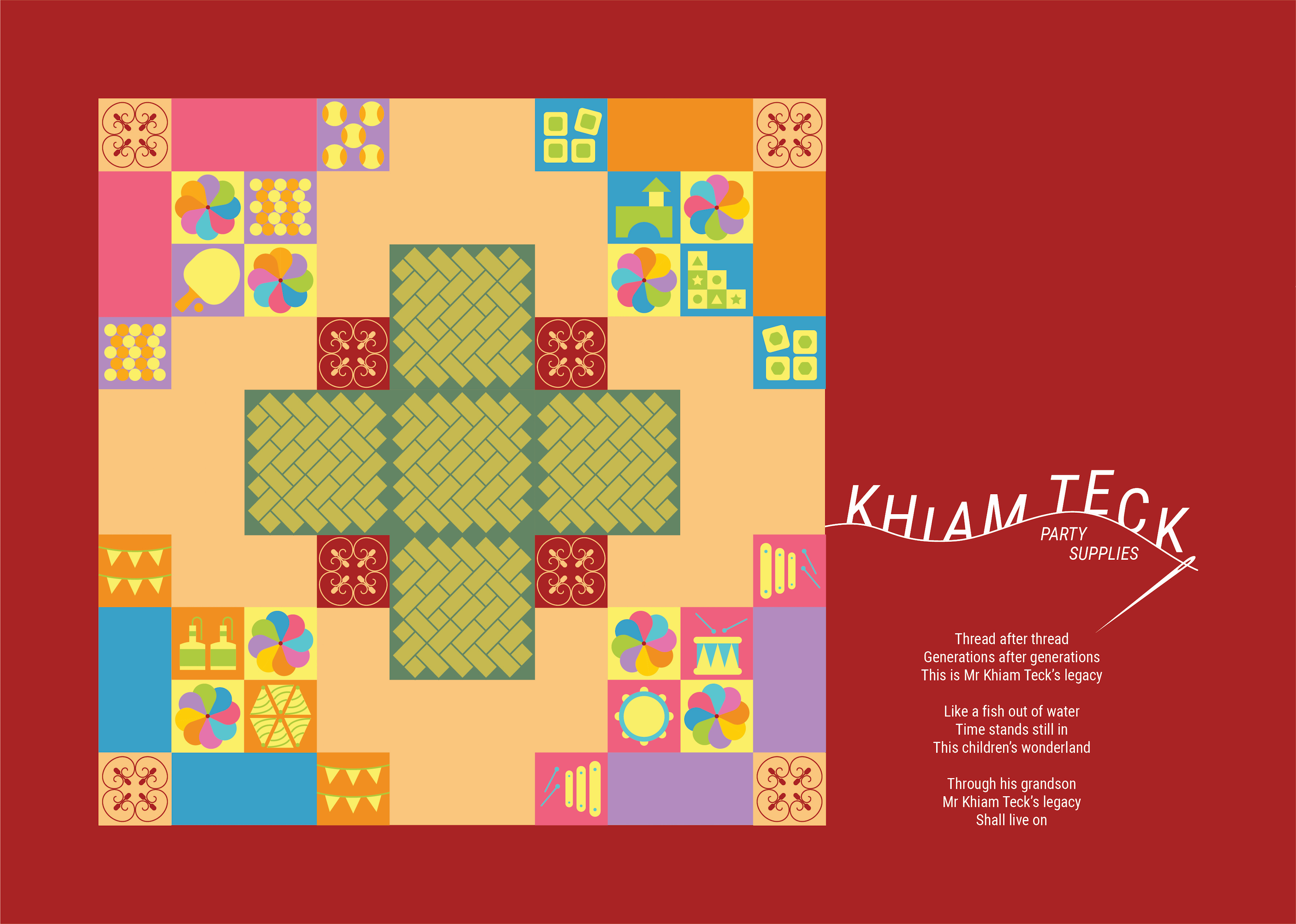 With its 60s store design, this party store is like a fish out of water in the midst of modern hipster cafes and banks. It exudes a nostalgic vibe with the traditional green tiles and signboard. The eclectic mix of old-school toys are definitely a treat for any child who wanders into there! This store is over a hundred years old and once catered mainly to the British as well. Now, this store is run by the third generation.

Tada! Here’s the final product! I opted for saddle-stitch binding because it is simple and straightforward. 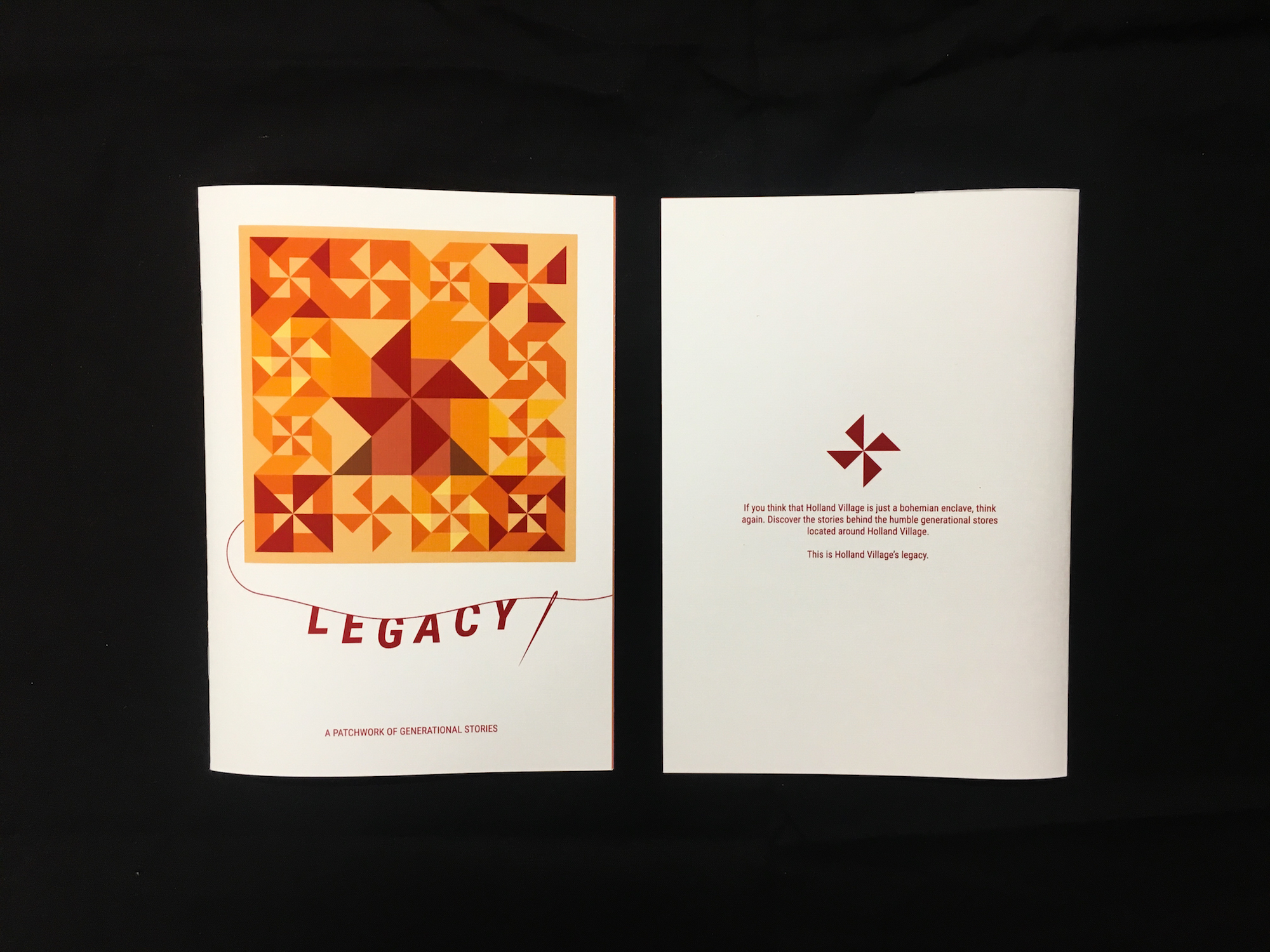 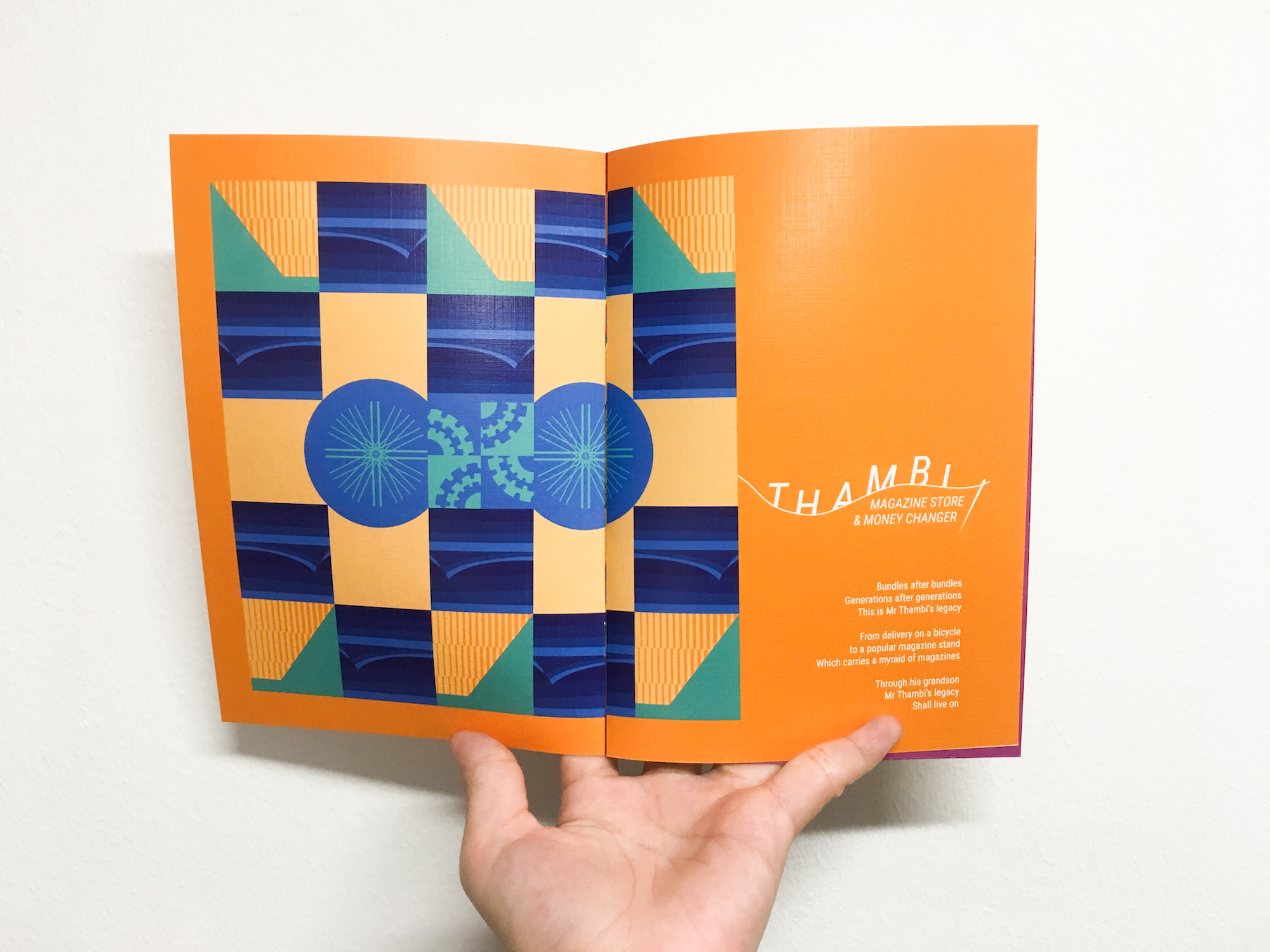 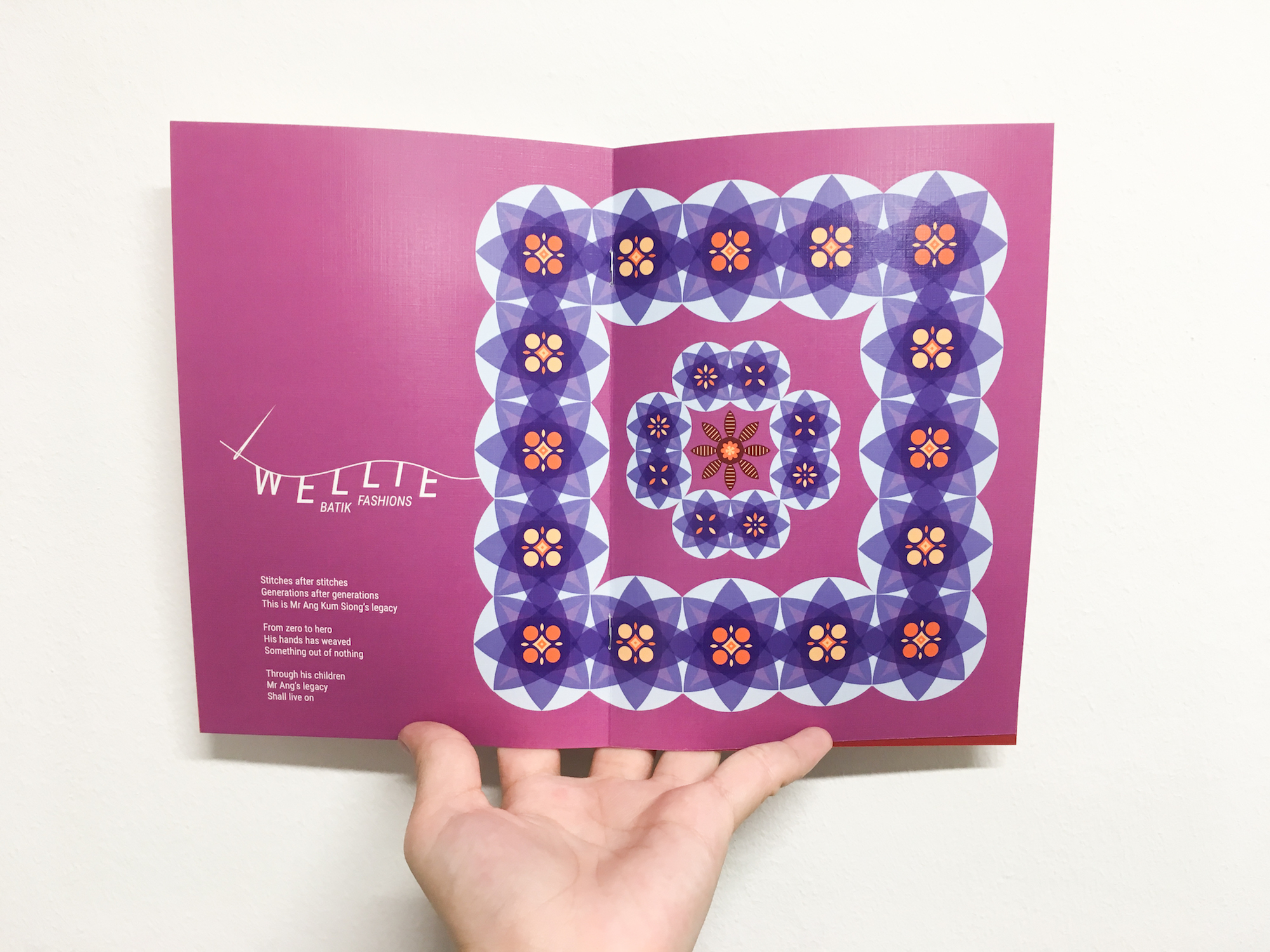 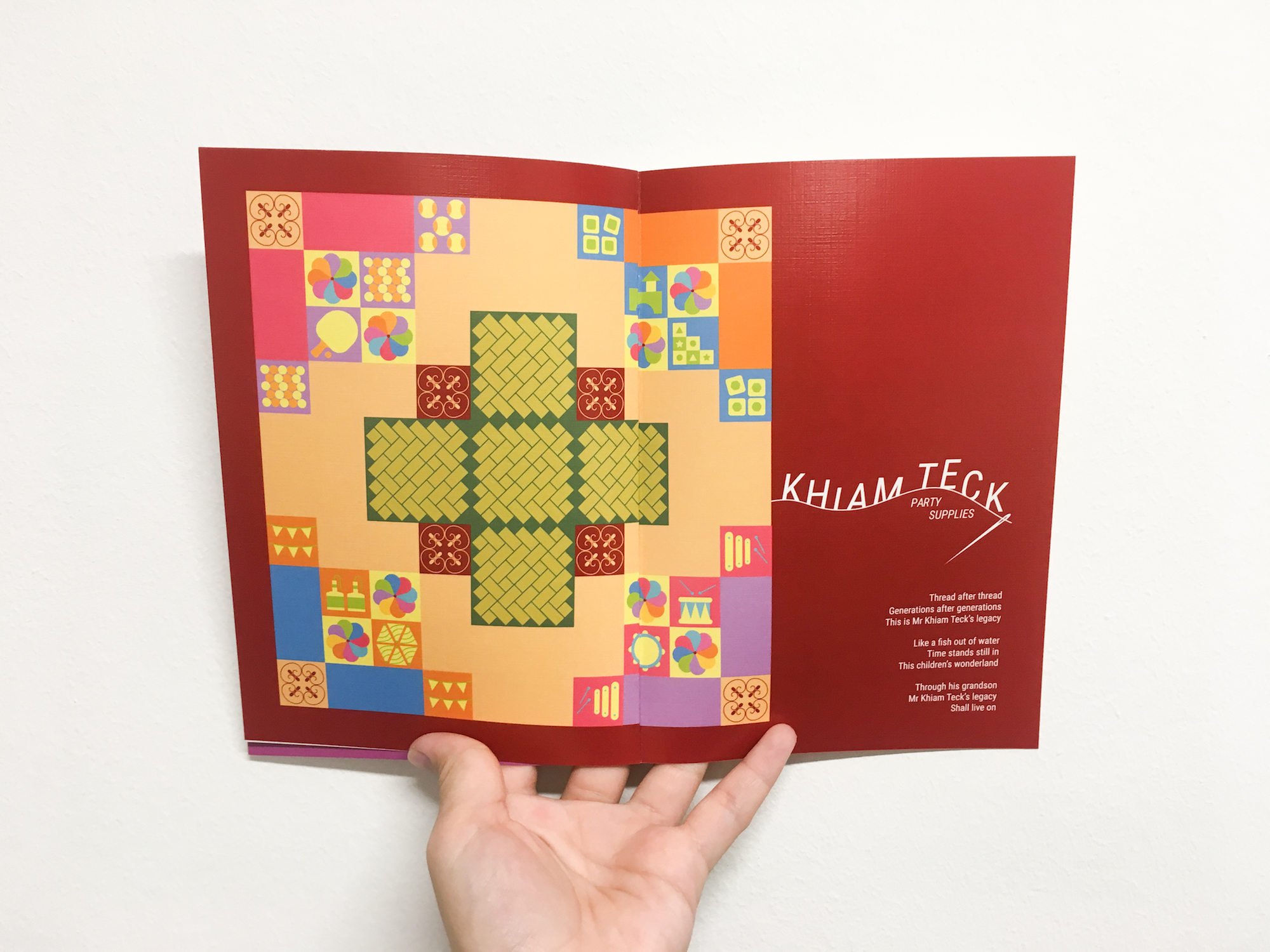 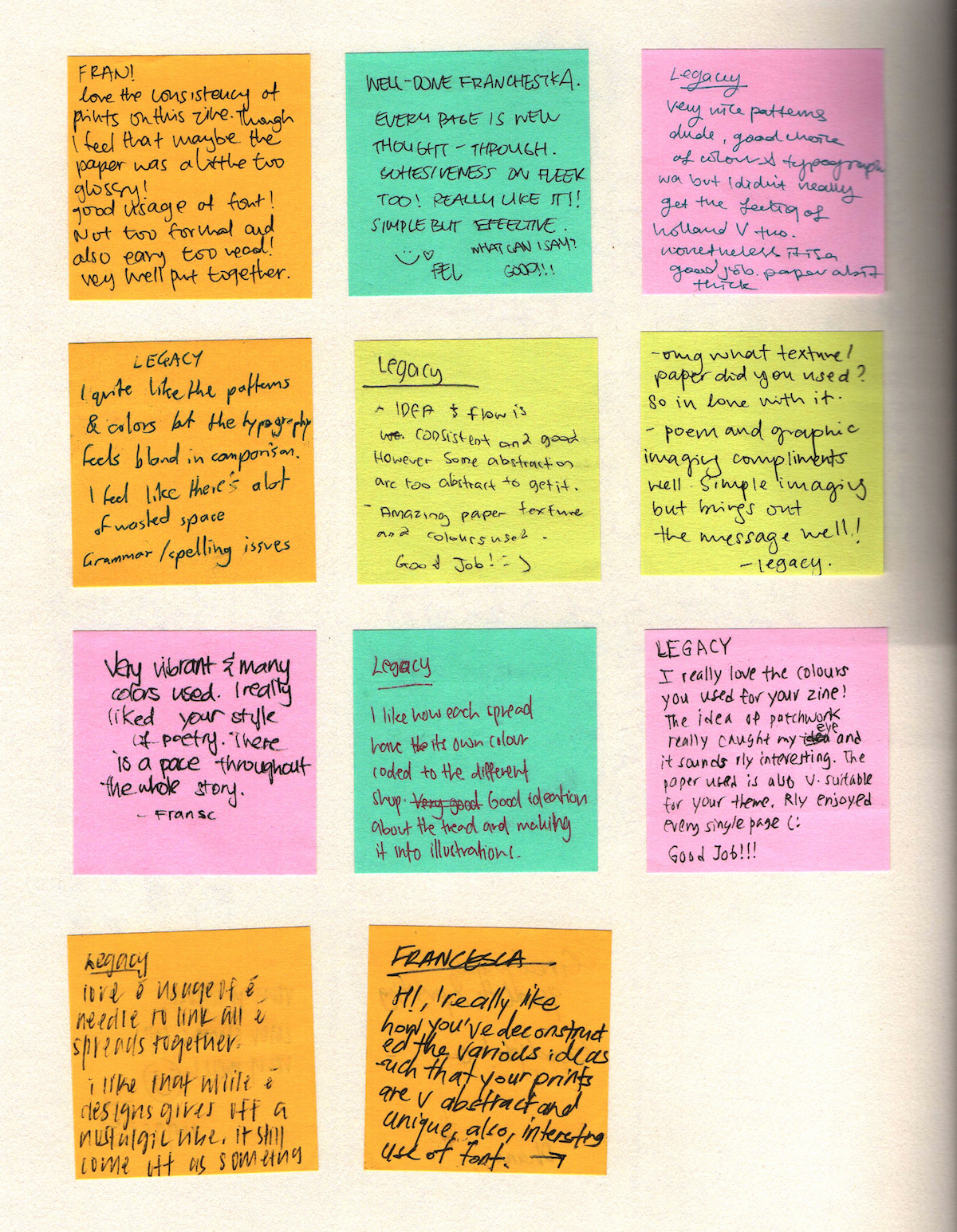 This project has been a challenging yet fulfilling one for me. Holland Village wasn’t a place that I was familiar with in the first place so I was excited to have the opportunity to explore it. Through this project, I learned the importance of doing proper and in-depth primary research of the place because it will definitely give more interesting insights. In the beginning, I was very intimidated by the thought of having to approach people and interviewing them. But after trying that out first-hand for myself, I realised that it’s not as difficult as I thought. Even if people were to reject me, then so be it! I’ll just move on to another person who is willing to share about their experience. This step out of my comfort zone led me to have enjoyable conversations with the store owners, which then eventually led me to my ‘Legacy’ concept for the zine. If I hadn’t talked to the store owners themselves, my concept would probably cliche and feature the conventional side of Holland Village.

As for the execution of the zine, it was challenging to have to break down the shapes into abstract graphic forms that are still recognisable and distinct to the location. Another challenge that I faced was trying to make the entire zine look cohesive. That was why I struggled and spent a lot of time in the ideation stage, because I really wanted a strong concept to tie the narrative and aesthetics zine together. It wasn’t easy arriving at the quilt concept but I’m really satisfied with this concept and the outcome of the zine!