Spread 1 focuses on the legacy of Thambi Magazine Store and Money Changer. The wide range of magazines and exterior of the store serve as my main reference for the design of my quilt motifs. At the same time, since quilt patches can serve as a narrative tool, I’ve decided to weave in Mr Thambi’s (first generation) story into the design as well. 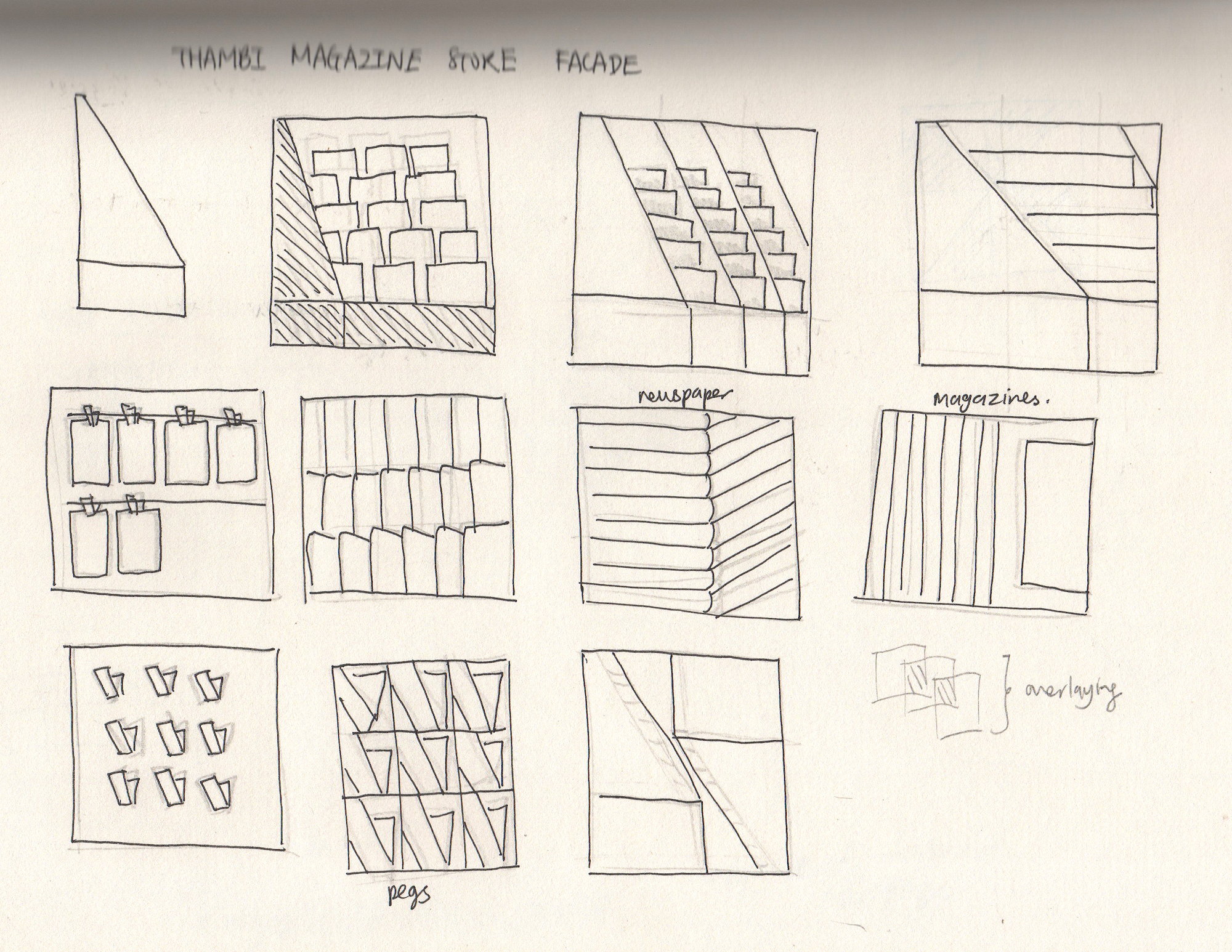 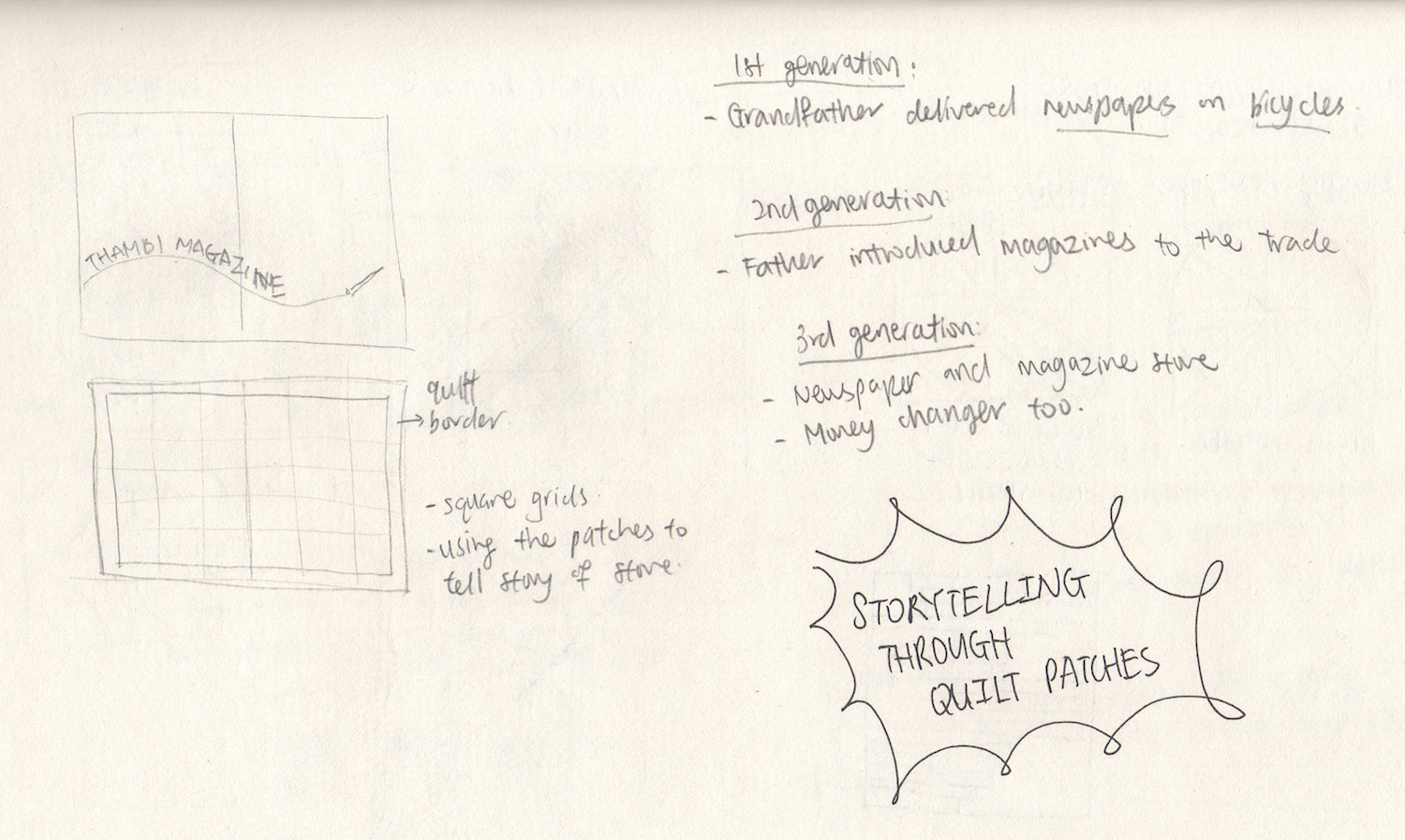 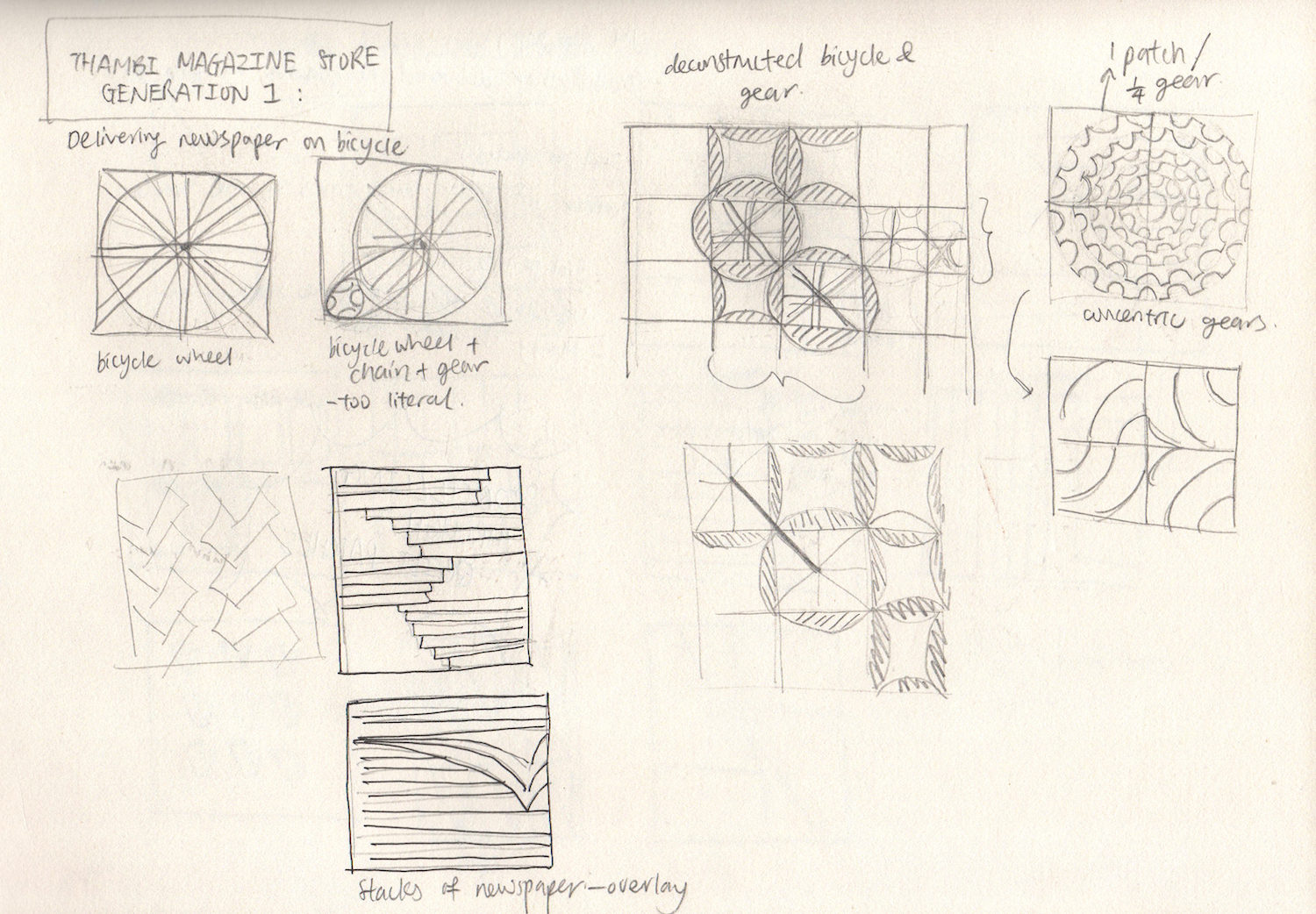 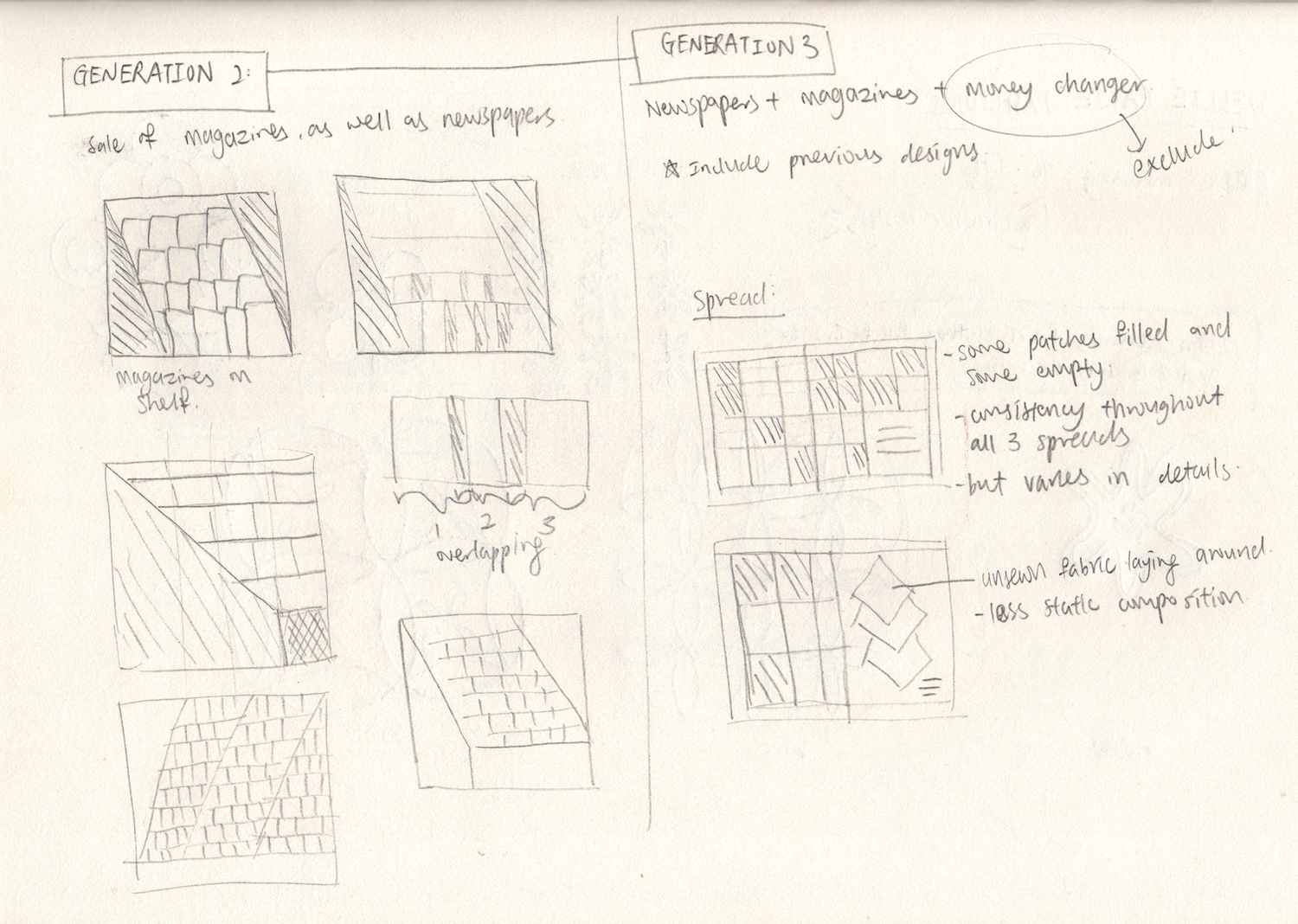 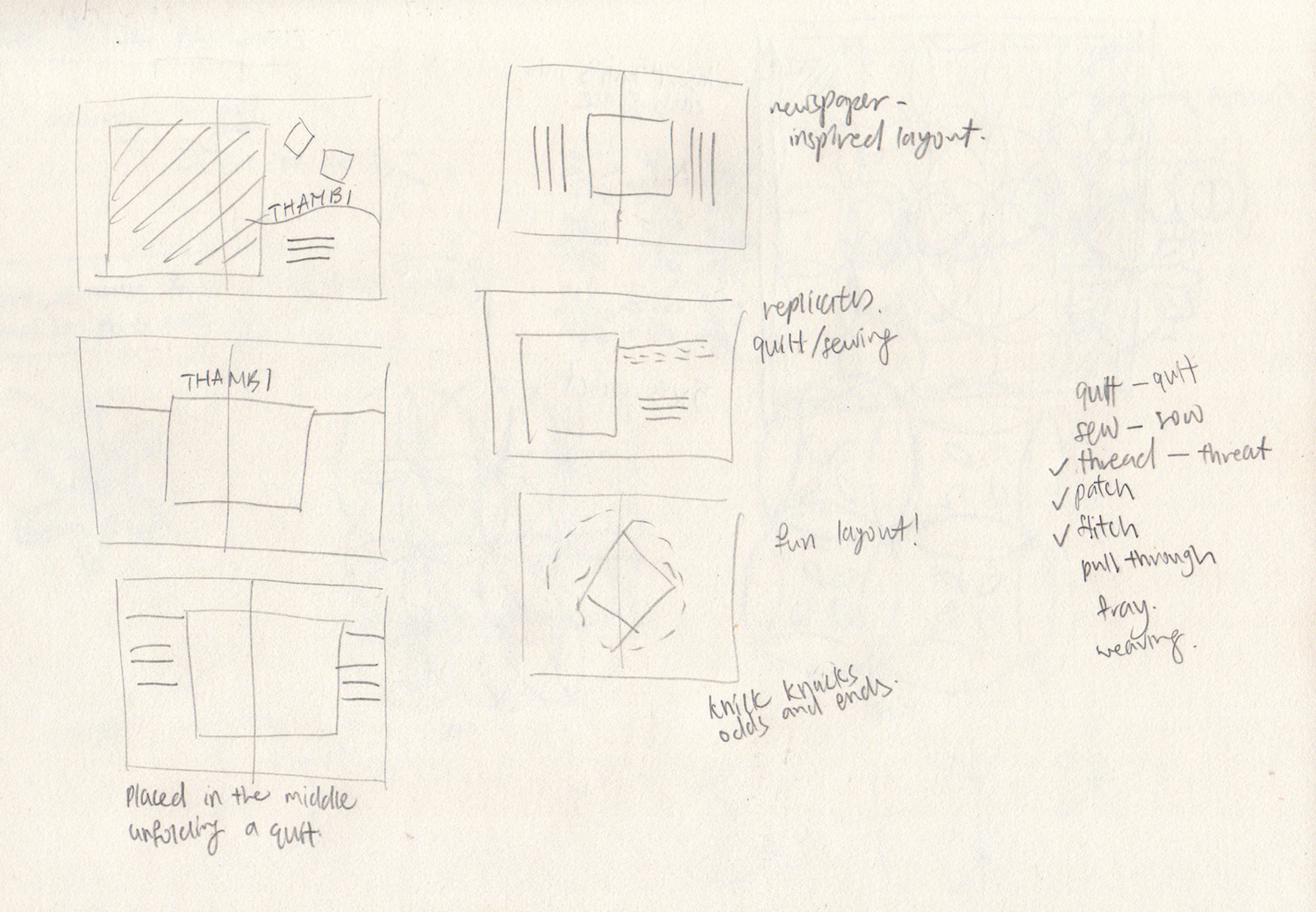 Mr Thambi, the founder of this trade, first started out in the 40s where he would deliver newspaper to the British on bicycle. Hence I decided to incorporate the origin of the trade into the quilt to showcase its humble beginnings.

Motifs inspired by stacks of newspapers and the iconic magazine racks outside the store.

One of the biggest challenge I had in the beginning was figuring out how to arrange the quilt patches in a aesthetically pleasing and logical manner. 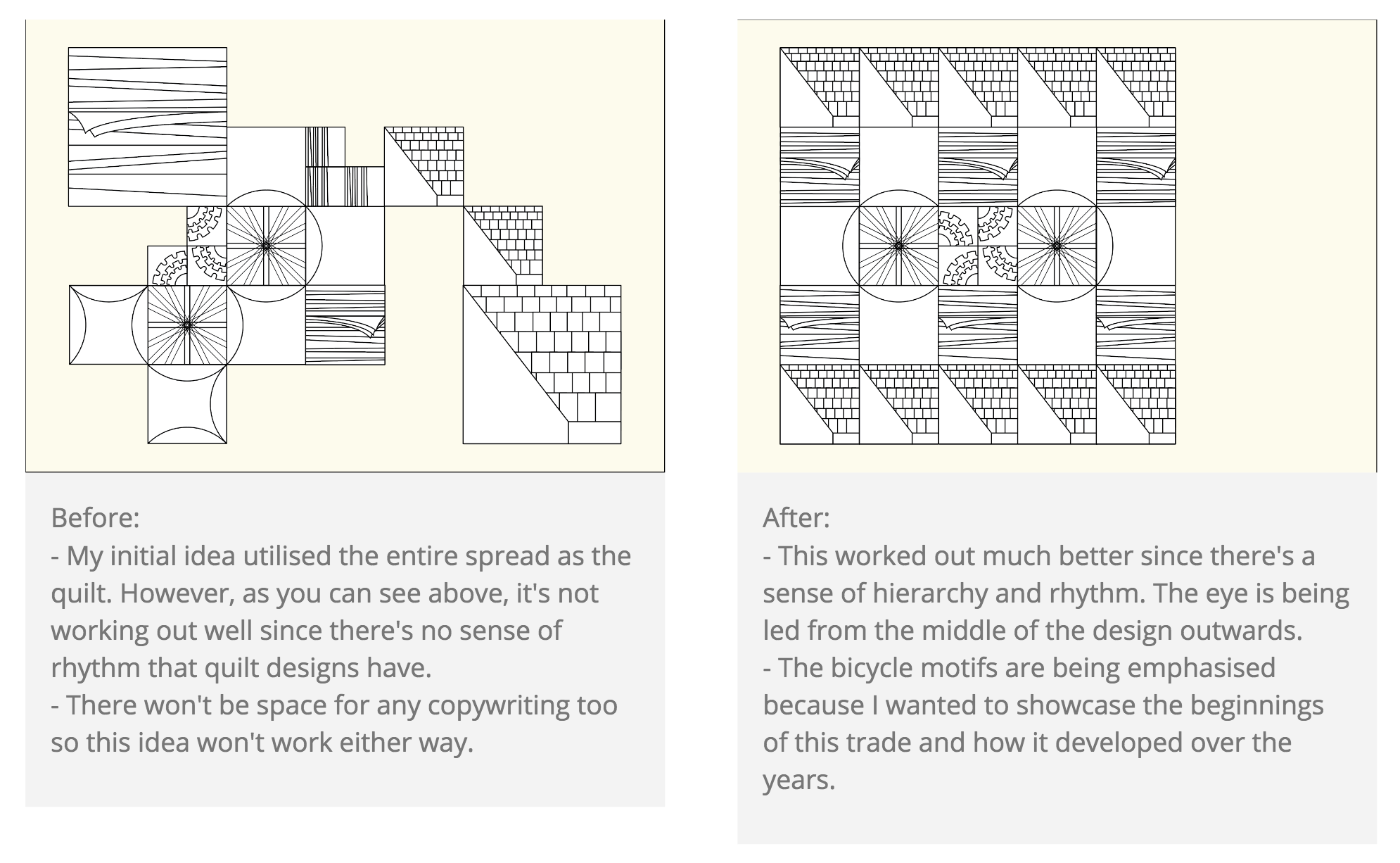 The colour scheme is inspired by the colours of the store itself, which is mainly blue and orange.

To ensure consistency across the entire zine, the spread titles will follow the same style as that of the cover page. 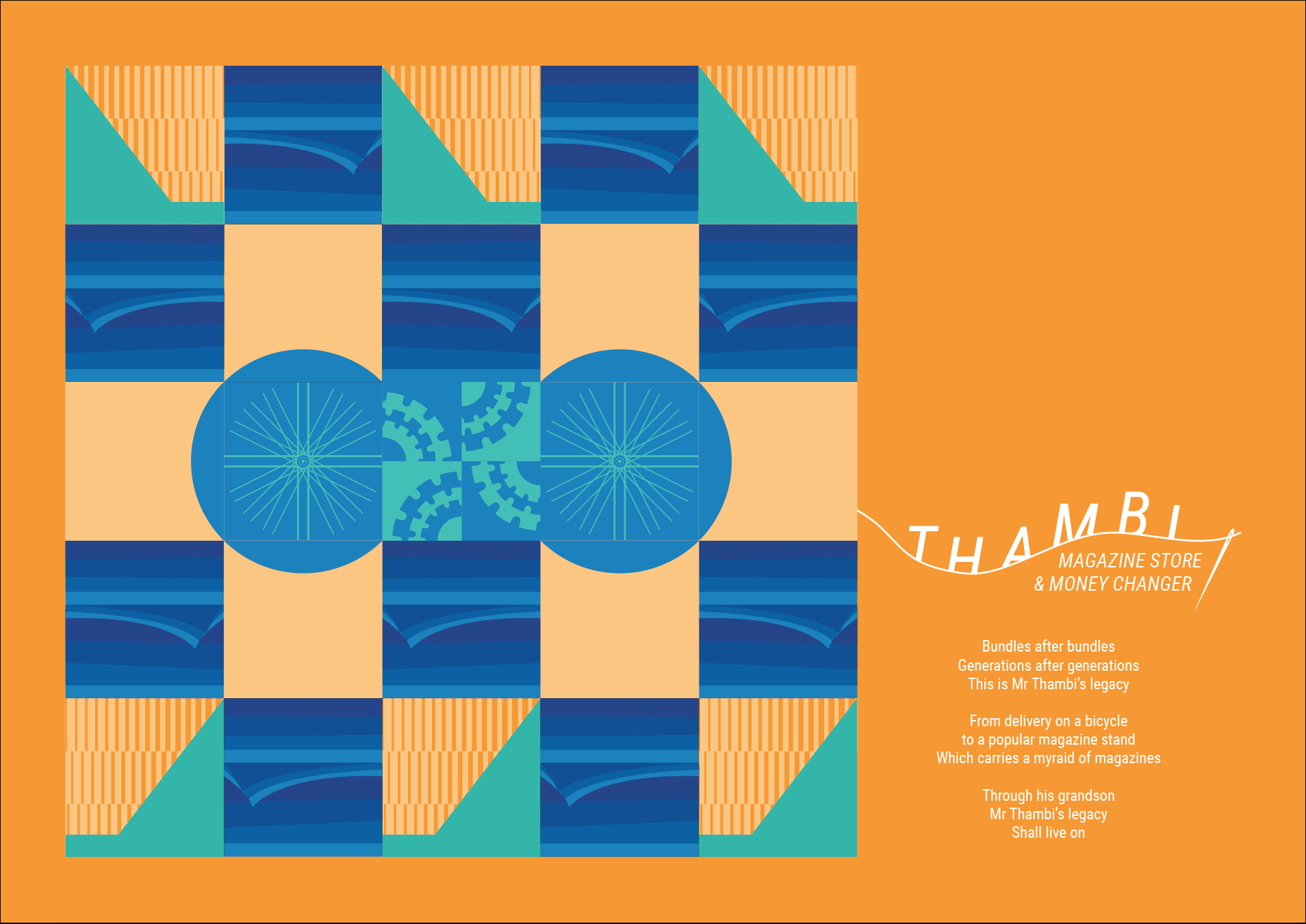 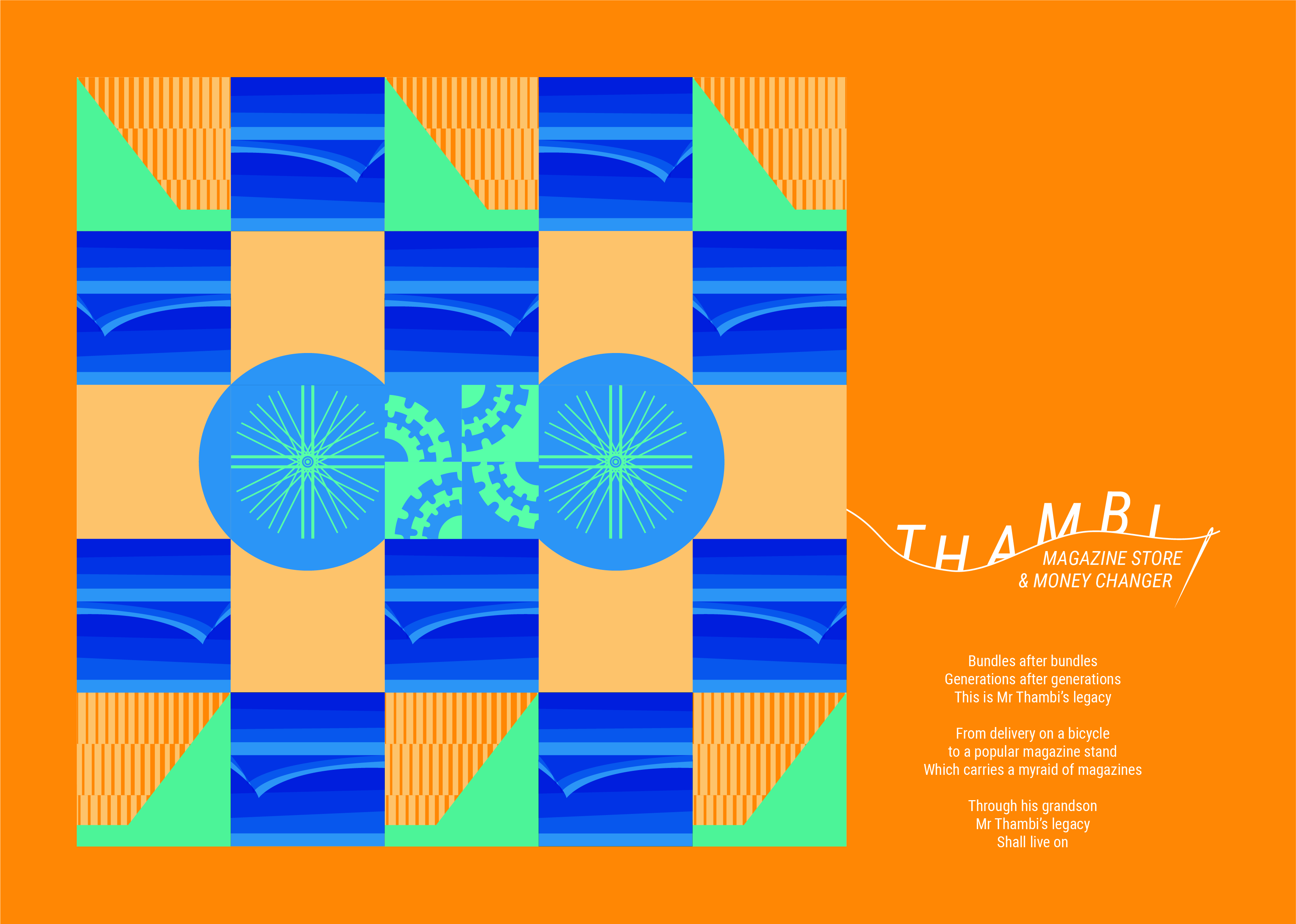