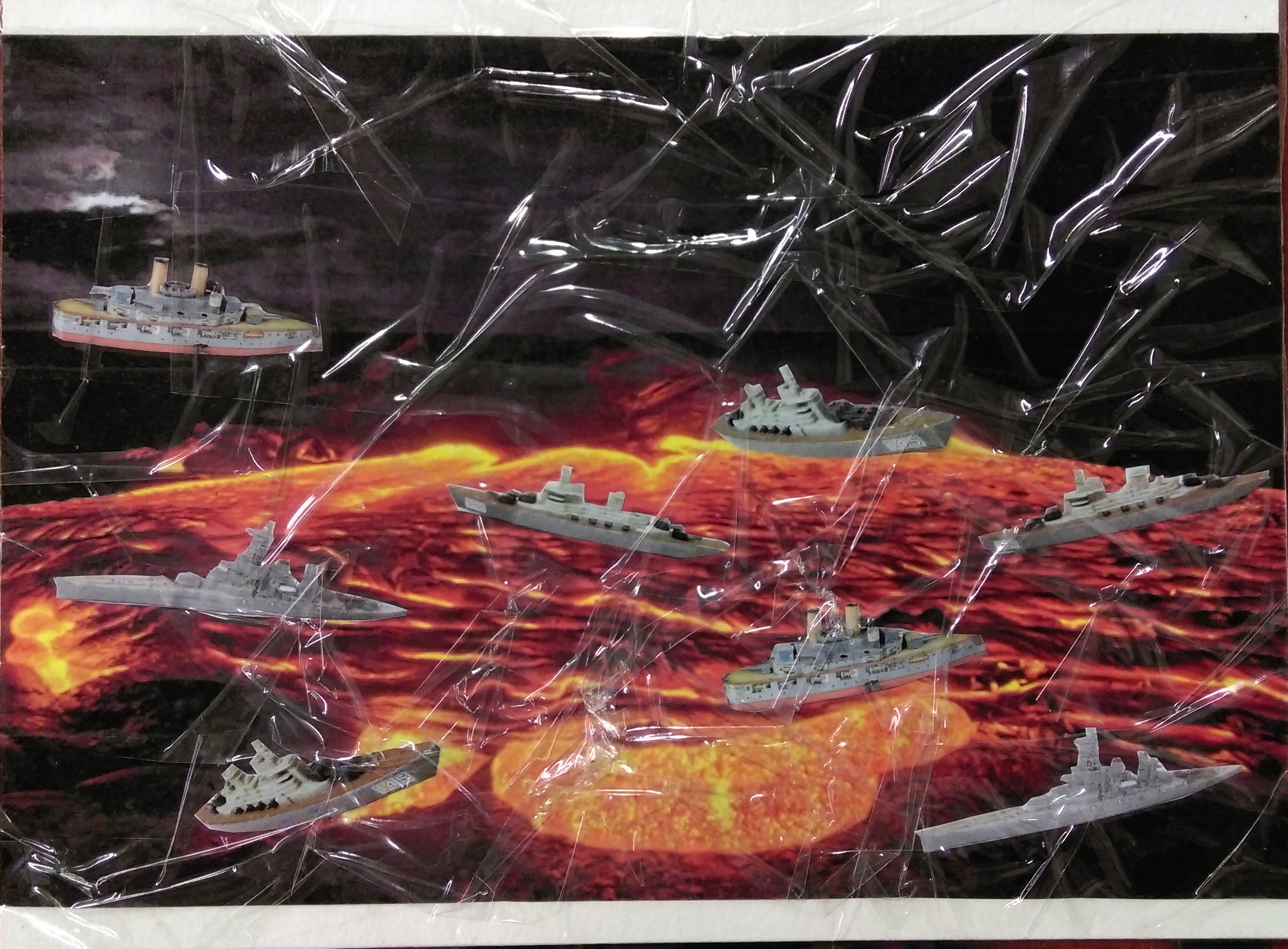 Some say the world will end in fire,
Some say in ice.
From what I’ve tasted of desire
I hold with those who favor fire.
But if it had to perish twice,
I think I know enough of hate
To say that for destruction ice
Is also great

We were required to create a pictorial interpretation of this poem written by Robert Frost. After reading the poem a couple of times, I figured that ice embodies the characteristics of coolness- being unfeeling, uncaring, indifference and fire represented warmth, passion, love and courage. Even though we could use photoshop for this project, I decided to stick with paper collaging which I’m more comfortable with. The first picture is an interpretation of the line

“Some say the world will end in fire,

Some say in ice.”

I cut out pointed shapes out of a marble textured paper to represent ice-cold, hard, piercing shards. For fire, I drew it in happy warm colors to symbolize bubbles of fire. This is rather ironic as fire isn’t always seen as something fun and gentle. Yet with this use of shapes, I hope to bring across the coolness of ice can sometimes destroy burning passions. Such a snide remark or disapproval may cause interests and passions to fizzle over time. A crinkled silver tissue was used as a background to give it it an overall steely feel. The trapeze artiste and explosion is used to symbolize how when fire and ice interact, things (people, feelings etc.) can get destroyed in the process, disintegrating them into pieces. In layering the different backgrounds under the main object (the trapeze artiste), I wanted to create depth to make the image more visually appealing. a mosaic look for the ice portion For this image, I wanted to capture how an unfeeling world would look be- flat and decaying.
I chose this image which resembles a dilapidated room and cut it in a circular shape just like how the earth is and would become if everyone stops caring for it. The waves are stilled and the green hills fade into blackness, everything with lose life when we stop caring for it. I left the circle in the center as the main focus and had the sea take up a third of the canvas to create a more balanced look. The third picture is an interpretation of the line

“From what I’ve tasted of desire

I hold with those who favor fire.”

What I was trying to convey with this image was that those who have experienced warmth of the flame, who have tasted desire (in my interpretation have wanted something, love, experiences, recognition etc.) they would not want ice (ie: destruction)

Destruction here is represented by an explosion of the bomb and desire, by the shiny lips. The sequins is just an extra touch to depict tasting. The blue paint is used to simulate ice, also to block out unnecessary background & bring focus to the explosion in the center. The last image is an interpretation of

This last image depicts many warships sailing on a sea of molten lava, the entire image is encapsulated in creased clear tape to assimilate ice. I wanted to show how in a war, the attacking side does not show any regard of the opposition. Even though it involves guns and bombs/fiery elements, what it really is a display of cold, hard hearts which do not care for humanity.