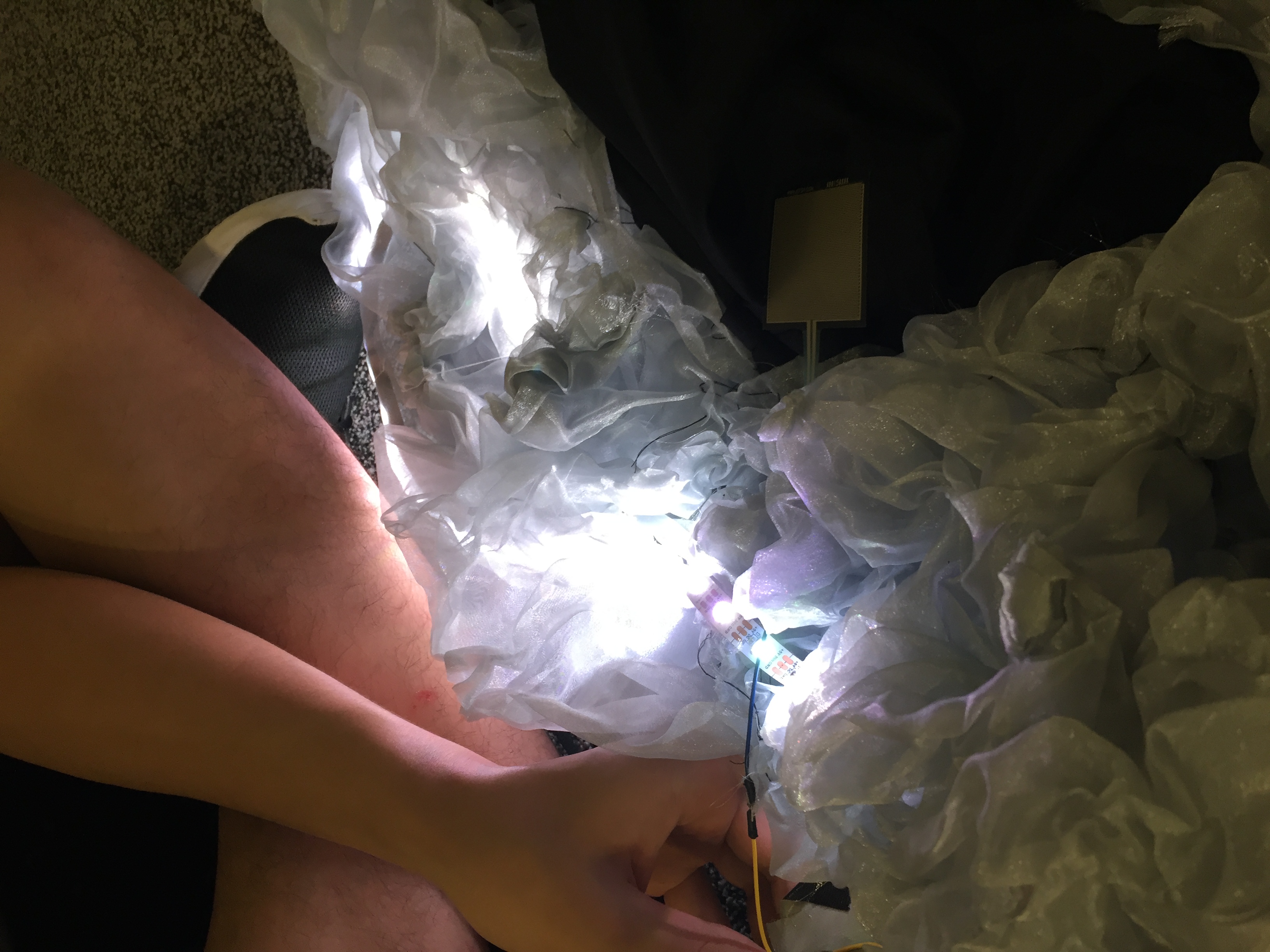 Completion of the dress, back organza layer done 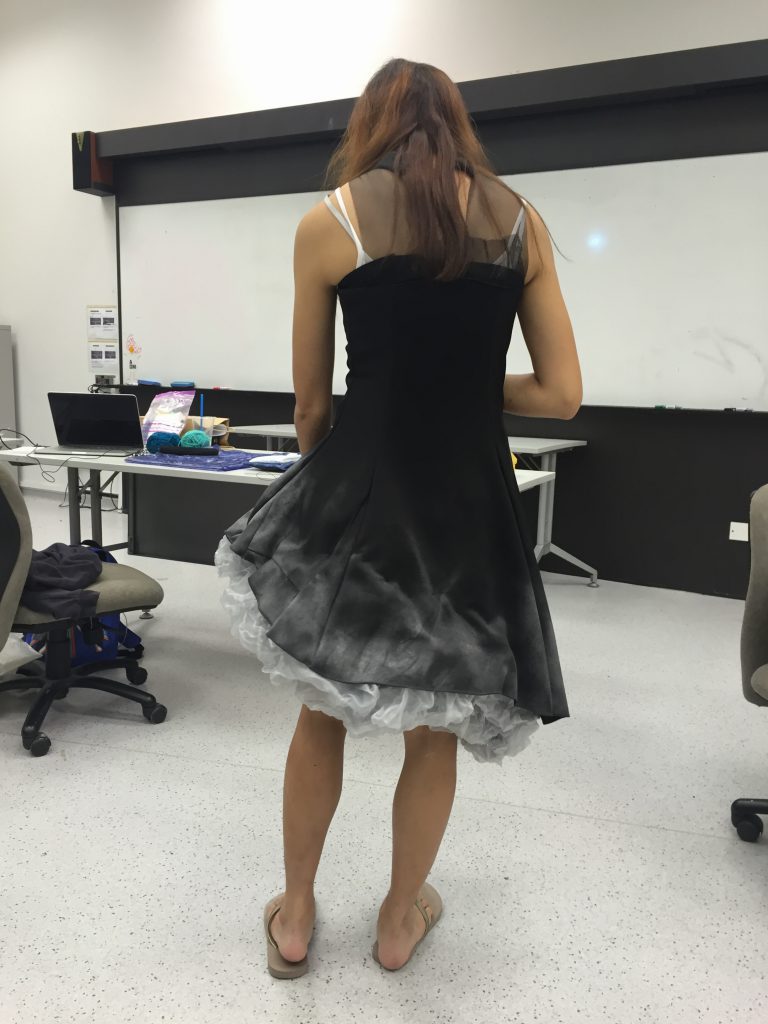 Sewing the LED light into the skirt, via stitching 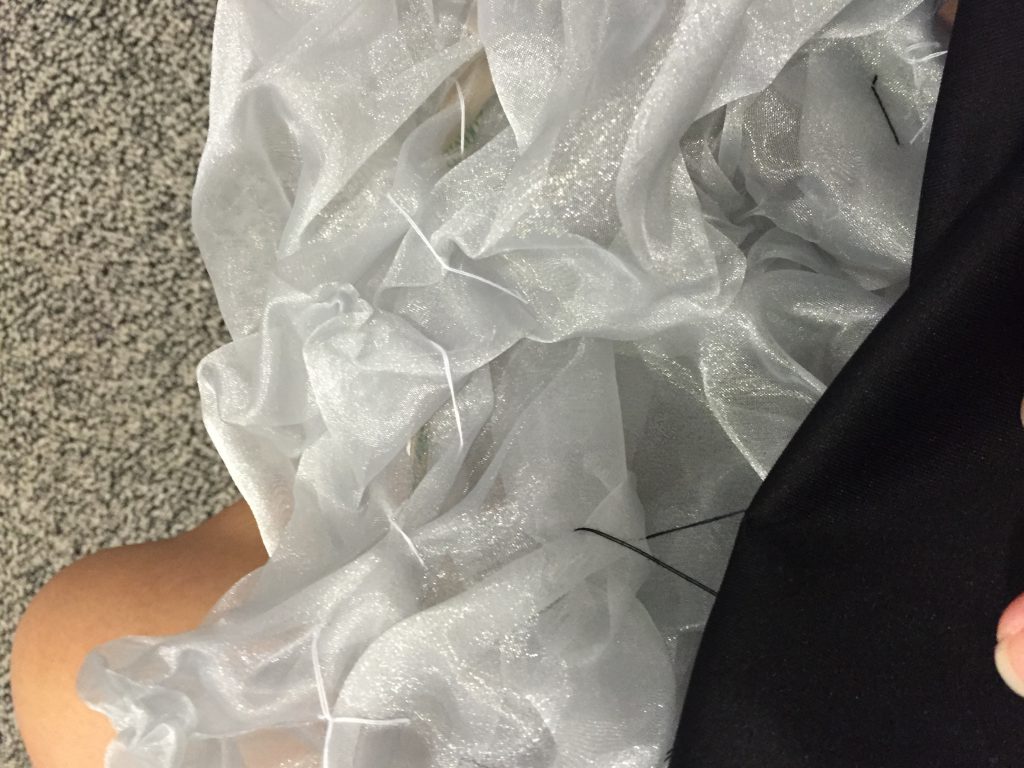 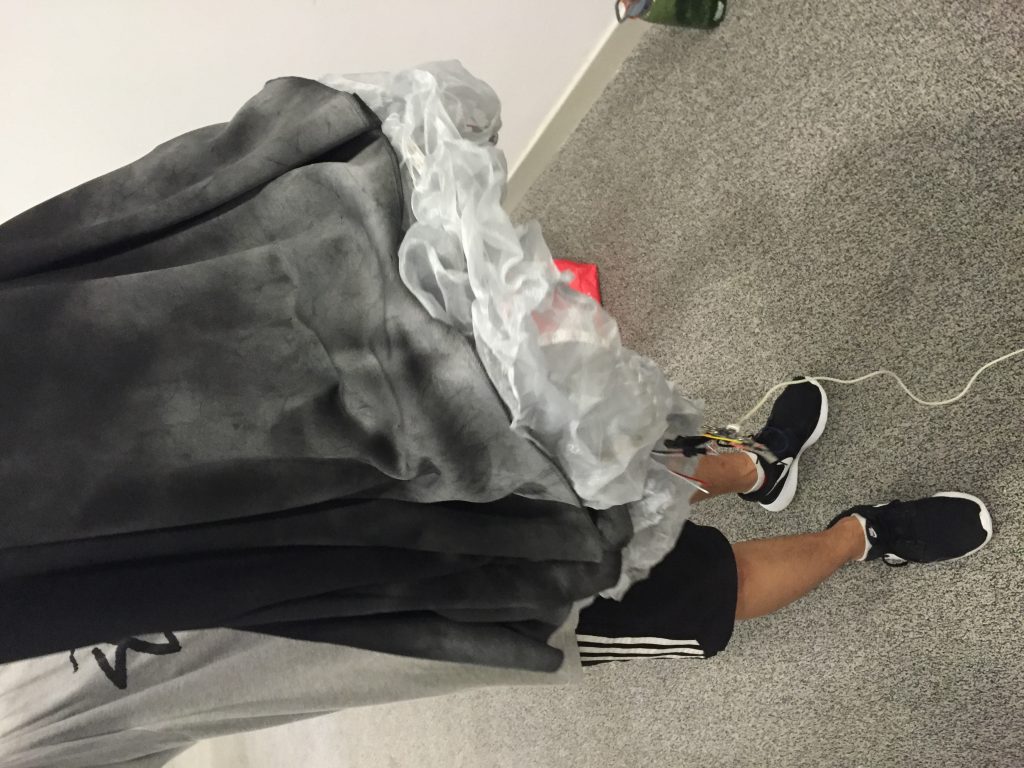 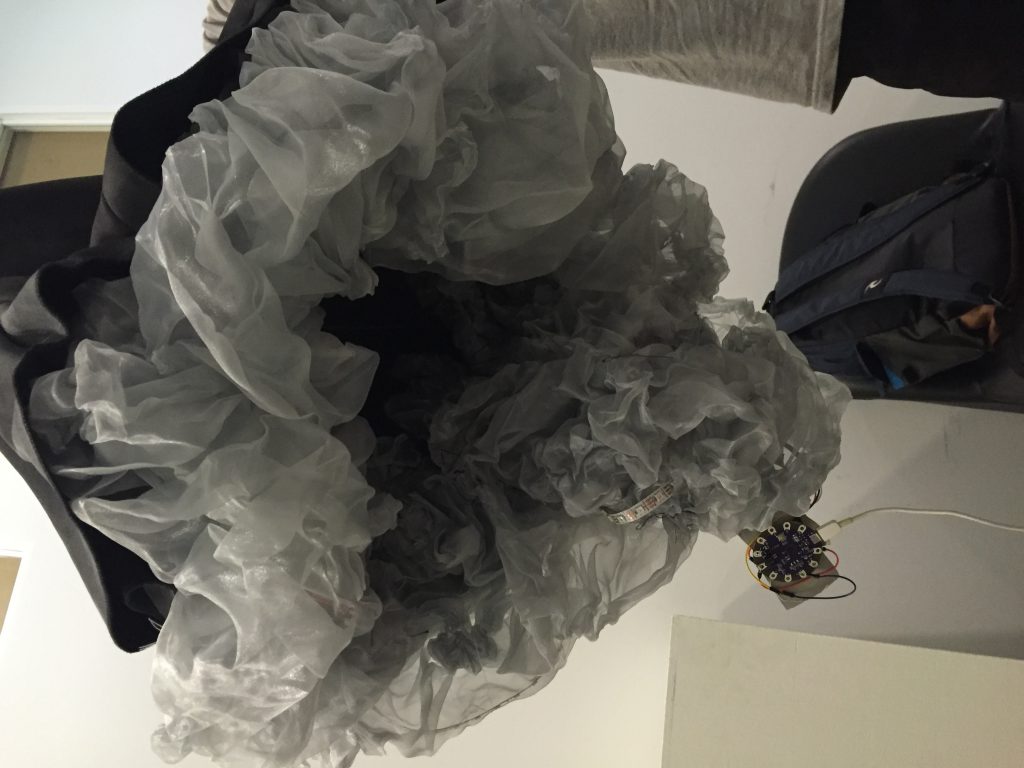 Close up of Arduino Lilypad 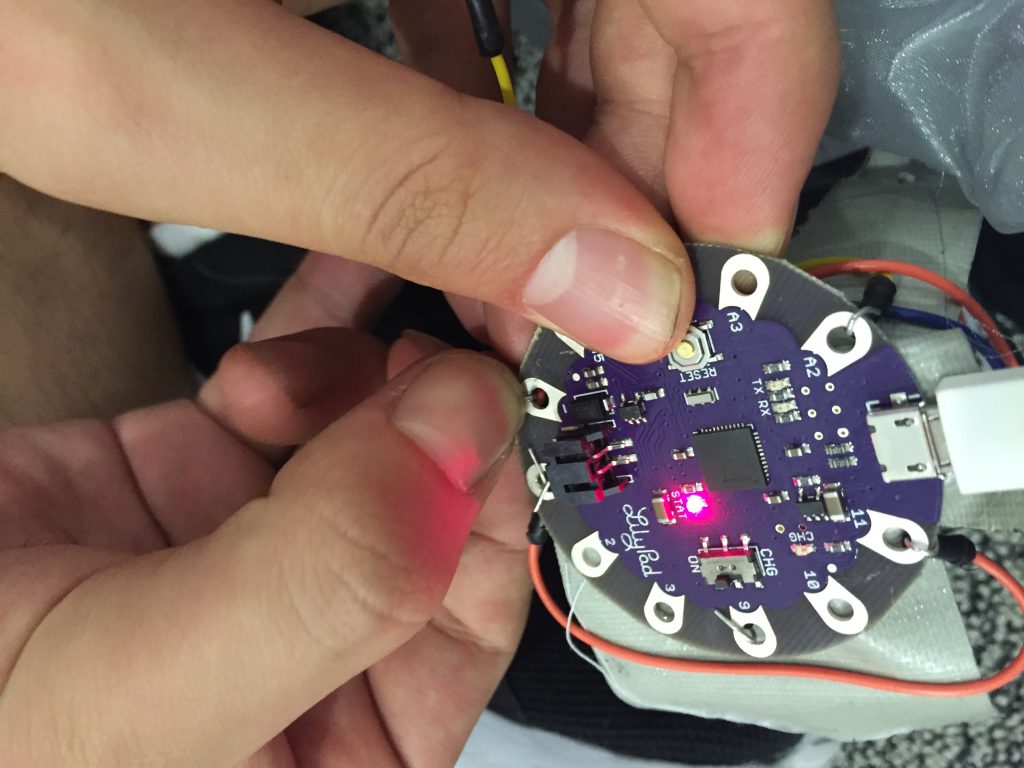 Testing the effect when lit up 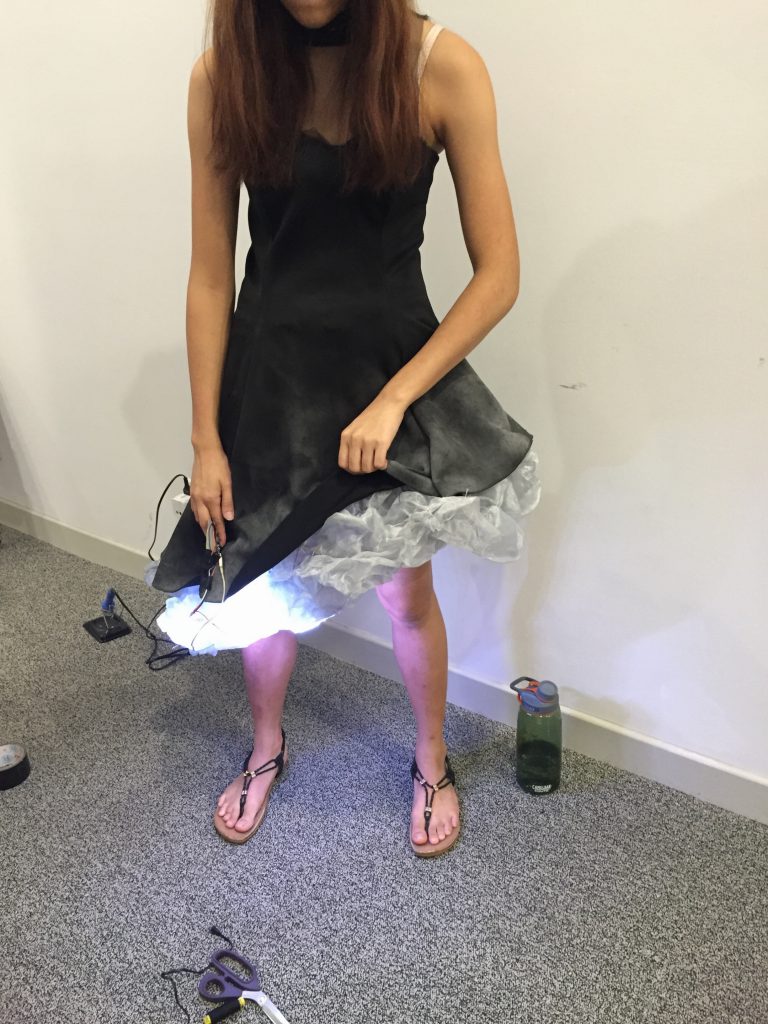 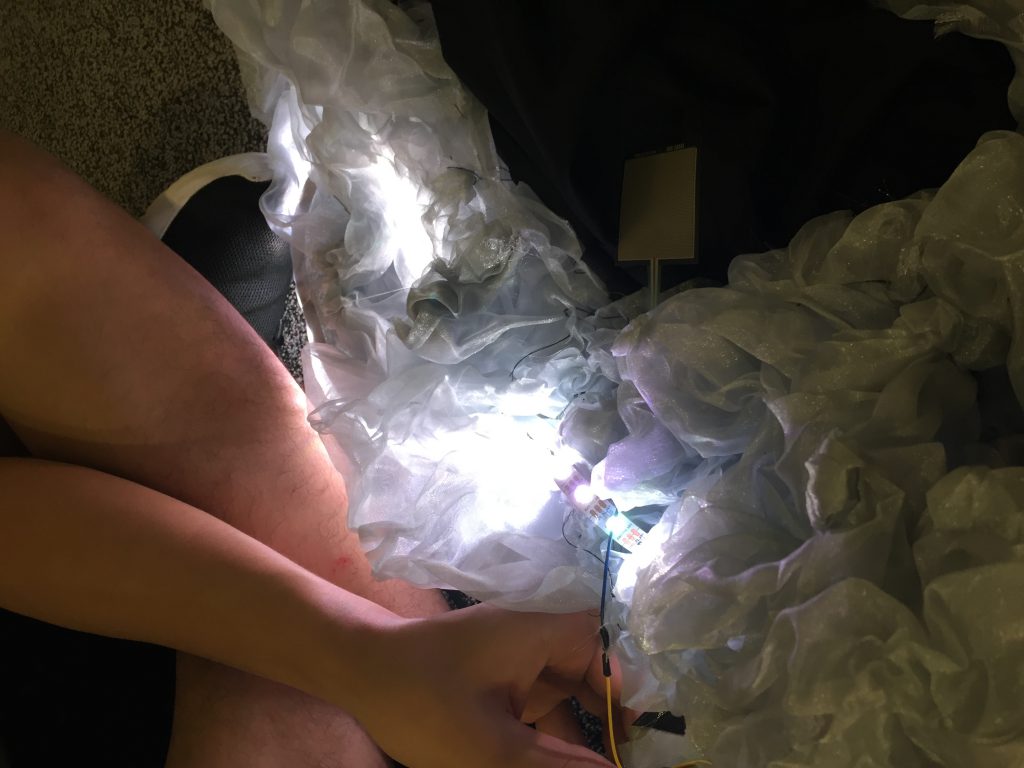 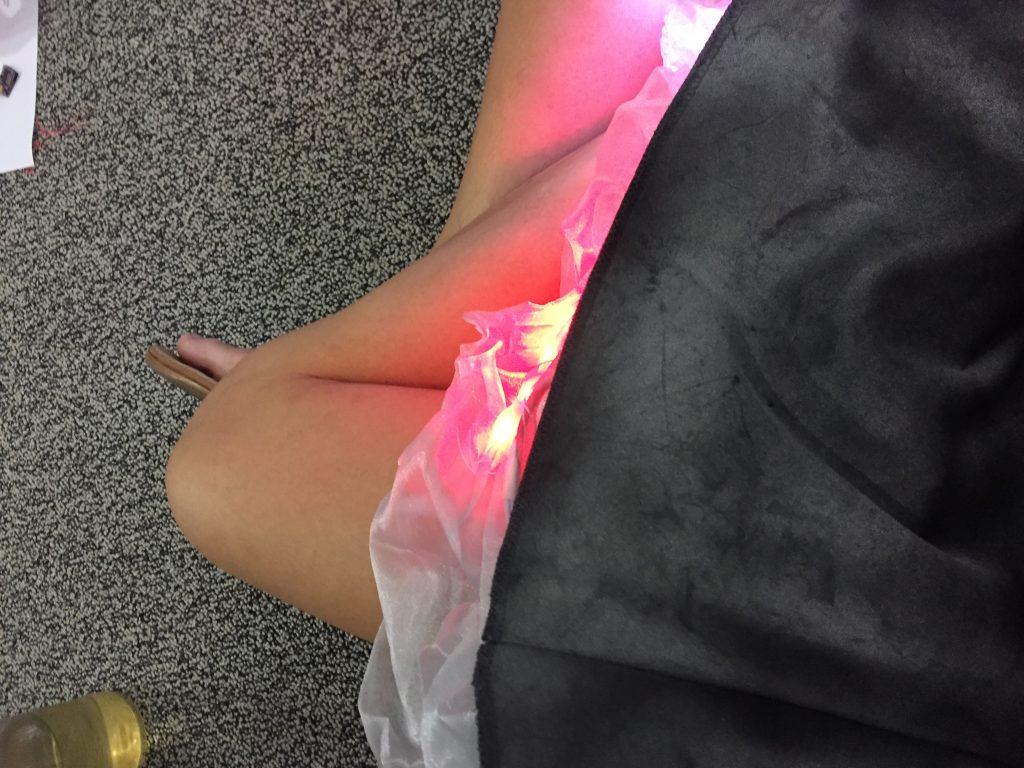 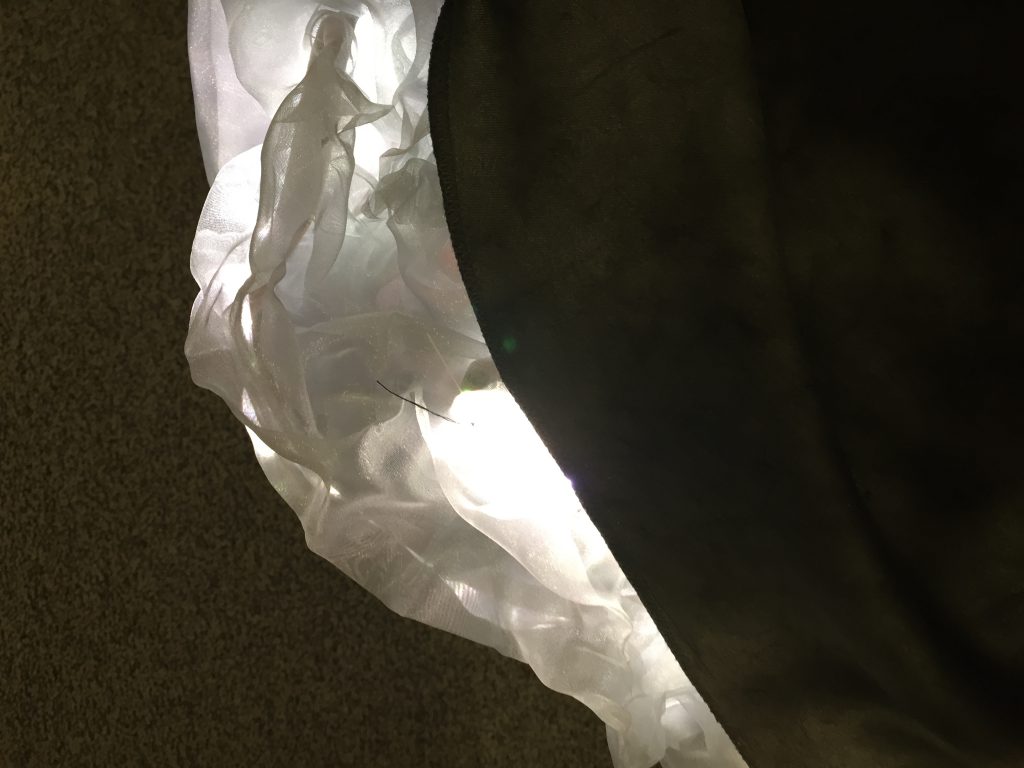 I had to combine solo with Tiffany create a cohesive piece, which initially I could not see the concept of virtual touch in our performance. However, when Angeline came in to do the dance with us but in her own way, I could see the telematic connection and that was very interesting.