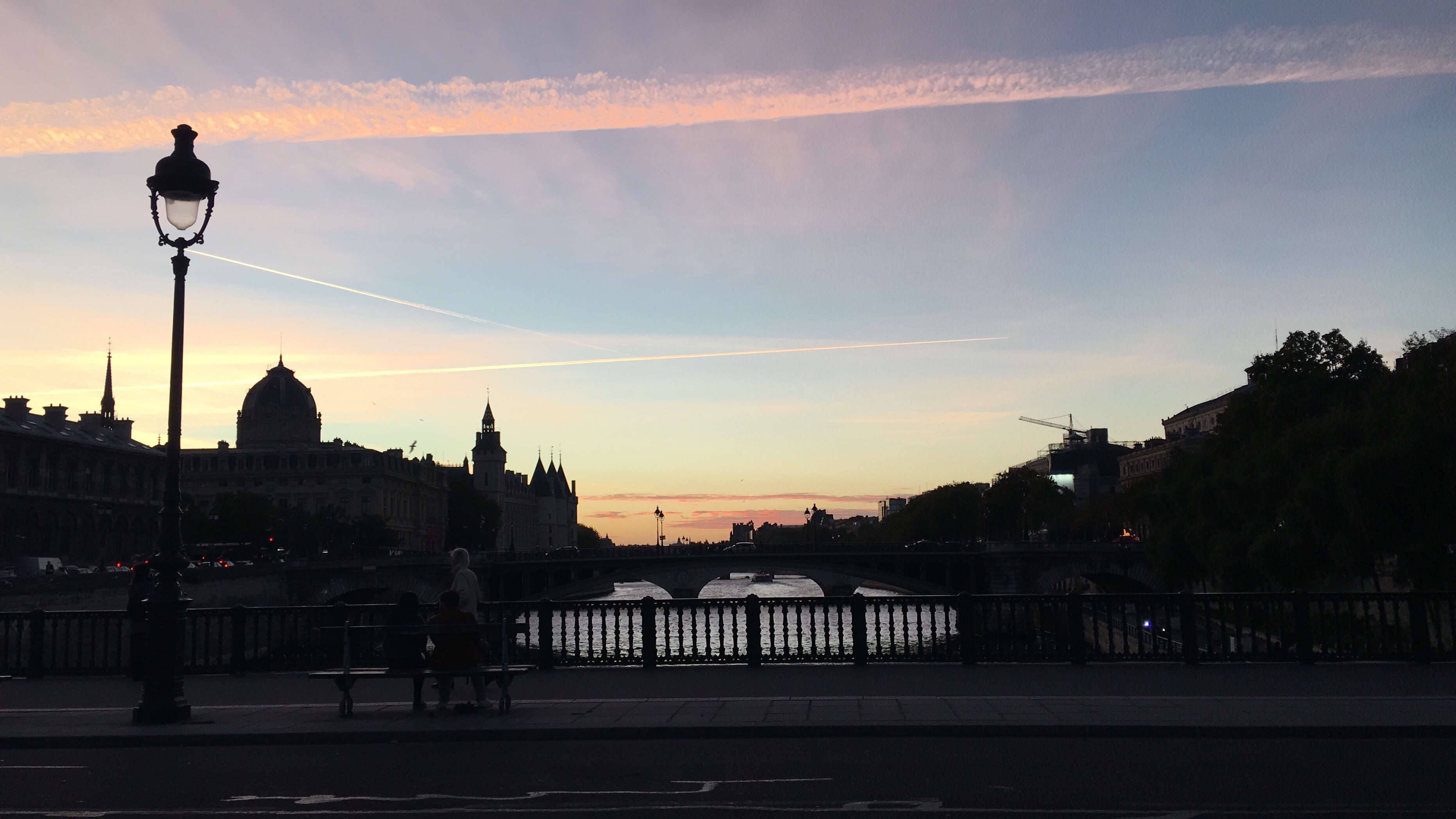 WHEN: On the day I decided to monitor my usage of mobile device, I discovered that I use my phone the most in the morning when I am eating breakfast at home, during my commute to/from work or school, and lastly at night after my dinner.

WHAT: When I wake in the morning, I usually check for messages, emails as well as watch Youtube videos if there is additional time during my breakfast.

During my commute, as it takes a long time to get to my workplace or to school, I check my messages, social media apps and emails first. Listening to music is crucial in my commute, thus I open Spotify to play music. On the train/bus, I often read articles on Medium or basically surf Safari to get knowledge of things I find interesting. Sometimes, I listen to podcasts related to design as I find it is a make my commute productive. Occasionally, at transit points, I use my phone to check on apps that inform me of the bus/train timings.

At night, it is often for entertainment. I watch Youtube videos and contact my friends via social networking.

WHY: Social Networking – To keep in touch with my friends/kill boredom while travelling

Articles, podcasts, Safari – For long rides, to make my commute efficient and productive

I observed others mainly when I was in the train or bus. Most people were glued to their phones. What I noticed was that most people would be on social media like Instagram, Facebook, messaging apps, or being involved in a form of entertainment via the phone. For example, watching drama on the phone and playing games. I rarely saw people reading news, nor educational articles.

Hence, most people use the mobile phone to kill time, keep themselves entertained.

In work, most people put away their phones and only occasionally picked them up if they had to respond to calls/texts that were of high importance.

My trip to France over recess week

I travelled to France over the week of recess, to visit someone. Here, I did not need to use my mobile as often because I had companion who had a phone. I moreover could not use my mobile effectively because, I did not purchase data. Thus, I thought it was an apt timing to try the experiment of leaving without the phone.

And it made me realized how my phone was my source of security. I felt handicapped without my phone, less secure. This also made me plan my day very thoroughly, during the night before.

On the day that I did not use my mobile, I was alone in the morning when I arrived in the airport and then I would have to meet my friend at the city center. We sorted our plan the day before, where I would meet and what time etc. However, when I arrived at the airport, the airport firstly was huge and I needed to get the proper ticket to the city center via train. Without using a phone, this was quite a challenge before I had to rely mainly on signages, way-finding design and people. No GPS, Google Map, texting for directions. Not knowing the language well also posed a barrier, it made me not want to ask people for help. Plus, it did not help that the Paris metro ticketing machine was difficult to use if you were not familiar with it. After fiddling with the machine, I was able to get the ticket I want. Also, I was lucky that a girl was friendly and asked if I needed help. She directed me to the train station, which was where I needed to know. Not using my phone also meant not checking the time often because I do not have a watch – thus I had to rely on public clocks. Eventually I was able to get to the train station in the city center. Even though we had planned where in the station we would meet (the platform), I was constantly worrying over things like “Will I be late” “Will he be there” “What if we are waiting at the wrong place?” In the end, there was no problem with meeting, just over-worry that I had.

Hence, there is a general air of uncertainty when you do not get to use your mobile – the need to rely on public displays which are not present all the time like the phone, not gaining the information you need immediately, affirmation via texting. This also made me realise how the non-reliance on phone forces you to plan your day, and be meticulous about it. It made me weigh out possibilities that could happen, how I needed to tackle situations which I often relied on my phone for (e.g. Navigating), if I do not have a phone.

Moving on, I carried on the rest of the day with me relying on my friend for all of the mobile errands. At times, it felt it would be more productive if I could use my phone and search for directions too – it will be faster. Basically, I was relying on someone’s else mobile device. It sometimes made me feel like I wished I could do something.

Not using my phone has enabled me to be more observant to my environment. I was much more wary for signages, timings and knowing the direction to head to. It also allowed me to observe people more detailedly since I was not glued to my usual habits of reading/texting on the phone. In Paris metro, I did not see a huge number of people playing games that often as compared to Singapore, and they were not as engrossed to the phones. People would use their phones to read, social network, listen to music, but they would also just listen to music and stare blankly. Since train rides were longer, it was evident that seats were also designed to cater for such context, more chairs facing each other for easy communication between groups of friends. This were interesting observations I gathered.

All in all, it was not overly difficult because we live in developed cities where way-finding and signages are well designed for people to find their way around. Occasionally, especially being in a foreign country speaking a different language, it is more confusing, but it is still doable. I felt that it was an interesting, eye-opening experience.

Yet, this also reminded me the importance of mobile devices being designed to make things so more efficient – for example, things like way-finding, navigating, planning on the go. It gives people certainty, as well. Of course, there is also the entertainment and networking factor – our mobile devices connect us to our friends and at times we feel lonely without that. However, this is brings me to a food-for-thought: Are we overly reliant on mobile devices to socialize with friends, so much that we compensate real-life communication? Perhaps actually mobile devices is making us lonely too?

Due to the ever-changing and evolving nature of digital artifacts, being increasingly complicated, this also results in interaction design being complex. It is a really insightful reading about how design is not focused on coming to a solution based on the given problem. It is contradictory and full of dilemmas, where a designer has to think of new ways to perceive people and their daily lives, yet at the same time understand and empathise with others’ views. Being an interaction designer is a reflective process – being aware and tending towards one’s own design ability, the designs one produces, and how to impact the world by design ideas and decisions. It is important for designers to self-reflect. With the importance of reflection as an interaction designer, this reading also posed a really important question:

What is good design?

Examples of digital products that are disruptive to the industries

Good is relative to societal laws, regulations, agreements and contracts – plus considerations from democratic, cultural, and environmental ideals. It is hence a process we defining and redefining, based on reflection. While personal tastes might lead to differing opinions of good design or not – there are also practical signs that a designer can look at to gauge if a design is effective – e.g. a digital artifact that manages to truly disrupt industries, because it satisfies users’ needs.

Airbnb can be used as an example for thoughtful interaction design. It pioneered the way for new system where people could stay at apartment of a local, instead of the need to splurge on hotels. The designers had a goal of making users feel at home.

By designing a system that travellers could be matched to a home, neighbourhoods and experiences – this truly enabled people to feel more like they belonged to the country they were travelling in and hence gain an immersive experience. Their Design Language System (DLS) from the time of their humble beginnings of being a small company, compared to today, has been constantly evolving. This is a result of constant reflection to match the needs of upscaling to global needs, to changing trends and technology. According to Alex Schleifer, the vice president of Airbnb design, he mentioned:

It’s now owned by everyone that works on our product, which means it’s growing and changing every day. The way we look at it, we’ll never be done.

A design system needs to evolve at the pace of the company – or preferably even be slightly ahead, so it can support new projects.

Therefore, it is a constant process to match up to the growing complexities of systems – just like how thoughtful interaction design requires constant reflection.

It is worth mentioning how design is described as being so exciting as it can be driven by a will for change – changing how people live their lives and shaping their environment. Airbnb likewise was known to be disruptive to the travel industry, shifting people’s perception of accommodation – from hotels to wanting cheaper, immersive experiences which Airbnb offered – so disruptive that even countries had a ban Airbnbs to protect their hotel industry. It shows how powerful design thinking can be, especially when it is constantly evolving with reflective processes.

Back to the idea of ‘good design’, can a design be so good that it is then seen as good and bad in terms of its effects? For example, for Airbnb, it is effective to appeal to users. However, not so appealing to governments who want to protect a hotel industry. Its disruptive nature has caused much changes in the travel industry – does this also result in new systems to develop?